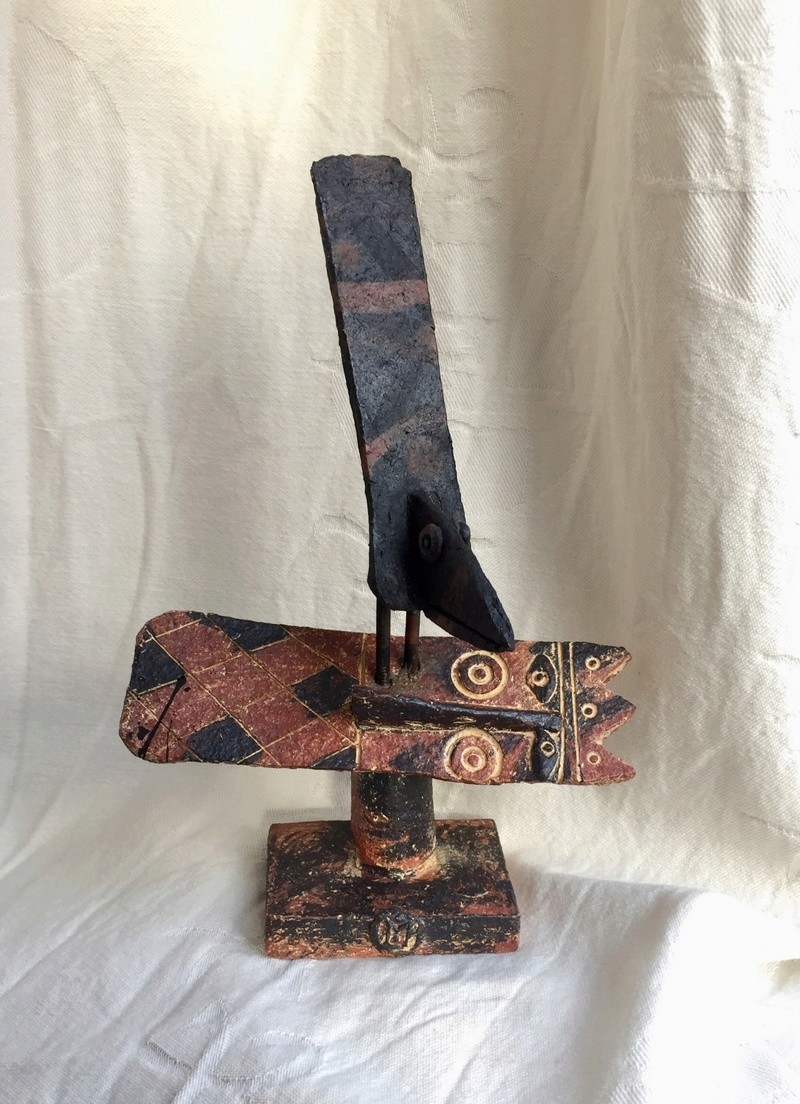 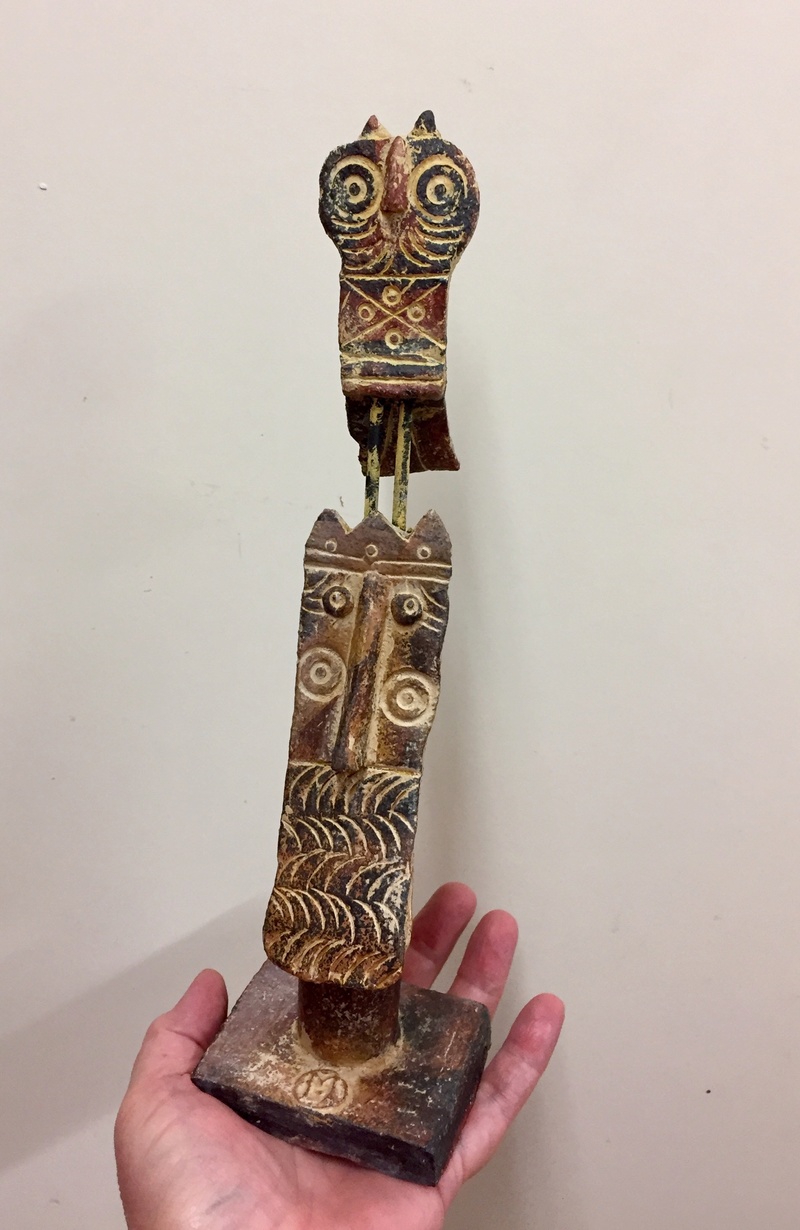 stoneware vase, I'm sure we have seen this M mark before but the potter's work doesn't impress me so I forget the name?

this piece seems similar to the one post today for id
_________________
"Changing your mind when you know what’s happening and you don’t like it. That’s what democracy is all about"

On the Stoneshill/Spike Pottery thread? Looks like Philpot’s Maltby mark that he posted on that thread.
_________________
Just my personal opinion, take it or leave it. 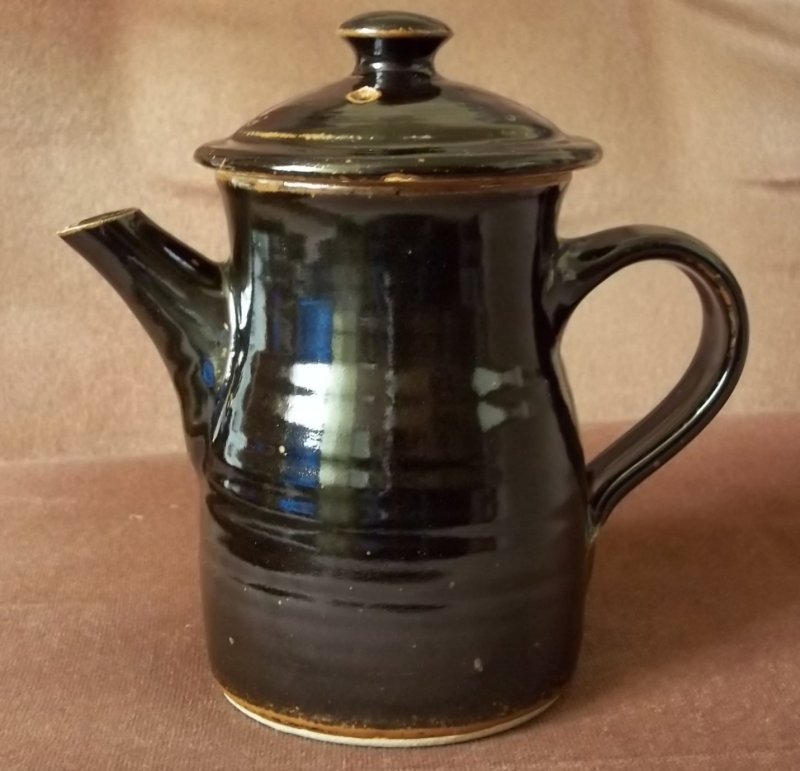 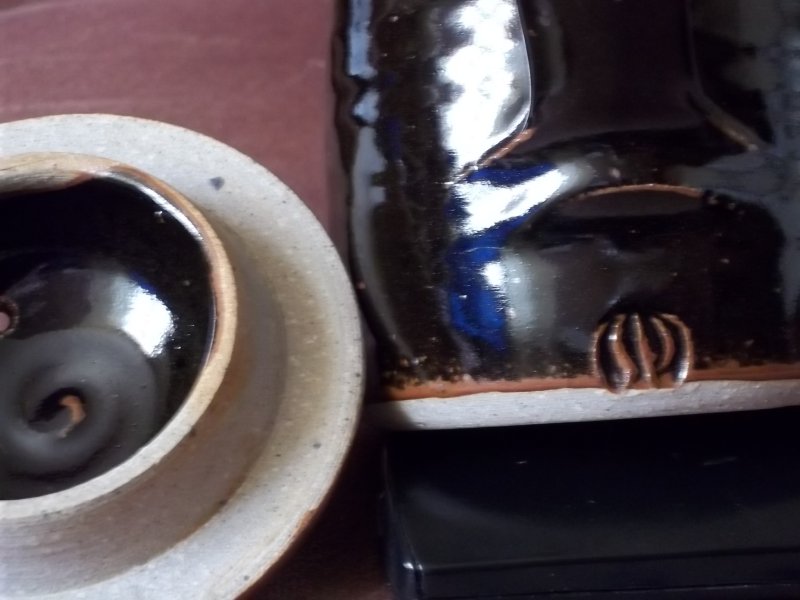 I have been going through my old photos recently and came across this selection from one of my previous exhibitions. After putting them on display I did decide to keep the jug for myself. 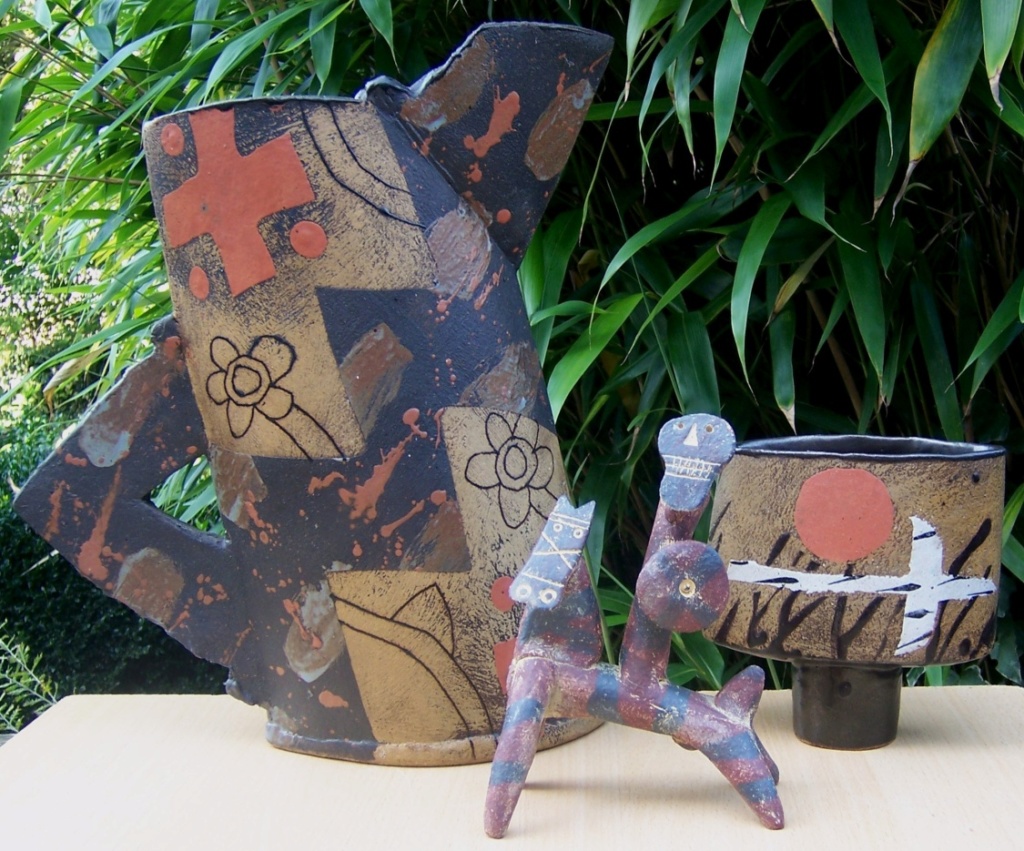 Nice. Very nice! You can see clearly why John Maltby is so popular. As a matter of interest, could you give a date to the little rider?

The image above was from late 2014 and I would have bought that directly from him earlier that year. He was making more smaller pieces, such as the horse and rider, then and from what he said I would suspect he might have started making them around 2010 or slightly later.
_________________
Now you should know by now that Potty and I need to see your bottom - we're funny that way! 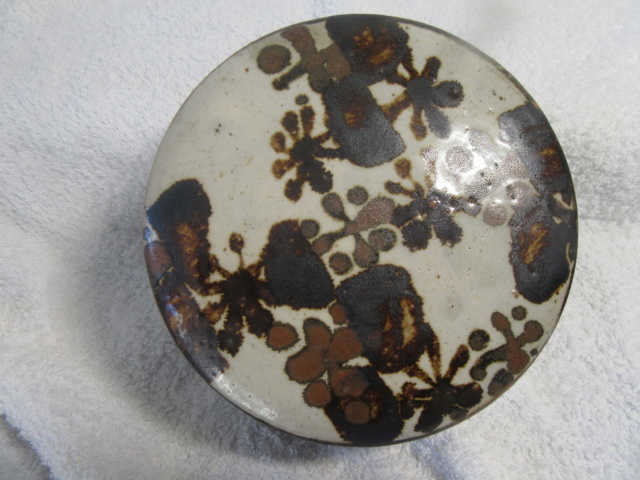 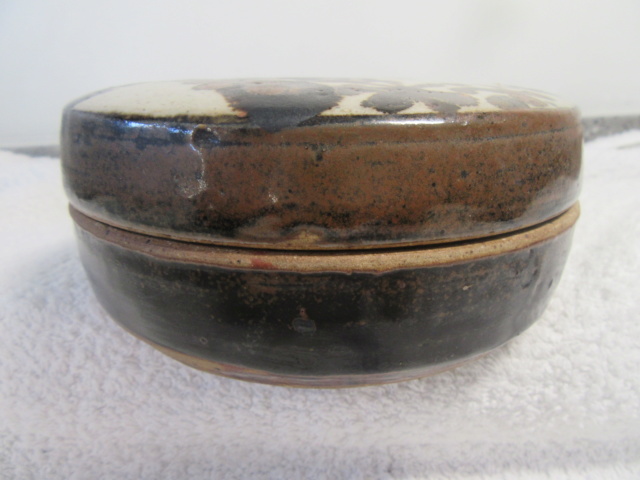 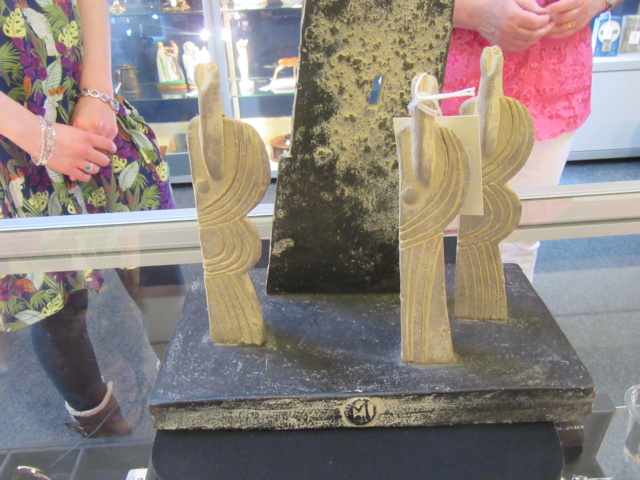 At auction a few years ago. 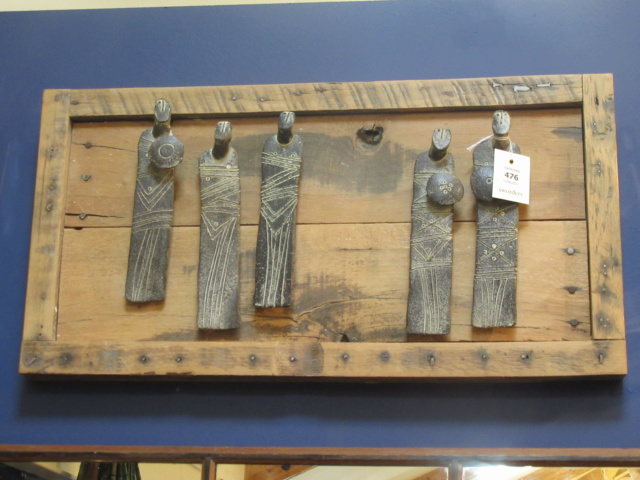 Now this was a curious beastie of a Maltby. The rough hewn wooden backing must be quite rare. Also one of the figures had fallen off an hAd been lost. Cheapo? No, again it went for a substantial price. Perhaps its rarity made it unusual.]

Its all about Eve....and she always needs a candle holder to show her the way. Earlier work. An unusual one. 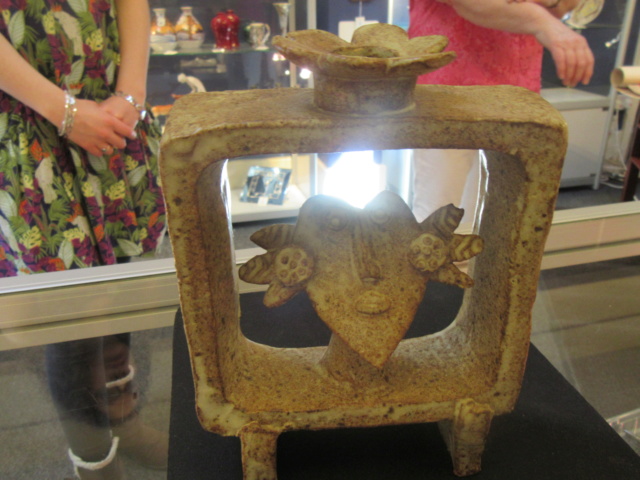