But he did use his personal mark.
Rare tho they are. 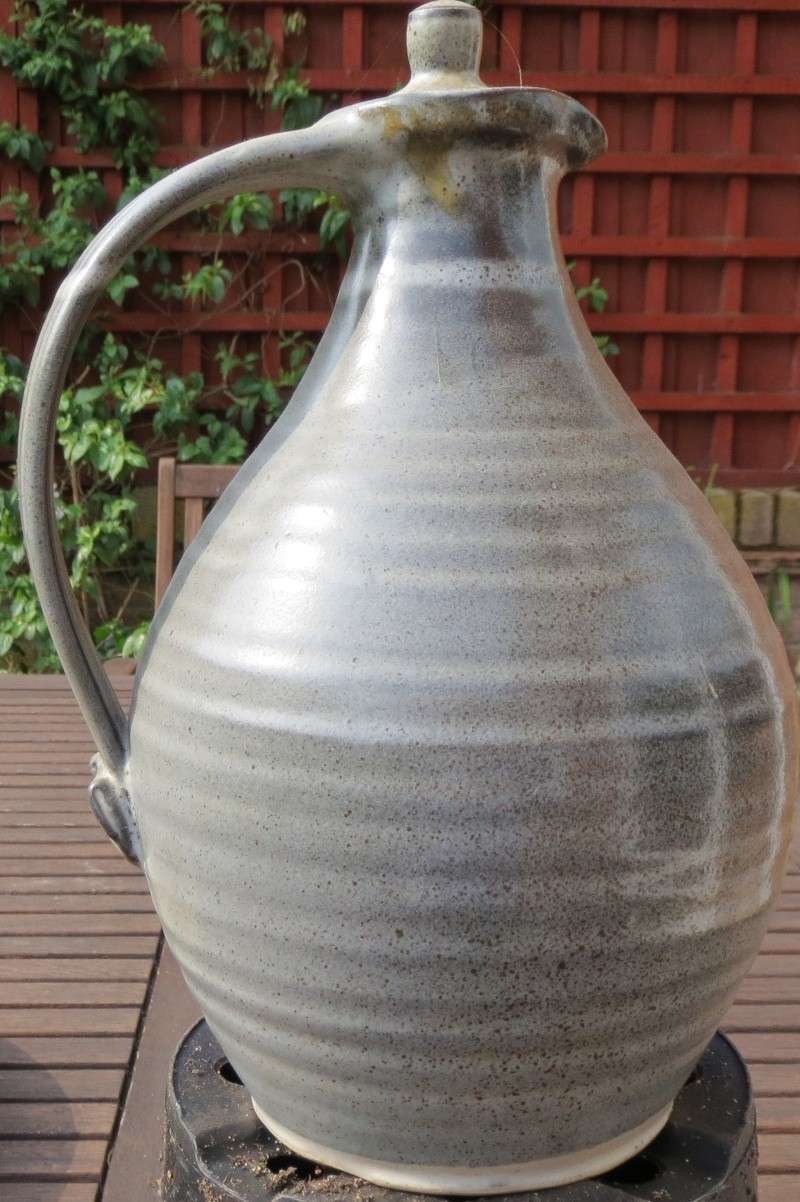 The mark on the above. 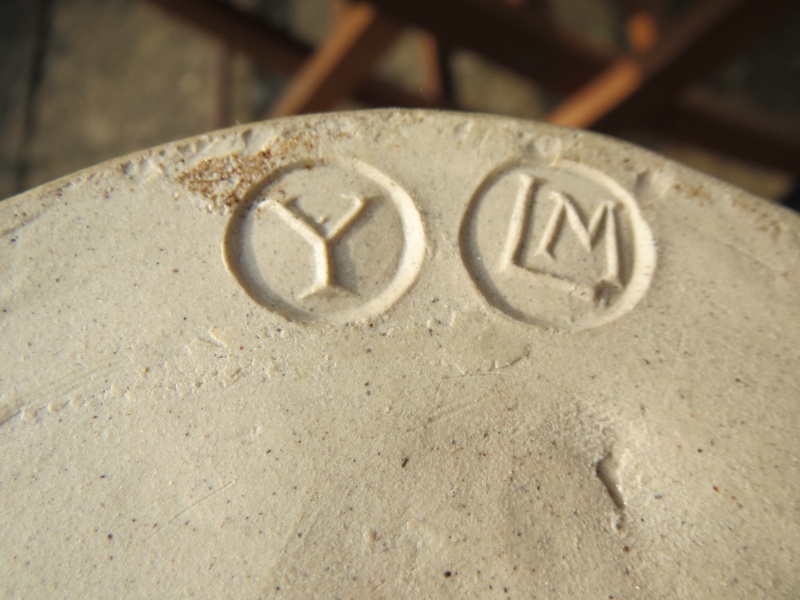 And I absolutely love this one. Never let it be said that Michael Leach was A Very Good Potter. 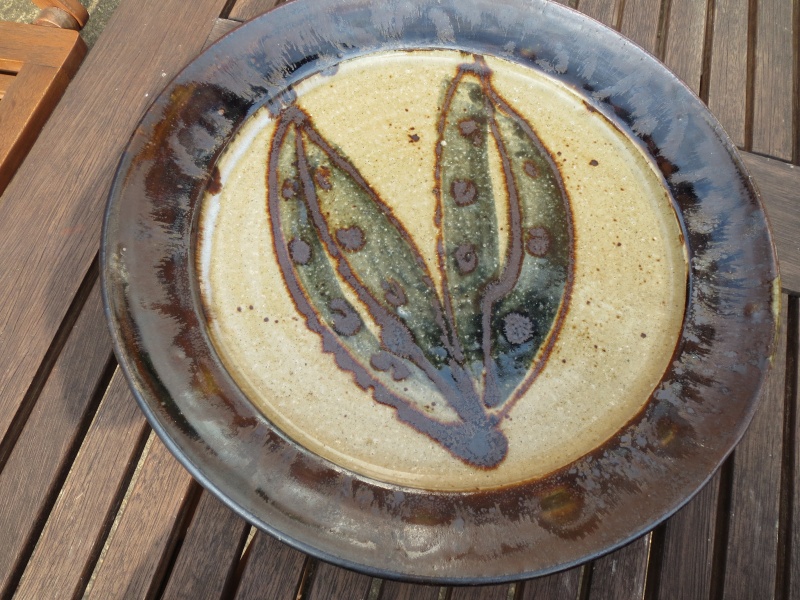 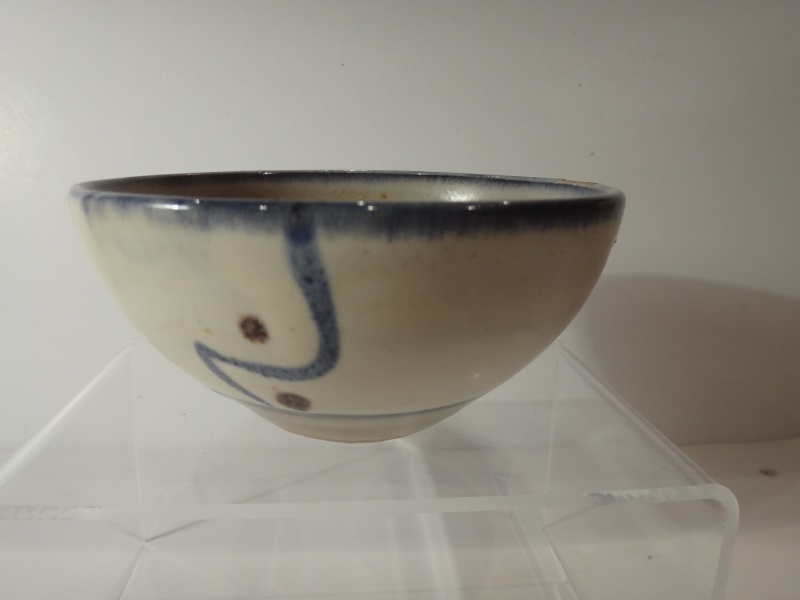 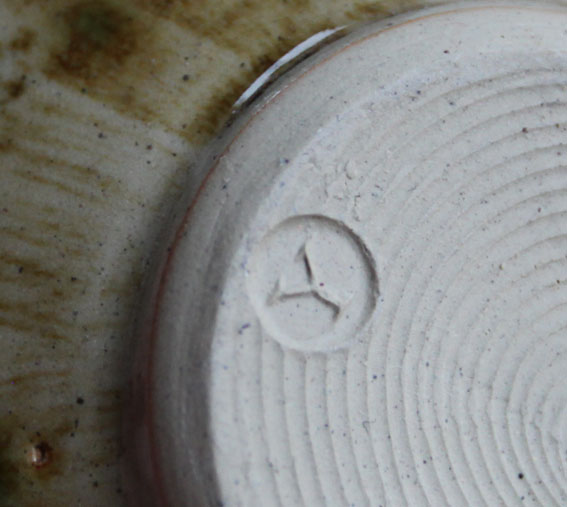 Thanks... a picture... selling two jugs on eBay.

Thank you for the information and warm welcome to the forum.


I have two here is an image of one of them: 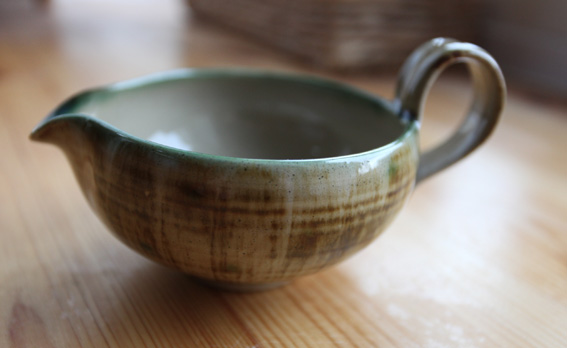 A nice dish with brushwork 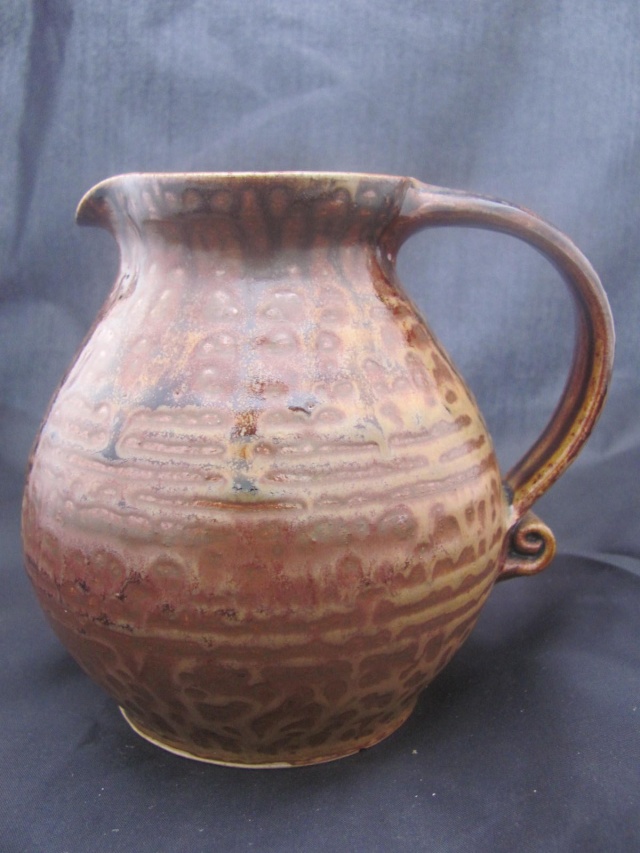 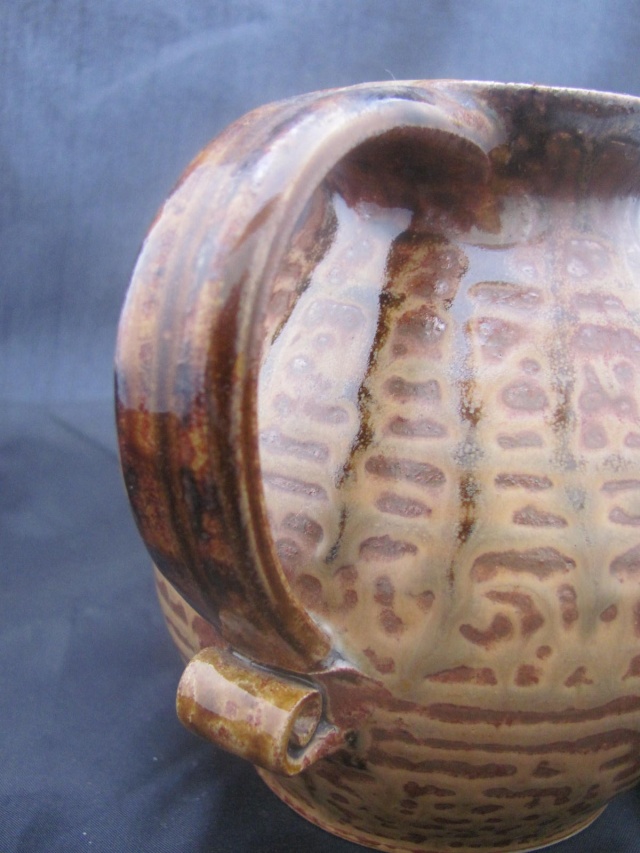 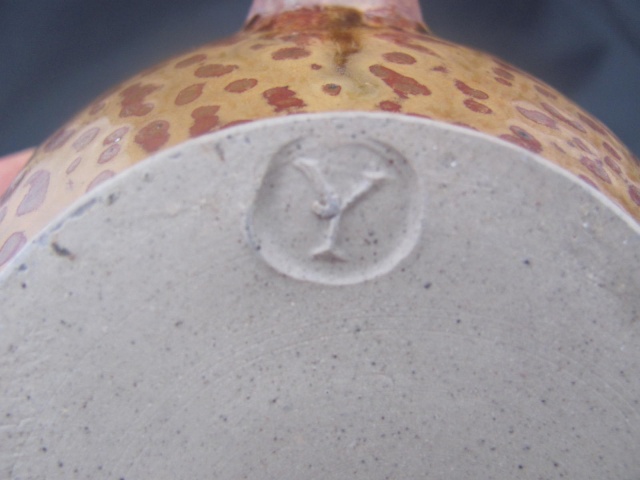 A 4 in stoneware pot with brushwork. 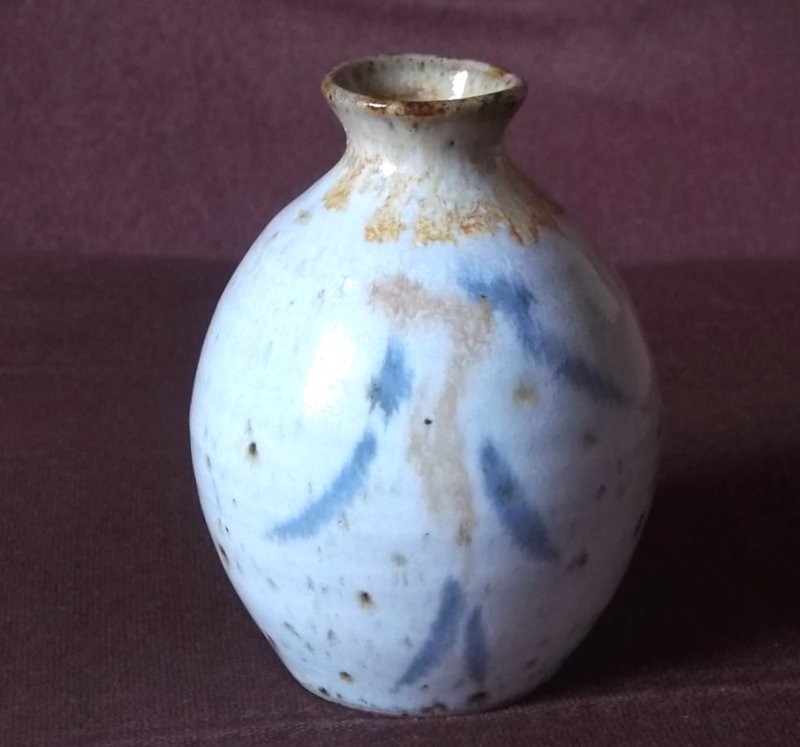 Just noticed your terracotta jug Zip, Looks really big! lovely piece,
Maybe SP can tell us about the clays, as all the other bits are stoneware.

I thought it may be an early piece by Bowen

When Michael first went to Yelland (1956) he used red earthenware like his brother David did over in Bovey but I don't know when he changed over to stoneware.

Regarding, Clive Bowen, he trained with Michael at Yelland from 1966 to 69 before setting up at Shebbear, where he still remains.

A pretty little cream jug only 2.5 in high. 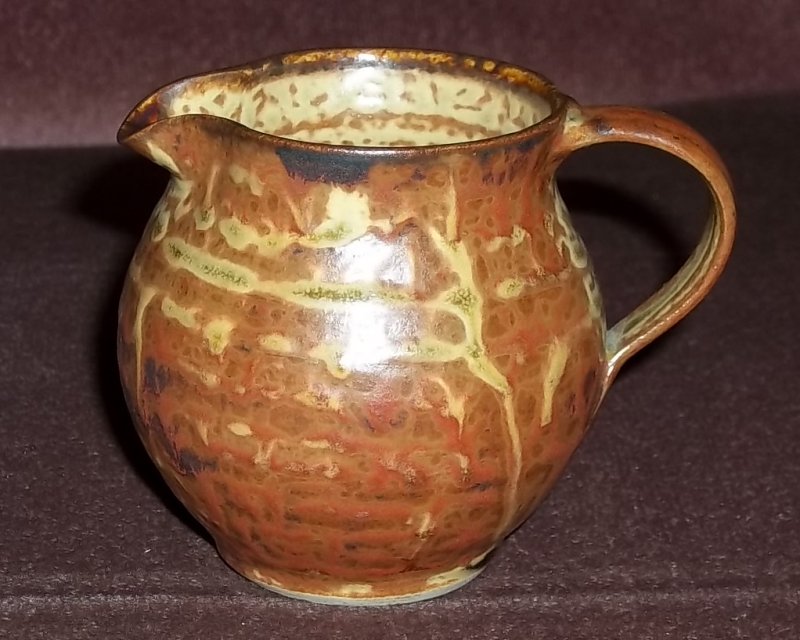 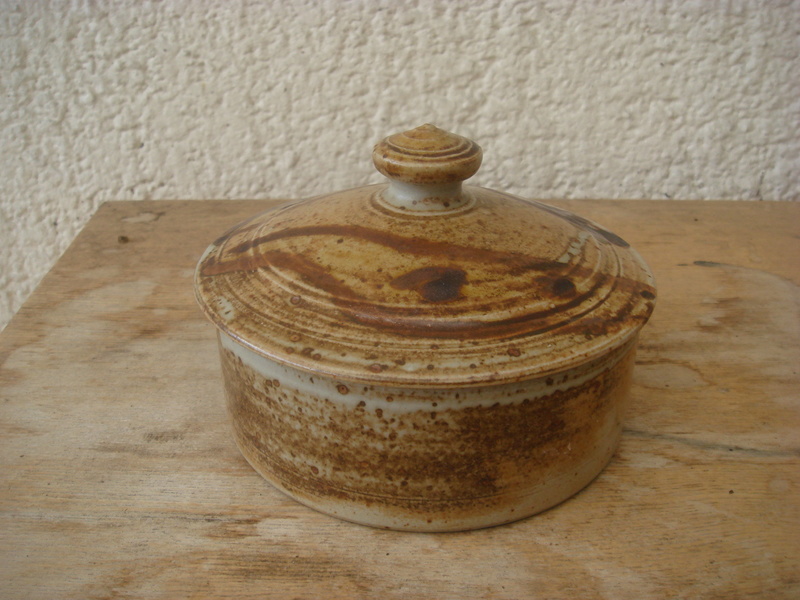 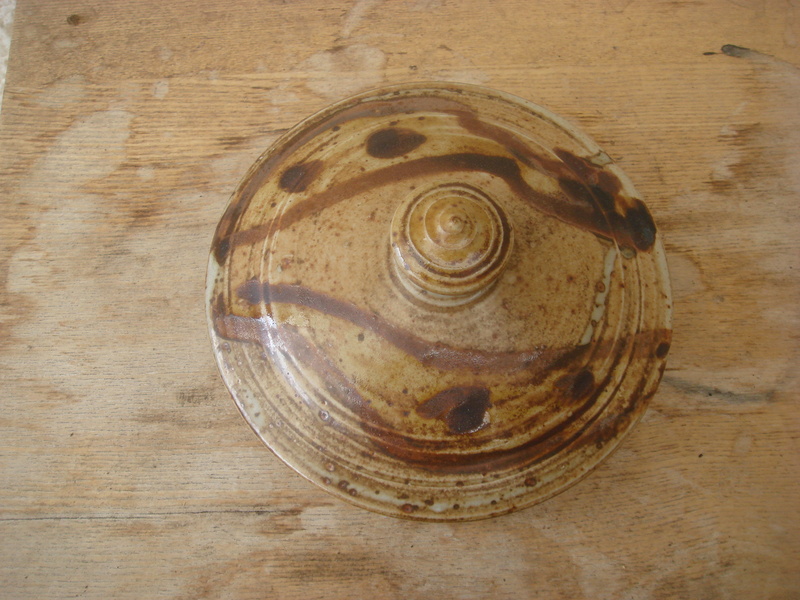 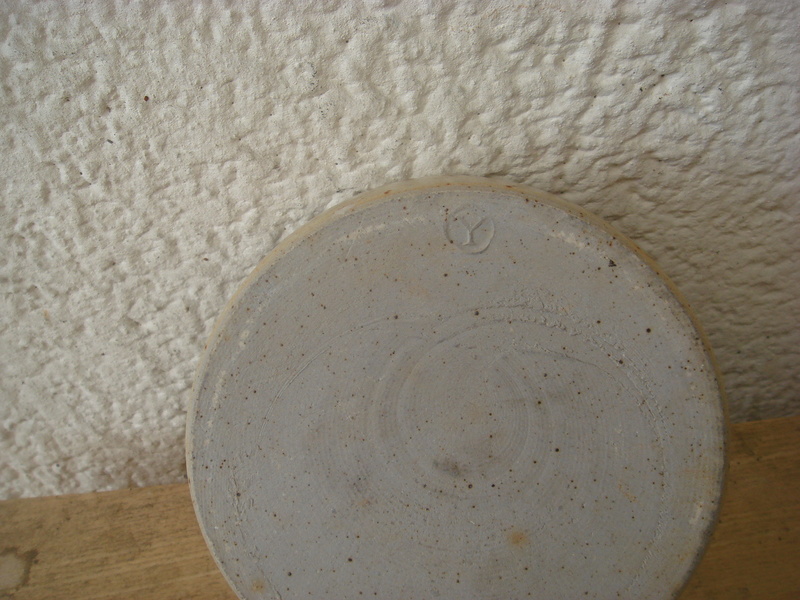 Is this Yelland? It doesn't  match the other Y mark. I'm assuming it's an earlier mark as the book shows one in a square, but, font-wise, it seems to have them the wrong way round, as the main mark is in a circle.
https://pin.it/lhXHDUD
_________________
Carrot cake is just fake cake

Oh, maybe it isn't then.

A similar pot from a charity pavement box! 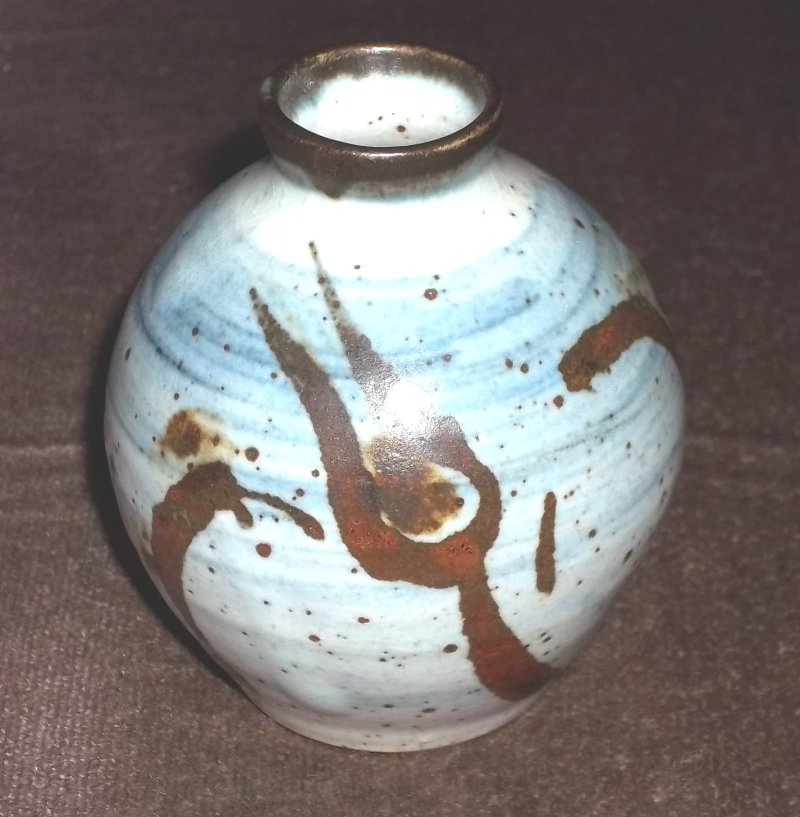 I wondered if anyone knew of the age of this small lidded pot.

Was lucky enough to get his card which I thought was lovely.  Yelland Manor Pottery. 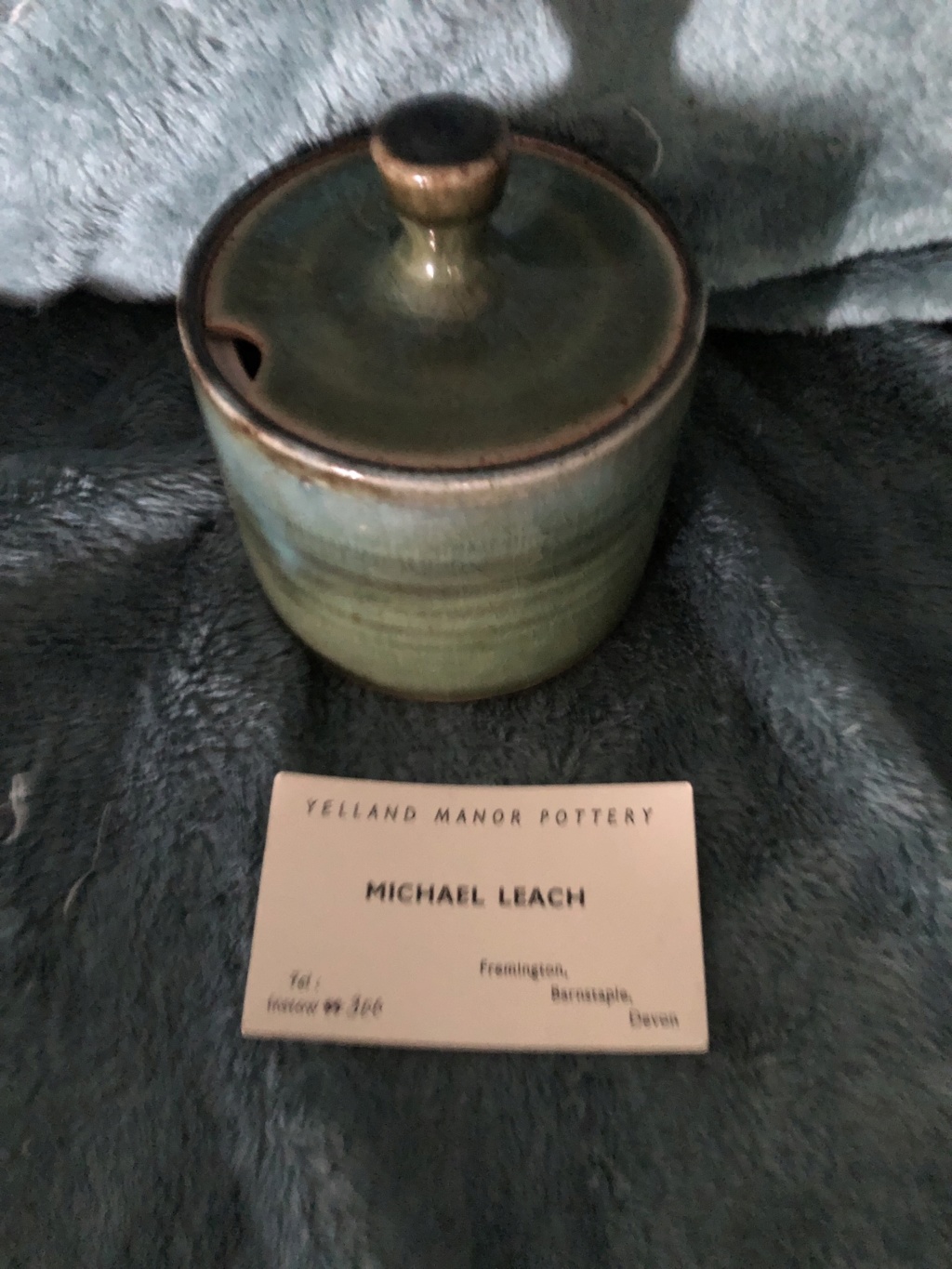 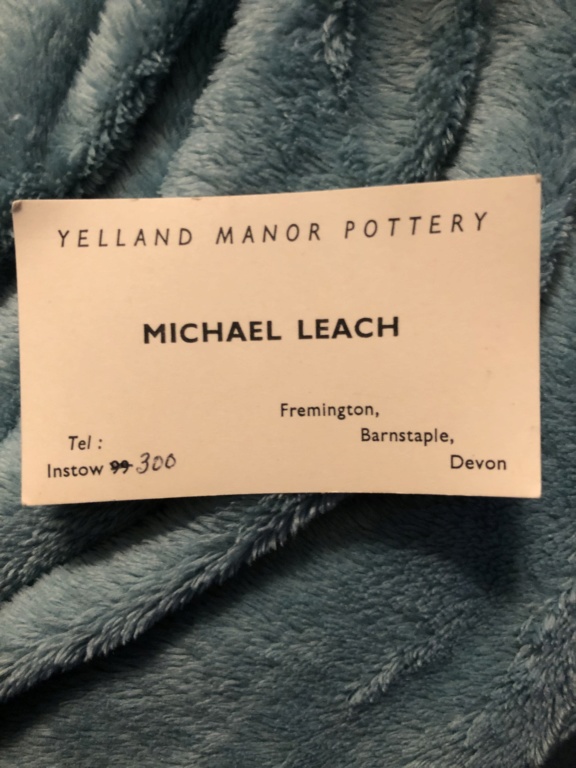 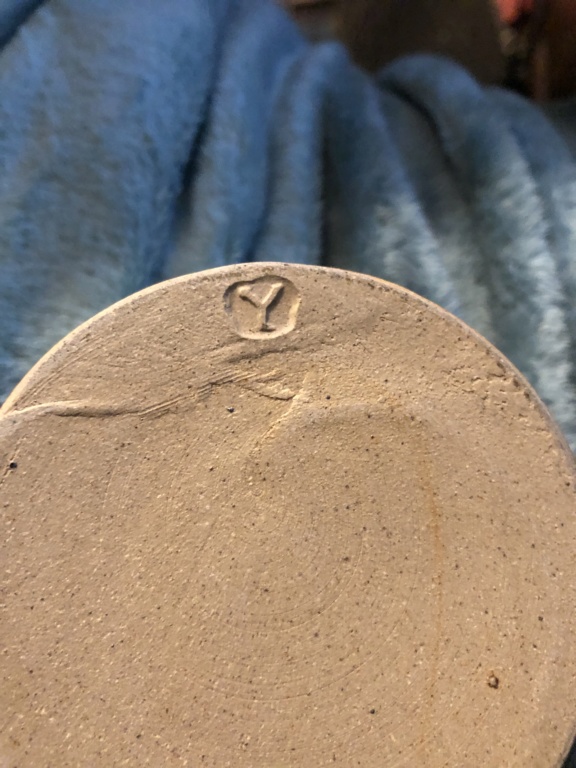