I bought a wine flask two or three years ago,later identifying it as the work of Roger Guerin or possibly one of his children? but the appeal wasn't fleeting as I just bought another flask which turned out to be a Guerin piece too.
Roger was of the Bouffiolx & Chatalet school in the 1920's

Hi, I have a vase made by Guerin number 186/E do you know when it was made?

Hi,
I am a collector of this kinda stoneware. I have a big collection of it and might shine some light here. I will try to answer quickly several of the questions that showed up in this topic. Roger Guérin was belgian potter from the village of Bouffioulx. He started his own workshop in 1918. Around 1945 his son Jules Guerin took over, Roger died in 1954. The two pitchers shown on the picture are rather old ones. At least the one of which I can see the bottom with its signature. It can be dated around 1920-1923. The big vase with 4 ears model 186/E can be dated around 1930. The son never signed with R.Guerin , but Roger himself only signed like that in his early days. Around 1925 onwards he mainly signed GUERIN and so did his son Jules and both signatures look very similar.
Thats it for now.
If there any more questions feel free to ask.

great to have you here on the forum Michiel,so you think both of my flasks were made by Roger?


I would love to see pics of your collection,you are the first new member to have knowledge of this type of pottery so I hope you stick around so I can pick your brains

The one of which you shoewed the signature is certainly by Roger Guérin. And its even an old Roger Guerin piece. The signature we call "R in the G" is one he only used in the early days. Like said that pitcher can be dated around 1920-1923. Your second one I can't tell for sure, when you show me a picture of the bottom it will be clear. But judging the glaze its almost certain a roger Guerin piece and not a post war Jules.

Yes also the second pitcher is by Roger Guérin. And this is also a very old one of his. Later (we think around 1925 onwards) he signed with just Guerin. No R inside the G anymore. Also the description GRES WALLON (walonian stoneware) is something he only used sometimes in the early days. This second one is marked BELGIUM as well. Meaning it was made for export .
regards, Michiel

I have had several in the past but sold them. I'm not really interested in these pieces with this kind of decorations. You can see a part of my collection on a website of a friend www.van-paulus-tot-guerin.be He created a site some 5 years ago after selling his own collection. But he forgot about the site and its asleep eversince.

Hi, i've had this wall plaque for many years which I believe to be made by Guerin.

Hi, Yes you're right it's a piece made on commission in the Guerin factories during the time the son of Jules Guerin was the director there. The factory cloosed down in 1988...

I have two Guerin Flasks. They are signed Guerin and both have the Roger Guerin impressed mark.

The other marks must mean something but I have no idea what. They are: on the larger vase 16/D/3/VI and on the smaller 14/D/3

I would like to know more of what I have and whether they are saleable items. Inherited from my Grandfather. Suggestion that they were retail items that contained something like mead and thus made to look medieval. Probably false. Grandfathers tale that he rescued them from a bombed museum in the first world war was just one of his many tall tales.

Any help much appreciated 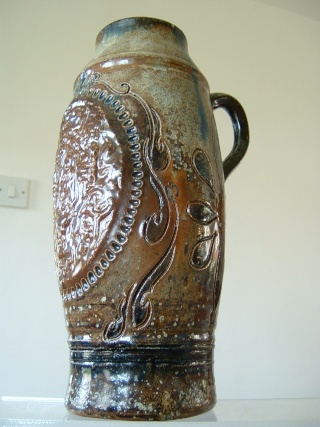 Bought this for £20 today at shepton flea , there is a small rim chip , otherwise good, 11" high, and stamped signed on the base . 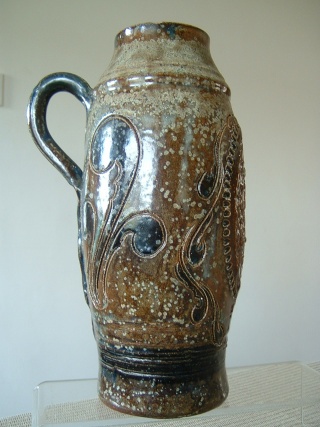 I love the decor 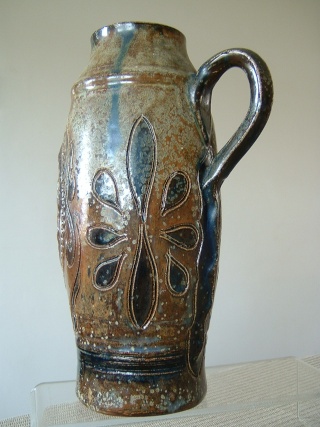 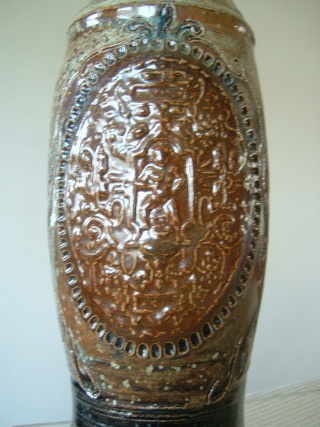 can't quite out the design , lots of runic type symbols , but deffo a little kid having a pee in the centre. 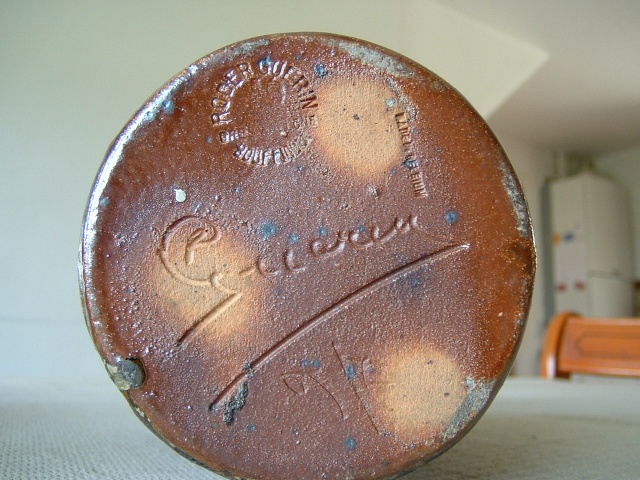 Hi Ed,
Nice pitcher you found there!
I cant make anything of those runic symbols. But the signature and marks show its early Roger Guérin piece that can be dated around 1920. The made in Belgium stamp indicates it was produced for the international market.
All the best, Michiel

Love the pitcher you found. I'm collecting this kind of pottery. My avatar is a vase made by his son Jules. Roger became well-known for his dripped salt glazed item while his son improved the use of enamels on his vases. They both made this kind of pitchers. 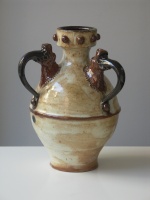 I agree, you should keep collecting these. The pottery house, where your pitcher is made is renovated and became a museum of pottery. See the following link (it's in French)
http://www.chatelet-poterie.be/ 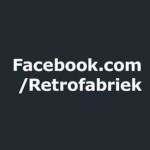 Marked only with Guerin and the number 2530 V1. Also a sticker Made in Belgium.

Where can I find more references about him an his children, forms, decors and so on?

the only good website has now closed down so online information is vague
_________________
Making new friends as an adult is hard...because I don't want them.