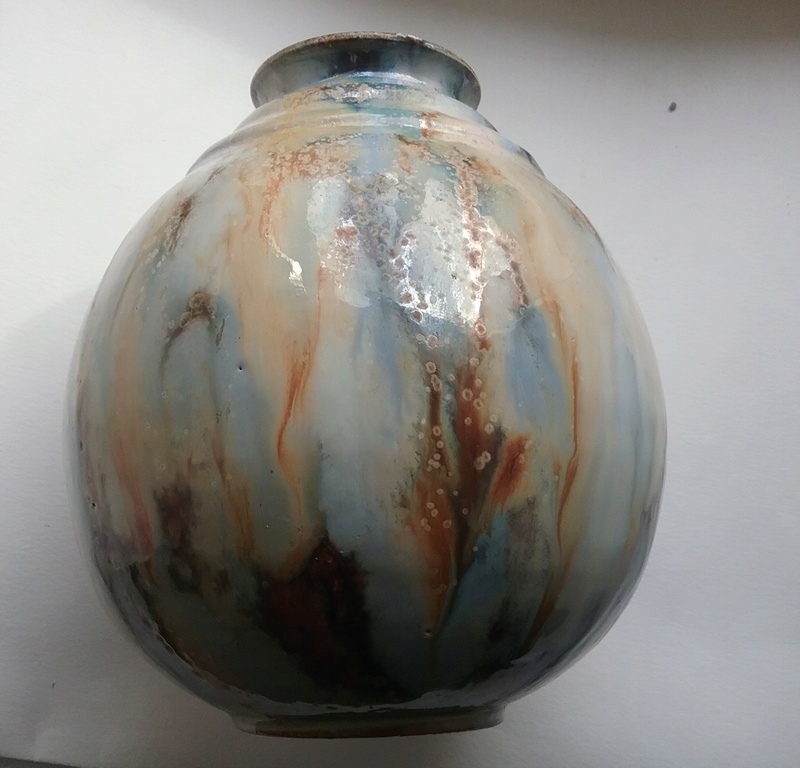 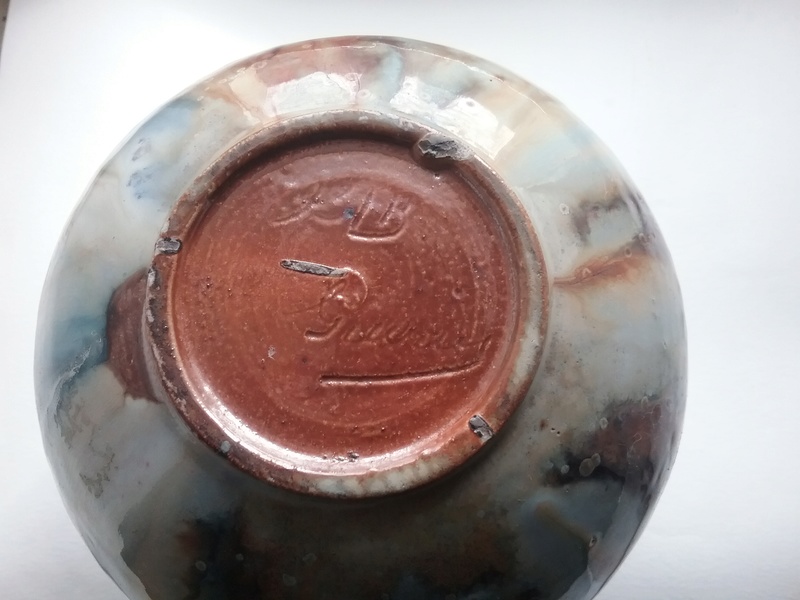 Hi, May I ask for help? Today I have bought something of Gres Guerin. Could you tell me how old is it? And is it made by Roger, Jules or somebody else? Is it rare or common?
15,5 x 15,5 cm 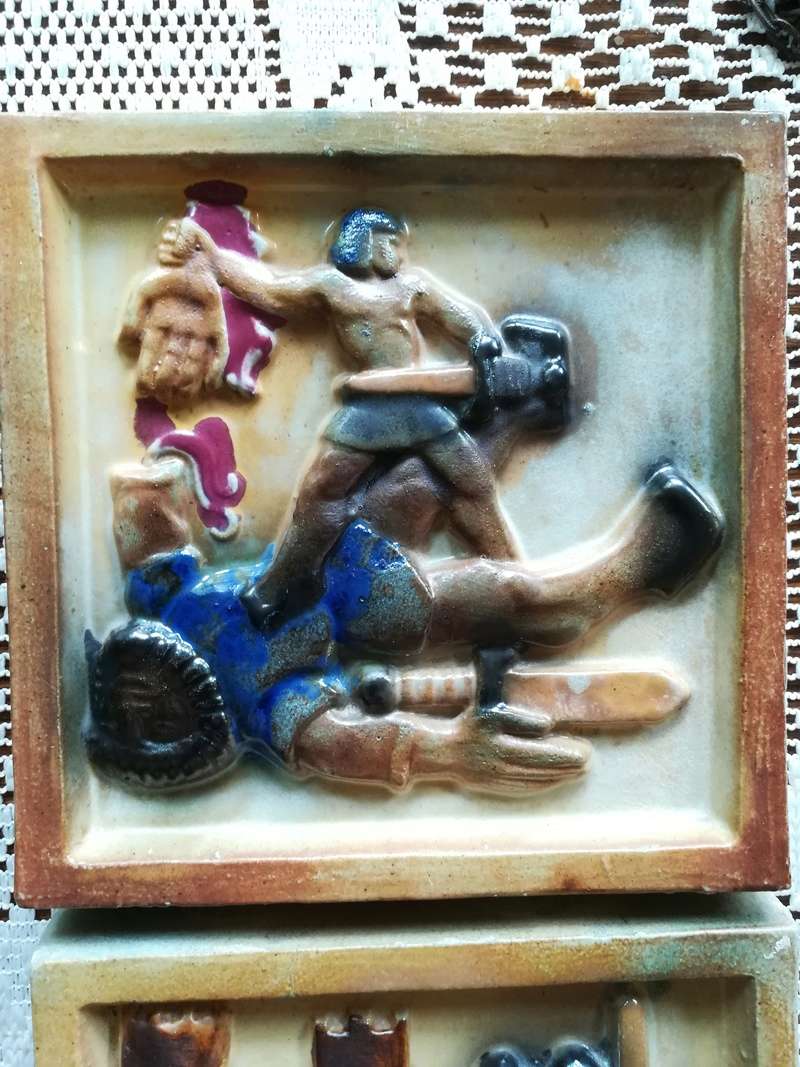 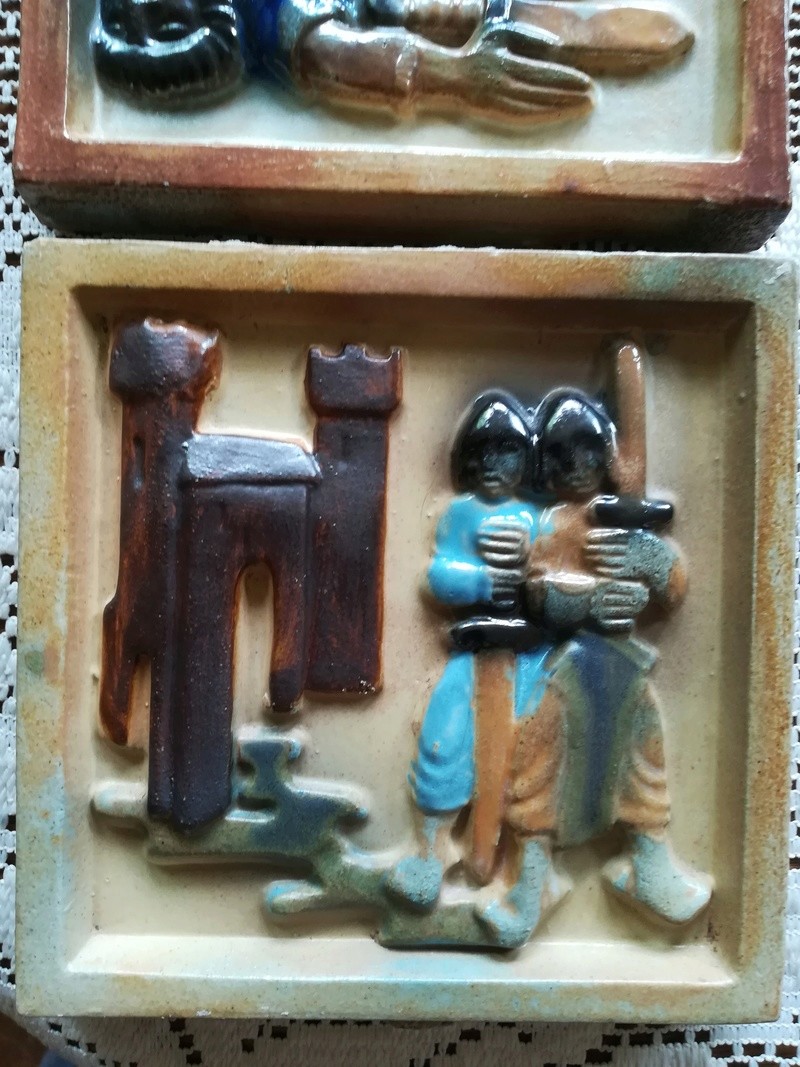 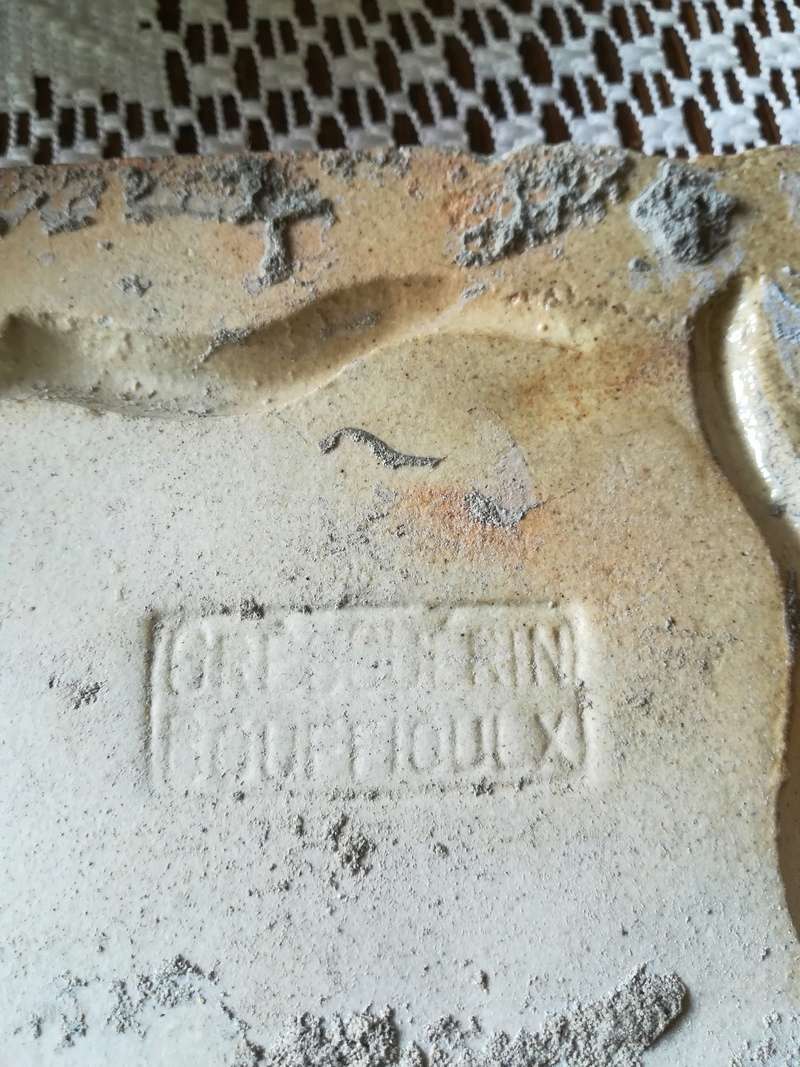 they look much later than the other pieces posted on this thread and look very different.

It looks similar to tile on pinterest, I can't link it.
But mark, signature, is different

Hi all,
The tile marked "Gres Guerin Bouffioulx" was produced in the 50ies by Jules Guérin.
The ball shaped vase shown ealier in this thread is model 93/B and its signed Guerin, It is a Roger Guérin vase from the mid 30ies. And the other vase shown, model 515 and signed "Gres d'Art Guérin Bouffioulx" is also a Roger Guérin vase from the late 30ies. But its not a throw vase but one made is a mould with liquid 'barbotine' clay.
Best, Michiel 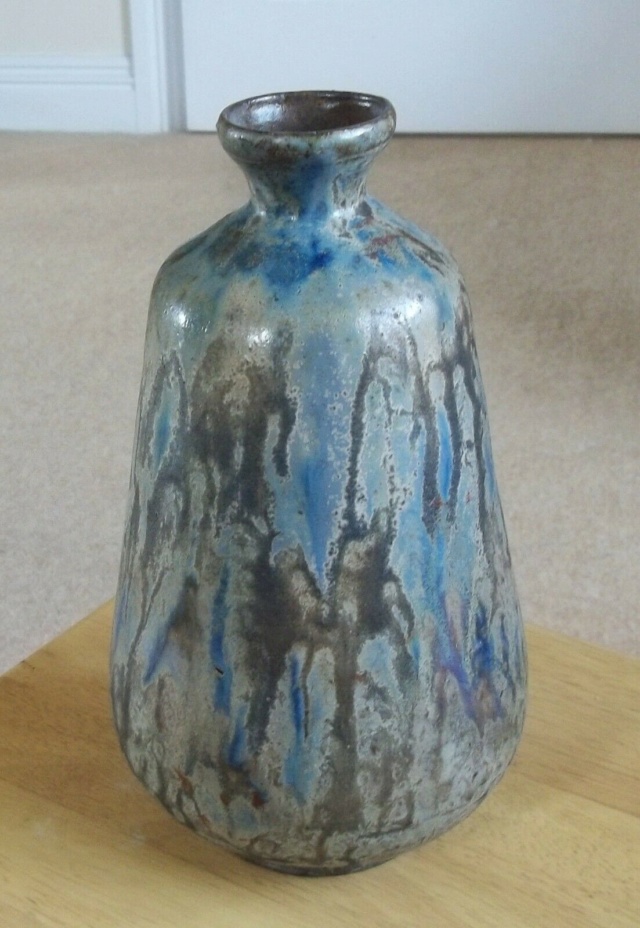 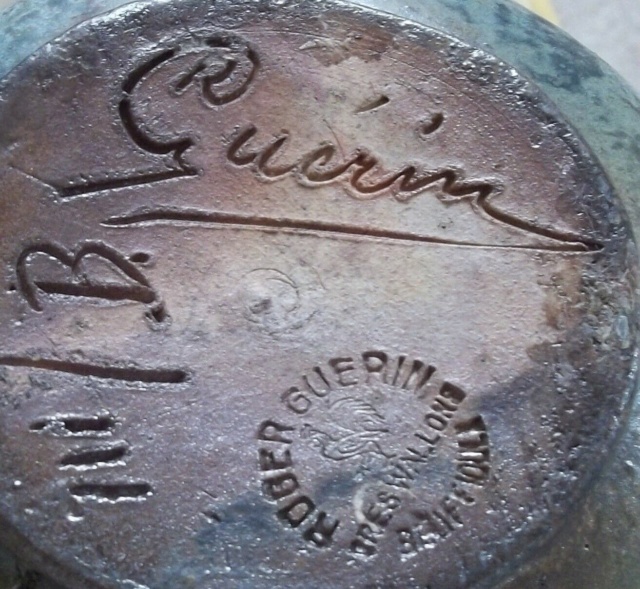 Help with which Guerin made items and when

I have four Guerin items that I am interested in selling but would like a little more information before I do.  I have done some research and this site has such knowledgeable people I thought I would ask for some help.  The pieces are two different styles.  The last two almost look messy, with the paint running around the upper rim and not fully covering places.  Any help at all would be greatly appreciated.  Also, they have been in my barn for a couple of years and I haven't cleaned them yet so excuse the dirt!  Darla 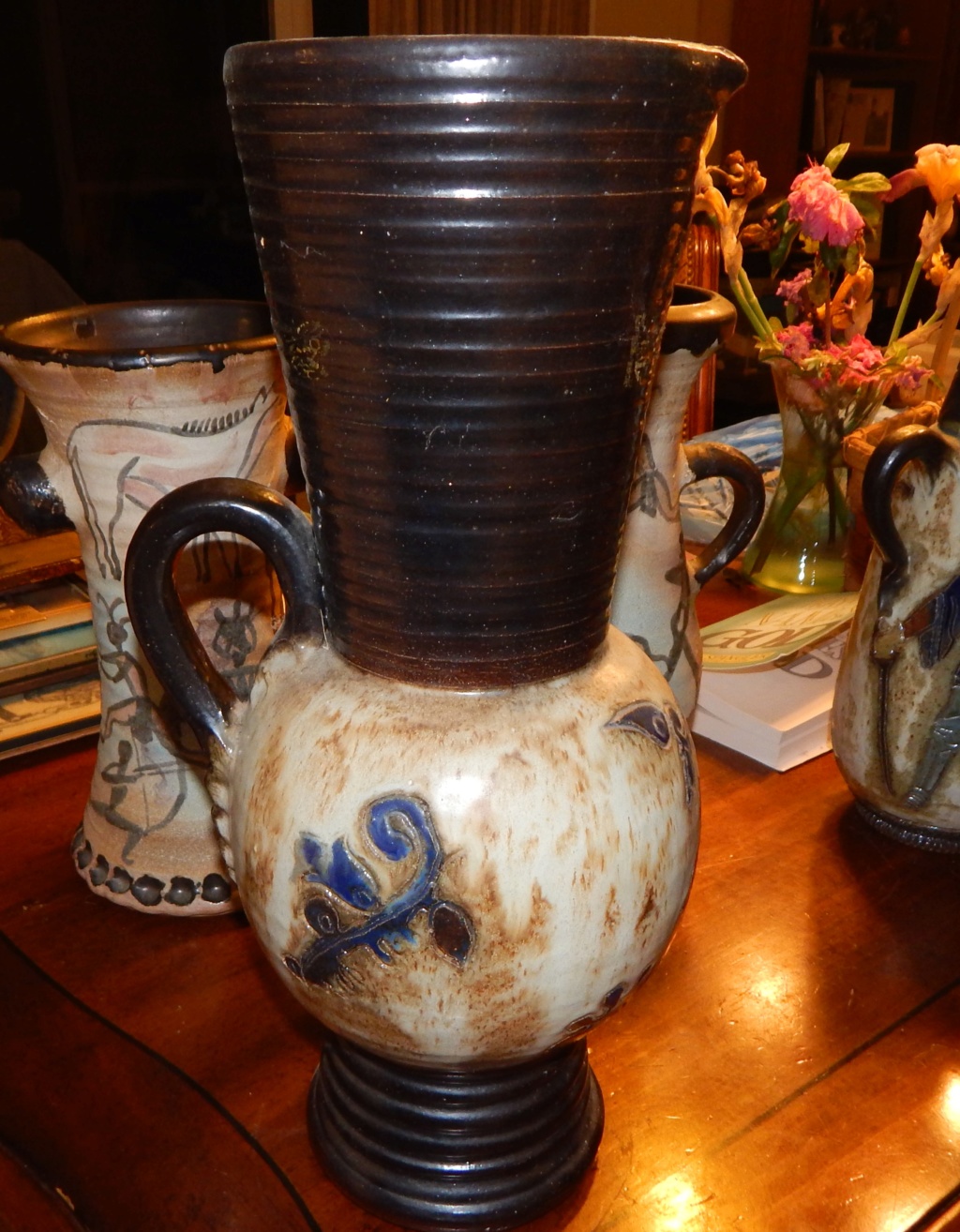 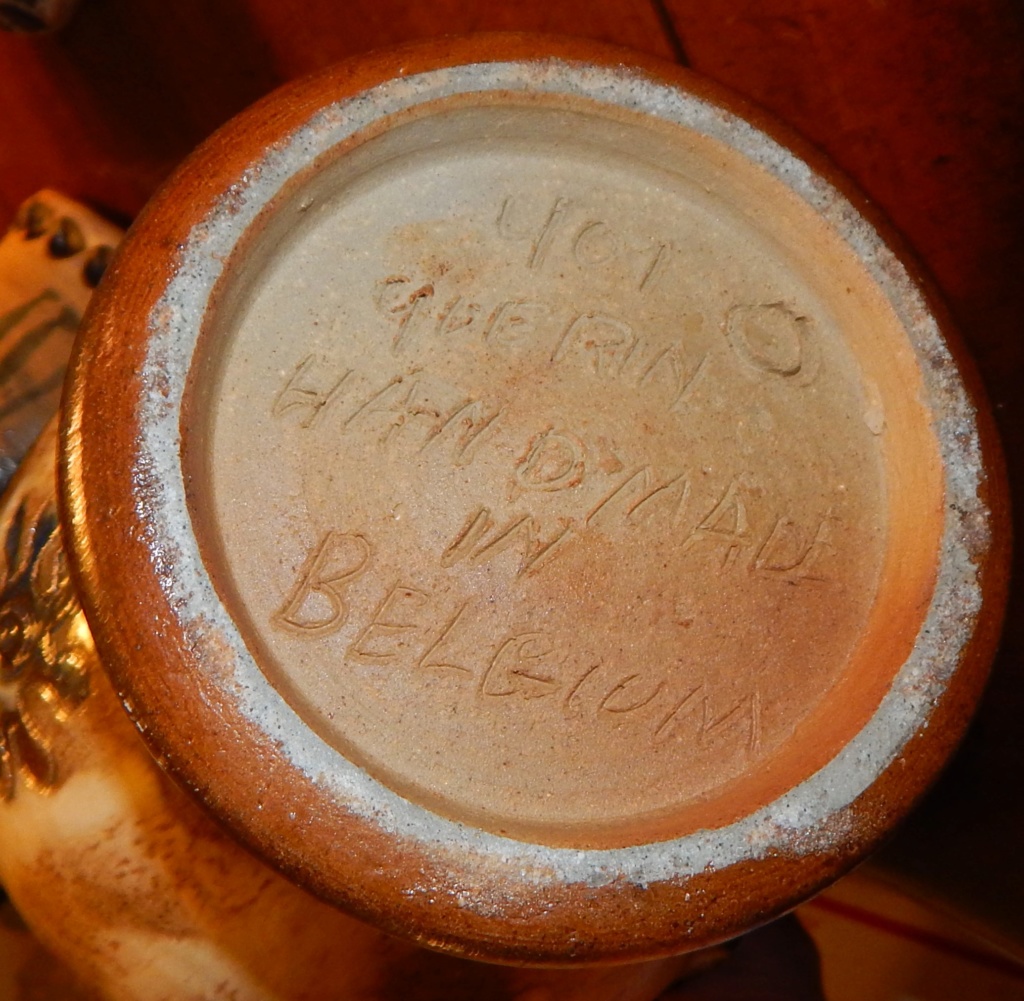 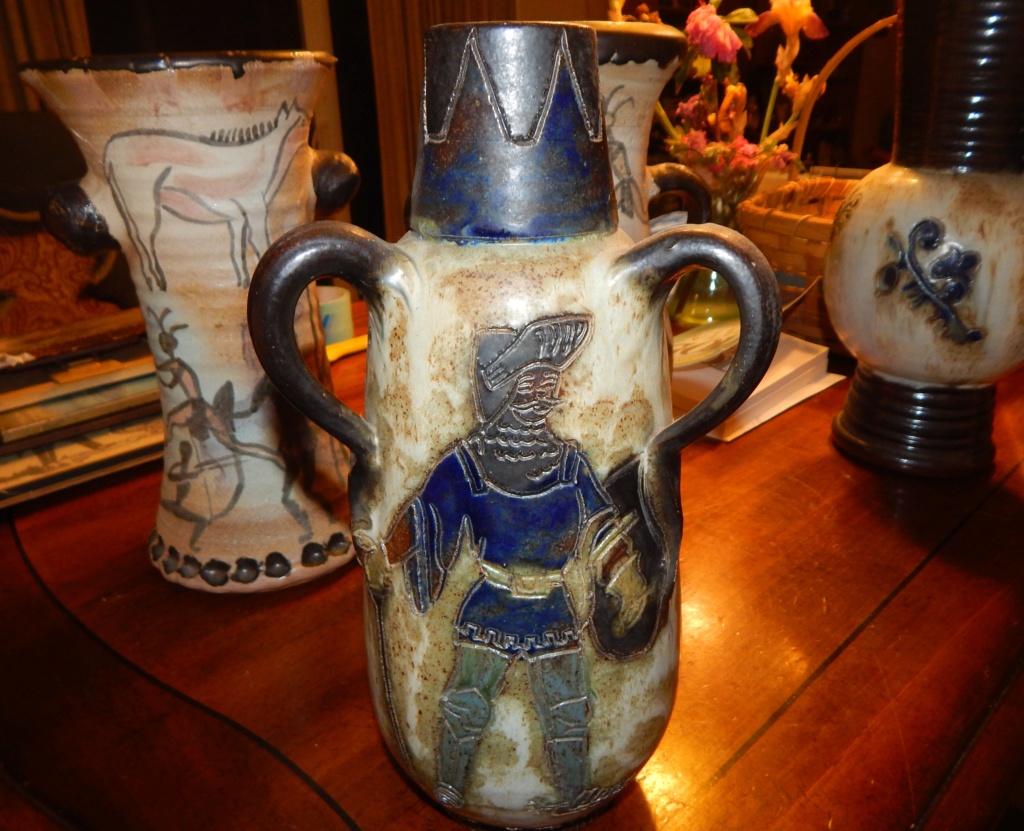 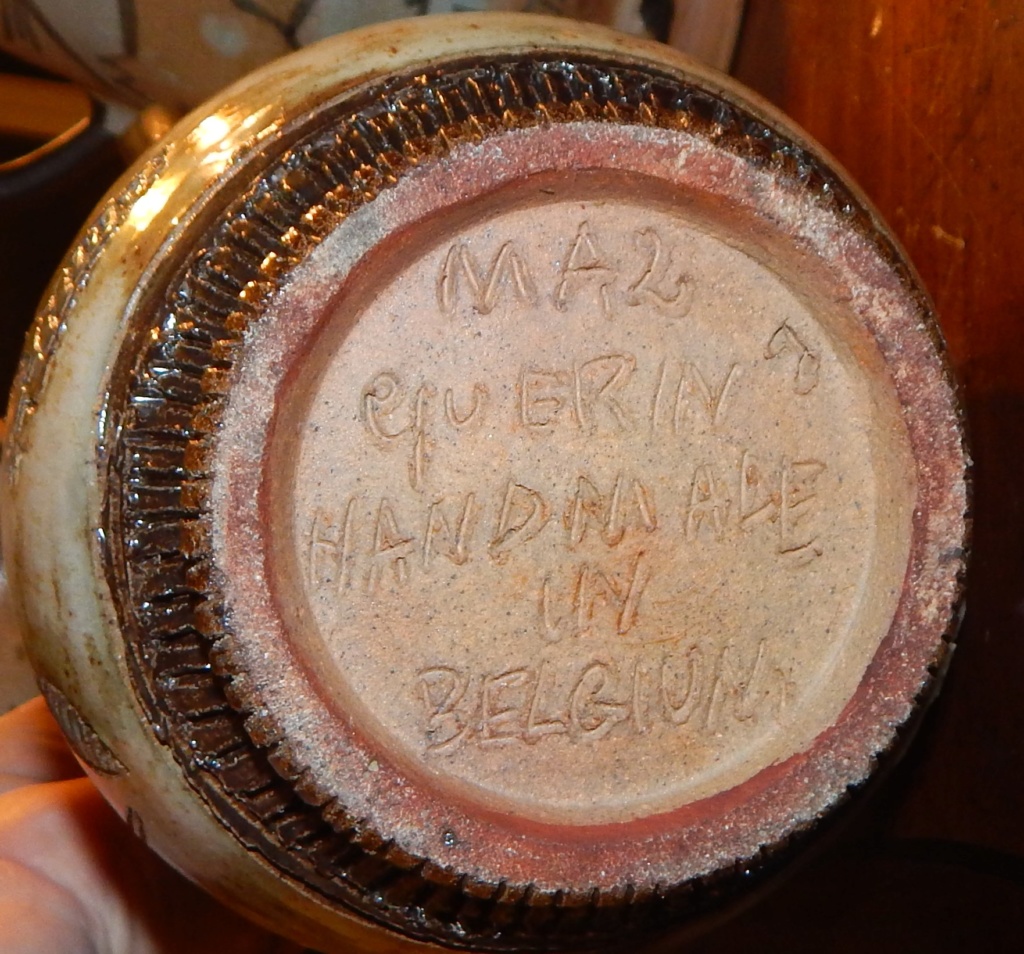 Here are the other two 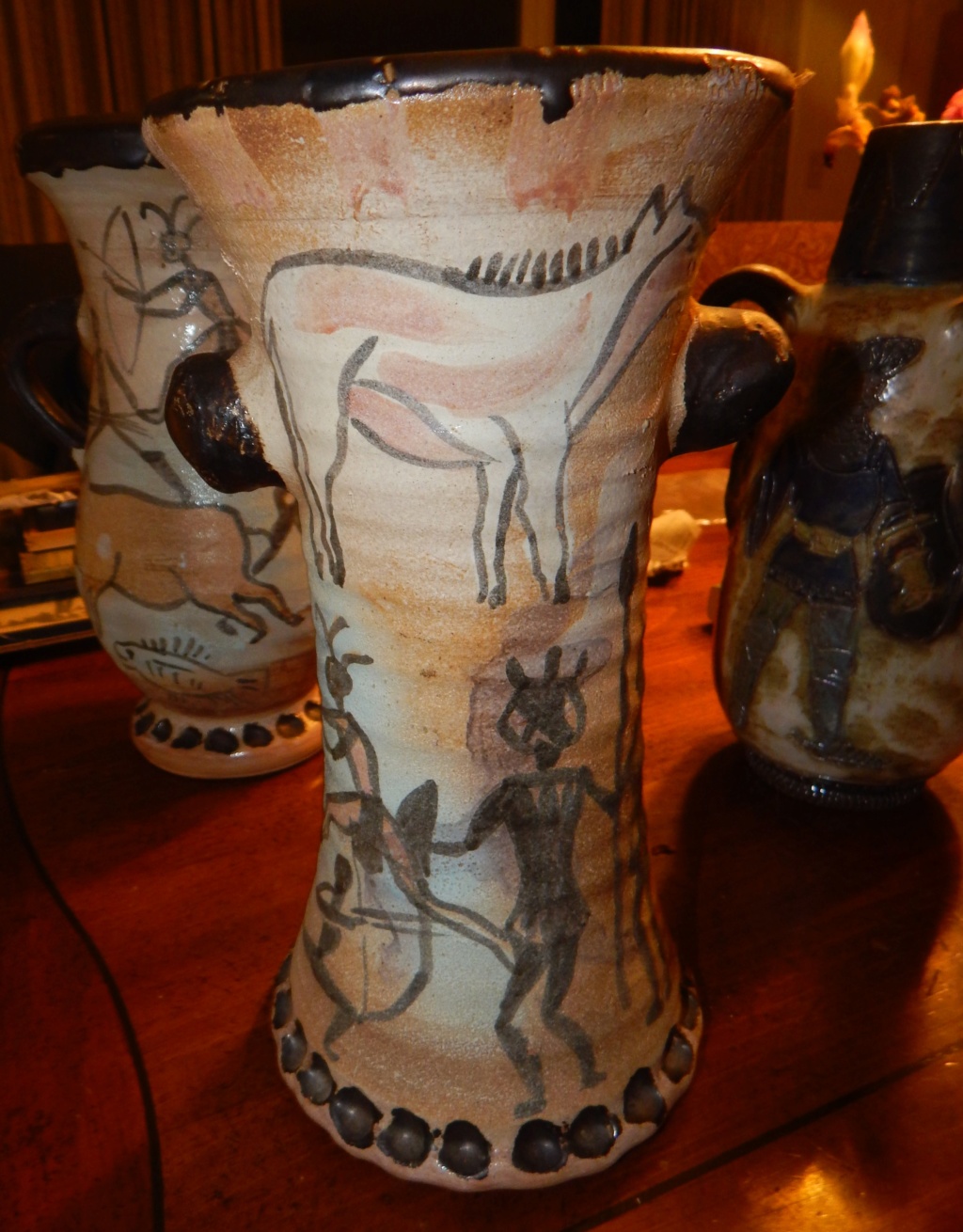 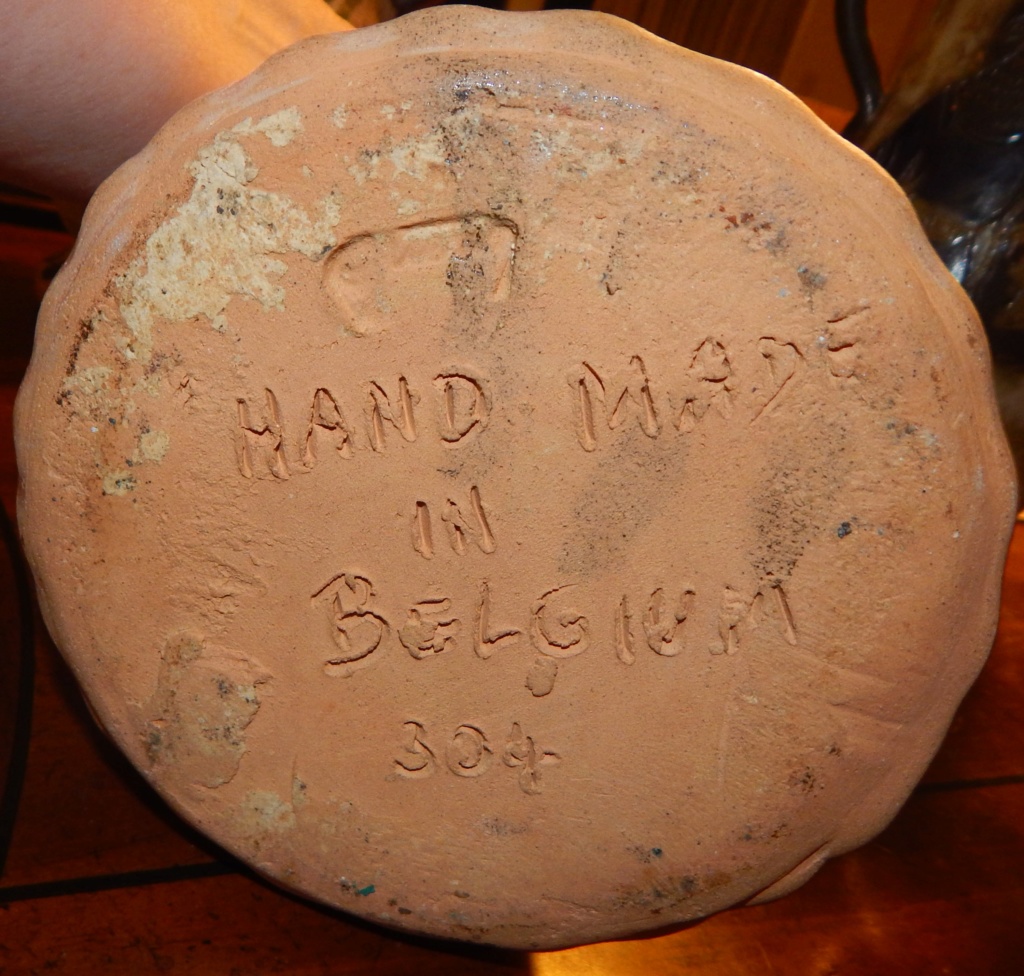 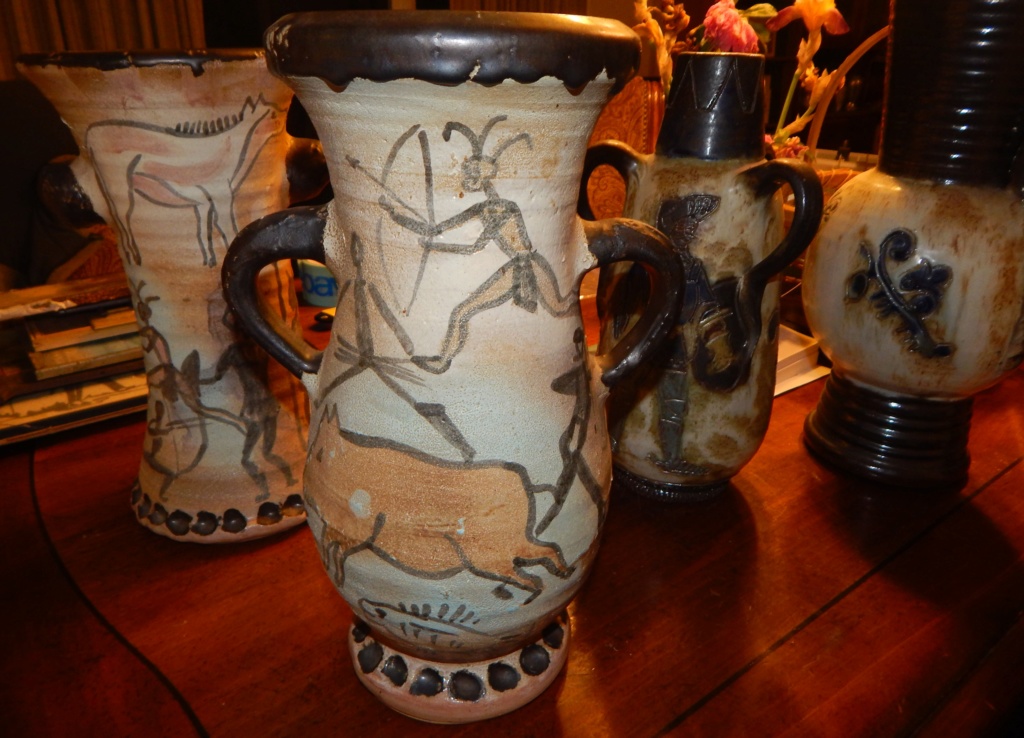 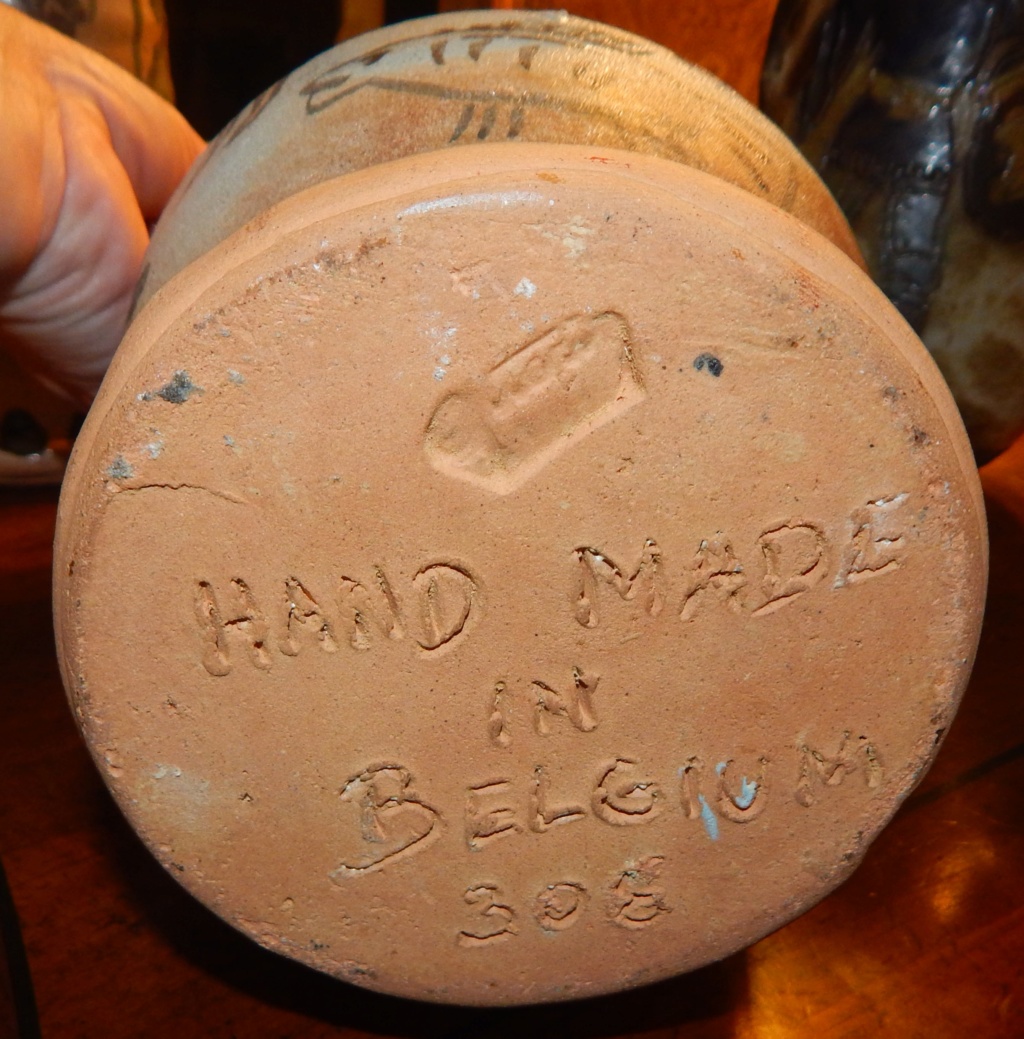