they all look fine Marten but let's wait for Yvan to give you all the details
_________________
"Changing your mind when you know what’s happening and you don’t like it. That’s what democracy is all about"

Maybe I should re-phrase this:

Marten wrote: It actually seems as they are not as well made as the others.

They are all well made but these look a bit more simple in style.

I have a very simple bowl made by Yvan Koenig,I'm pretty certain all your pots are Gerbino or Koenig Gerbino
_________________
"Changing your mind when you know what’s happening and you don’t like it. That’s what democracy is all about"

probly a Koenig as you say Dan, its 16cm high and fairly thick clay compared with others I have

I just bought a thick one too

Vallauris Gerbino vases - are they real and how much are they worth?? 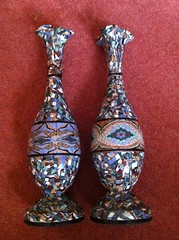 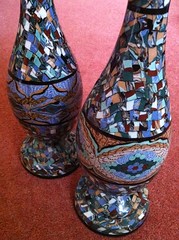 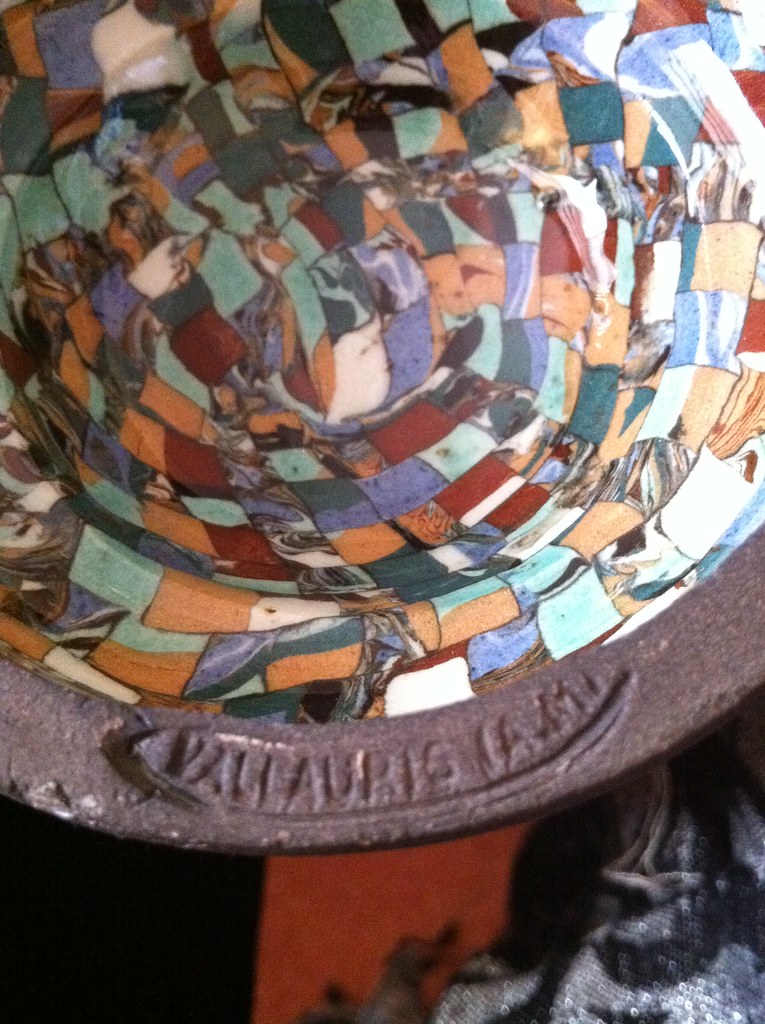 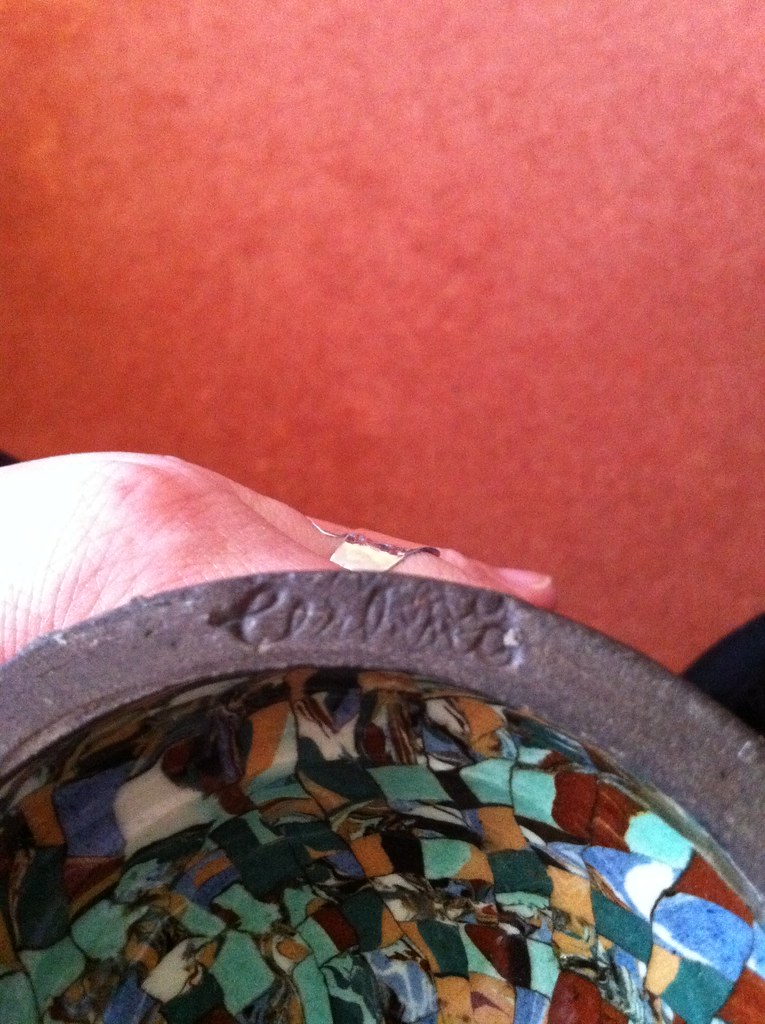 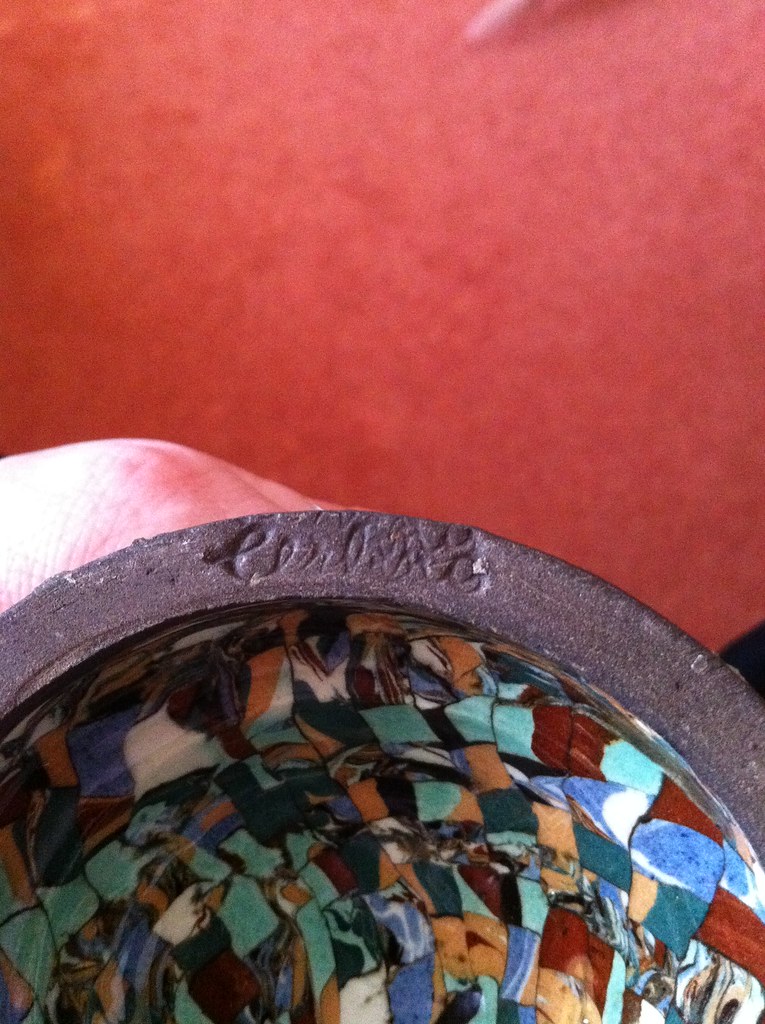 I love these Gerbino pomanders
_________________
"Changing your mind when you know what’s happening and you don’t like it. That’s what democracy is all about"

I think this is probably an early piece as the back markings are unlike any of the modern production in my collection plus the shape is less rounded and shallower.
This 112mm dish remains unglazed which allows some insight into the production process,there is slight scoring around the outside of the dish which tells me these pieces went through a fettling process before firing,the clay colours are dull and lifeless before the glaze is applied but the surface is quite smooth with no raised edges to show that the mosaic technique had been used in fact I could find no flaws at all

As the dish has only been biscuit fired I may try to do a glaze firing,I would love to see the transformation

pedestal bowl decorated with swans on water design,I'm reliably informed this was produced in the 1970's or early 80's

Gerbino vase unmarked, is it common to find them with no markings?

Here's a large Gerbino bowl made in 2001, for me it lacks the studio look of the earlier pieces, the colours are dull and lifeless and I doubt Jean would have approved (sorry Yvan)

Any ideas about the age? 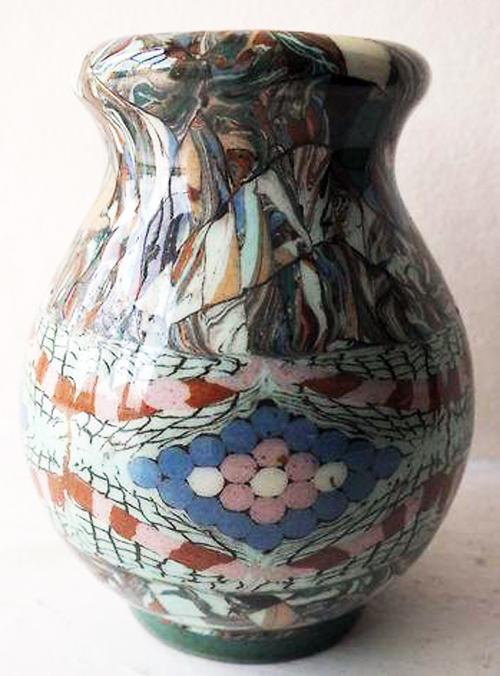 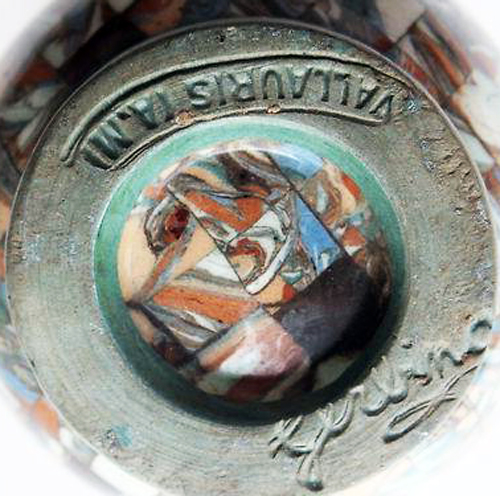 I just discover this thread.

These two « lacrymatoires » were made when Édouard ALZIARY, second son in law of Jean GERBINO was working in the workshop.
I think that it was when Jean GERBINO Was alive (before december 1966) but I'm not 100% sure of that because Édouard continually used a restricted set of patterns.

talk about hit the ground running! thanks for all the info Yvan
_________________
"Changing your mind when you know what’s happening and you don’t like it. That’s what democracy is all about"

I must add a precision because the owner of the web site listing signatures made some errors.

(1) I know several pieces which were really signed (incised) by hand by Jean GERBINO himself.
(2) As I already wrote that here, Jean GERBINO, Edouard ALZIARY and myself, we used also (at Jean GERBINO's request) the stamp reproducing a manuscript signature.
(3) As I already wrote that here, it's only since 1992, that I dropped the stamp reproducing a signature and stamped the year number.
(4) Pieces which I made entirely with my two hands are signed with a specific logo : an Y superposed to a K

Marten wrote:Hello,
I've been following this thread for a while, since I'm really fascinated by the Gerbino pottery. Thank you all for the interesting information.

I have a question about some vases that I bought at an auction site here in Sweden. They were sold as Gerbinos, but two of them are signed in a way I don't recognize.

This is the way they look. Starting for the left the signatures are as follows. To me signatures on the last two looks a bit strange. Can they still be Gerbinos, or are they copies of some kind? It actually seems as they are not as well made as the others. 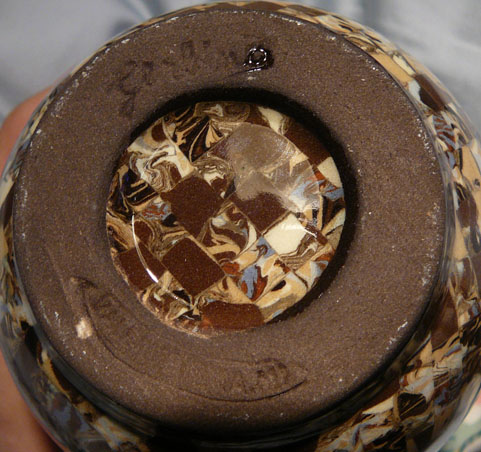 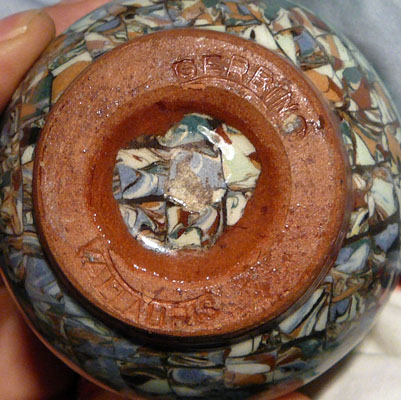 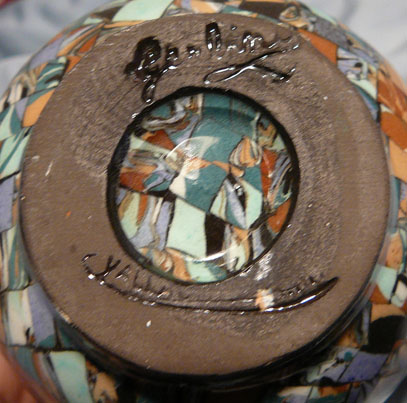 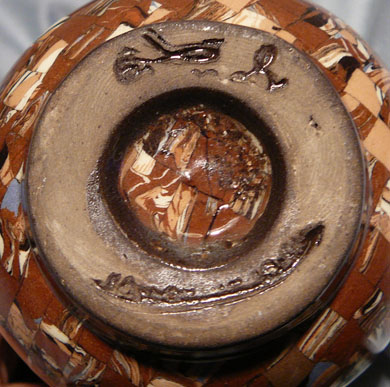 Hello here I am.

The one to the left and the one to the right are mines.
The two others were made between 1960 and 1970 when Jean Gerbino worked with his 2nd son in law Édouard Alziary (of course by Édouard himself if they were made after JG's death).

Three were stamped with the stamp reproducing a handmade signature (it is here in front of me). The late one was marked with one of the sans-serif workshop name.

If one — or several — of you visit Vallauris, warn me so that we may take a date.
Since 2004/01/01 receiving interested persons is no longer a duty, it's a pleasure.