After a google search I found it's variously referred to as Lauri Ana Pottery or Lauriana Studio Pottery, set up by Philip Laureston (or Philip Laureston Smith) and Christine Anna Cruse in 1963 in the Torquay area.
Some references said these designers worked at the Babbacombe Pottery and their designs is the Lauriana Studio Range. This range also refers to pottery painted with designs based on the Prehistoric cave paintings in Lascaux caves in France, so there seems to be a bit of confusion here.
Anyway, nice cat.

Another Lauriana piece. This time showing the cave paintings decoration
LA monogram on the base 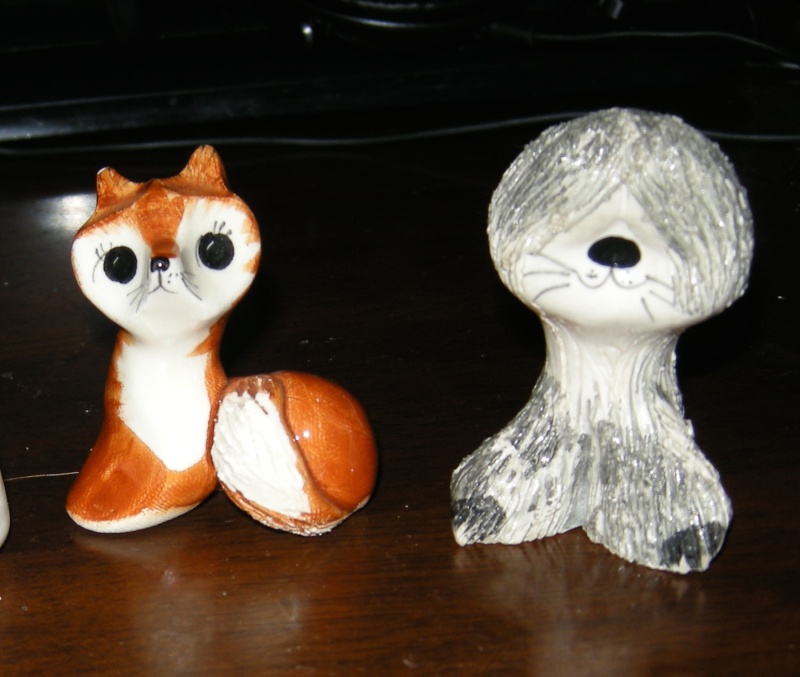 Some age to the glaze and a quick paint mark on base. I was thinking Italian holiday ware maybe 1960's? 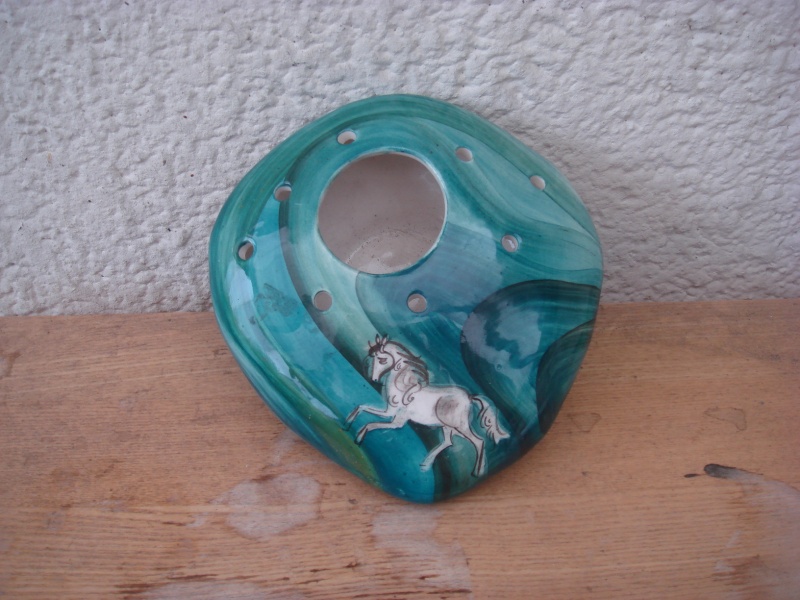 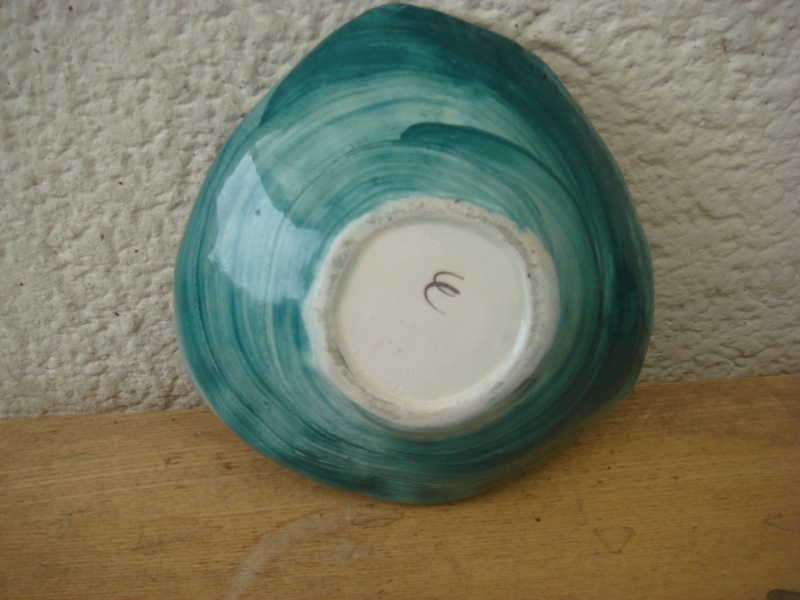