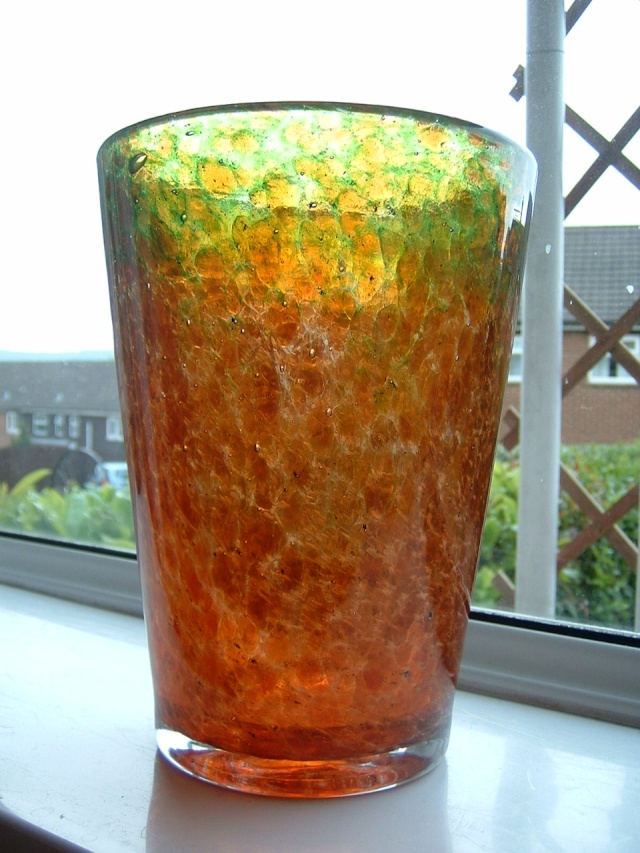 bought at glasgow antique centre this week , sold as monart , I am pretty sure it is looking at other pieces, polished pontil a nice well made heavy vase , just under 8" High, can anyone confirm ? 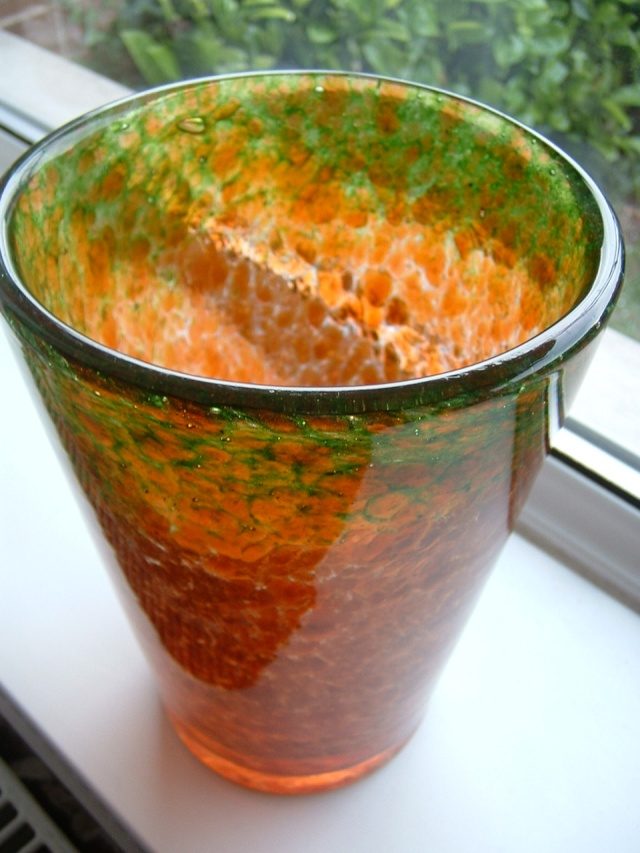 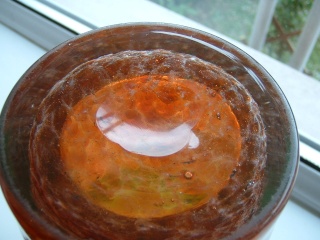 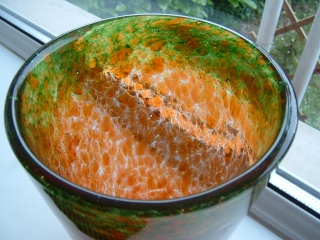 I'll dig out my Ysart book to check, but my instinct says this isn't Monart.

I took a quick bimble online - shape OE is broadly similar, but there's no way near the amount of clear casing on it, nor on any of the designs:

Thanks Nic , looks like I have bought a copy of some sort then , the OE shape looks right and some even had applied casing, but after reading this link
http://www.ysartglass.com/Ysart/IDguide1.htm

Near the end he says this type might be bohemian or north england ( don't how he makes that connection) but anyway it looks like I have bought a duffer , a nice duffer , but duffer nonetheless .

There's a further page on 'lookalikes':

I think Ysart glass, in Scotland, suffers the same fate as Whitefriars in England - when sellers are in doubt, they attribute it to them!

I don't think it is Bohemian as the shape doesn't look right to me but that's just instinct rather than knowledge. Maybe will turn out to be Czechoslovakian. Pretty though.
m

Thanks Nic , m , I am not sure now lots of different views on the net , Nic is deffo right about the clear casing , everything else looks ok , shape size etc. , I can't quite understand why a lot of glass collectors go down the bohemian route when failing to Id a piece , it's getting as bad as the old murano thing and to suggest bohemia and stourbridge in the same breath is clutching at straws .

A lot of this splattery style of glass was produced in those regions - so they're obvious defaults, as well as clear possibilities.

Trouble is, with identifying a lot of pre-war glass, or glass from countries where designers and factories aren't quite so fetishised, you have to rely on very broad generalisations in the face of little/no recorded evidence.

Ed, I don't agree that to suggest Bohemia and Stourbridge in the same breath is clutching at straws. In fact there are some pieces that have previously been assumed to be Bohemian, where there are now thoughts that they in fact were made in Stourbridge. There is crossover between some of the antique pieces certainly in terms of decor and shape which make it quite difficult to id. There is a huge piece of work going on at the moment identifying Bohemian glass and attributing it accurately (or as accurately as possible) . Hopefully this will stop people listing things as Loetz when they aren't as one spin off from it I guess. I've seen a lot of those pieces either because I own some and have been researching madly or seen pictures that have been sent to me, and you'd be astonished at how forward thinking they are for their time. I have two vases, one of which I've listed at the moment, that I have said could either be English or Bohemian. And it could. The other is signed so I am keeping it for the moment to see what transpires.
Anyway, I digress, none of which is helping to id your piece. Sorry

I understand what your saying but I think you are missing my point , of course bohemia english etc. can have similarities that I don't have a prob with , but some people throw these names into the hat with no good reason , they might as well say the planet mars as well , I knew a polish women who had a shop in abergavenny and sold glass from poland , that later appeared as murano / whitefriars and no doubt chinese with the odd czech thrown in for good measure , if, for instance some might say I think it's bohemian because ......here is a very similar piece fair enough , but until then it looks like nobody knows .

I am sure some are familiar with this link and I think it's very good , however the last Headline is what I am on about a simple NO Idea would have been better .

I don't think that limiting it down to possibilities is a necessarily bad thing. No one's saying that it is any of those things, only that it might be any one of them.

This, then, opens up avenues to explore - more so than saying "Dunno".

But it doesn't Nic , that's the point, if there was a semblance of nearity then yes I agree , or at least a reason an example , I am not being ungrateful and appreciate the input, but too many red herrings is a bit confusing , it happens in the pottery as well so it's not unique , from what iv'e gathered so far there does seem to be more of this type of glass in scotland than elsewhere , maybe coincidence

To explain the volume of it up north... a lot of the glassworkers from the Vasart factory went on to open their own small studios and still continue to pump out very similar wares - because it's commercial and has become exactly what people expect of Scottish glass.

And I think a lot of the stuff made outside Scotland was shipped up there quick-sharp during the Vasart/Monart boom years ago.

So that would point albeit not proven to scottish origins , anywho no matter , I will flog it as a murano style czechy type vase with a whiff of whitefriary monart from scotland ,but with a geordie accent .