This beautiful ribbed stoneware vase is marked on the underside St Neots Pottery. Investigations on the Web indicate St Neots is in Cambridgeshire but no reference to a Pottery.  Eventually I came across St Neot located in the Liskeard area of Cornwall that did have a Pottery. An extensive search has revealed only a couple of teapots which bear no resemblance to my vase.
The vase is 16cm tall and 9cm dia. at the top. In my opinion this pot has been made by an accomplished potter. Does the style and leafy design (in blue grey) ring any bells? Do you agree it is Cornish pottery?

Does that mean the pottery no longer exists and hasn't been in existence since the reference book was produced? The pot shown was done by a competent hand, don't you agree? Perhaps someone will see my postiing and remember St Neots pottery.

the book lists potteries no longer in existance,it also covers some recent potteries set up in the past 10 years and I think your pot will pre-date that so I guess St Neots was just overlooked
_________________
Due to travel restrictions the US was obliged to hold the coup at home this year

I have done more investigation today and the Digital Museum of Cornish Ceramics lists St Neot pottery but there is no backstamp or info. I have emailed the curator@cornishceramics.com and hope I receive a reply. Have you ever visited this site? V

ps did you see my sketch of the mark on my so-called Colin Kellam dimpled pot?

Yes an excellent site,we do have links to it in the studio section
_________________
Due to travel restrictions the US was obliged to hold the coup at home this year

Thanks bonny lads. I've actually received a response this morning from John Mole (Curator, Digital Museum of Cornish Ceramics) who has asked for pics to add to his database - I have been happy to oblige. May receive some feedback from that source. V

Found a large St Neots Pottery vase today.
This one has an impressed mark, unfortunately too shallow to photograph clearly.

There is a St Neot, Cornwall, and a St Neots Cambridgeshire. I'd assume this vase and the one at the top of the thread are from Cambridgeshire, not Cornwall. 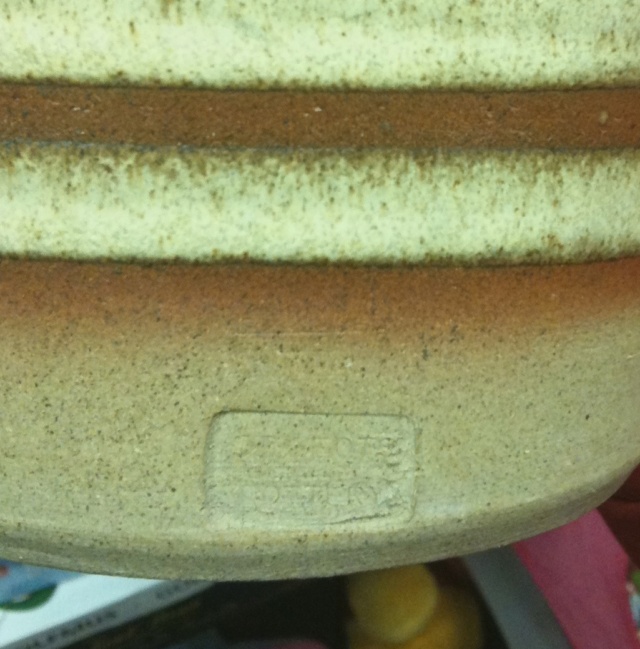 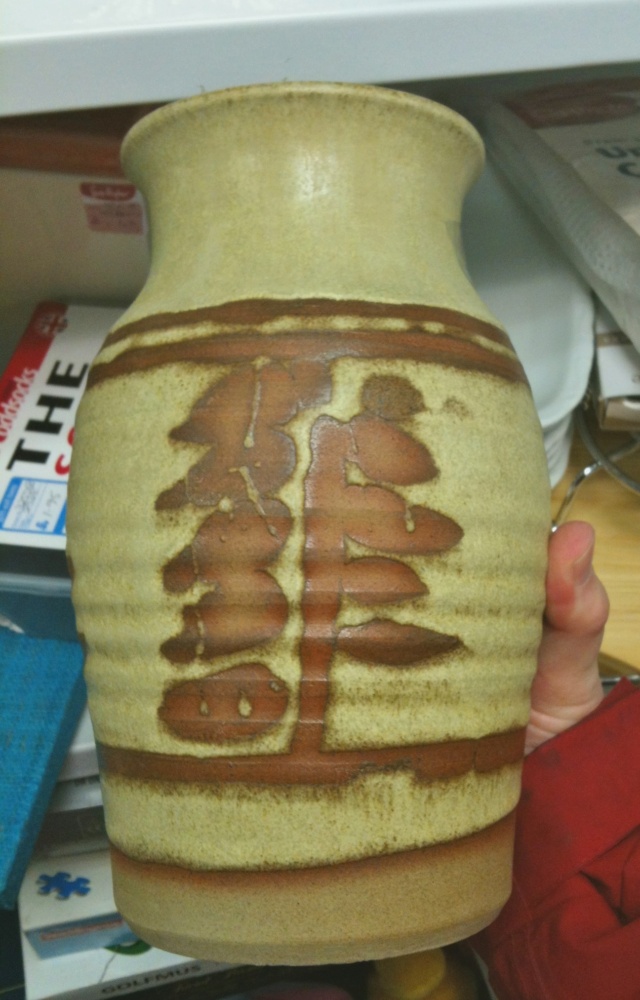 Are they the same pottery, or do we have 3 different potteries here? - one or two in Cambridgeshire, and one in Cornwall?

It looks like at least 2 Naomi, but with distinct different spelling.
1 mark for St Neot pottery in Cornwall, and 2 different marks for
a St Neots pottery (Cambs), but likely from the same pottery,
I hope I've at least nailed the Cornish one now anyway.

2 addresses on record for potteries at St Neots:
The Old Pottery, 57 High Street Abbotsley, St. Neots, PE19 6UE
St Neots Pottery, 158 St. Neots Road Eaton Ford, St. Neots, PE19 7AD - record of the building having sold in 2007 but no records before that. A Charles and Diana Commemoration Plate is listed as being made by St Neots Pottery in Eaton Ford in 1981 on their community archive. Probably operating in the 70s too.
The St Neots community archive commented that Tony Clarke converted the building (158 St Neots Road) in 1978/79 which was previously 2 dwellings, before St Neots Pottery moved in in 1979. The pottery then moved to Kempston in 1985. Although the pottery was probably already in operation in or near the village in the 70s because people recall visiting it around then; maybe at the Abbotsley address?
A pot by Tony Clarke came up for auction in Truro a few years ago so he may have been the potter, although there is also an Australian potter by that name so might have been one of his.
_________________
Just my personal opinion, take it or leave it.

A piece of history from the St Neots group on FB:

St Neots Pottery started in John Bull Mill that was at the back of the square behind Chinese restaurant. It was owned by Tony Clarke. He and two fabulous potters Chris and Pete - Glenda and Andy trained (sic) produced a range of pottery. When the mill was knocked down it moved to a building at the back of Tony's house in St Neots road, old house next to A1 Gearboxes... Think they moved to Bedford mid 80’s

The pottery was at the side and back of 156 St Neots Road, the site of The Old Chequers pub.

Stuart Marsden recalls training there for a few months before setting up Somersham Pottery in Cambs.
He also says "Pete makes... violins, [but] they [Chris Arnold & Pete Dodge] are still open as a Pottery..... TwentyPence Pottery. I sold my Pottery and the buildings after 28 years" 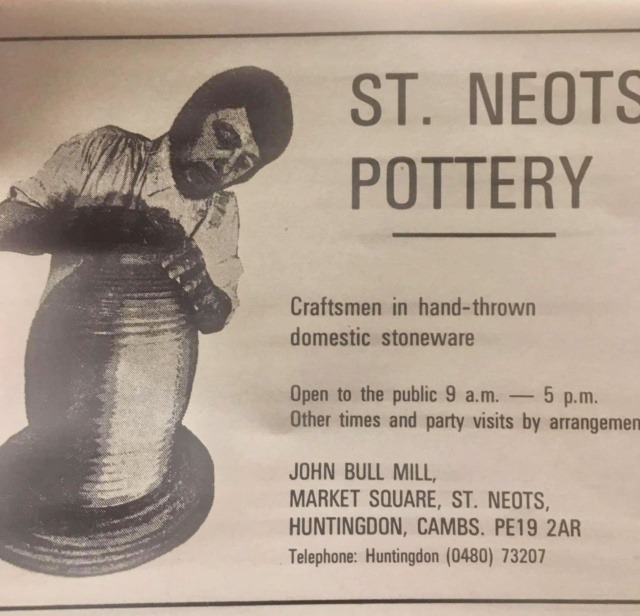 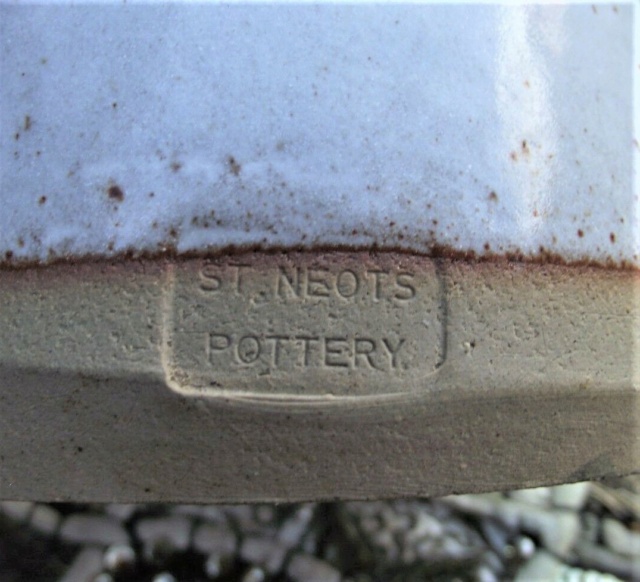 The potter in the picture: is that the bloke from that, erm, relationship advice book from the '80s, The Joy of Sex?

That would certainly bring the customers in