Educated at the RCA 1965-1968.
Co-founded Glasshouse 1969
Founded her own studio, Ravenshill, in 1975
Co-founded Cowdy Glass Workshop with husband Harry Cowdy in 1978, but still seems to have continued with Ravenshill.
From 2004 onwards she worked/works exclusively in kiln-fused panels. 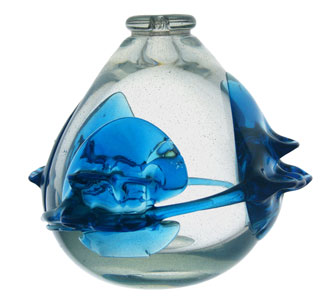 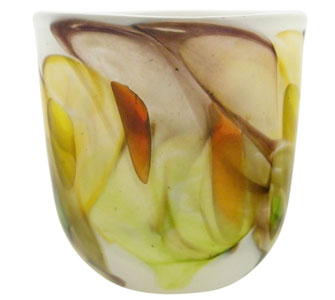 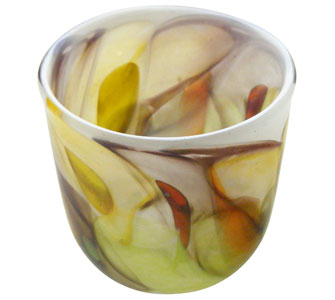 Same here - especially her work whilst still at the RCA, but it comes up so rarely.

There's a gorgeous piece in one of the Crafts Council contemporary British Glass catalogues called 'Stacked Form- Colour Elevation' -
I'm holding out for a largish piece like that with lots of colour ...well, when I say 'I'm holding out for' I mean 'When I am rich'

Aye, you need a deep pocket or two for the early bits - the first vase on this page, with the blue 'fins', was £350 (if memory serves) and that's only about 15cm tall.