One that I’m hoping to have confirmed is as bad as it looks - I ask because I don’t have much of an eye for early 20th century art pottery and often overlook interesting pieces. I’m asking about this one because it seems to have  some age - the clay body doesn’t look commercial but home made (hence the ‘blow-outs’ in firing) and the signature, while crude, suggests two makers (L & H Something…) claiming it.

Any thoughts, or am  I safe to add to the ‘dispose of responsibly’ pile? Thanks 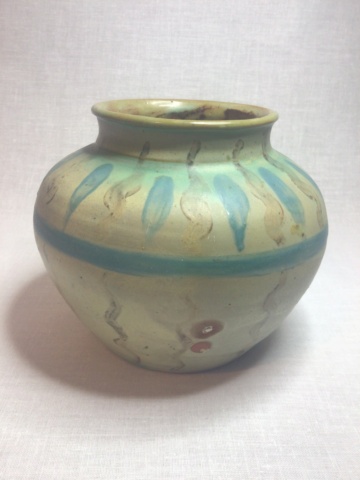 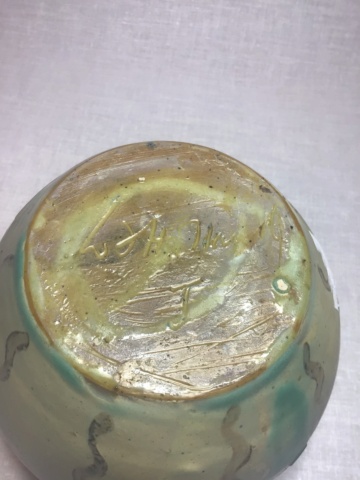 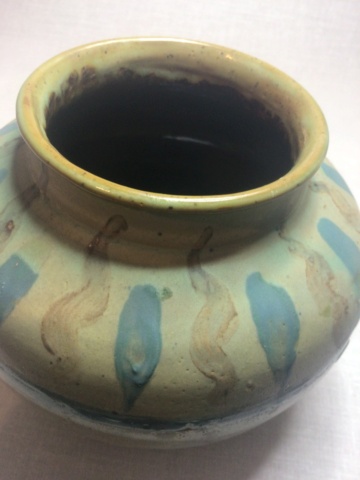 The image of the base is just big enough for me to make out a William Fishley Holland signature, I think.
_________________
Now you should know by now that Potty and I need to see your bottom - we're funny that way!

Thank you - I’ll keep hold of it and do a bit more digging then!

There's a thread on here at

https://www.20thcenturyforum.com/t6756-fishley-holland-dunster?highlight=fishley+holland
_________________
Now you should know by now that Potty and I need to see your bottom - we're funny that way!