Happy New Year to all,
I bought this piece at auction In Liverpool.
It was part of 12 pieces all of which were wrongly attributed by the vendor who I think bought pottery from charity shops / car boots.
I have identified 9 of the lots this one is one I haven’t.
I know it’s not by Norah Braden and I note the comments surrounding the conjoined NB mark being not by Norah Braden though I would add that the last lots which went through the auction sold for over £1000 including commission.
I know that doesn’t mean they were by Norah Braden but she also had an accepted painted initials mark which isn’t included in the BISPM.
Has anyone any clues - all suggestions gratefully received.
It’s approx 17 cms high and diameter 12.5 cms
I have tried all combinations from NB to NOB to MB without joy.
The other 9 were an eclectic bunch but were all in the BISPM - Brill!

Photos are not showing.

Thanks Philpot I thought it hadn’t worked 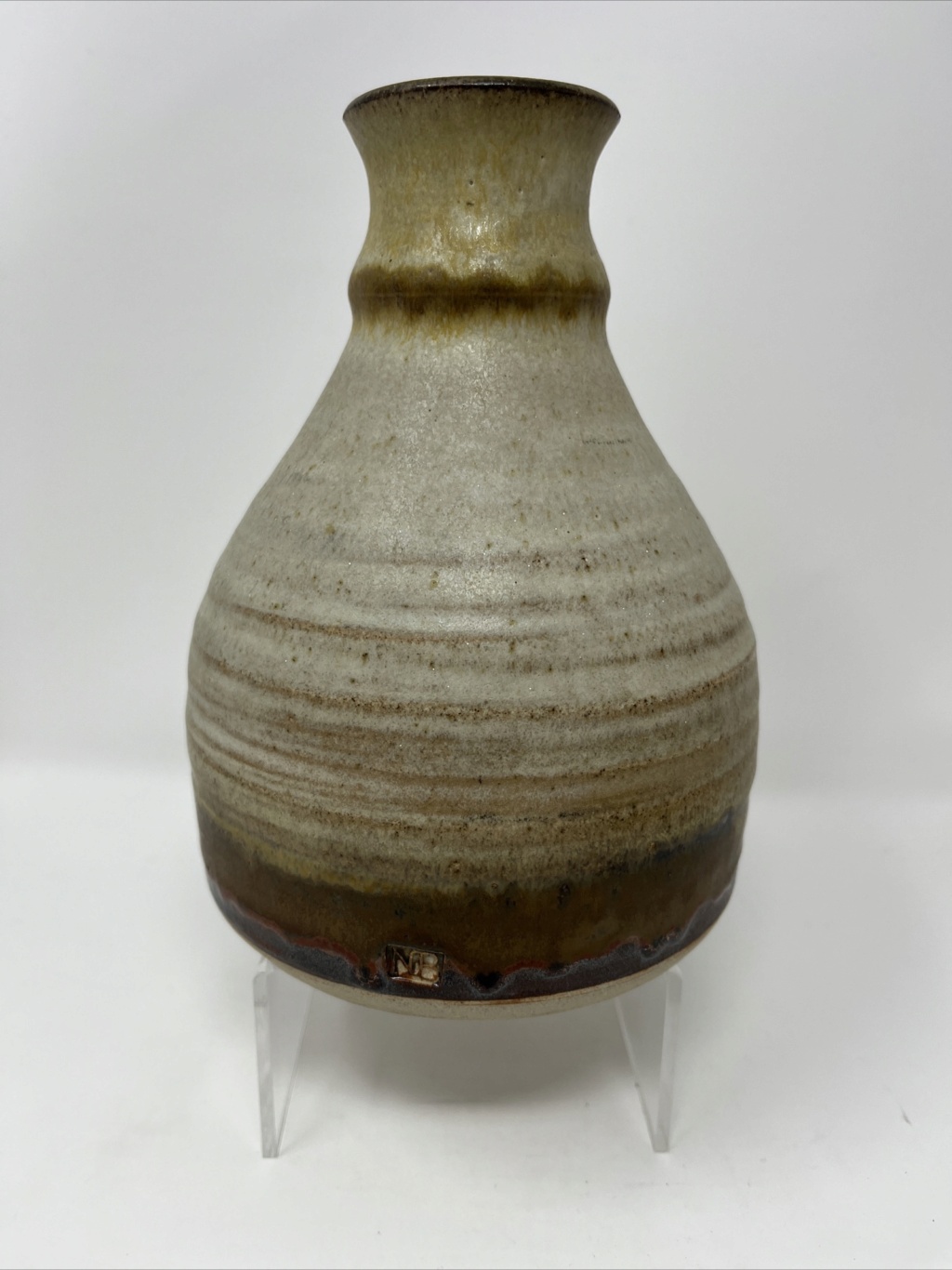 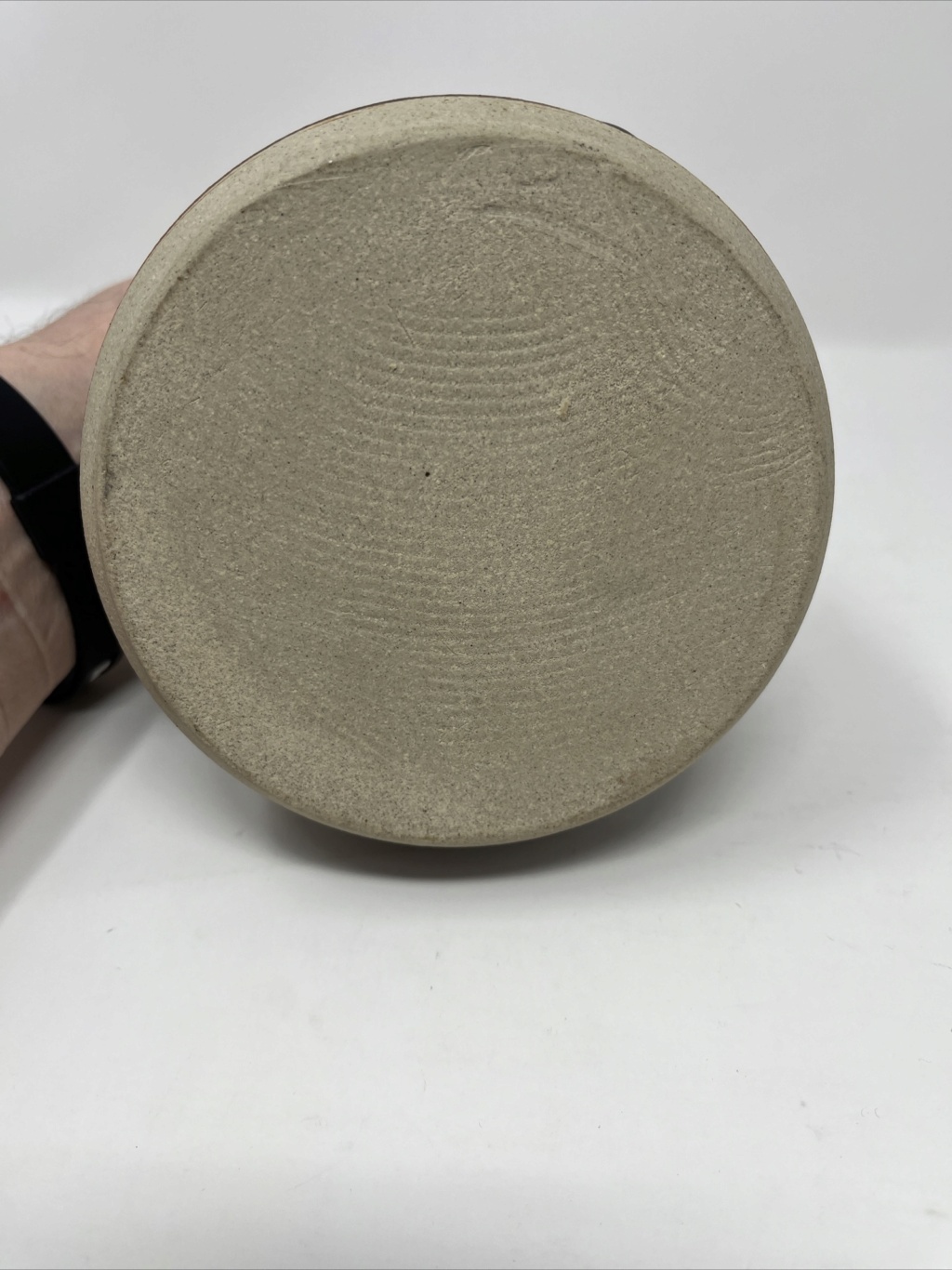 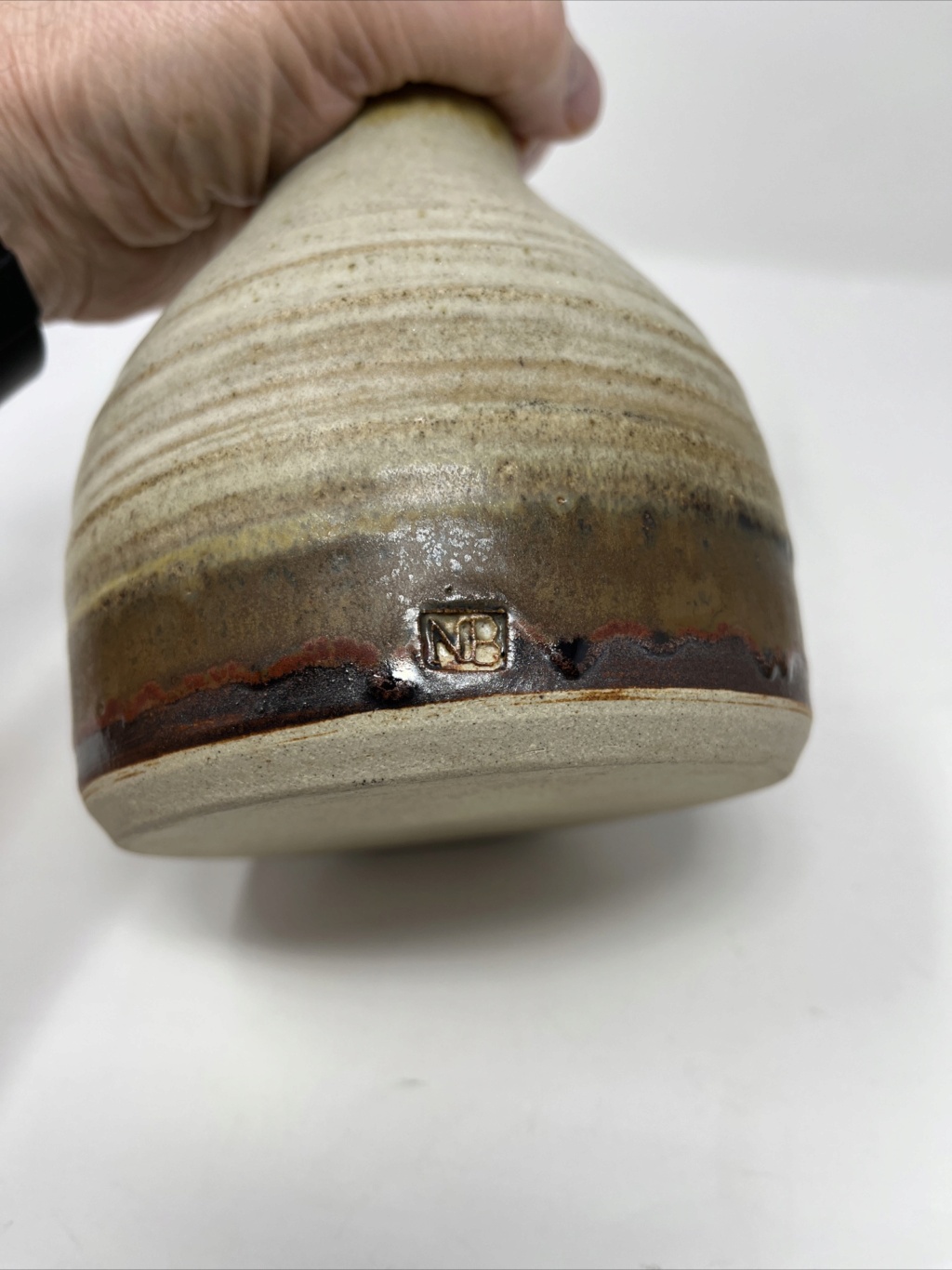 We’ve had it before, but still a mystery

Thanks Naomi,
I did look through the mystery pots on BISPM but could only find the conjoined NB mark which was different you are correct though this fits in with the two marks you’ve sent
Pity!