I’m hoping someone can help with this because Google comes  up with exactly zero results - I associate Marno with Towy pottery which is certainly not England! 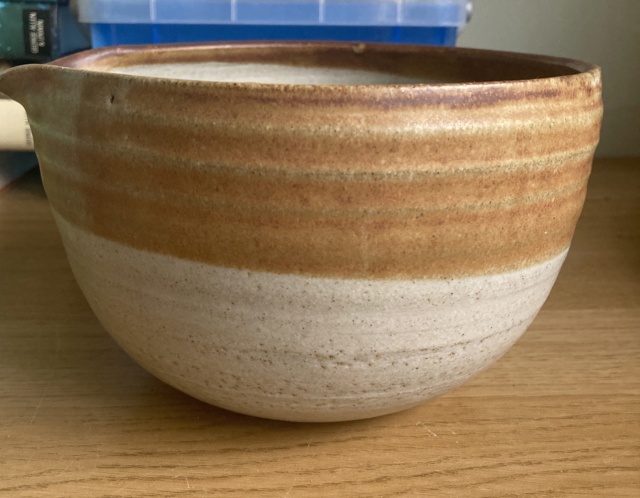 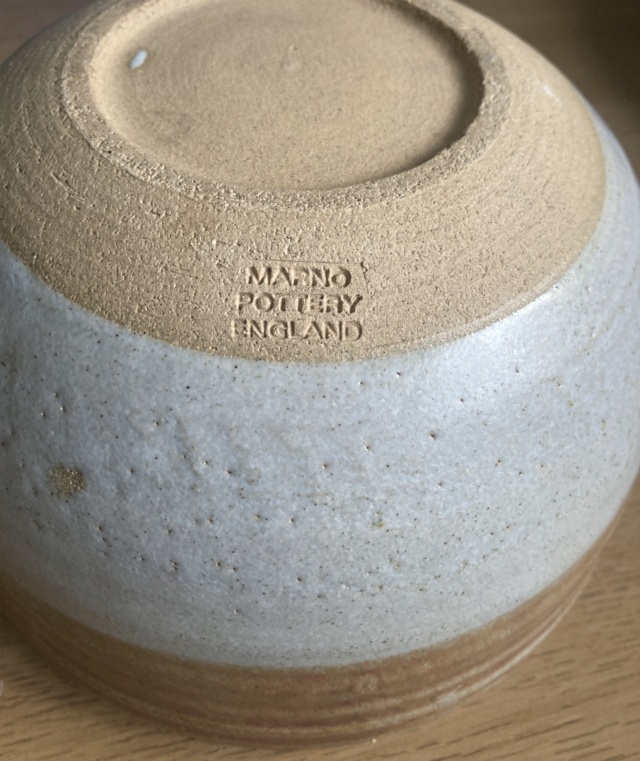 That’s brilliant, thanks - I couldn’t find any reference to this!

This is the style of pottery made by Will Marno in Hadleigh prior to moving to Wales. This style of pottery was also made for Marno's Food Reform Restaurant in Ipswich in the 1960s. The restaurant was run by Bill (as he was known at the time) and his then wife Hazel. A vegetarian wholefood restaurant way ahead of its time!
I played guitar in an acoustic trio called Three Part Thing who were booked to perform in the (packed) restaurant every Saturday afternoon, so got to know the Marnos well and later worked in the pottery in Hadleigh and then at Towy Pottery in Rhandirmwyn for a while.