Looking for any info on Jane Holmes.I know she Exhb. at Casson Gallery and also Heals & Liberty's but no information after 1973 approx.Any info would be gratefully received. 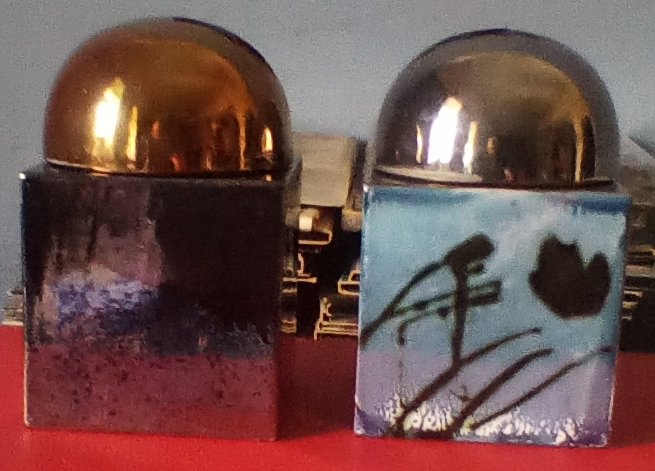 Are the pieces marked?

There’s only one mention in Ceramic Review, 1977 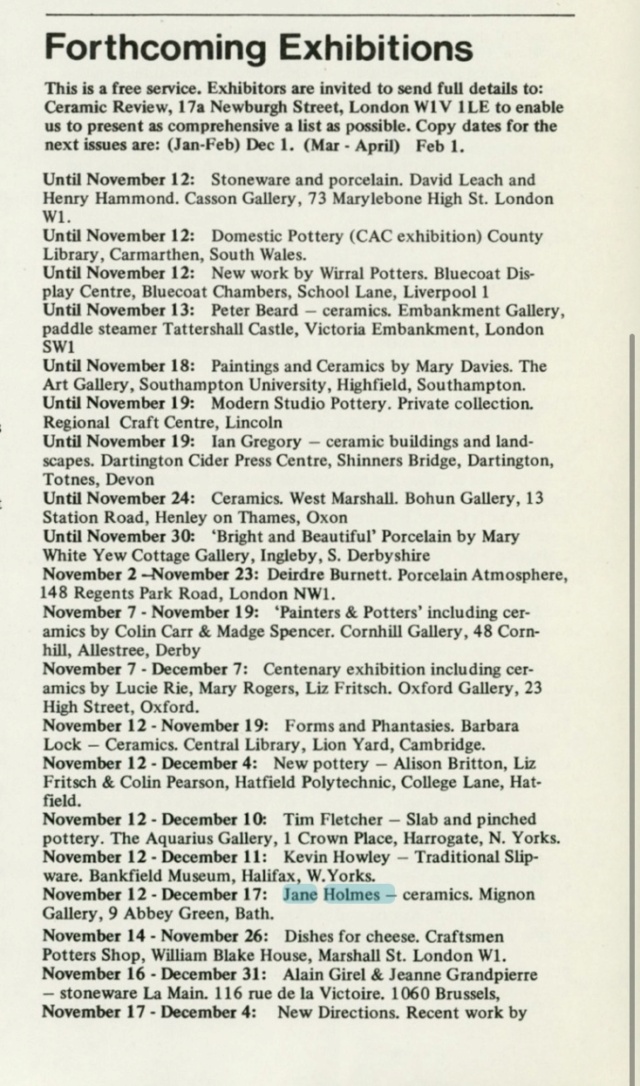 Hi Naomi,both pieces have her initials impressed inside the pots.The only other work I can find is in the Ceramic Museum in America. 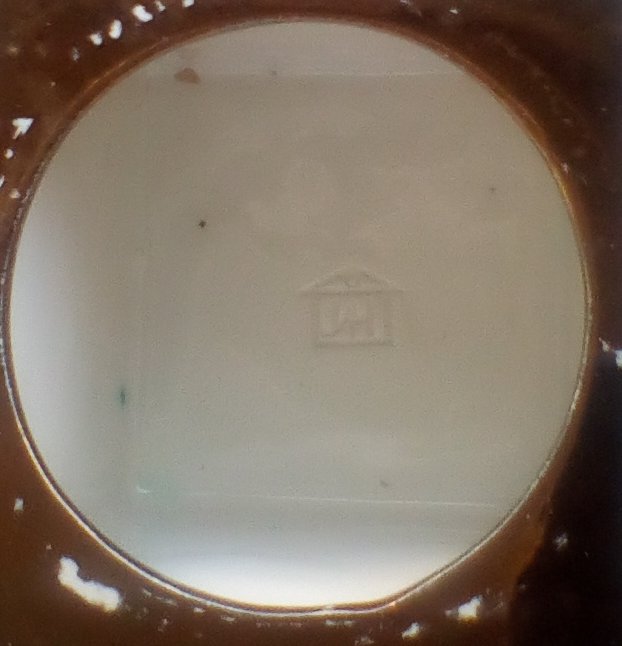 According to A GUIDE TO PUBLIC COLLECTION OF STUDIO POTTERY by Robert Fournier (a 1994 book) there is one piece of her work in Newport Museum in Wales. Which might suggest a Welsh connection.

She studied at Cardiff college of Art

The problem being that were a very large number of people did pottery courses in the late 60'S early 70's. It was the burgeoning of the Baby Boomer generation. Alternative lifestyles et al. There were some very good potters who did it for a while and then found they could not make a living out of it, and went elsewhere into relative obscurity.

That would be a shame,they are quality ceramics and she would no doubt have gone on to greater things.