William Redgrave (1903 - 1986) was a English sculptor born in Ilford, who attended the central School of Arts and Crafts in London but eventually settled in Cornwall.

With the painters Peter Lanyon and Terry Frost, he founded the St. Peter's Loft Summer School in St. Ives, which ran from 1955-60 and was a member of the Penwith Society of Arts. A friend of his, Francis Bacon, rented a studio in St. Ives from Redgrave in the 1950s and persuaded Redgrave to take up sculpting seriously.

Much of his work was portrait work and included this of his friend Bacon, in bronze, owned by a friend of mine. 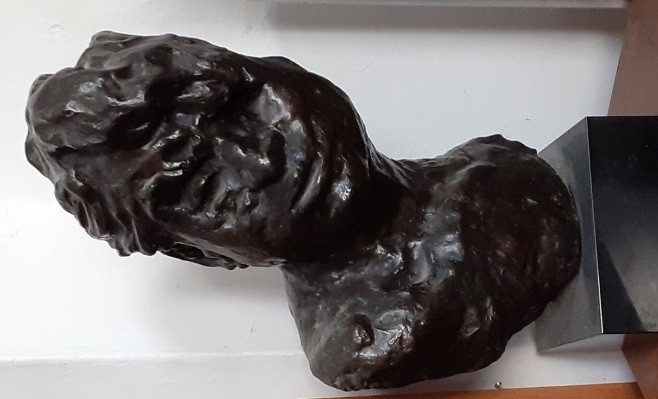 I am familiar with Redgrave ,the tryptych of his which has been well illustrated was really superb ,another of his works which is quite well known is 'the scream' and it is surprising how often the subject of scream has been used in art, at the moment there is a painting by Illsley up for auction at mallams again titled 'the scream' after munch. Your friend is very lucky to own such a piece as the Bacon bronze.

Hi Studio, I have been unable to find any auction records for Redgrave's bronzes in auction, do you know how many were cast of the Bacon bust ..

I don't but I will have a look to see if it has an edition mark when am next there.

However, I believe he did a number of Bacon busts at different times but I don't know how many were editioned in bronze.
_________________
Now you should know by now that Potty and I need to see your bottom - we're funny that way!