Really unusual object seems to have a lot of age from my eyes anyway it measures 6 4/3" x 5" x 3 1/4". The glaze intrigues me a sort of apple green crackle glaze when it reaches the edges turns a lot lighter the edges have a build up of glaze sort of dripping effect. The inner is a buff color. The glaze can when in right light show areas of significant wear from what i am not to sure but its a real odd ball object love to know date of it and where it was made and for what if possible thanks 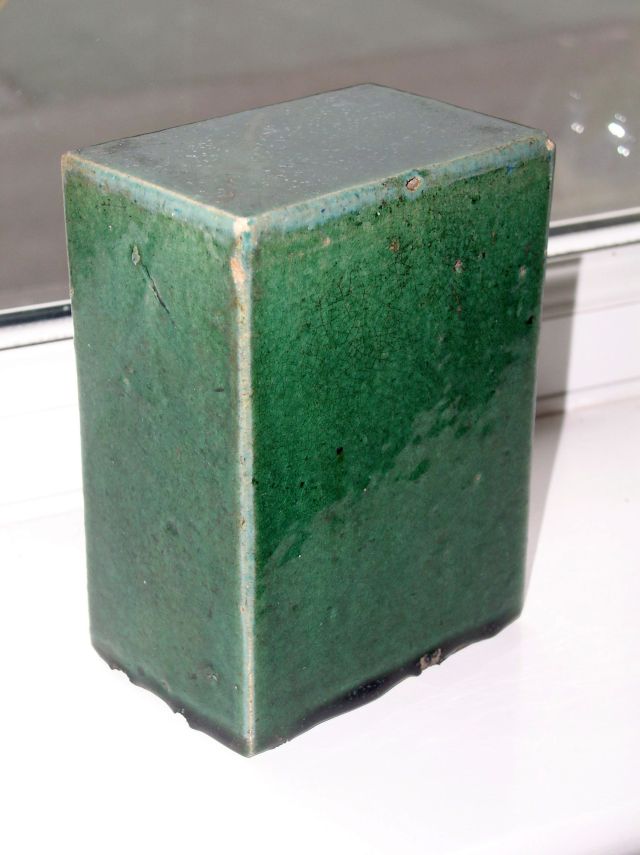 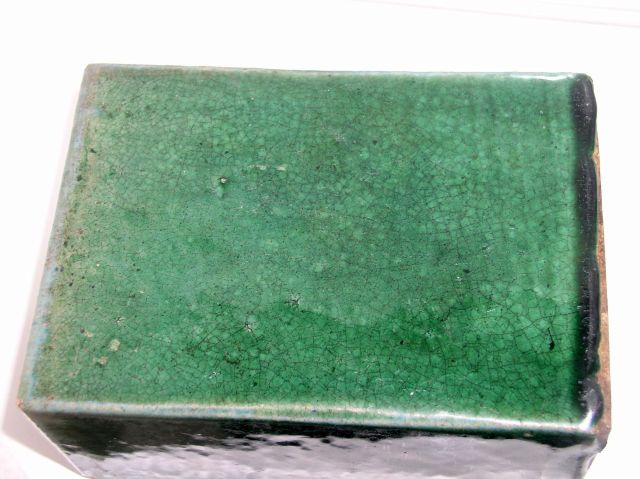 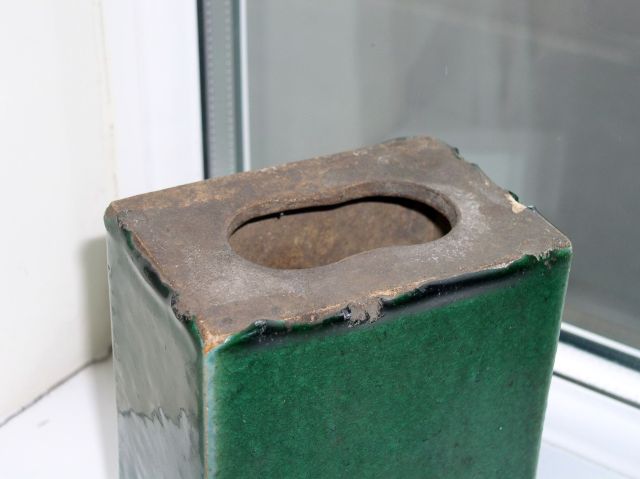 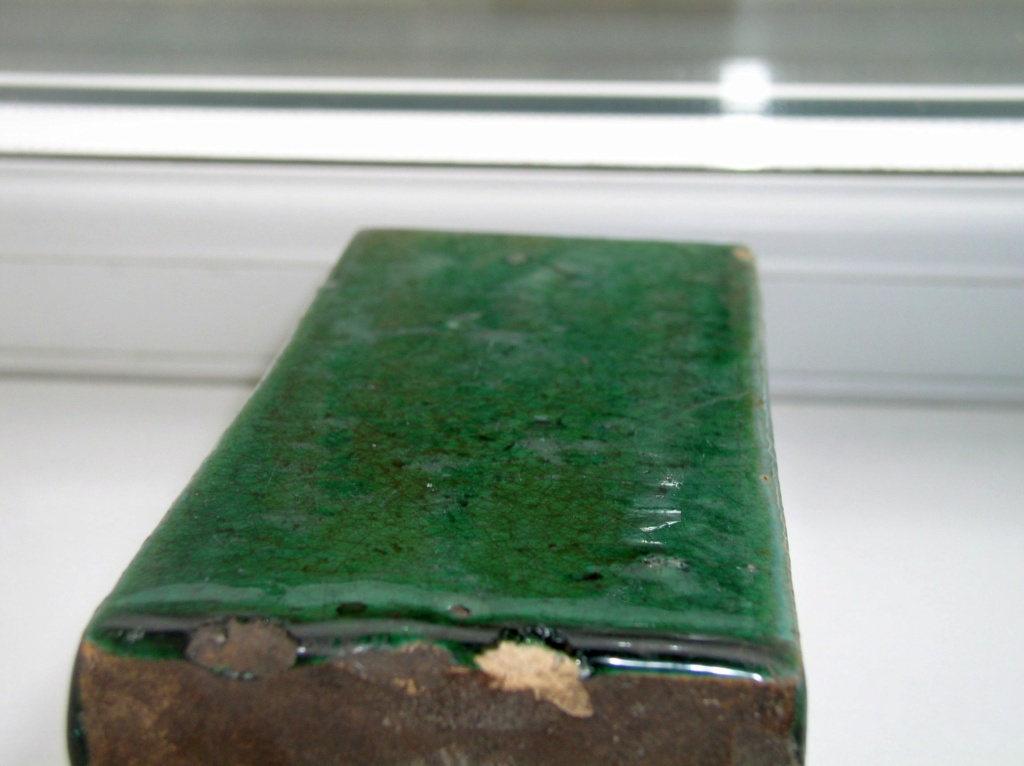 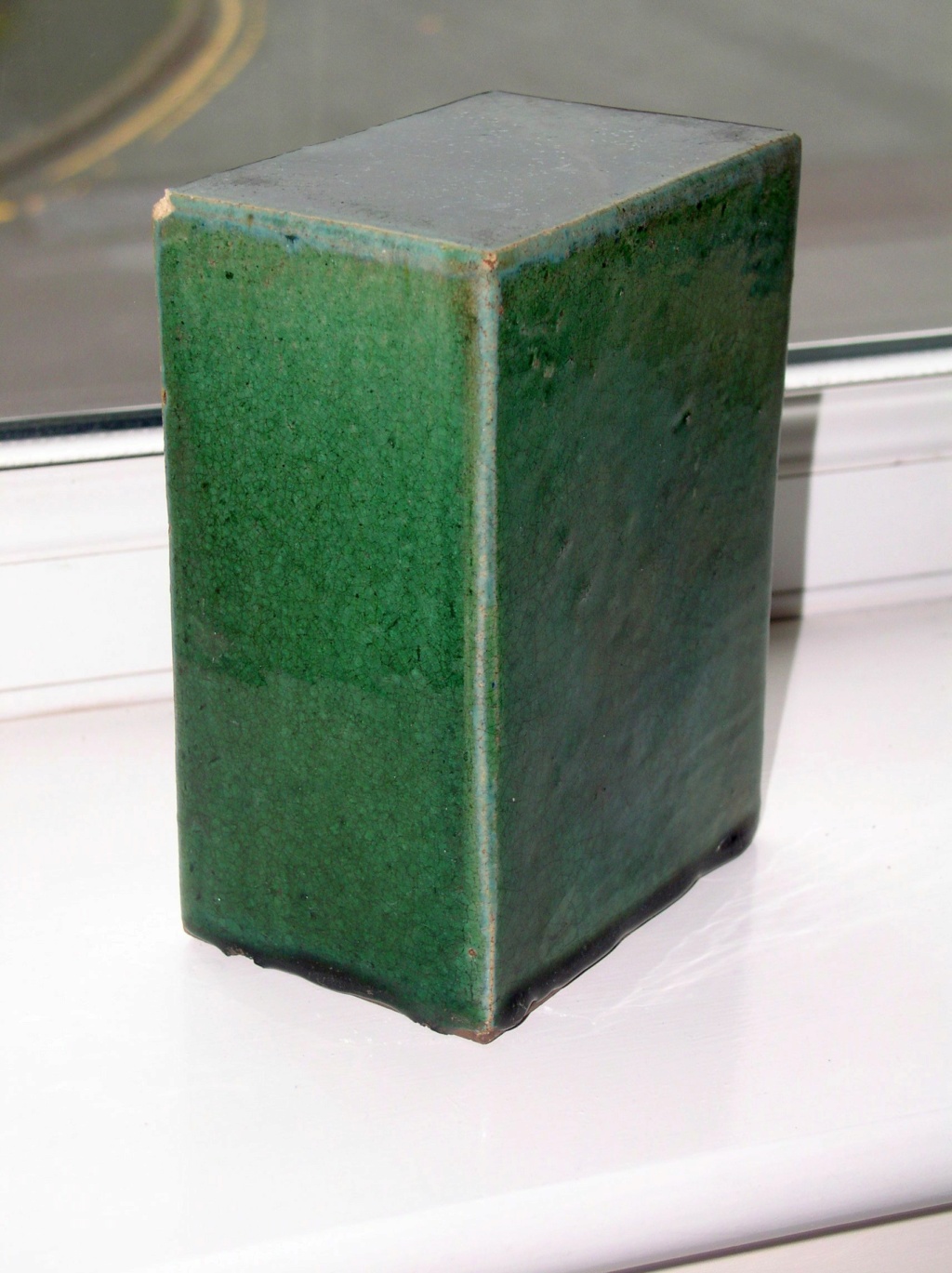 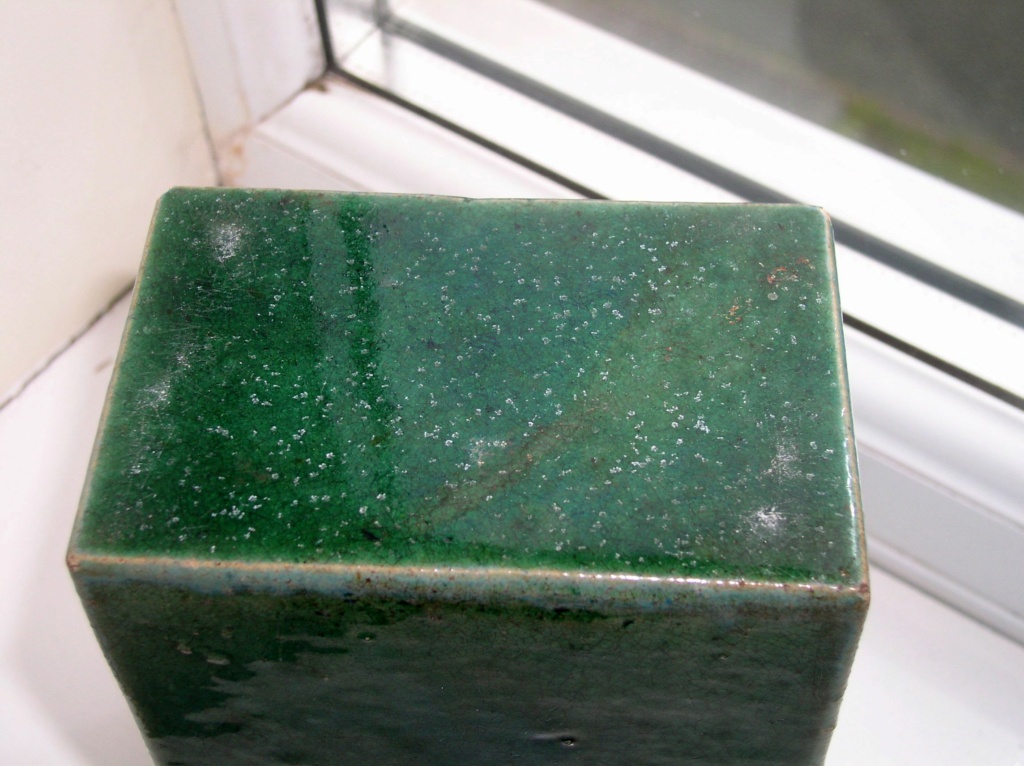 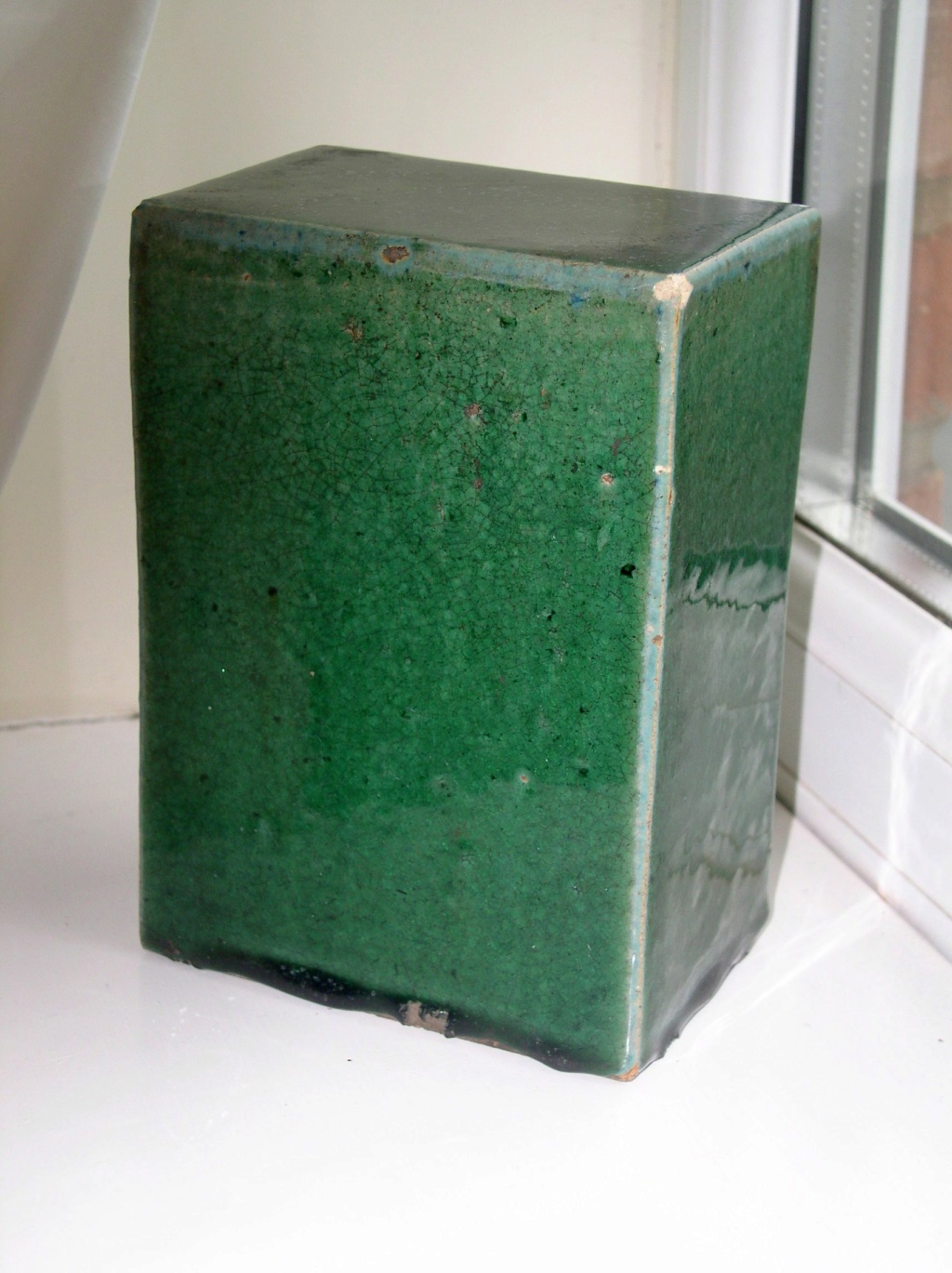 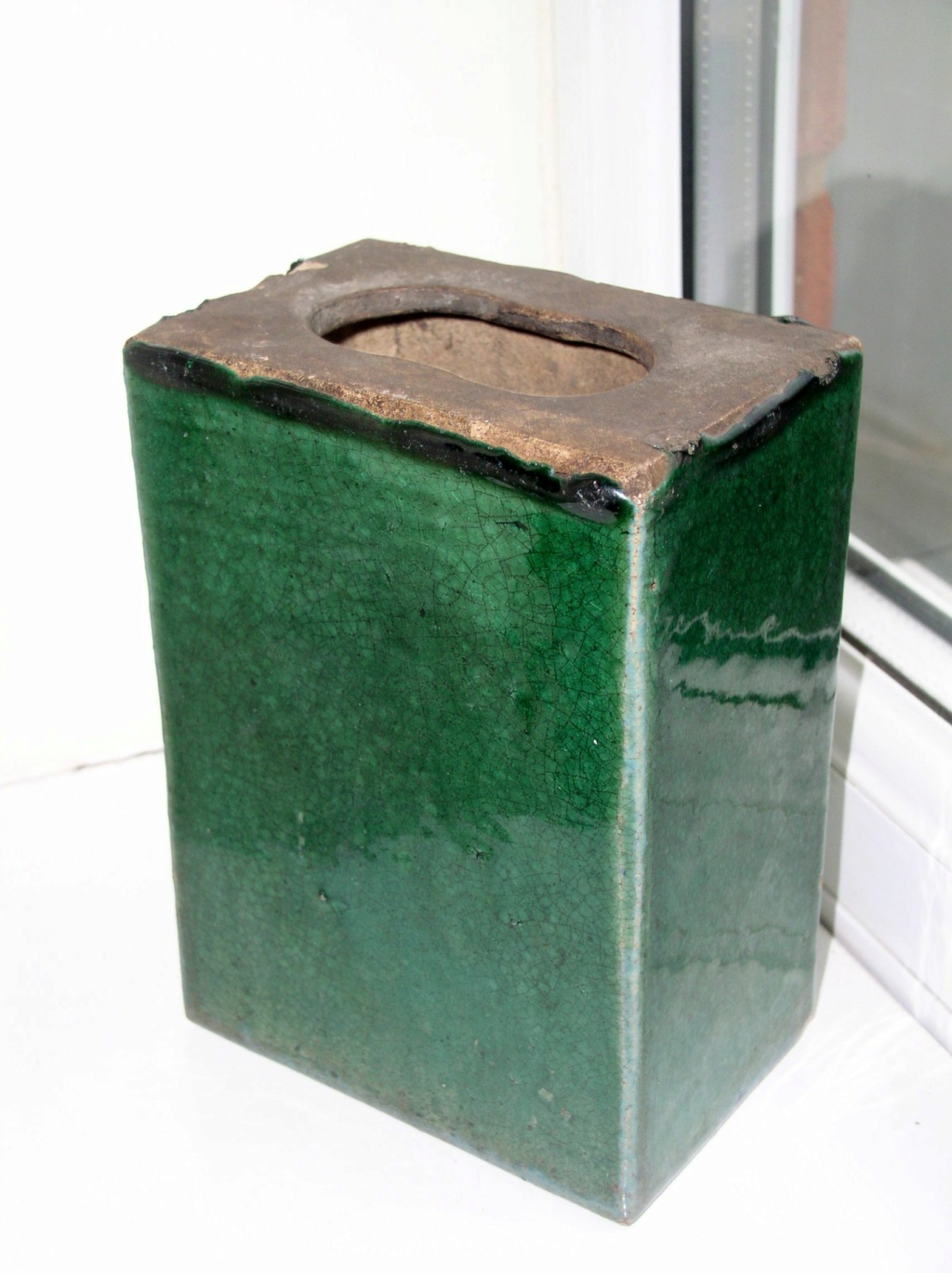 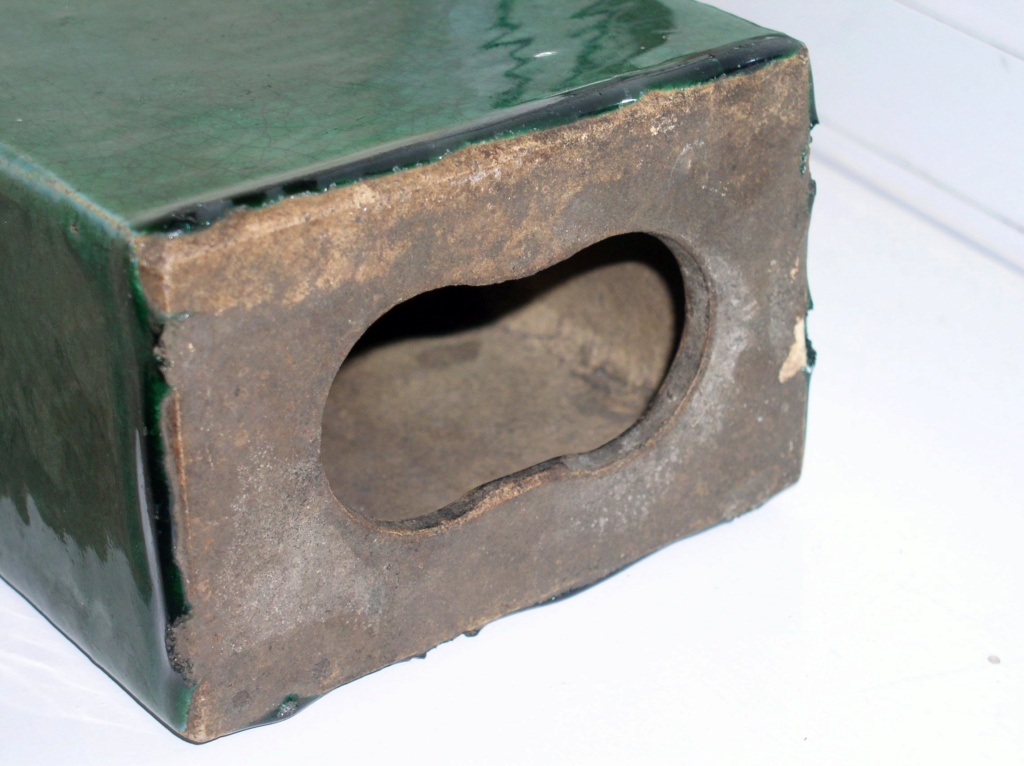 NaomiM star Appreciate it all the best

tbh, I only come across them last week. Odd things. I cant imagine they are very comfortable. Maybe they stop you choking when you're passed out
_________________
Carrot cake is just fake cake

NaomiM wrote:tbh, I only come across them last week. Odd things. I cant imagine they are very comfortable. Maybe they stop you choking when you're passed out

I read they were mainly used on mass in Opium dens in China at the start of the 19th century, Probably once the British Aristocracy mandated Indian
Opium which had been created by Botanists in the UK Which was then sent to India to make due to the ideal weather conditions what a crime take our Opium or else
Chinese were quickly hooked on it. Maybe all aspects of the English empire we all thought were a thing of the past just moved out of site??
Anyway these were used to put your belongings in as mentioned then turned to face the wall and one would rest head on the cold porcelain which might allow for the
smoker to stay awake after consuming the warm smoke

I have noticed a few in similar colors but this appears older to those maybe. Anyway i will keep studying

these were used to put your belongings in