Hello :) just picked this up from a shop in France but I know very little about Chinese wares - wondering if anyone can tell me the maker and date? And how to tell if it's fake?

From my initial research (asking Google) the pattern is famille noire, and the mark is usually early 20th century. It has the orange peel surface texture (good sign), but it seems heavier than I would have expected (bad sign). But then I have never handled a real one so I don't now how to compare.

My feeling is it's an early 20th century fake, somewhat crudely painted, but in good condition.

Would love to have an ID and any other tips or opinions!

Thanks so much, Kylie 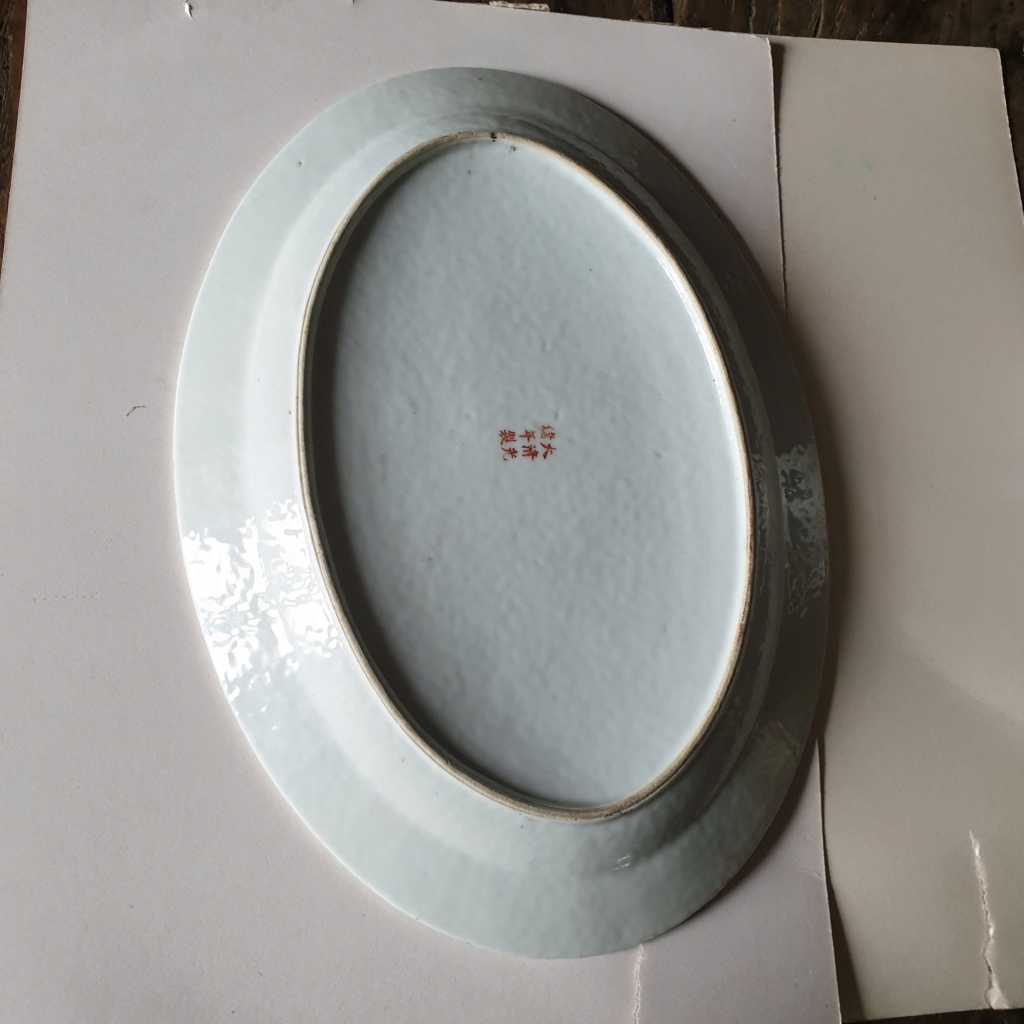 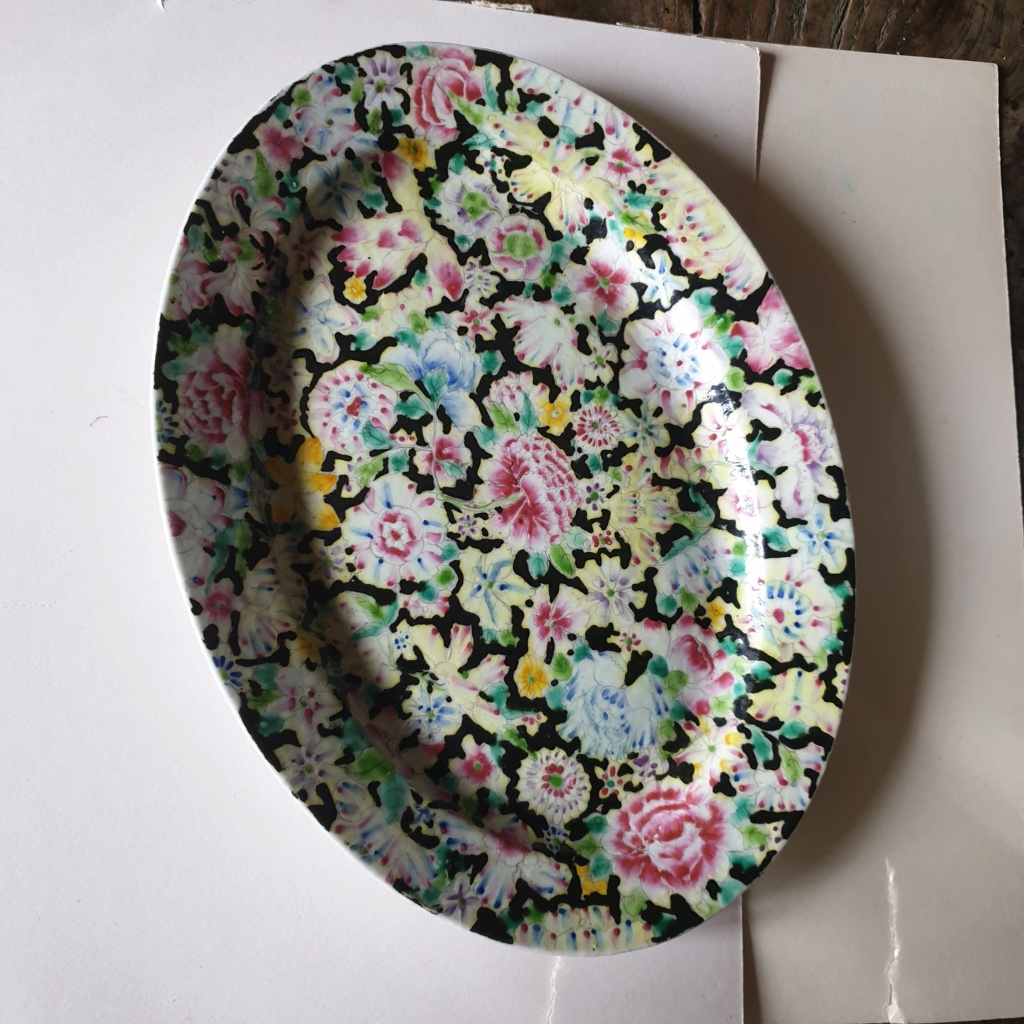 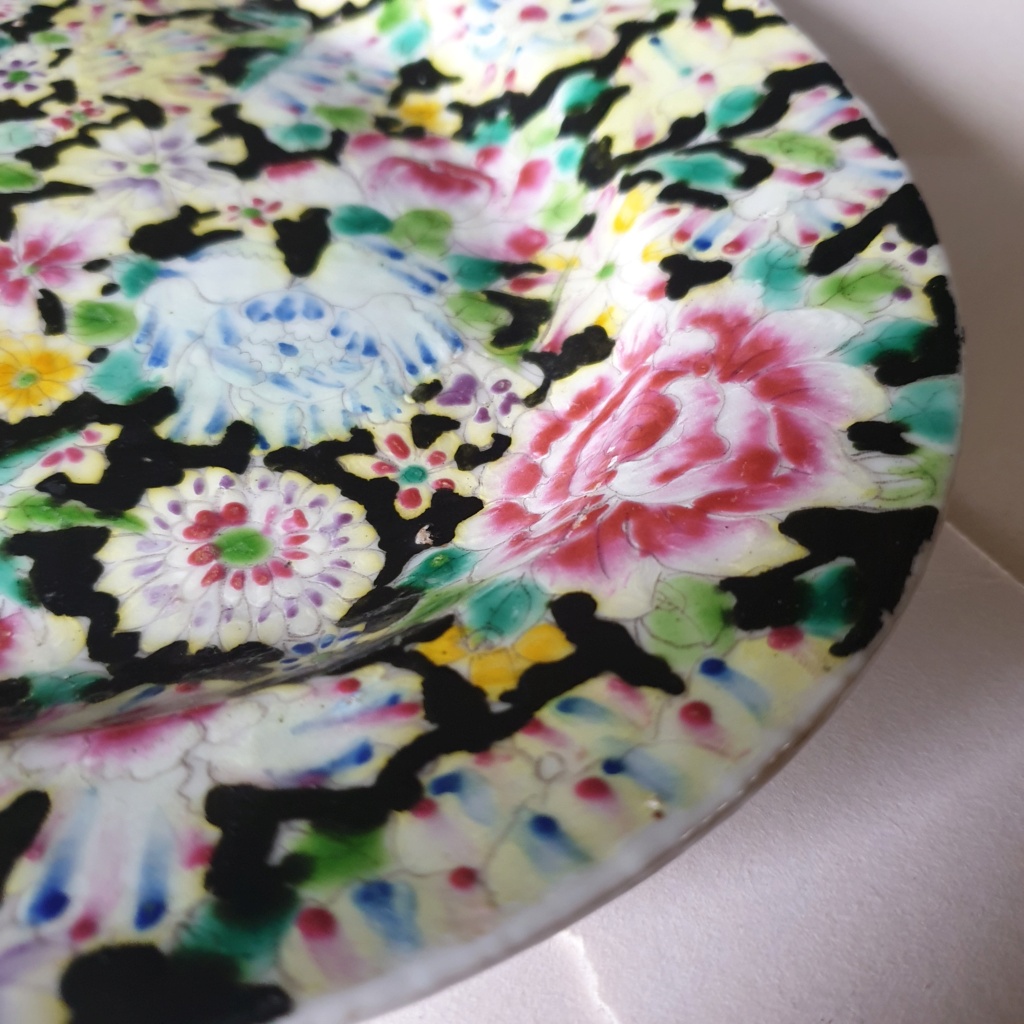 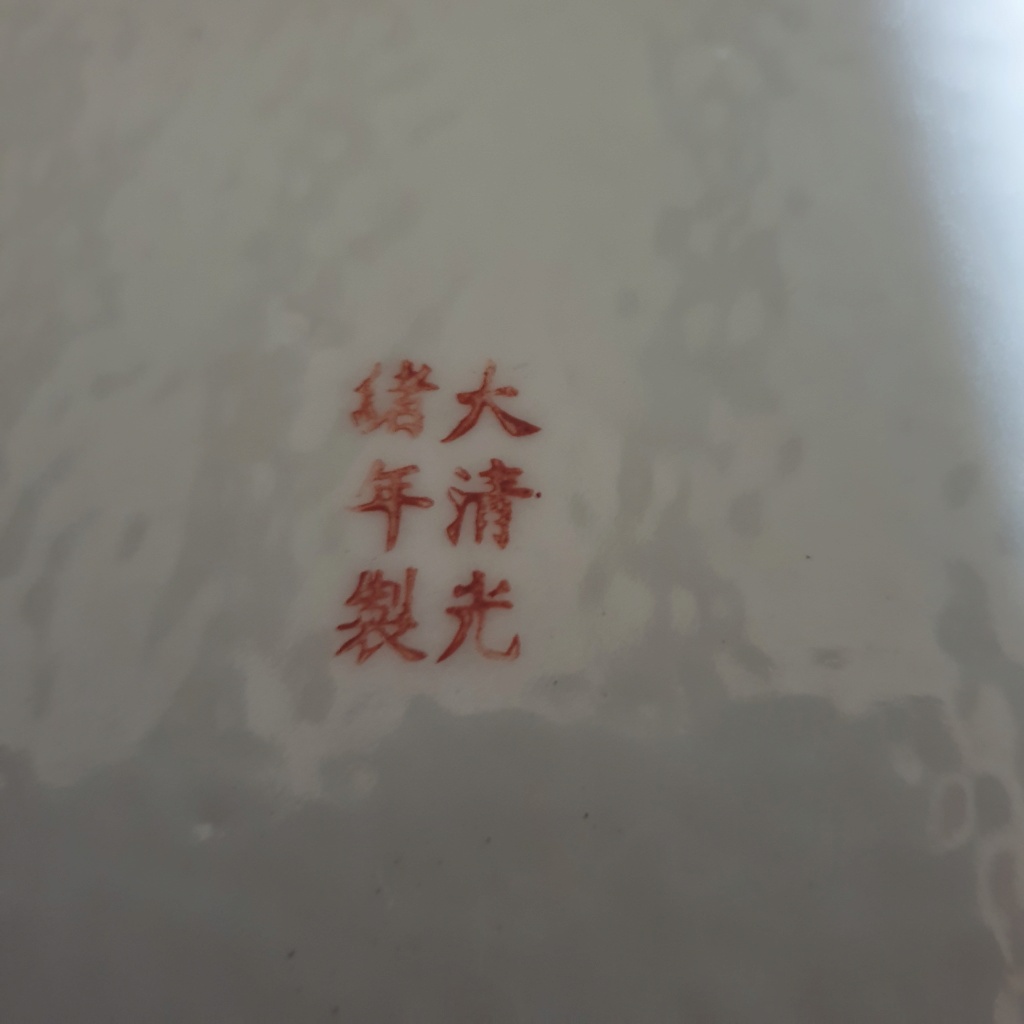 You may find the mark on the Gotheborg.com website of 20thC Chinese marks. The messy way they've coloured in the black areas etc points to it being a mid-20thC piece
_________________
Carrot cake is just fake cake

Thank you Naomi! I did find this listing which matches -

Also I don't know how to read for a maker in this - is that "Da Qing Guangxu Nian Zhi"?

Also that's why I thought early 20th, but don't know if they continued to use (fake?) this mark later...?

We might call the marks fake/reproduction but in China they called them a homage.
_________________
Now you should know by now that Potty and I need to see your bottom - we're funny that way!

studio-pots wrote:We might call the marks fake/reproduction but in China they called them a homage.

So true! I'm not really using it in the pejorative sense though, since I know either way it's not "proper" Famille Noire ;) Just want to know if it's turn of the century or mid century...both are "fakes" in the English language sense, but the early one is perhaps more interesting to me in terms of where its import sits in the history of the European market fashions for Chinese wares.

Either way, it's OK by me - I just hadn't seen anything like it before so into the shopping bag it went

One thing I have noticed is that these wares from what I've seen online usually have "CHINA" or MADE IN CHINA" as part of the label - so I don't know if this mark is just a slightly more rare one, or actually an earlier mark form the period it purports to be. I'd love to hear if anyone can shed more light on that.

Though if NaomiM has said she thinks it's mid century, then it probably is!!

Thank you Naomi :) Yes they almost match but not quite, a few subtle differences.

I do have a question for you just to confirm your thoughts - the mark is without the CHINA / MADE IN CHINA that usually seems to accompany all the other mid century listings that I can see. Is it common to have a mid century piece without the English text? I thought it signaled an earlier date but I really don't know...