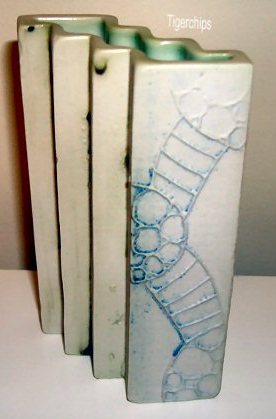 Small (11.5 cm) vase. Interesting faceted shape, with square base twisting into a diamond at the top. 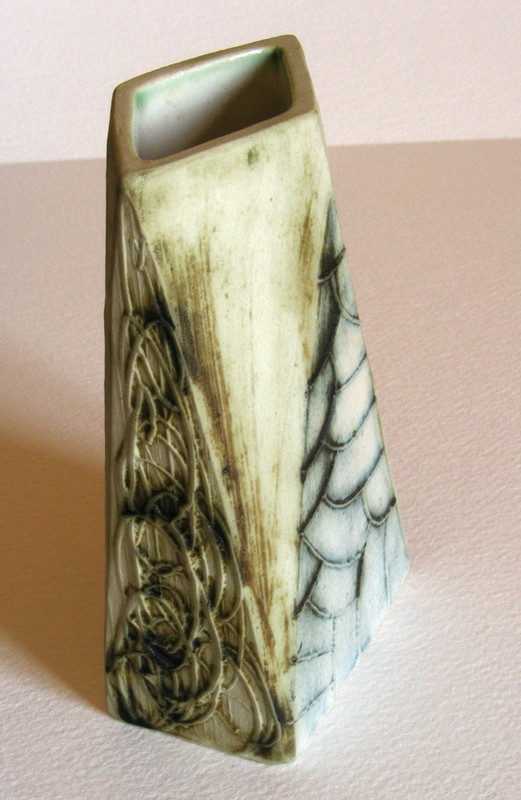 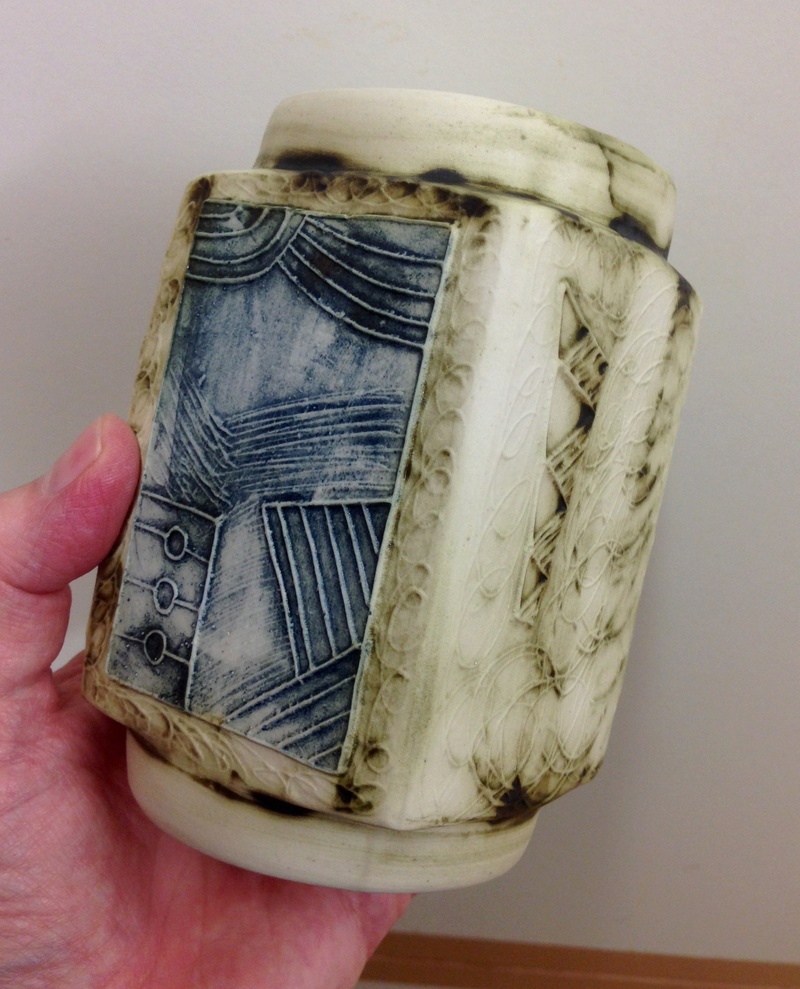 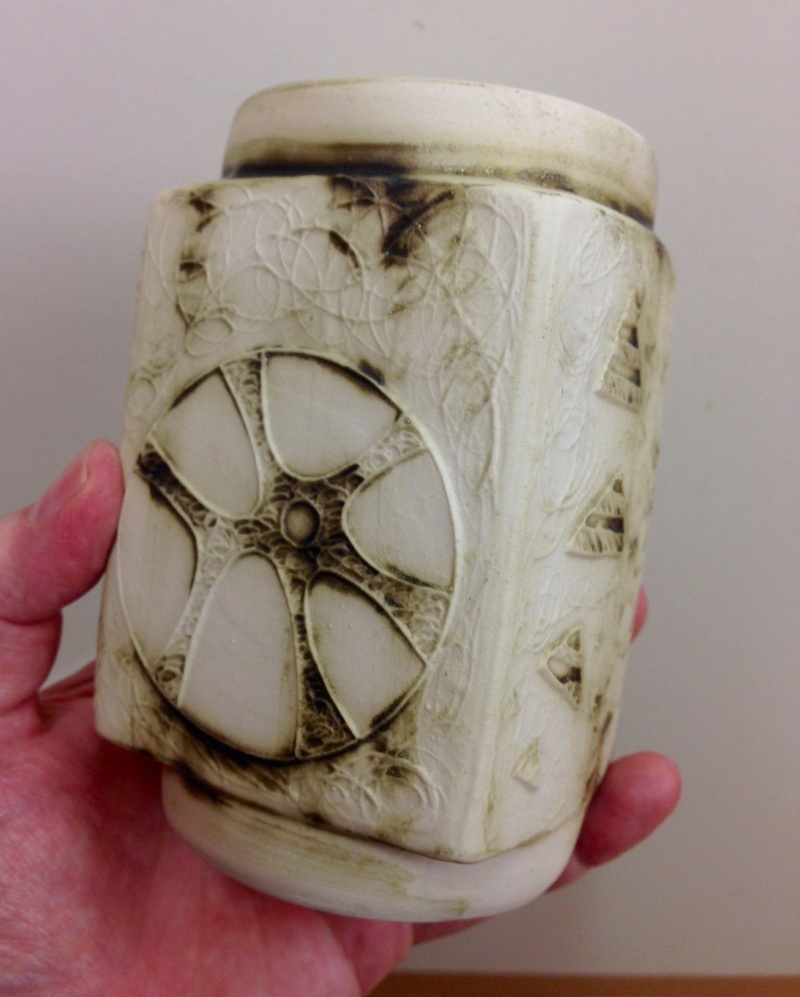 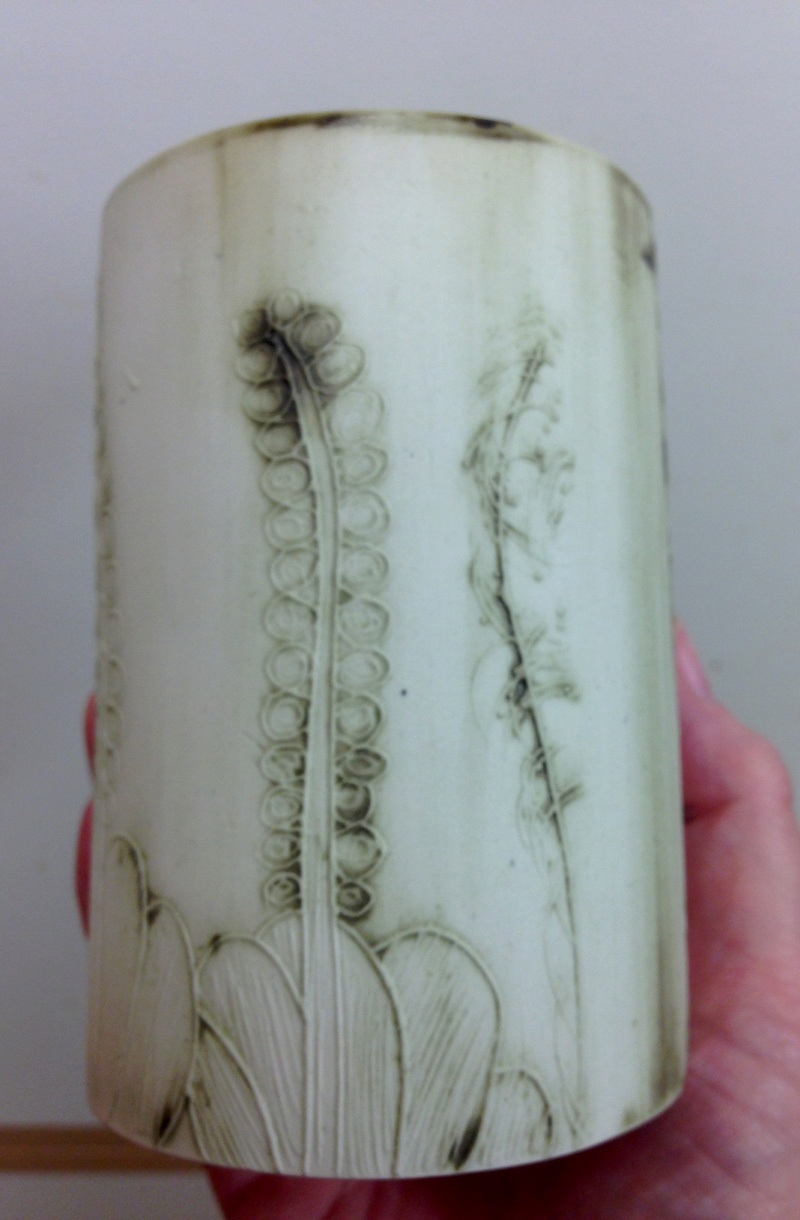 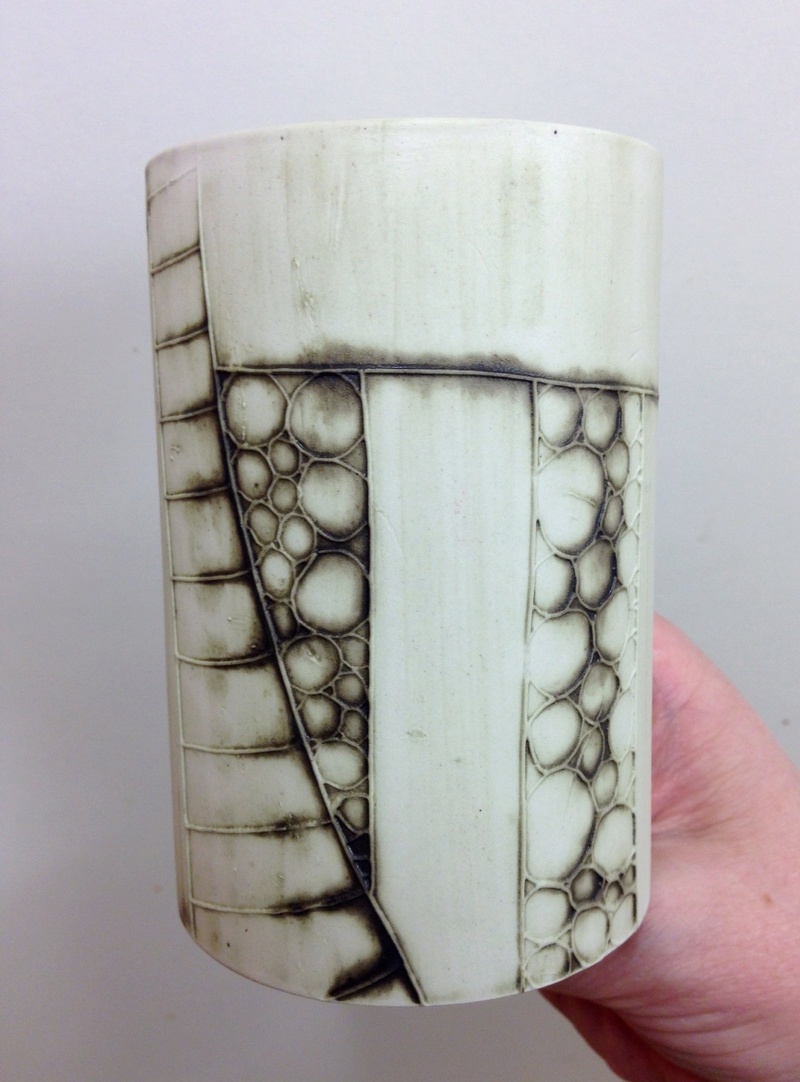 Old thread that I'm dragging up.

I've always liked the idea of collecting Carn, because its accessible, but for the life of me I've never understood what creates the disparity in prices. Eg, ebay is full of the stuff for well under £30 and yet some galleries and sites have stuff well into the £100s. I admit to knowing not much at all about John and his work, but what is it that determines price, is it rarity of certain pieces? How do you know which are rare? Seems like a bit of a minefield!

Rarity, usually. Plus size. The pieces with the red sun are particularly prized. The hammers are easily broken so they command a higher price. and then there's the added value of a signature, and the extra buyers if it's a cat. Plus shops usually add 50% to cover their retail costs, so ebay is better value if you're buying.
_________________
Carrot cake is just fake cake

Someone bought the molds when the factory went bust. Beware.

Yes how strange. If he's still going then by definition he can't have sold or lost the old moulds unless he sold them off or destroyed them? This seems to be the official site. Strange as he's selling old and new Carn. I'm assuming people want 'old'. At least you an be sure it's authentic!

I'm sure I remember a thread on this site where I agreed with Ed (x10 years ago?). I steer clear of moulded factory wares as anyone with the mould (JB or those who come after) can whack out another dozen of the rare items- hammers, plaques etc That is still my personal opinion.

.. I mean it's perfectly legal for JB to re-create Carn items even if the moulds have gone as long as he still owns the 'name'.

No, it's our friend Miles H from Andover.

Since I first started collecting studio pottery, there always seems to have been quite a lot of Carn pottery on the market. There are 168 poeces on Ebay at this precise moment. I have seen fairly substantial displays of it in some gift shops over the years. Has any body any idea how big the operation was? It surely could not have been John Beusmanns on his own?

There is a book on Carn pottery, which I don't have, which may have some
more information on this.

I can give a little insight, as a friend, probably during the early noughties,
was buying from the pottery at that time.
It was all rather peculiar, the pottery was not on the net, and had no shop.
Visitors were not welcome at the pottery I believe.

It was all done by mail order, you applied to be a reseller, though if there
was already one in your approximate area, you were refused, no ifs or buts.
You had to buy in wholesale trade quantities, and you would receive a
mixed box, containing a few dozen items each time. You had no idea what
you were going to get in the box, I think maybe you also had to do a certain
number of repeat orders to keep being supplied.
There was no catalogue, and orders for specific items, like eg. the popular
cats were refused. You just got what you were given.

A florist in a nearby town was an outlet some time ago, and I regularly used
to buy pieces, at reasonable retail prices, picking out the more saleable
items like the cats and fan-vases.

There was a gift shop in Newbury selling Carn about 10-15 years ago. It was all a bit odd because it was mixed in with Indian fabrics, crystals and other New Age stuff, and looked like wholesale surplus goods. I thought he'd gone out of business back then.
_________________
Carrot cake is just fake cake

Yes City that was my conclusion 10 years ago. I still say I thought someone had the moulds.

Perhaps someone who knows will read this discussion and comment and we will all be wiser. One point is that it does still sell on EB so if you see a plaque or a red piece or a cat on a stall for £2 it's worth a punt.

Yes, depite the name It's his site, "Endorsed by JB".

Interesting. The 'new' Carn website by Miles and Di certainly has a lot of stock. The link here is to a Spot vase on the site with a selling price of £420. It states that these were made by John Beusmans i 2016 and only 10 were made.
http://shop.carnpottery.co.uk/epages/es146265.sf/en_GB/?ObjectPath=/Shops/es146265/Products/%22Gold%20Spot%20Vase%22
On Ebay at the moment there are a number of pieces with sizeable prices from the same Andover source presumably. They are described as 'Rare' and some are dated as made in 2012, and some in the 2000's.
The standard Carn book was printed in 2005. So there would be no information there. I wonder how these newer 'Rare' pieces will affect the value of much older ones?

And that hints at why retailers could not order just cats or what they wanted as it would flood the market with rare or popular pieces.

Tbh it's "poor man's Troika". This happens when demand for a particular type of pottery is hard to come by, or out of people's price range (the rarer Troika pieces are in their £thousands) and something similar moves in to fill the void. I sell small pieces on ebay whenever I find them in the charity shops and most go for £6-20 depending on size. There's someone who buys regularly who has a warehouse full of them.
_________________
Carrot cake is just fake cake

Even 20+ years ago there was interest in this pottery, along with say Celtic.
Unique, but maybe derivative of Troika, which was also bouyant back then.
Collectors, even then, would pay a premium for early pieces (3-line mark),
especially any with shiny glaze, as opposed to oxide wash decoration.
I do remember trapezium vases with big red spots and little scent bottles.

I remember a casual dealer from Nottingham, who had moved to Cornwall,
managed to "get in" with JB, and he was remaking some of the early stuff
with the shiny glazes in limited quantities, and that was a long time ago.

Yes I agree Naomi.The average stuff has always got chicken feed prices. Which would of course imply that there is quite a lot of it around. Probably is, because it has been a regular in charity shops over the years. Mind you the standard basic Troika coffin and cube vases sell for about the same at auction as they did 25 years ago.
Its the rarer pieces that fetch the greater prices of course. But there does seems a query about those now. As an area of collecting, extreme caution seems advisable.