Based in Winchfield, near Odiham in Hampshire from the 1960s, Susan reached a wider audience via exhibitions and commissions. She was still potting well into her 80s, and did a lot to promote studio pottery and the work of craftspeople. Now in her late 90s she has retired from potting but is still as bright as a button.

A short bio and photos, kindly submitted by her daughter-in-law, Cathy Ferraby:

"Susan Ferraby (née Smith 1924- ), trained at Farnham Art College and worked in her own pottery from the 1960s until 2012 when she fully retired, although she continued potting until her late 80s. Her pieces are impressed with a horizontal intertwined double S, a cipher of her initials.

Her work was usually created in a light cream fine stoneware and decorated in rich glazes of olive, celadon with sgraffito, or confident brushwork designs in blue (abstract or floral).

Much of her work was domestic pottery but she also created numerous art pieces, particularly finely modelled large bowls, lamp bases, bottle vases and well-balanced larger handled vessels.  These were sold and exhibited at her pottery.  She also enthusiastically promoted the work of other potters through her work as Secretary of the Society of Designer-Craftsmen in the 1970s and 80s.

A large ceramic mural designed and painted by Susan can be found in Winchfield Station Hall in Hampshire." 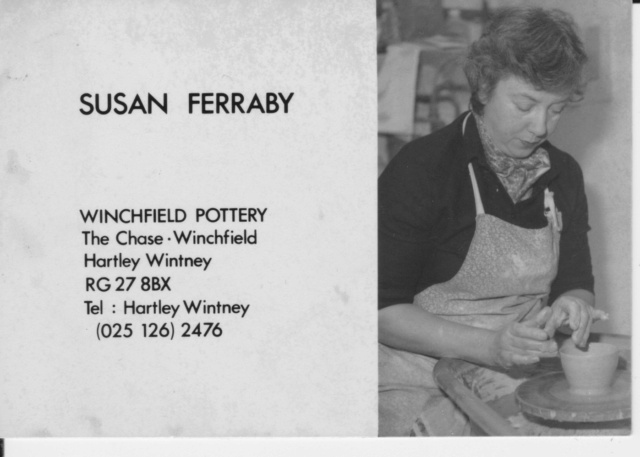 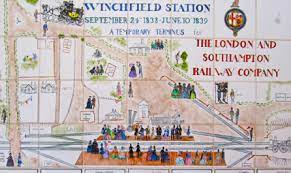 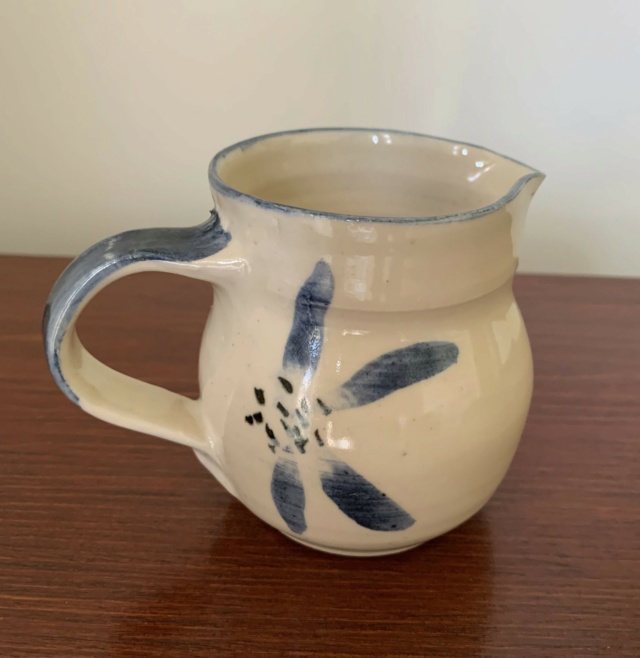 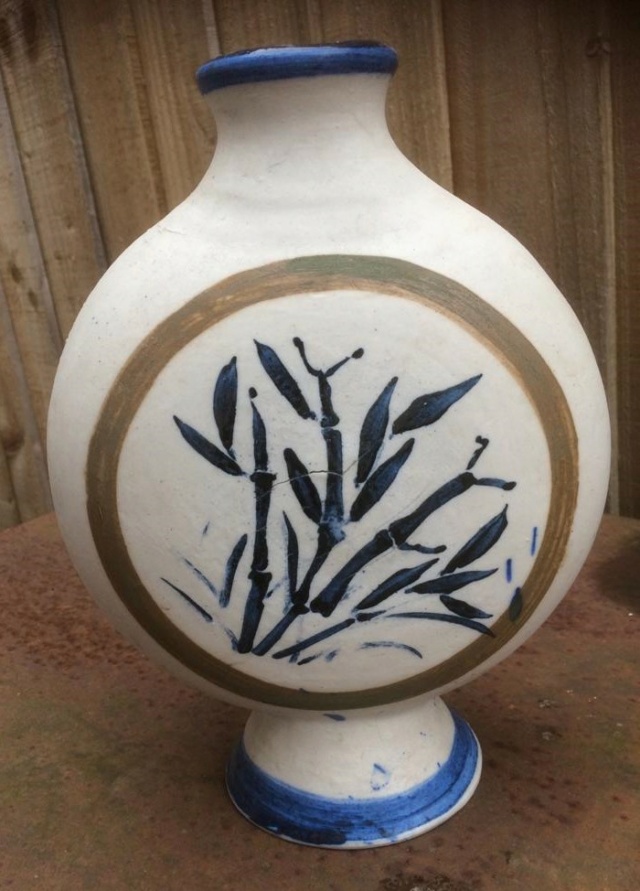 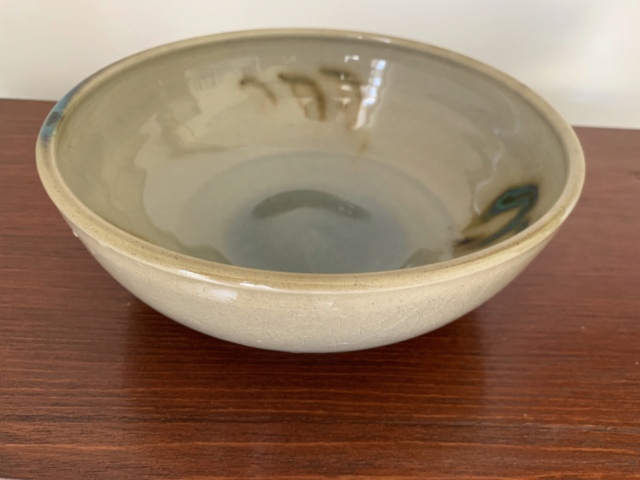 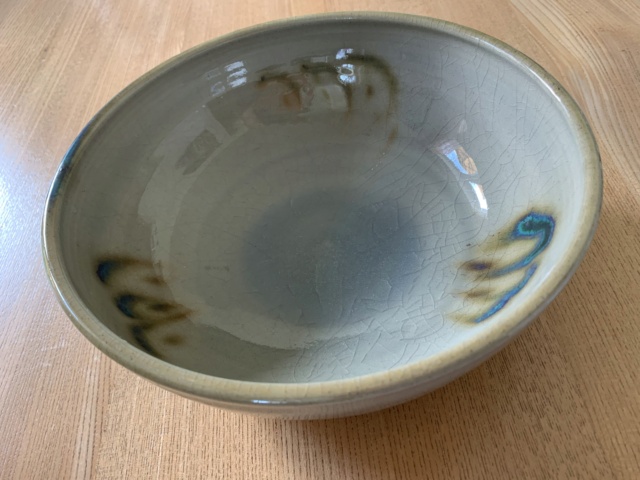 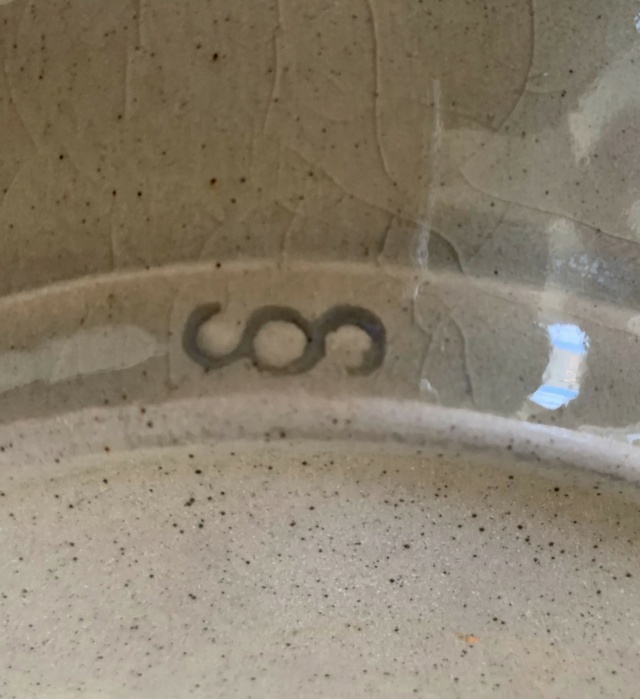 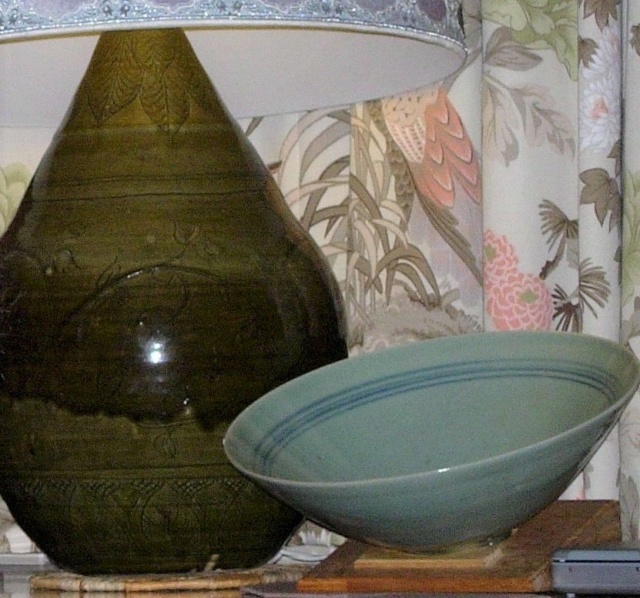 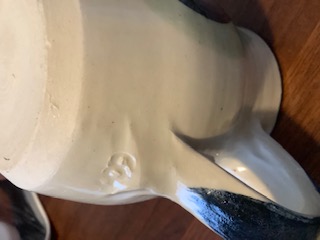 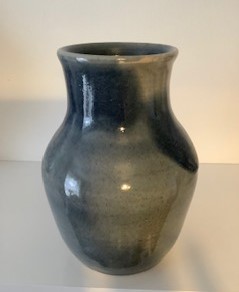 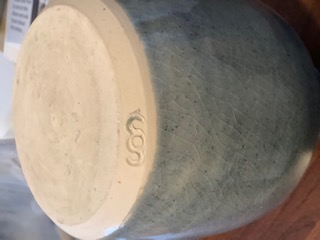 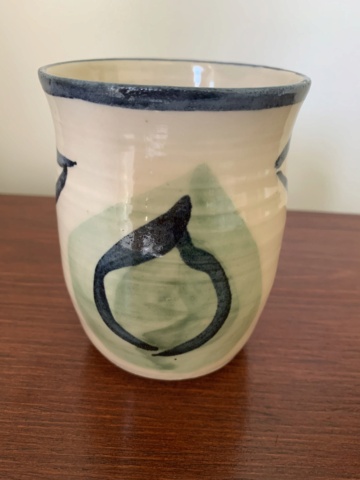 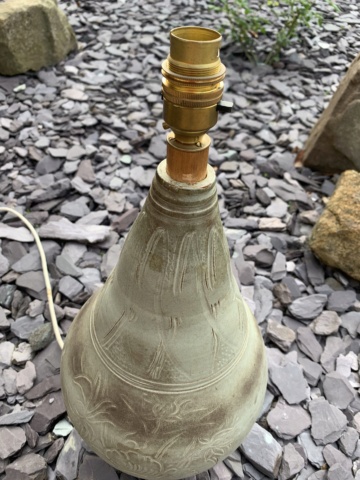 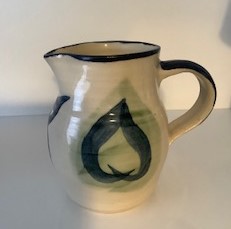