Hi my friends, it’s a nice thing and thinly crafted at the dome lip. The glaze reminds of a moorland so I am thinking maybe a studio in the countryside, not a city potter. It’s a good thing but I’d unmarked oh and any tips to stop my photos being sideways much appreciated! 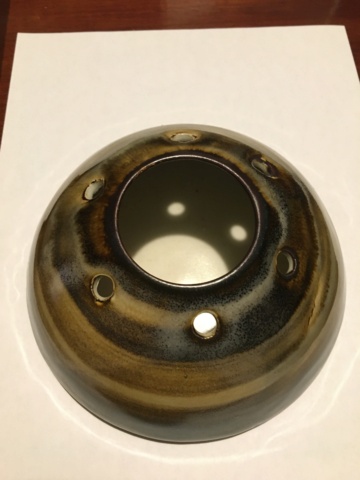 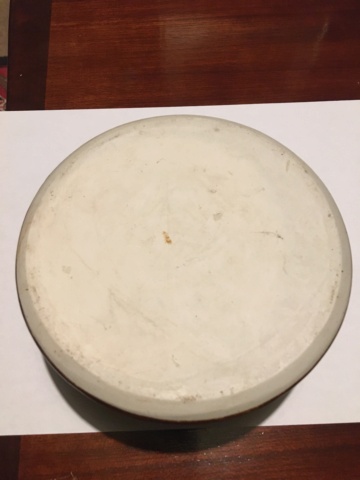 The top holes suggest a posy holder. Which would be more of a commercial object probably from the 1970's boom in studio pottery. They tended to go out of fashion a bit after that. The glaze does not really reflect any urban/country influence as it was just what was popular at the time. Being unmarked, and a fairly generic shape of its time, it is virtually impossible to give a maker.

Cool, thank you. It was a piece at the bottom of other pieces so no great lose. It actually better than the photos suggest so I will give to a charity shop to make a bit of money for them.