Trouble is, you will never really know. These lamp bases were produced in very large quantities in the early 60's at the Greenwich studios, for Heals and the CPA etc. Quote from the Wallwork website.
'
'Up to fourteen at one time made up my band of assistants. Half this number would be working on tile decoration or the range of simple stoneware vase or lamp base forms, the more skilled working directly with me on the large “totemic” forms I was then making, especially while Heal’s and the CPA were showing a voracious demand for them. The buyer at Heals, the prestigious furniture store in Tottenham Court Road, had given me an almost free hand to keep pots rolling in. These assistants ,under direct supervision, built up a group of forms, a few inches at a time, while I moved amongst them, altering the direction of the form as I judged was necessary. I was even able to use the differing finger marks of a particular assistant as a source of texturing, changing to another assistant’s to introduce another pattern element as the forms grew. It was exhilarating but it grew increasingly difficult to maintain freshness in what I was turning out in great quantities. “ Do repeats!” the Heals buyer advocated but I wasn’t keen on that solution.'
Louis Hudson was amongst those assistants. On top of this Bernard Rooke worked in the basement, and the Fourniers were on the first floor. There was obviously a lot of fluidity and quickness in the working environment. Presumably there was a lot of variety in quality.
And there's the rub! What do you think of the quality of this piece?

Now things would be different if everyone marked their pieces ...but that's another thread...

Another one with Rooke’s mark

In effect of course, Bernard Rooke was a cottage industry as well. His sons worked at Swilliland, and the Bernard Rooke mark in all its form has to be approached more like the a St Ives or Aldermaston generic mark. Cos they produced a great deal! 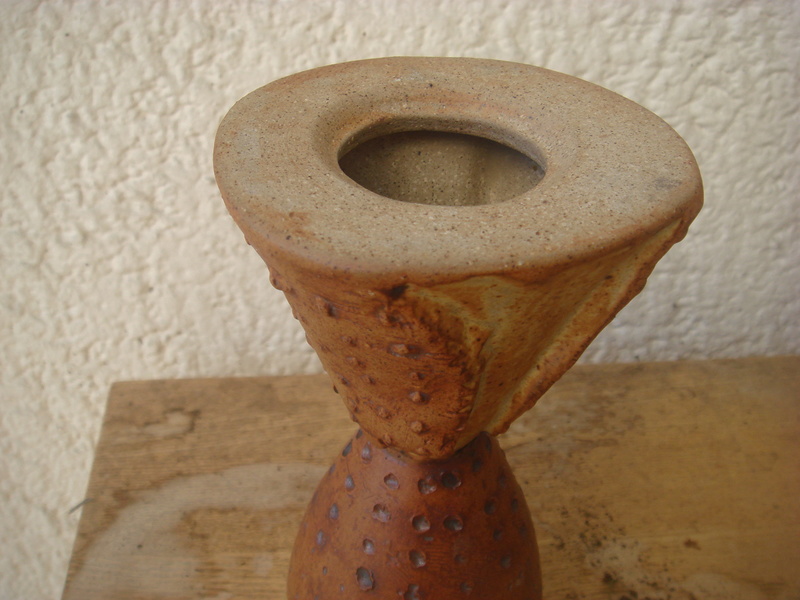 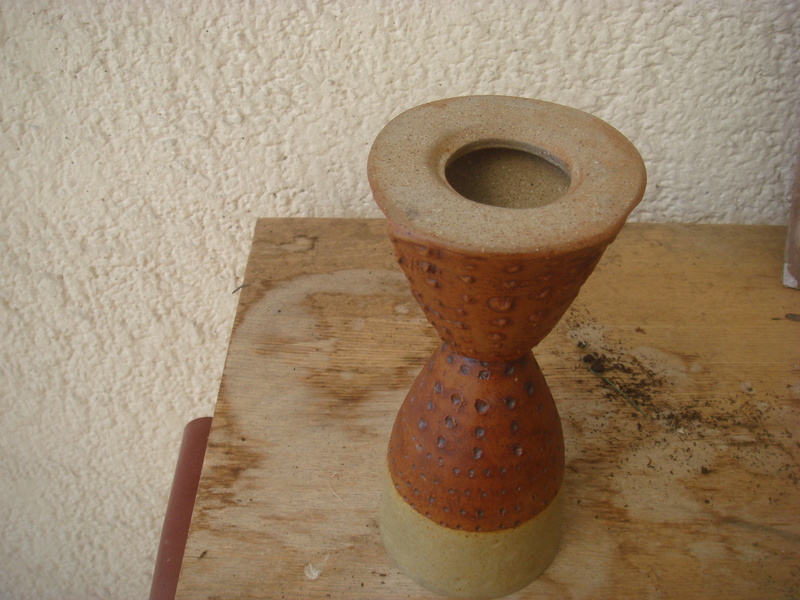 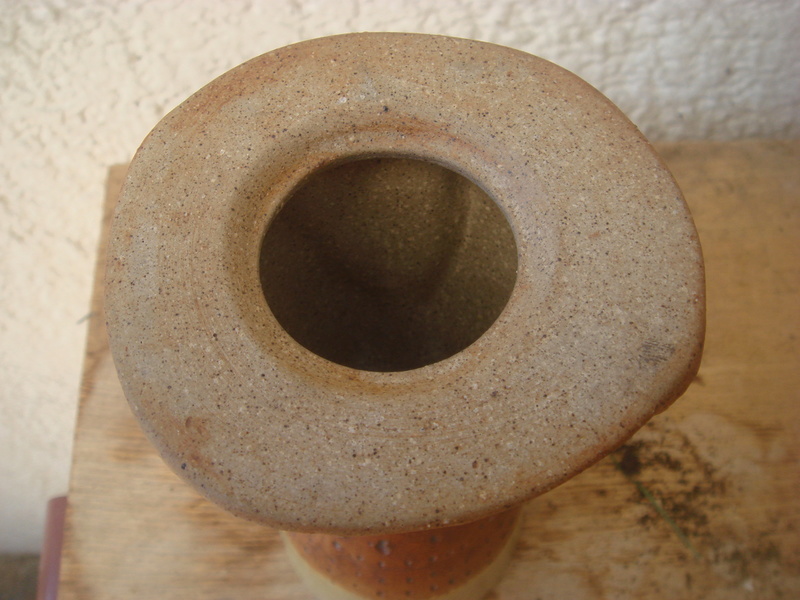 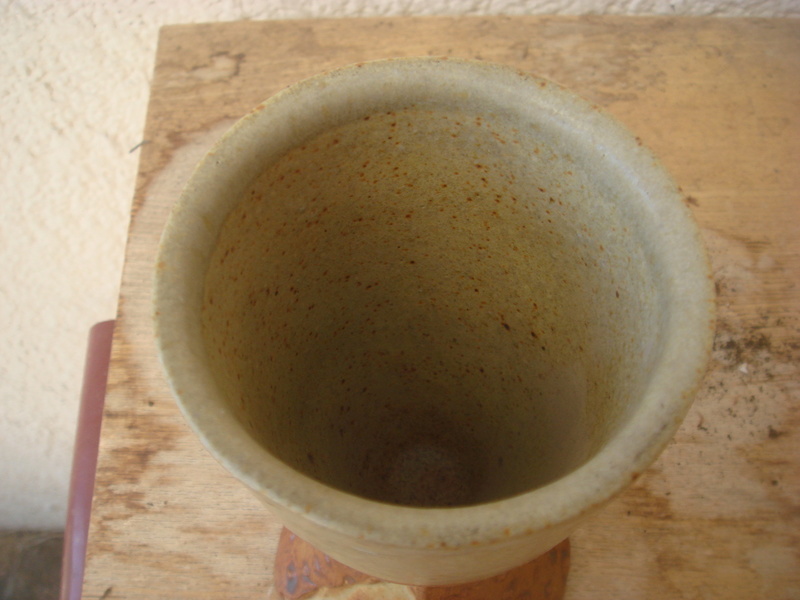 Has a hollow base but no signature ..all help as usual much appreciated

Should hav epost this pic as well 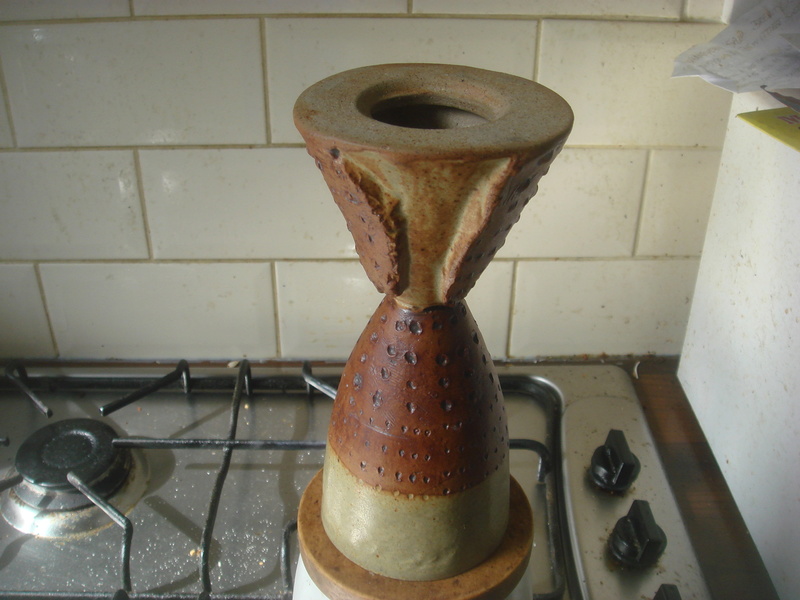 just looked on line and you are right..Thanks Potty

brin mcardle wrote:What an idiot i am....

just looked on line and you are right..Thanks Potty 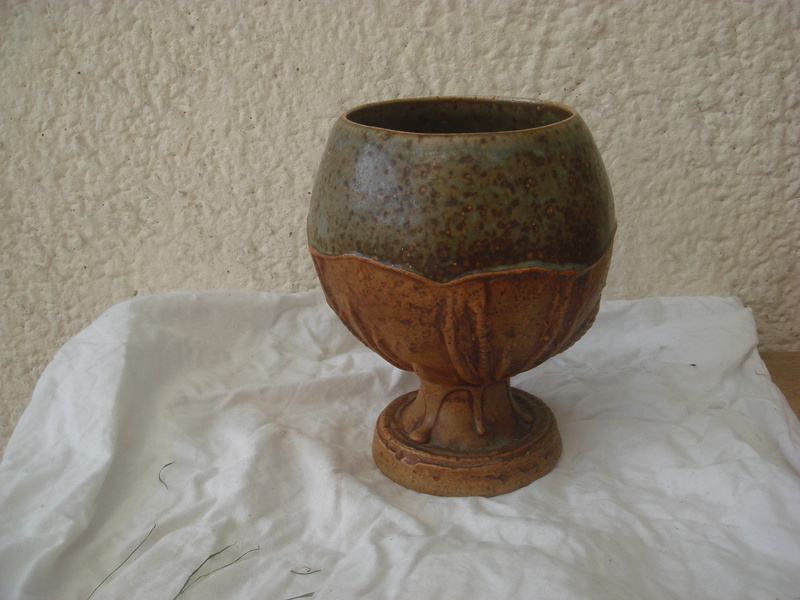 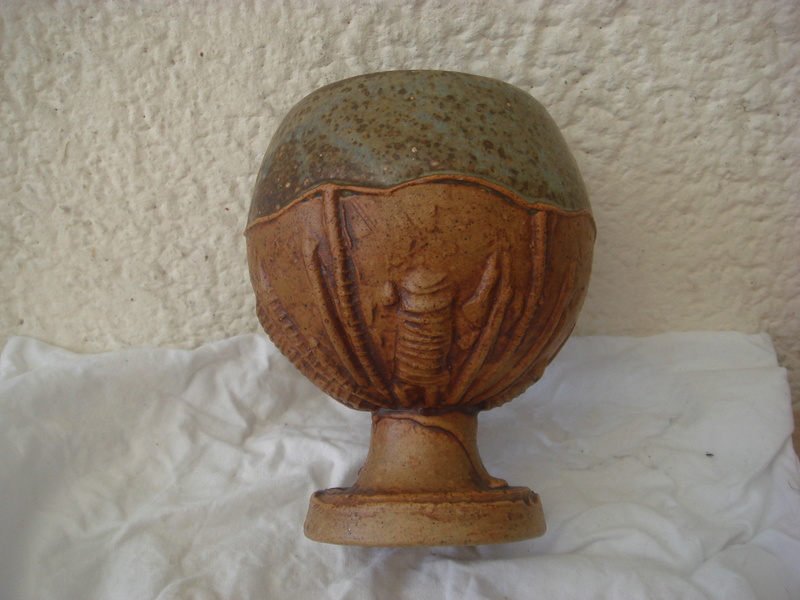 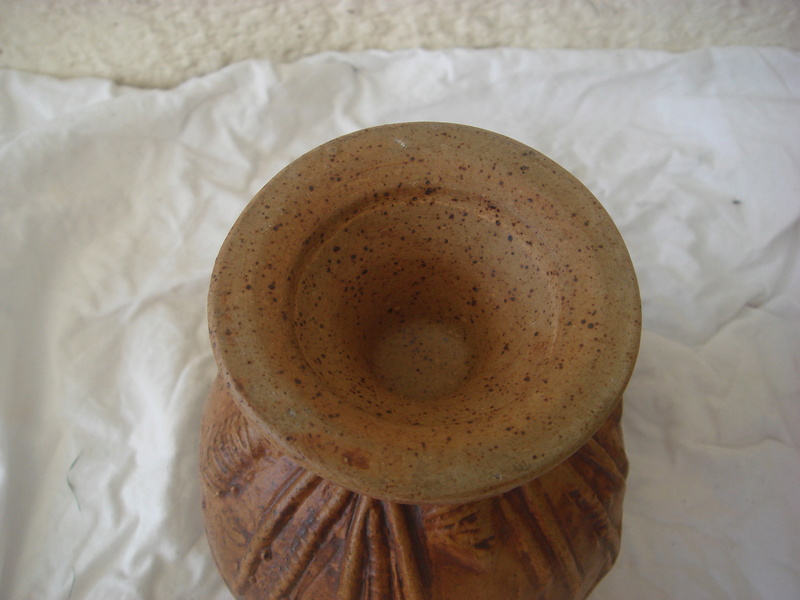 Two dishes - the square one impressed ROOKE, the other not. I guess they are both by him. 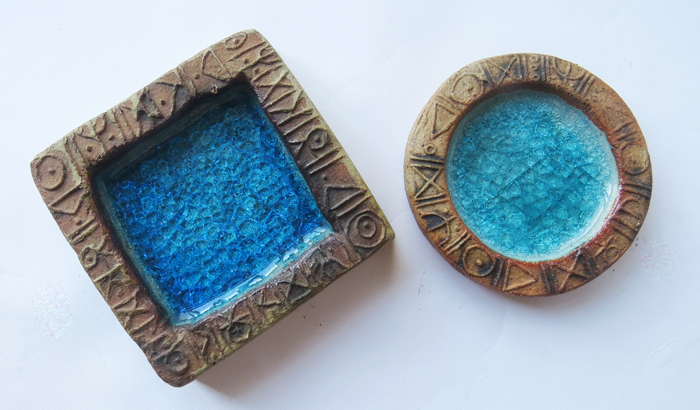 There was a fashion back in the 70's for using that bluey stuff in ashtrays. Robin Welch did some, and Eileen Lewenstein.

This lovely little critter is a Rooke, though I did not know that at the time I gave him away, only discovered this recently. I still get to enjoy it every day as my better half was the beneficiary. 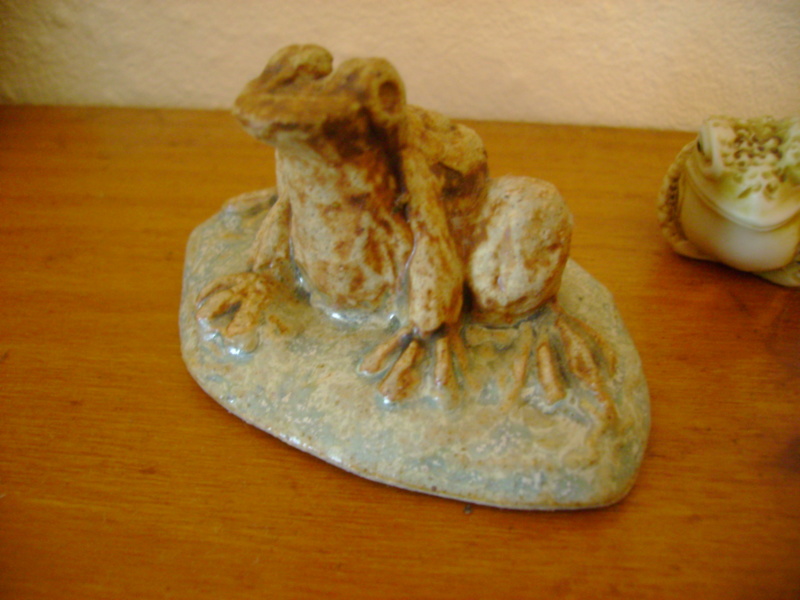 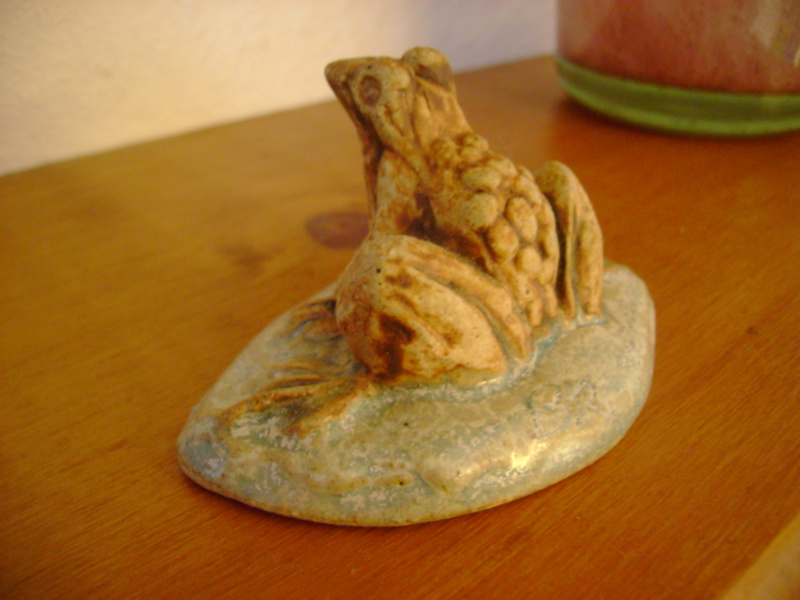