I have this porcelain bowl and I cannot identify the incised initials to the base. Seems to be very fine and skilled piece for an unknown potter. 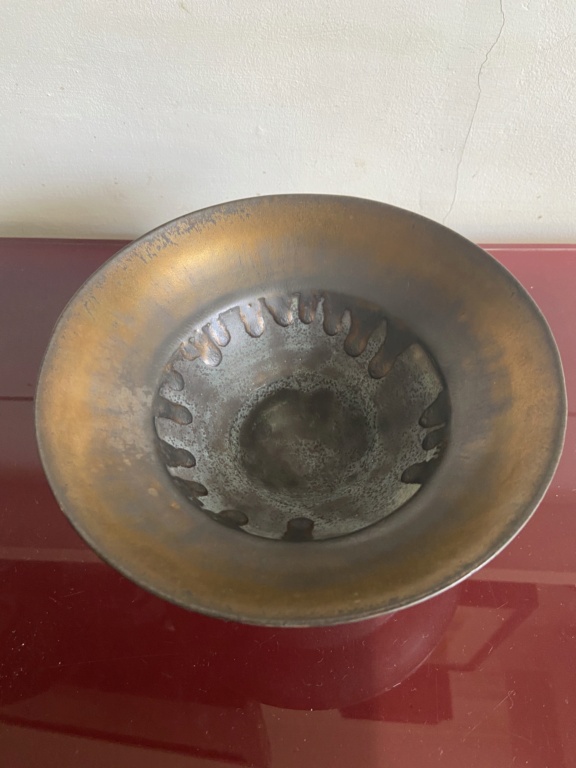 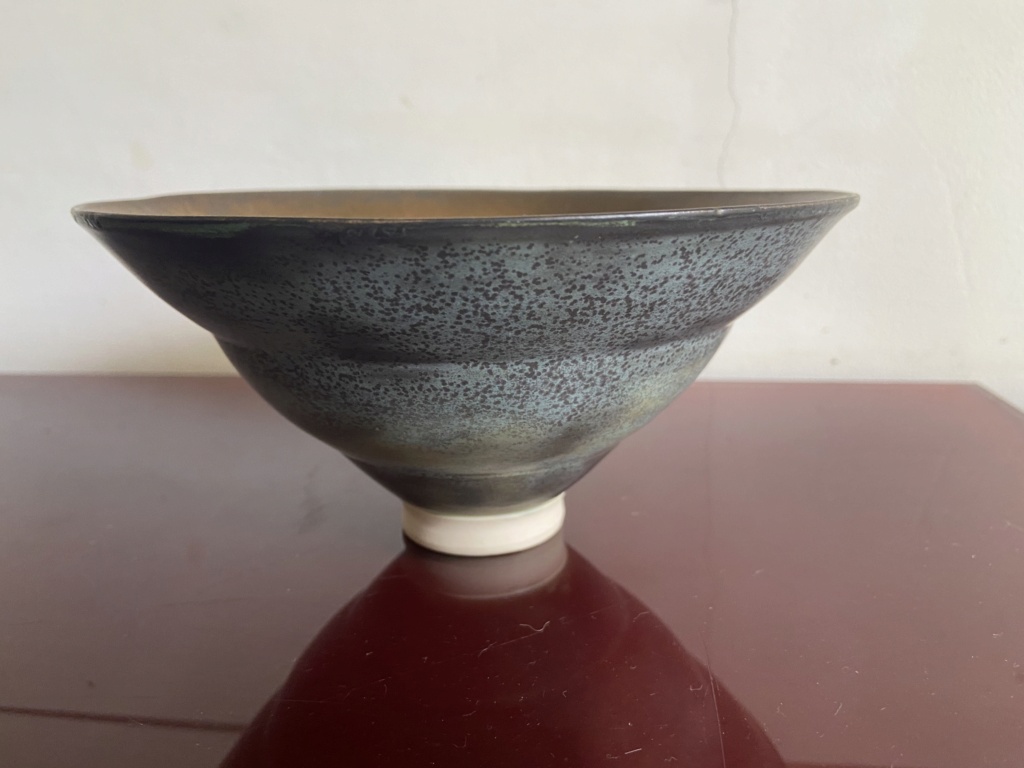 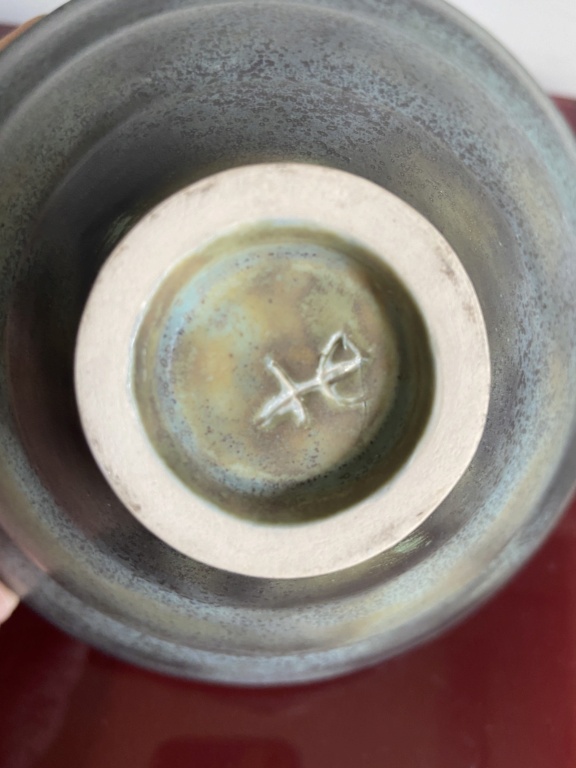 Lucie Rie was very ,very much admired and copied. Indeed, she was made a Dame. Because of that a lot of potters attempted to produce her work, with varying degrees of success. The signature does not seem to be that of a well known British potter that did work in her style. It might well be a potter from anywhere in the world.
One would probably say though that the interior glazing is not anything much like Lucie Rie did.

Seems to be an HE mark. Not one I've come across before. Nice bowl; a shame they've used a messy mark and they seem to have been a bit hesitant or inexperienced when incising it; it points to a hobby potter.
_________________
Carrot cake is just fake cake