Hello,
I am a pretty heavy collector of pottery and china and usually can find out the maker on my own but in this case after dozens of hours I am left stumped. It appears to be factory made  but has such a unique finish in color. The colors look like Rockingham but the finish is unlike any Rockingham I have ever seen. Any help would be greatly appreciated. 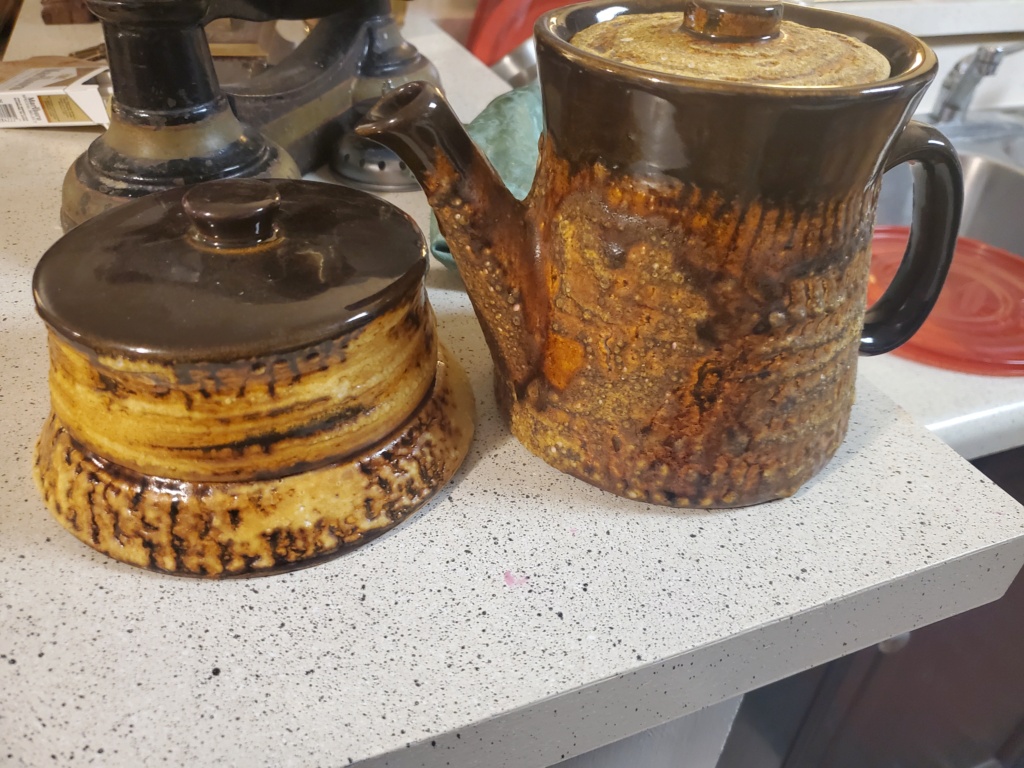 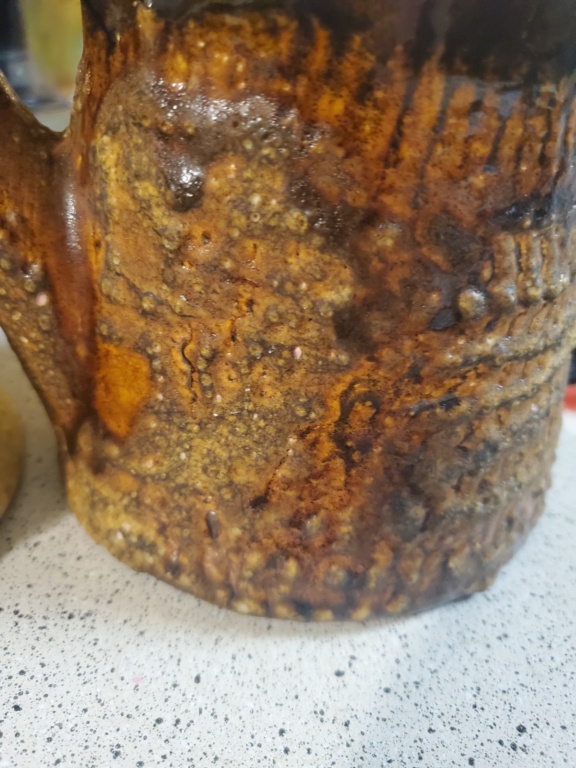 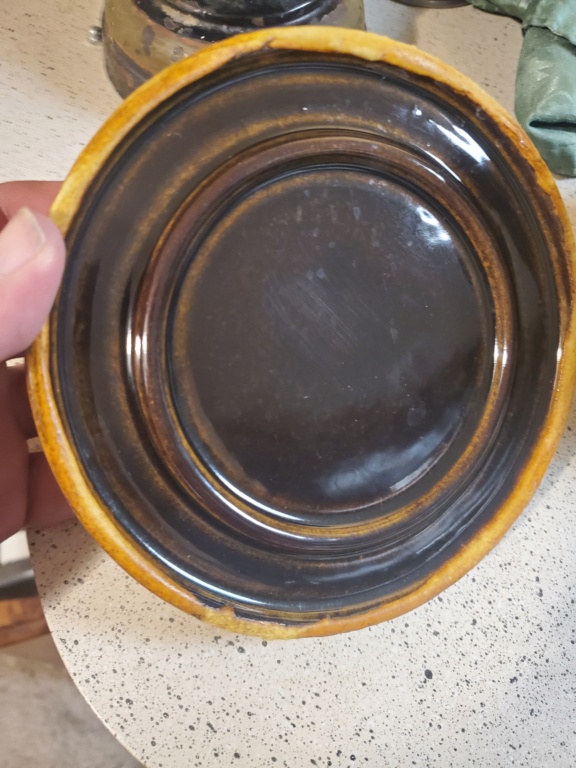 Is the last photo a base photo? Looks very similar to bases on Rockingham Pottery. Possibly insufficient or crawling of the glaze has led to incomplete coverage of the coffee pot. They may have been aiming for a tree bark surface. But the shape looks early to mid 20th Century rather than late 19thC
_________________
Carrot cake is just fake cake