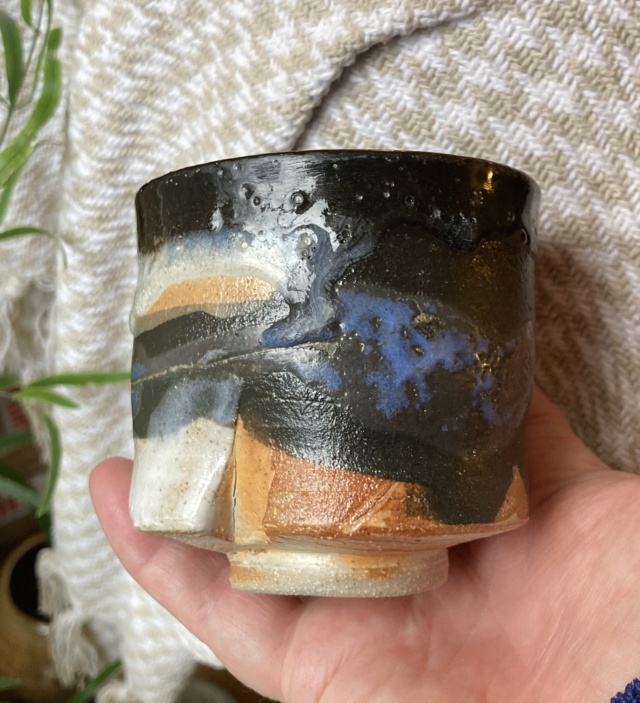 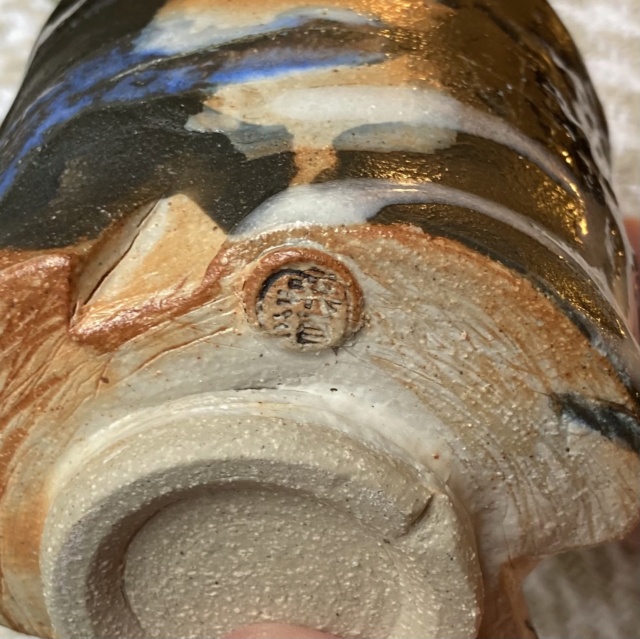 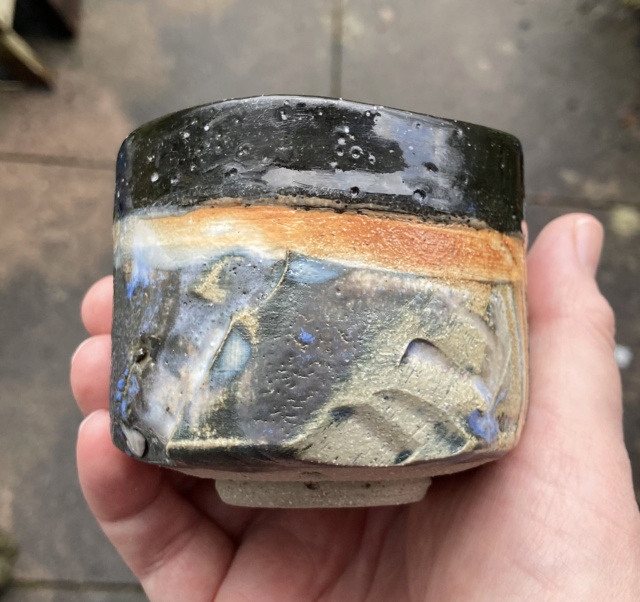 She and her husband Geoff run Potfest

Then I was aware of her and had seen her work before but nothing has appealed as your teabowl does.

I had imagined that she was a newcomer when I originally saw your images and not someone that had been potting since the early 1970s.

It's interesting that she graduated from Manchester College of Art with an Honours degree in Fine Art (painting / printmaking) but then took up ceramics three years later and stuck with that ever since.
_________________
Now you should know by now that Potty and I need to see your bottom - we're funny that way!

She lists new pieces on her website every month, although I think some were made a few years ago.
And she and her husband have also done these dinosaur eggs in the past
https://pin.it/59igHYT


This is one of her early forms 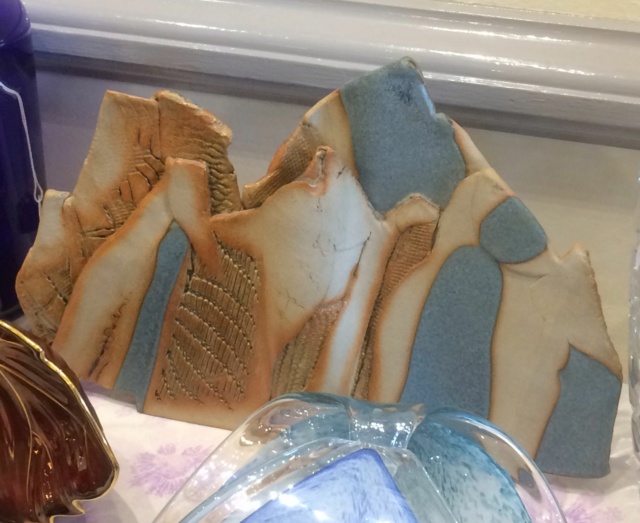