Trying this one again, the sun came out and I managed to capture some better images.
Incised mark to base. Any help welcomed, thank you. 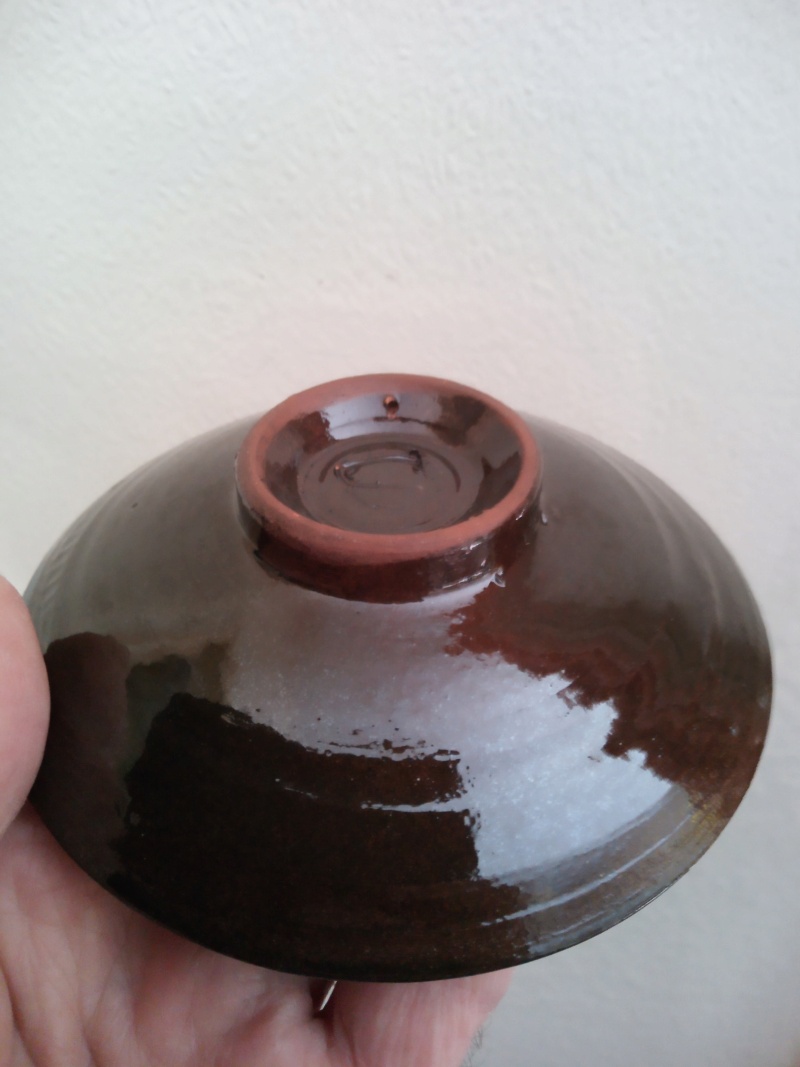 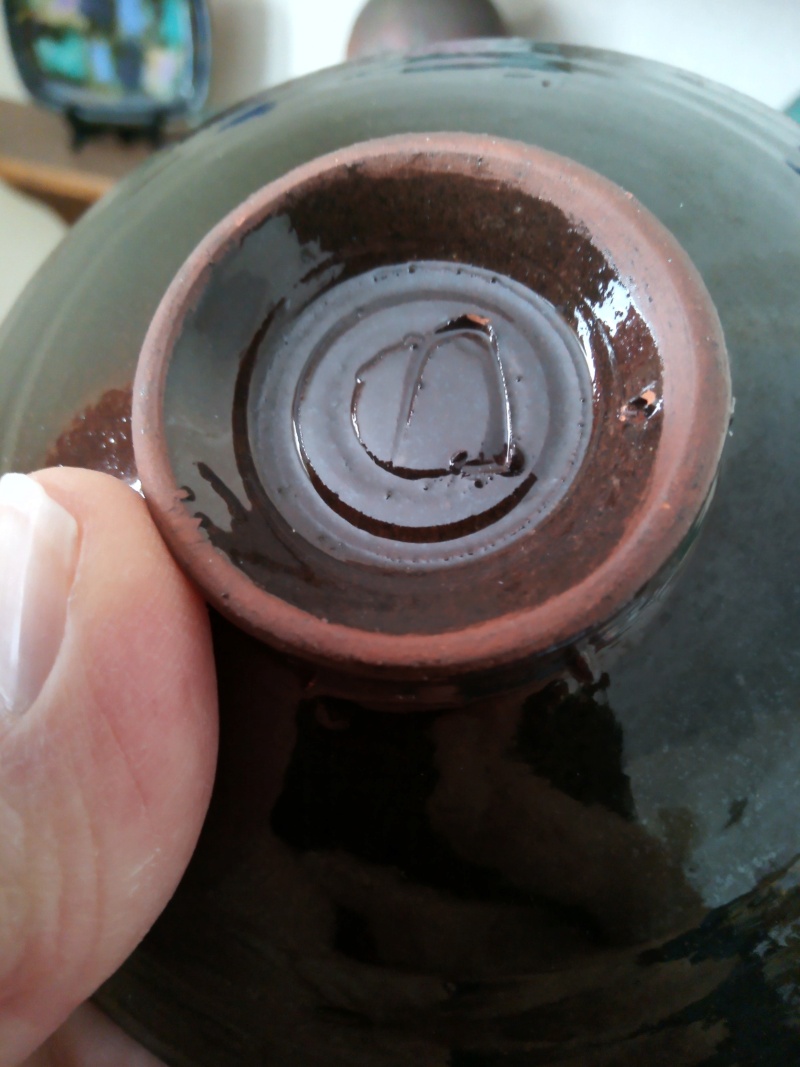 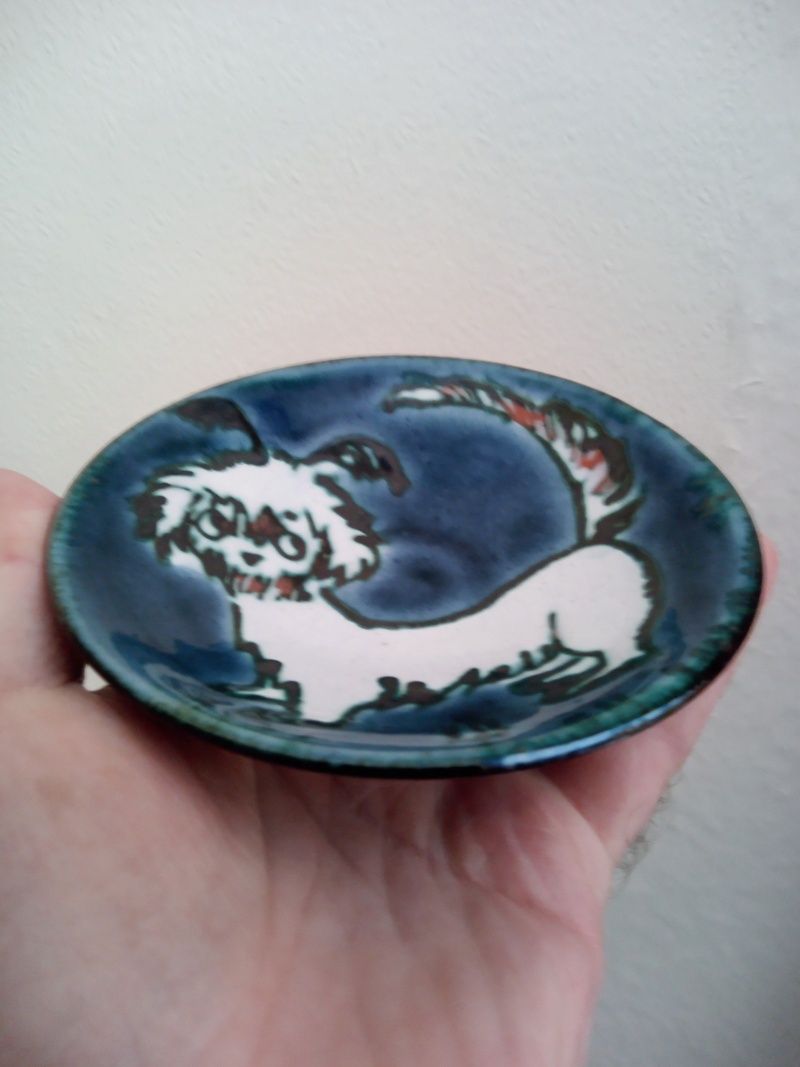 Its the decoration that is the main feature, and the pretty dog. Now that is probably not something you would see by a Professional studio potter. For a start, it would not get very much money.
Reading the Chelsea thread. Over their long history, they often gave lessons to amateurs and sometimes used Chelsea blanks. So, maybe it could be a very talented amateur?
If you knock out chelsea, then its till the decoration.  Guernsey pottery might be a possibility. Their work was often as good as Chelsea's and they used earthenware. Also it was very much a tourist pottery.
Staying with the decoration, Jo Lester Isle of Wight did a very great deal of high quality decoration  on tourist pieces. Moreover  he had numerous people  who worked with him, and established their own potteries aimed  a similar tourist market. Includes his daughter , Bembridge pottery, West of England Pottery and several others.
But whatever it is, I do not really think it is a high value item.

Thanks for your reply Phil, and the depth of it, I am grateful. All useful information. Happy new year to you