This little pot is marked 'Foreign' (with a reversed 'N' - mould made in haste, perhaps?) rather than W. Germany, which I think dates it to within a few years post WWII, a time when anything identified as German (or Japanese) would not have found a ready market in the UK.
The shape/size is 524-8. Nice graduated blue glaze with a light lustre (not obvious in the photos). The pot looks like it should be bigger than what it actually is, if that makes sense to anybody other than me.
Anybody know the maker? I'm thinking Carstens, but only because I think I've seen a Carstens piece with a similar type of graduated glaze before. 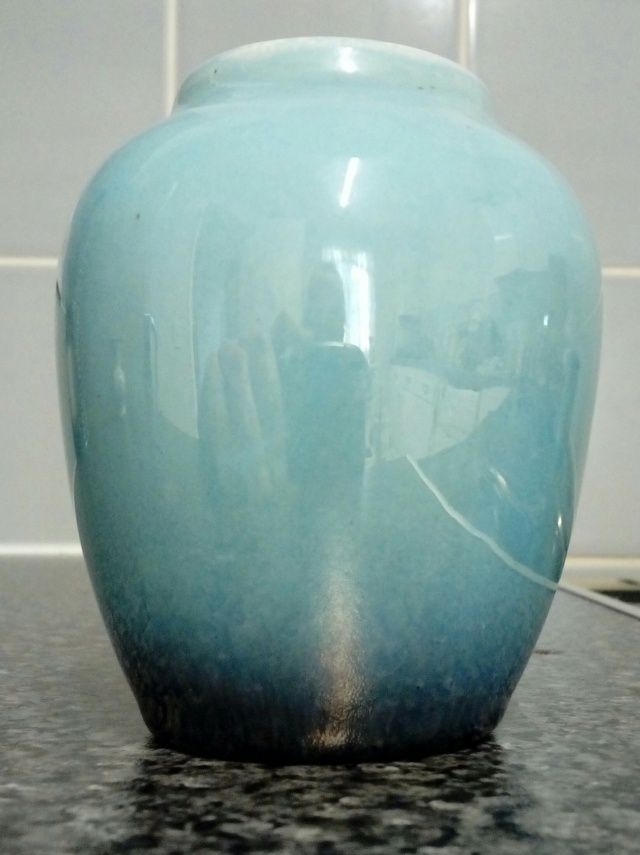 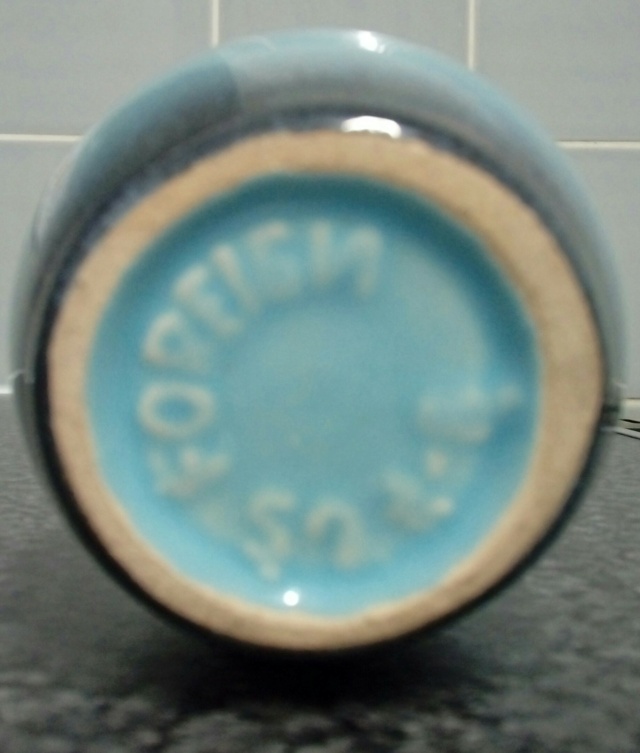