I have a pair of duck planters like this and I am trying to find out what pottery mark this is???? 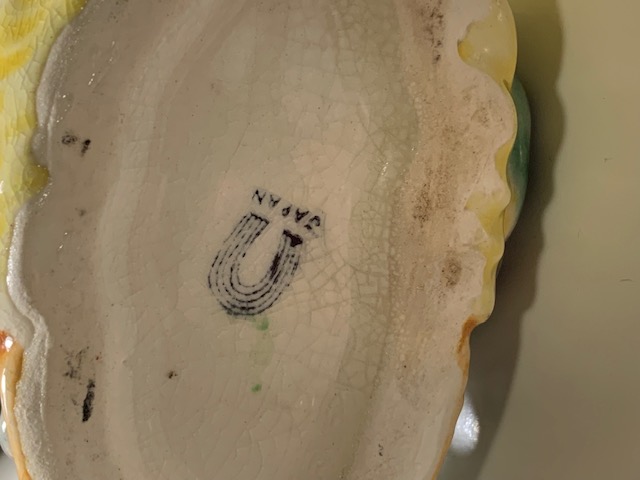 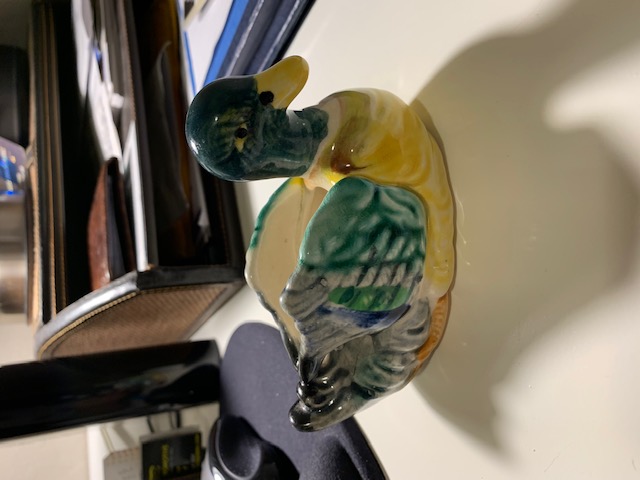 Thank you NaomiM !!!! I didn't see the mark on this page but it is a nice reference page to bookmark...

Very much a long shot but I’m wondering if Japan is a design name rather than the country of origin.
I deleted your other post because the other groups are just for identified pottery and visitors to them will have searched for a specific item.
_________________
Carrot cake is just fake cake

There is a Japanese company called Ota Giri that makes this majolica-style of pottery. I've no idea if this is their's but it's very similar to pieces I've seen.

Otagiri normally used as label as I believe they turned to commissioning pieces for retail sales rather than making them.
_________________
Carrot cake is just fake cake

There's a piece on etsy with an identical mark. It's modelled as a seated Mexican man having his siesta and has a bowl joined to his side. I found it using the search "horseshoe pottery mark japan". It's described as being from the1940s but there are no clues to a maker. The listing is from the USA, and as Scotty is also in America the stamp could be an American retailer's logo with 'Japan' as the country of origin, perhaps.

I don't think it is Otagiri or OMC. I have bought a few of those pieces before and they are either clearly stamped or had a OMC sticker on them. All the Otagiri pieces I have seen have not had this horse shoe mark on them. I did find this piece (actually its a pair) in the Phoenix Scottsdale area of Arizona. I saw a couple of pieces on ebay and etsy with the same mark but those post didn't have a name for the manufacturer either. The search continues....