Please excuse my ignorance in describing this set. A studio s&p shaker set coarse earthenware? with green glaze on top, black brushwork on sides (of beetles or leaves?). They have feet and tails? Impressed "TT" on ovals on each piece. Any help in identifying the maker/style would be greatly appreciated. Thanks 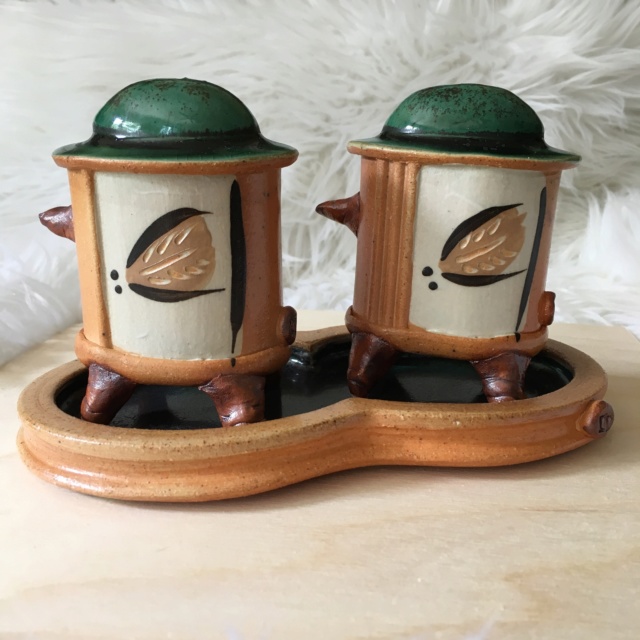 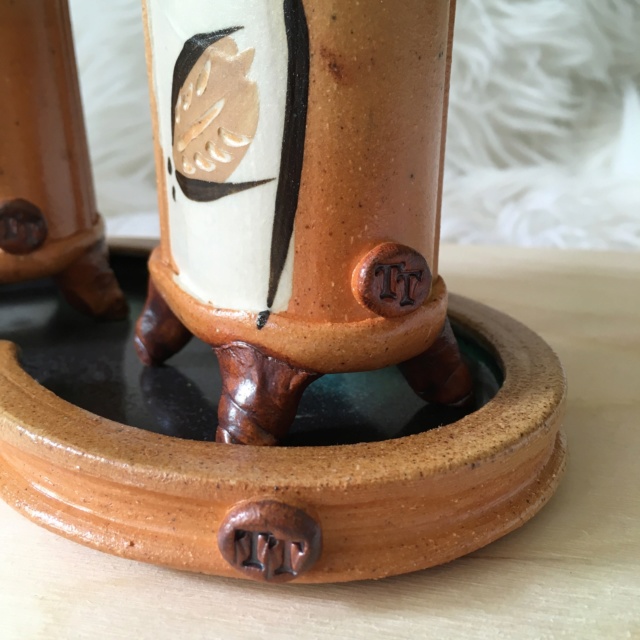 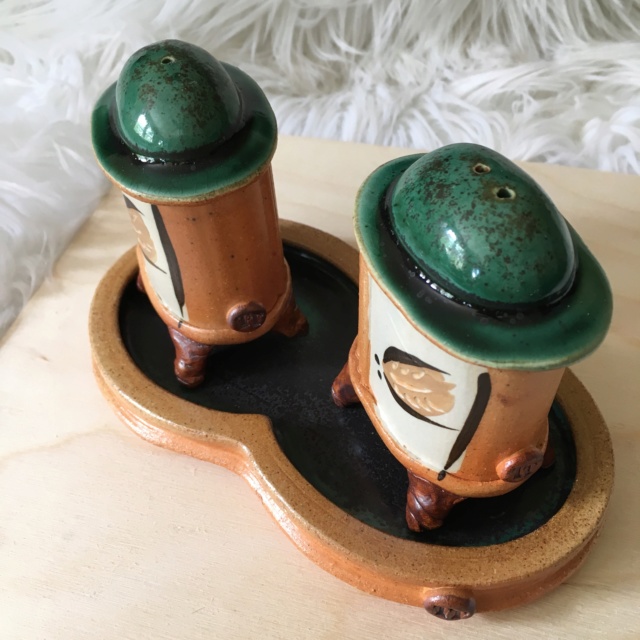 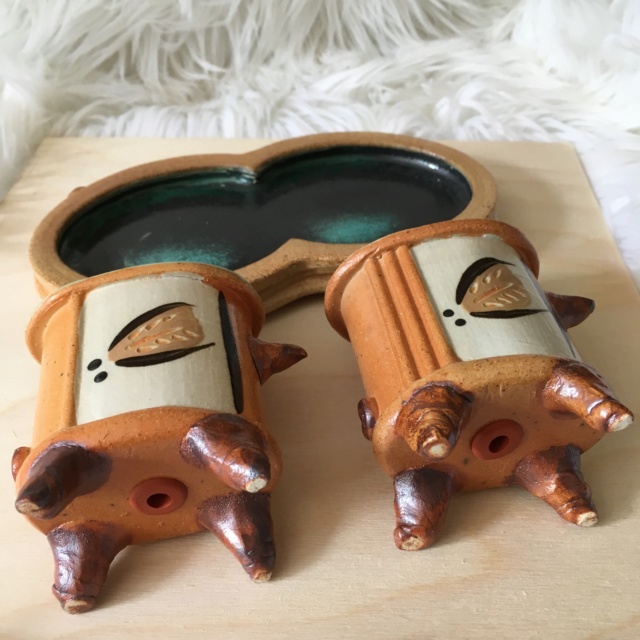 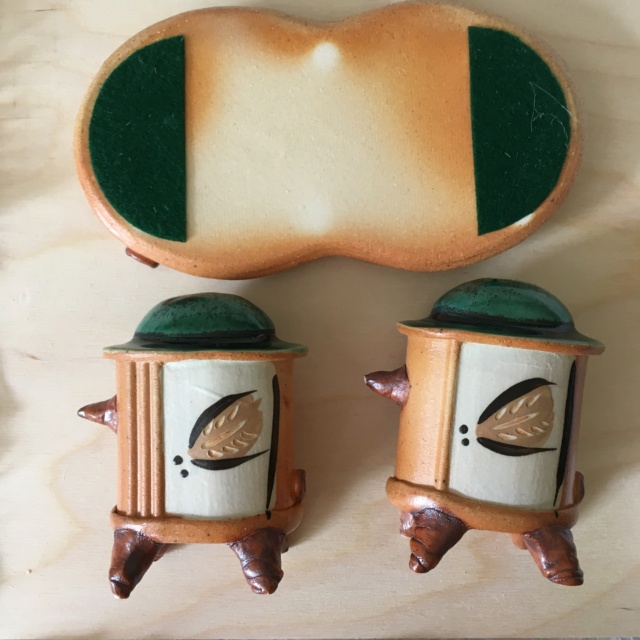 It is an odd mixture of styles and because it is almost certainly made in the States it is difficult for me to date.

These are my thoughts:-

It does appear to be studio pottery made of fine stoneware and so the TT is likely to be the initials of the potter (or pottery). However, the glazes/painted decoration looks a little contrived for a studio potter.

It is an odd mixture of styles with many aspects being Japanese in origin.

If it was British it has a mid 20th century look and so that might be the case. However, it looks "fresh" i.e. new but that could be explained by it being stored in a box or the like for years.

Virginia is a well known pottery producing area and so there is a good chance that it was made in or near the state where you live. Unless you found it elsewhere and then the same logic for that area would apply.

Thank you so much for your thoughtful response. You have given me several threads to pull on. I found a similar mark on one of Naomi’s Pinterest boards, but it is also a mystery mark. Do the glazed and painted decoration look mass produced? I agree it seems an odd combination of styles. Thanks again for your help!

Made by Kevin Tunstall & Enid Tangeman, TT Pottery, Dayton, Ohio. They may have retired by now. The pieces were extruded and then modified, rather than thrown or molded. Kevin was a handbuilder and Enid a thrower.
There’s a piece in here about their methods

I was wrong. Should never back against Naomi!!!

Naomi, Thank you so much!!!