I don't know if husband and wife, Joan and Brian Marris, are still active potters (or indeed 'active' at all), but a complete lack of internet presence suggests not. From what I've seen of their work it seems that they were producing pots in the 1980s and maybe into the 1990s.

Ravenshead is a village four miles from Mansfield, standing opposite Lord Byron's ancestral home, Newstead Abbey, on the A60 (Nottingham Road). In fact, the junction for Ravenshead is directly opposite Newstead's gatehouse.

A 5" Marris pot decorated with stripes in shades of brown and blue, and over-glazed in what seems to be a streaky blue lustre. Whether the blue was intended to be so streaky, or was caused by firing at the wrong temperature, I couldn't say. 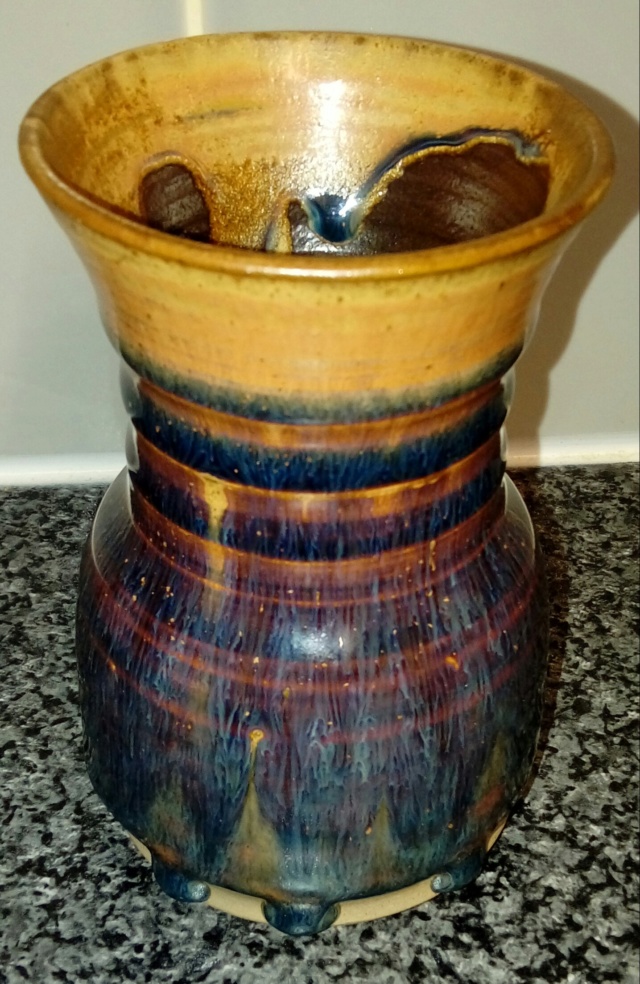 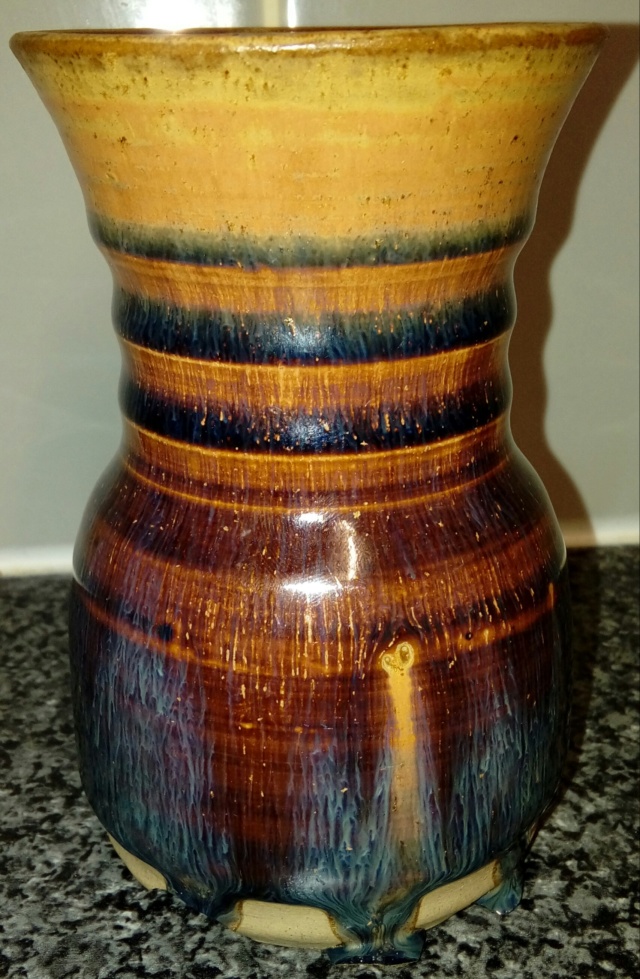 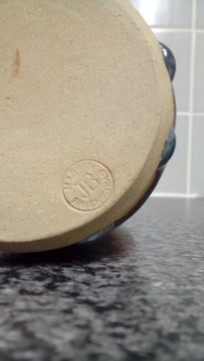 I meant to put this in Studio Pottery. Would one of the admin kindly move it, please? Thanks.

The YATES/OWEN marks book has Brian and Joan Marris at an address of Ravenshead Pottery ,23 Milton drive, Ravenshead, Nottingham, with active dates 1977-98.

If they have it as Ravenhead and not Ravenshead, they're spelling it wrong.

You are right! My typing...