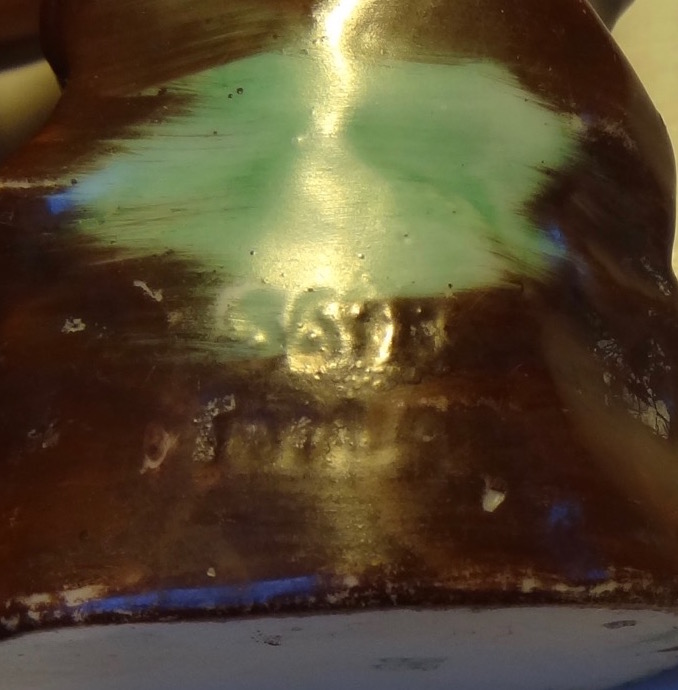 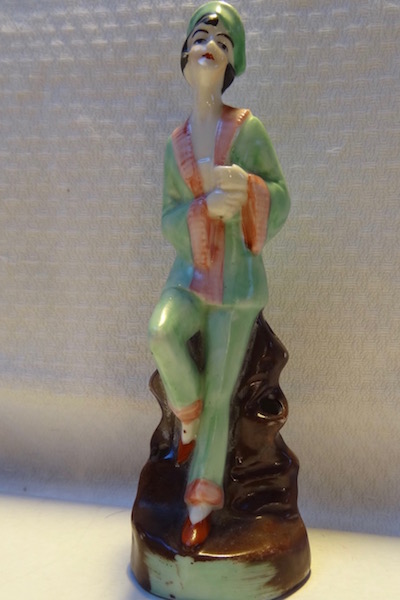 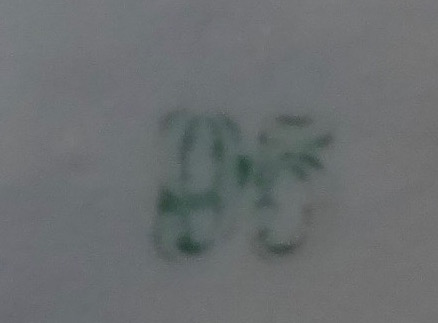 Hi, Haven't done this in a while so I hope the photos are ok.  I got this little figurine in a job lot, and haven't been able to identify the maker.  I think it's German but the number on the base, 95(?), looks a bit French to me.  The figurine is about 15cm high, and has a number of holes in the sides which I think are for spills.  Her left hand also makes a little opening, perhaps for a spill but wouldn't hold anything much larger than a needle!  The maker's marks impressed on the back are illegible but someone who recognises the maker might be able to identify them.  Date 1920's - 1930's?
Thanks.
Valerie

Could she be a hat-pin holder?

Many thanks Grumpy Grandad, I think you've got it in one!  I've done a quick search for "figurine hatpin holder" and a number of very similar figurines appeared.  Several have a little paper umbrella inserted in the hand, of the kind used for cocktails.  One is described as "possibly German", and one listing says that these were given away at fairs, but were now rather scarce.  All are described as circa 1930.  The ones for sale are surprisingly expensive, but mine has a chip. so I'm not regarding mine as quite so desirable.  None of the ones I've viewed has the impressed mark, so maybe they were made by a number of manufacturers in a similar style.
If anyone has more info on possible manufacturers, I would still like to identify it further.
I have a big backlog of objects to identify, so must try another listing to solve long-standing mysteries!