A deep blue (Bristol blue?) ewer with clear handle and ground, polished pontil mark. Stands 13" to the lip. The bottom of the handle is attached directly to the body while the top has a glass ball between them. Not marked at all, but there's enough signs of age to the bottom to rule out modern China / TK Maxx, etc (and I've owned it for 30+ years).
I have seen similar pieces on t'web described as Whitefriars, but everything with a pontil mark and no name is described as Whitefriars (and 'rare'  - all 5000 of them) so I've no expectation of a Whitefriars attribution. 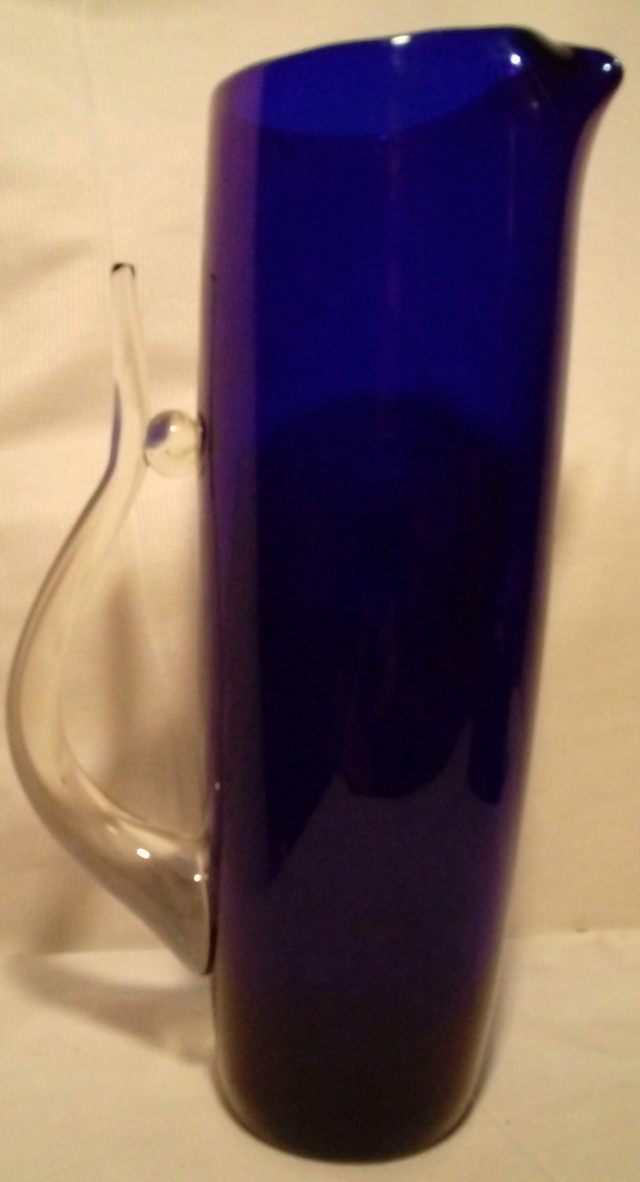 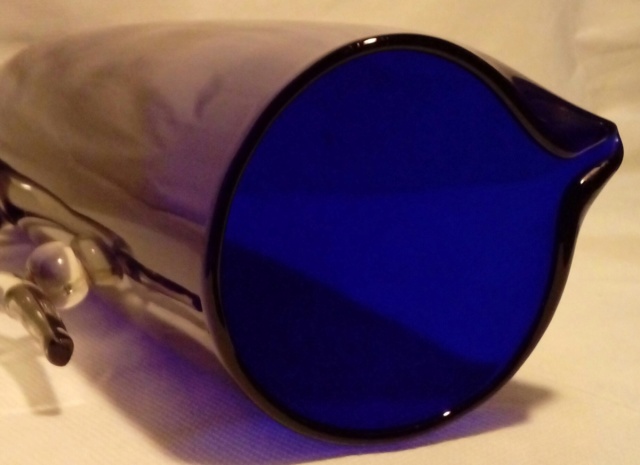 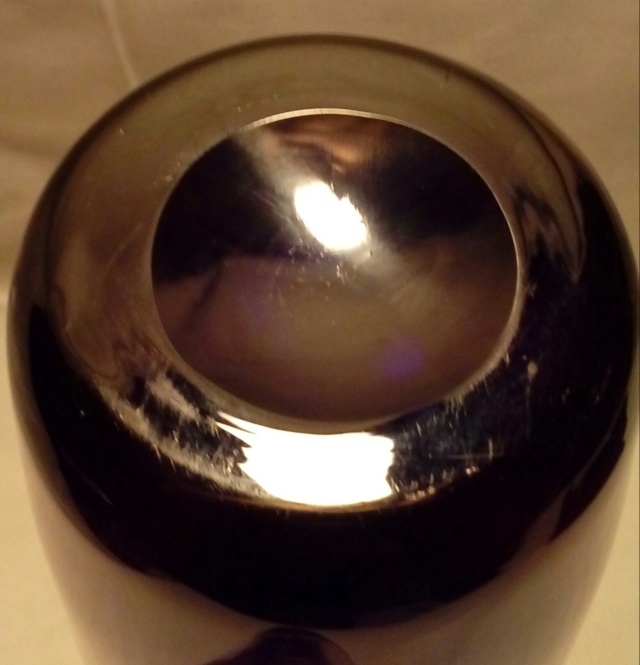 I saw one of these last year turned out to be modern made in the last few years. Sorry

Thanks, RV. I'm not at all disappointed, I had no expectations as to the maker, the ewer only cost me a couple of quid from a charity shop, and I like it anyway.
As far as age goes, it's certainly no later than around 1995, which is when I bought it. I've had it boxed away for years so most of the wear on the base was there when I got it, and with the styling I'd have thought it was made no later than the early 1980s.