Yet another one of my oddities. This shallow dish is decorated with a scene that could have come straight from a cave wall at Lascaux or Altamira, but I don't think it's either French or Spanish.
My guess (and all of my guesses about my own pots have been wrong so far, but hope springs eternal) is that R.G. was an enthusiastic amateur commemorating a holiday in Spain.
I love the bull. The potter captured the essence of the beast with just a few lines, at least up to the horns, but he couldn't do heads at all.

So, enthusistic amateur at the limit of his/her talent? Or a more accomplished potter deliberately producing a naive, primitive style? 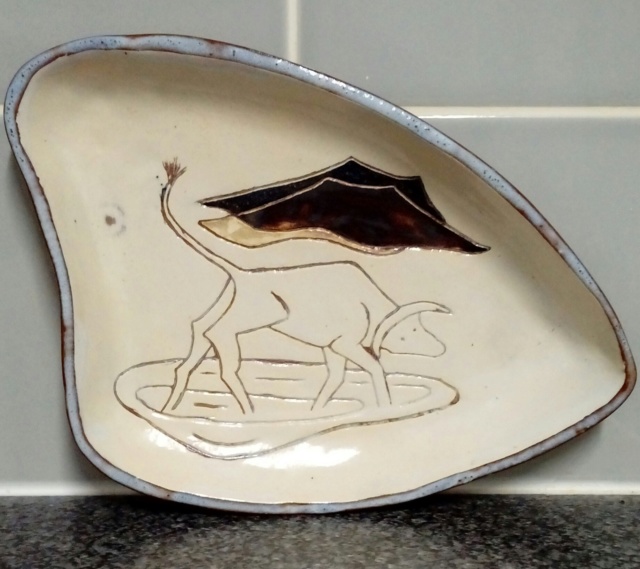 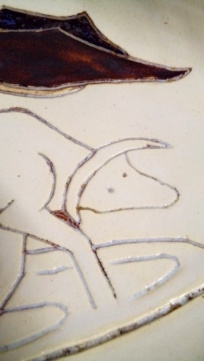 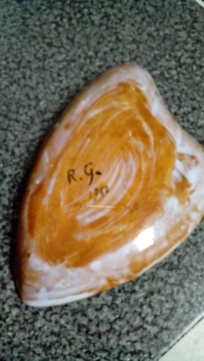 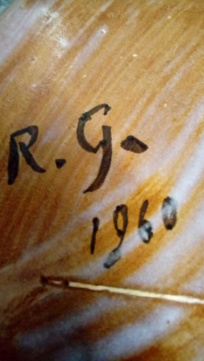