This 10' tall jar has a chop mark on the foot that looks like a lower case "g" or a stylized bird. I've searched quite a bit but so far it's a mystery. 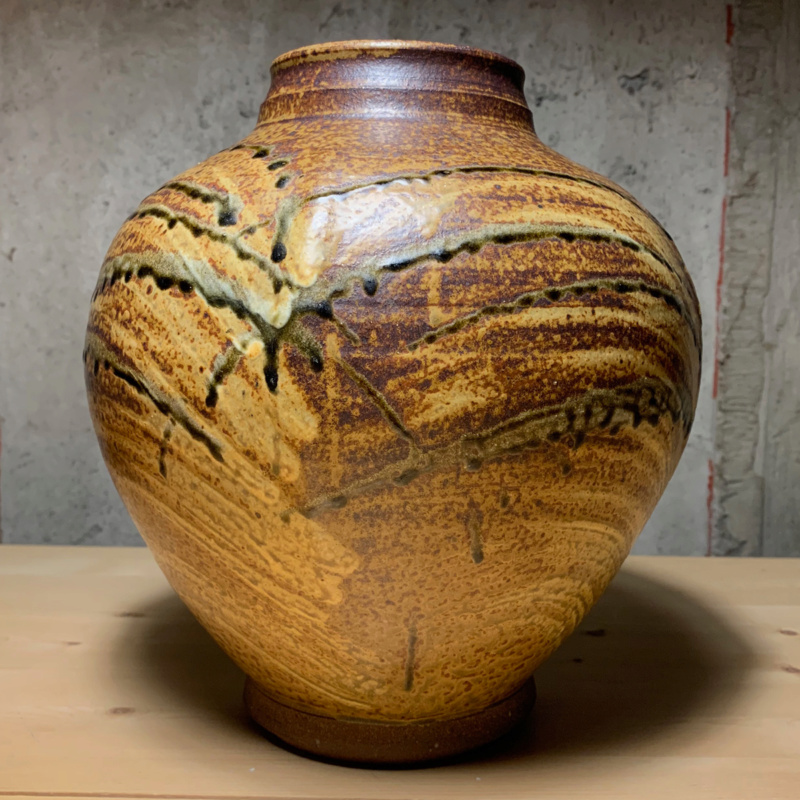 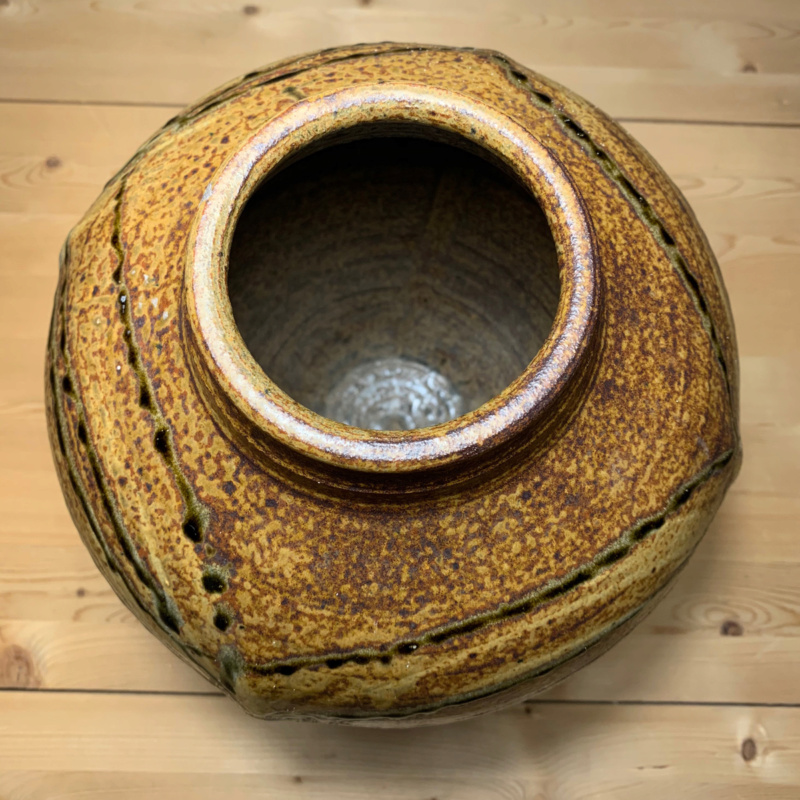 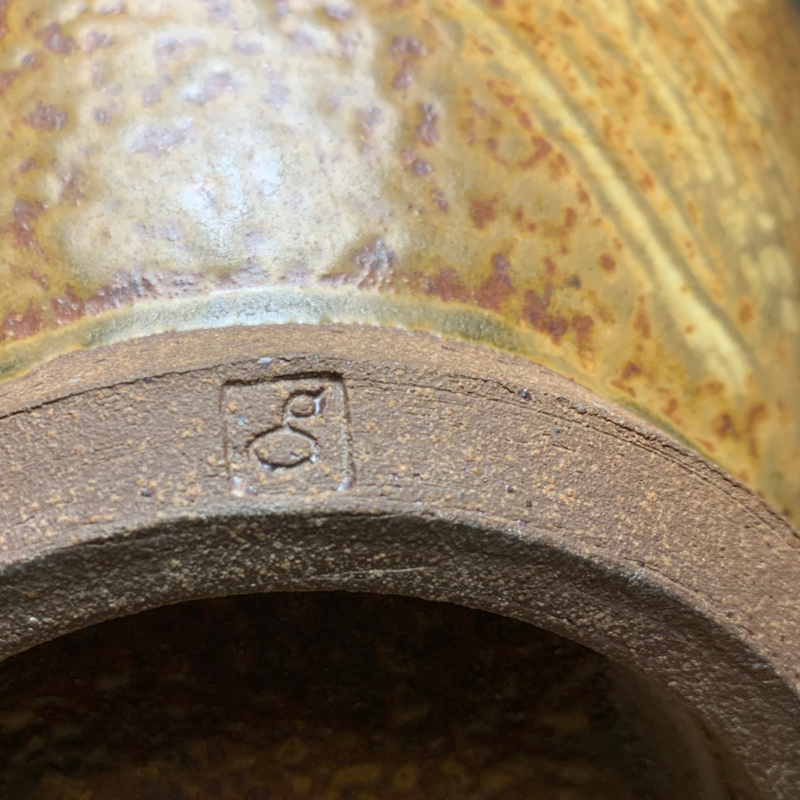 Thanks, I'm hoping we'll find out more about it.

Could that mark be a stylised Low Case g?

Yes, thanks, the letter "g" or a bird shape are both good possibilities for the chop mark.
The jar has four subtle ribs where the arched green strokes intersect.

I know that you are based in Canada and there is nothing to suggest that it isn't Canadian but if it were British I would suggest not to look at potters of the "Leach school". In Canada several potters were apprentices at the Leach pottery in St. Ives England and they generally originated from the Vancouver/British Columbia region. Those pots would have a Japanese shape whereas yours is more Chinese in shape in my opinion.
_________________
Now you should know by now that Potty and I need to see your bottom - we're funny that way!

Thank you, studio-pots. Yes, I'm in Montreal, Canada. I'll see what I can find on BC region potters outside of those connected with the Leach School.