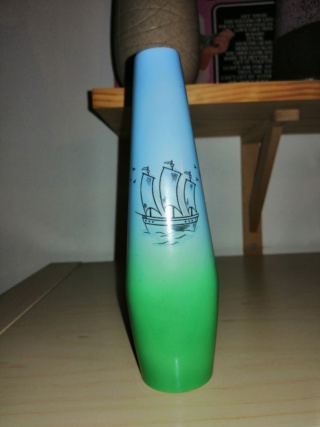 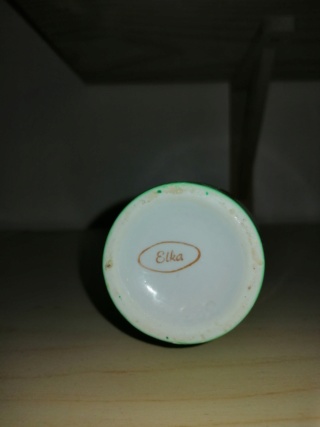 Hi
Has anyone any information about this company please
Thank yiu

From what one can gather on Google 'Elka' was not a pottery, but a very popular  style of modernist Czech pottery inspired by Jaroslav Jezek. East Germany was a pretty ruthless communist state  and never had any tourist industry. https://www.pinterest.de/amp/pin/544513411175892406/

Hi
I think you might be wrong they had a large trade both with other eastern block countries as well as western Germany. I have quite a few of these tourist pieces
Regards

Maybe you should check about IKEA getting there furinture made in eastern Germany along with large west German companies. In the 80s it was made easier for west Germans to visit the east and yes eastern Germany's by then were allowed to go to the west. The west German government gave the east funds for doing this. Not sure were your history is from
Regards

Probably from being of a generation that lived through that 'History'.

Strangely I was based in West Germany for ten years in the 80s and lived through that as well.

All the different marks on this set make me think Elka was a decorator, retailer, or importer:
https://www.etsy.com/listing/761406583/oscar-schlegelmilch-elka-thuringia-east