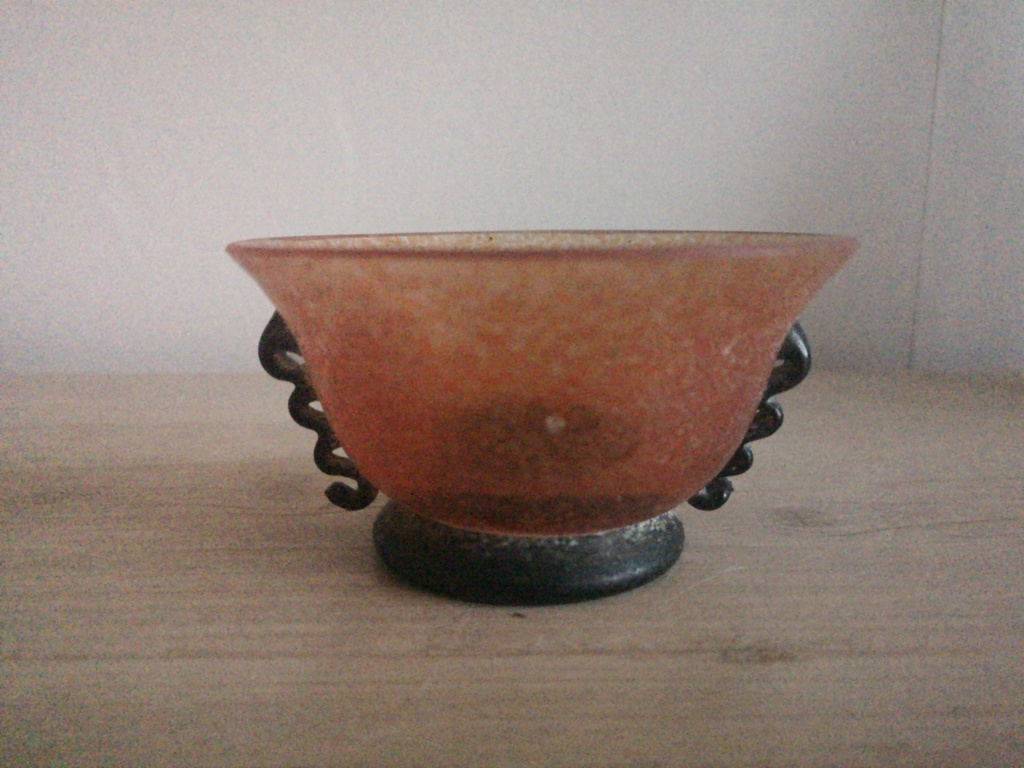 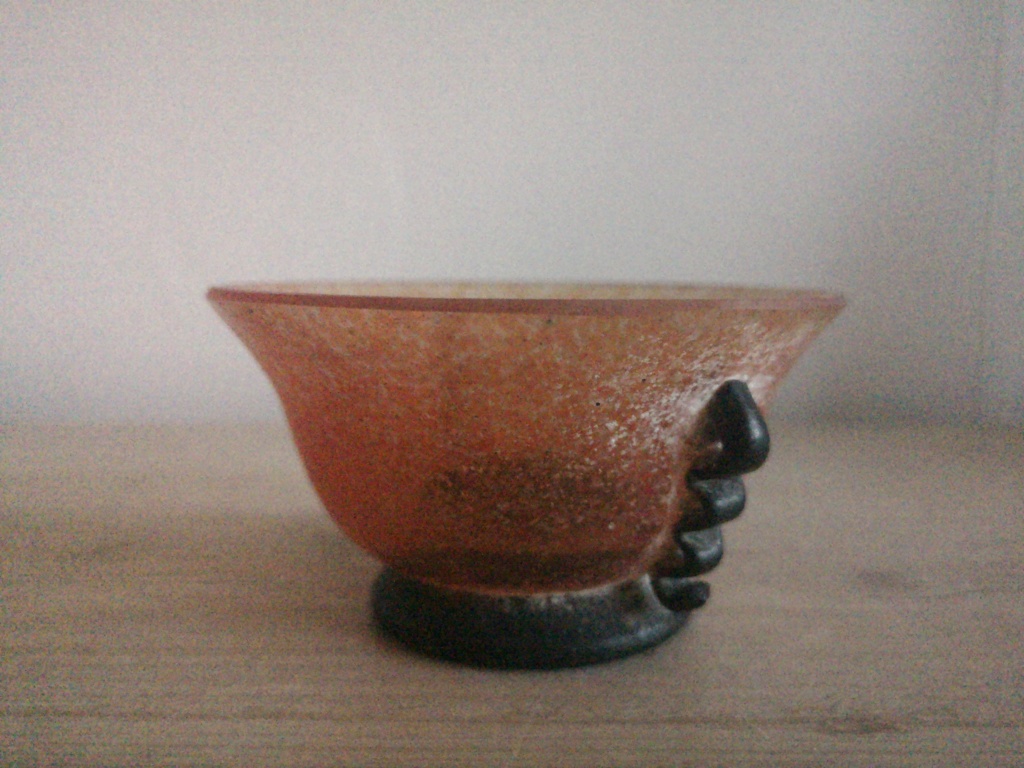 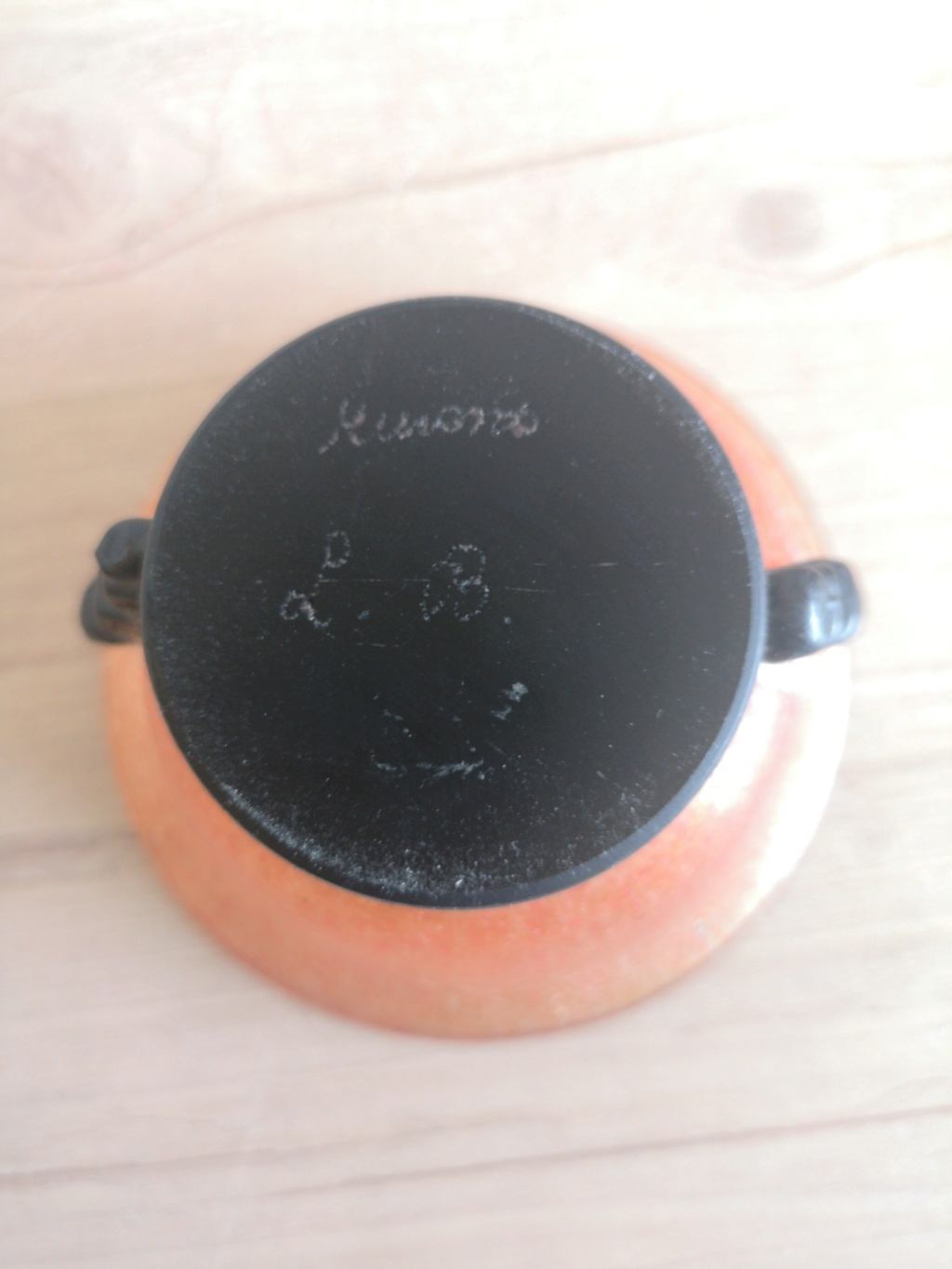 I was wondering if anybody can help me please?
I've got this what I believe to be a 1920s Murano bowl, width 11cm height 6cm. It's etch Murano on the bottom and a
makers initials of L B. Can anybody tell me who the initials would belong to? Been looking on the internet with
no success!

I moved this to ID my glass

I can't identify the maker, but it will have been made sometime in the last 35 years, rather than in the 1920s - despite its 1920s styling.

The powdery surface is a decorative technique called 'scavo', to resemble 'excavated' Roman glass, and wasn't invented until the 1950s (by Alfredo Barbini, if I recall correctly). It wasn't widespread amongst Murano glassmakers until the mid-1970s, and maintained some popularity through to the mid- / late-1990s.

The speckly glass, made by rolling the clear glass gather in small coloured glass chips and fusing them to the surface, is much more a mid-1980s-into-the-1990s thing (Seguso Vetri d'Art and Cenedese & C. produced quite a bit during this period).