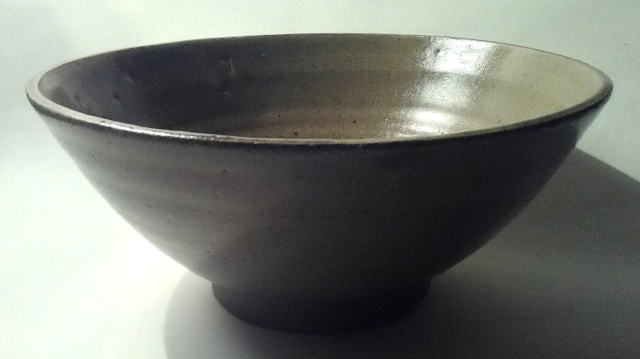 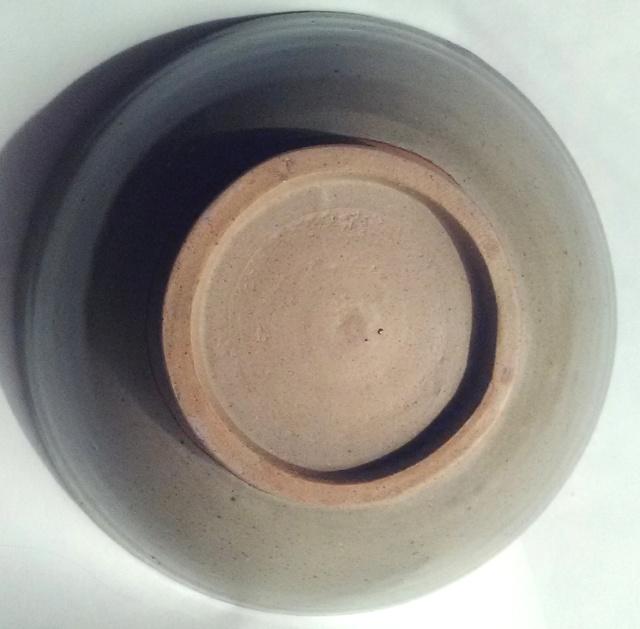 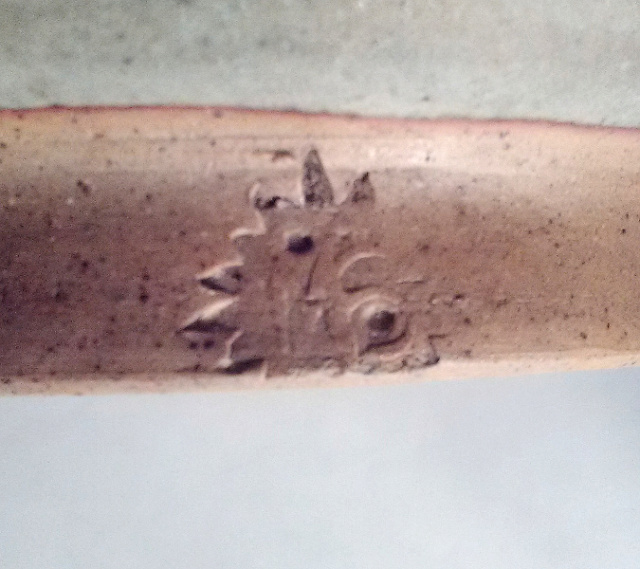 Here's a little story for you.

Sometime in the late 90's my wife bought an old salad bowl for 3 pounds in a charity shop.

Some years later, as my interest in pots grew, I was helping myself to some lettuce when I suddenly noticed the salad bowl in a particular light!

After dinner, having washed said bowl, I noticed that it was handmade and marked BL ..

... yes, you guessed it - it was a Bernard Leach Bowl (runs around the kitchen making weird noises!).

We quickly decided that we were not going to use the BL bowl for salads (gets out kid gloves and moves bowl away from ... everything else!)

So, we went out and found THIS bowl marked MS.

It may not be a Leach bowl - but it has been a great salad server!

So, can you recognize the mark - very distinctive - not in "the book" ... but possibly British.