Four figures depicting Lace-making and Spinning
I believe them to be late 19thC to mid-20thC in date from Turnhout, Belgium 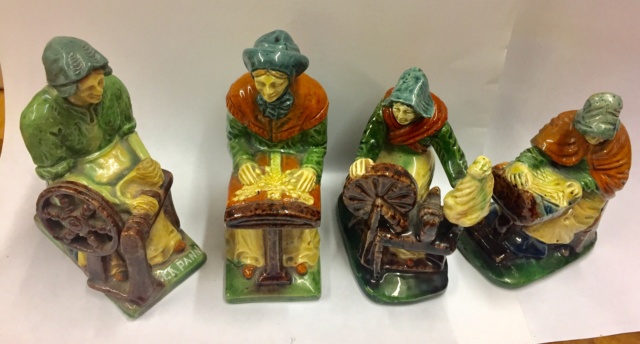 Intriguing. I would not know where to start on trying to identify those.

Having read the article - an amazingly impressive bit of research work - those look like two pairs, don't they? The article says the lace-maker is often paired with a spinner.

Yes, based on the bases they are two pairs; presumably different Potteries or made at different times. I’d estimate these are later - 1920s-30s - as they lack the detail such as dogs under the open legged chair that the 19thC pieces had. But they’re still handmade rather than slip moulded like the late ones
_________________
Carrot cake is just fake cake