This was kicking about on ebay for ages so I eventually bought it.
So approx 200mm h x 130mm wide at base, red earthenware, glossy black glaze all over.

Has some base scratches no not recent but would put it at say 80s or 90s could be earlier but not later.

I'm getting "JR" mark = nothing in the book?

Heavier than it looks - base heavy. 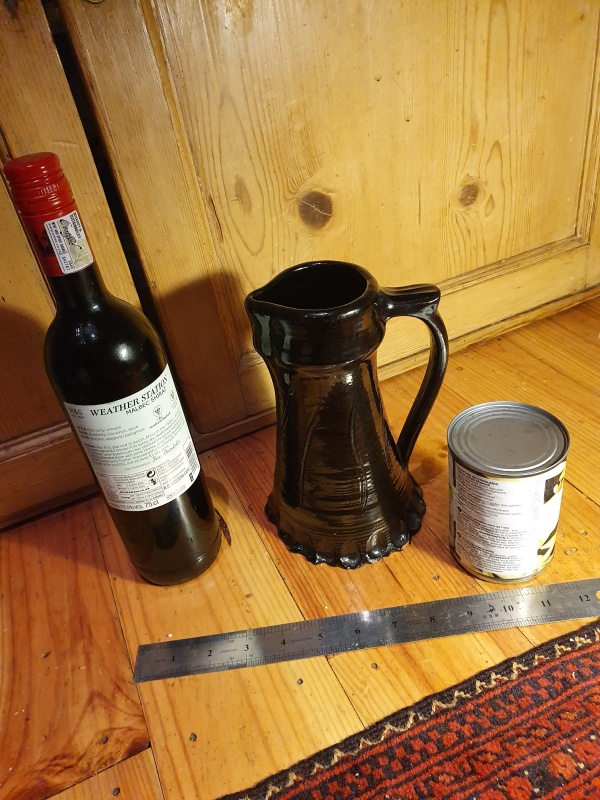 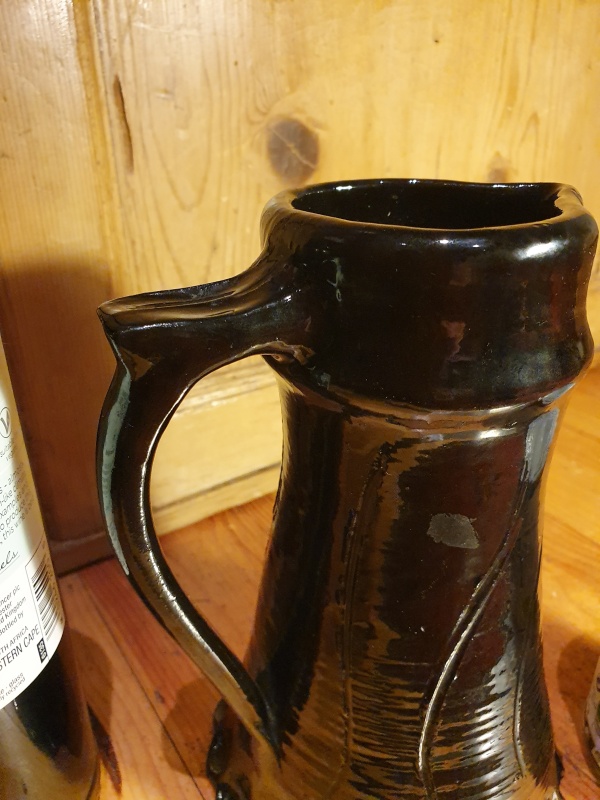 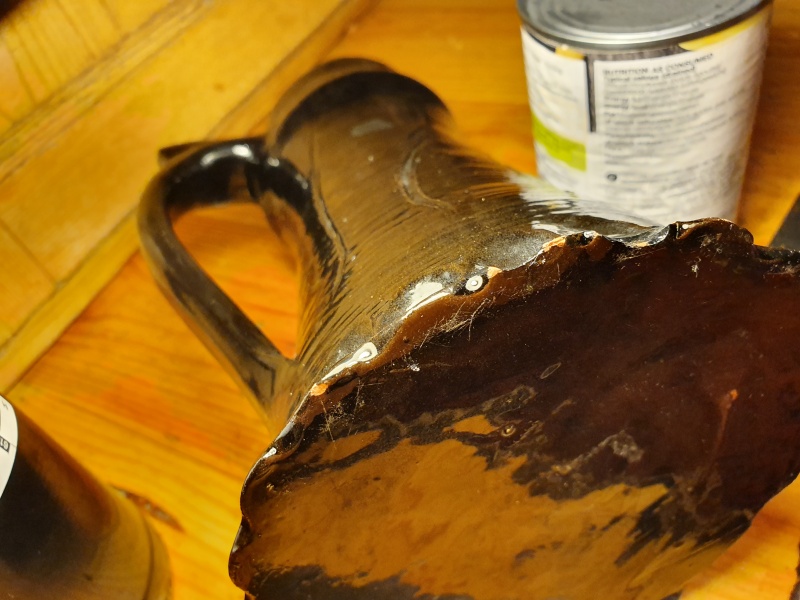 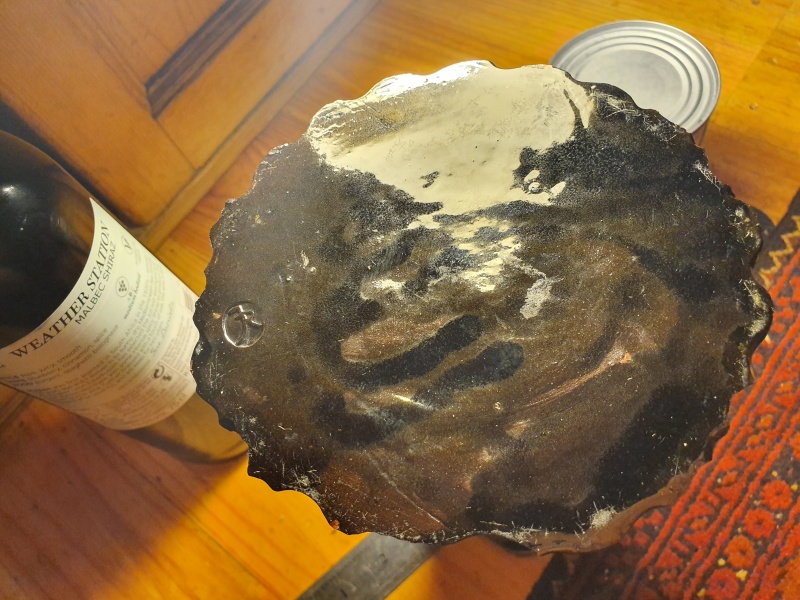 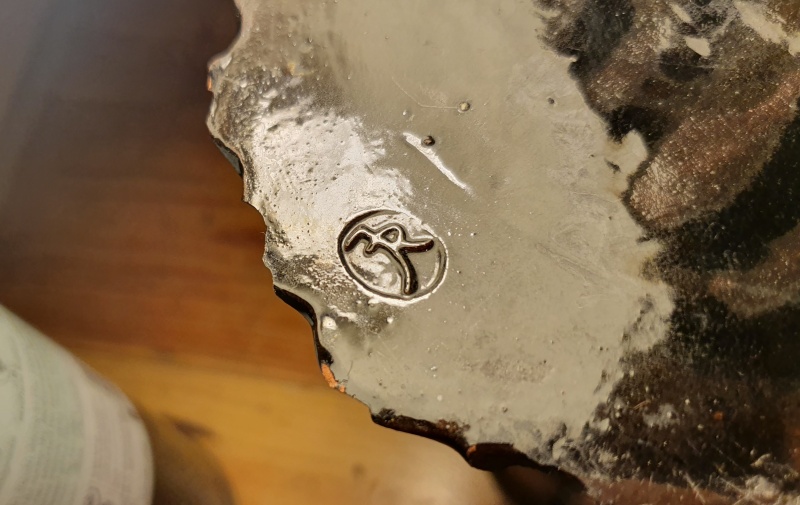 I’ve come across it before on slipware pieces but still a mystery. Sometimes accompanied by a fish mark.

Well remembered. You do have an amazing memory for images.

Can you remember the sort of age of the pieces>?