Brown and black pot with b impressed mark - Paul Barron

This is my second pot that I would like some help in identifying. I found an impressed b mark for Paul Barron but I don't think it looks quite the same. 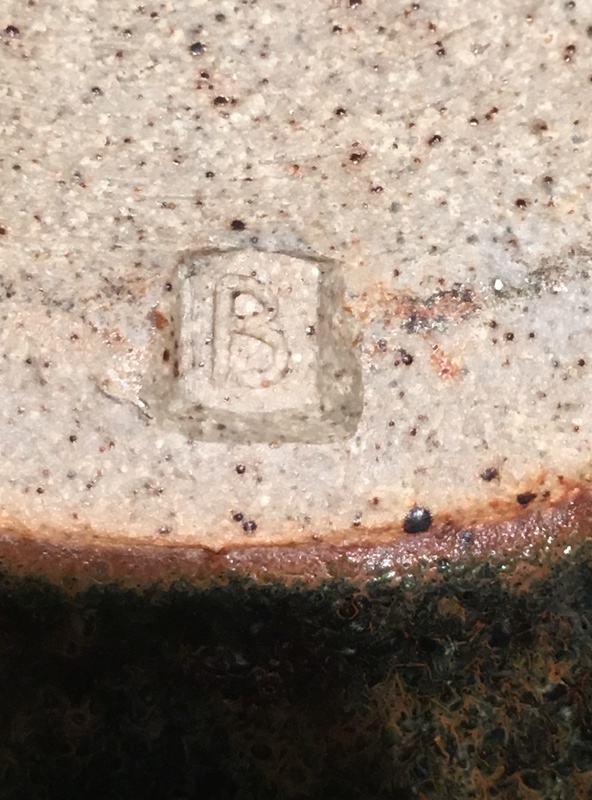 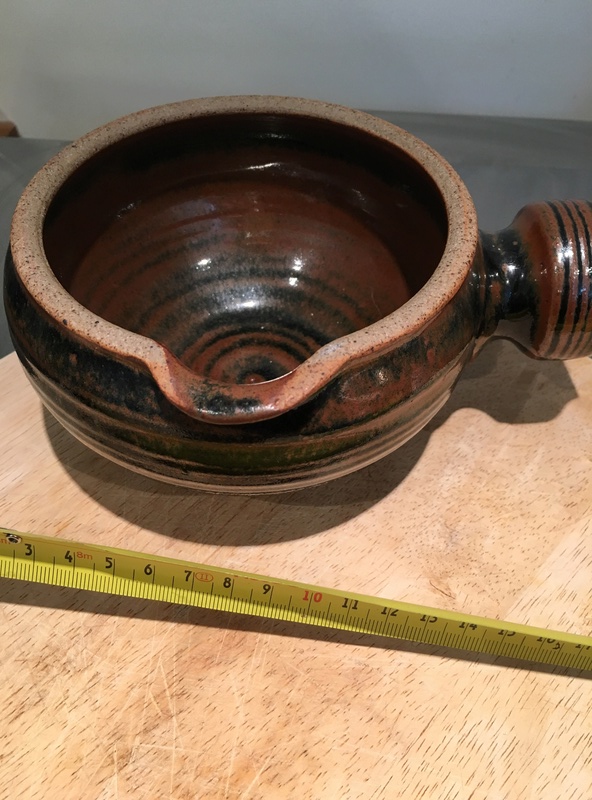 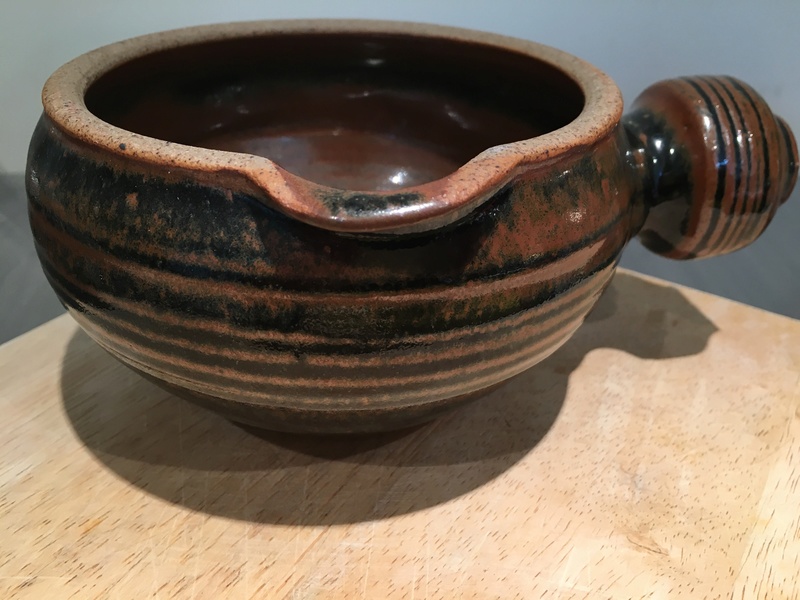 It does look like Paul Barron's mark and on another pot I would probably have said that it was by him. The reason why I am inclined not to is that Paul taught full time at Farnham for much of his life, meaning that his output was small and the stoneware he produced was individual items rather than something like this, which is functional.

If someone was able to state that that they had bought something like this knowing that it was Paul Barron, as they bought it directly from him or an outlet of his during his lifetime, then I wouldn't disagree with them.

However, the major problem is that the unglazed rim tells us that it had a lid, which is missing.
_________________
Now you should know by now that Potty and I need to see your bottom - we're funny that way!

Paul Barron's work is not THAT rare!
Anyways, it is not Paul Barron. The bottom bulging part of the B is totally unlike his mark.
Trouble is, there are not many potter that use a B alone, that one can identify. Borthwick? Unlikely?
It looks a competently well made piece. But-as Studio says- without a top it is not complete. And collectors hate that...

Looks like IB or LB. There is a similar mark attributed to Bosceana Pottery but there is some dispute as to whether they ever used one.
_________________
Carrot cake is just fake cake

Thanks for your help; it seems a bit of an incomplete mystery!

Looking closely st Paul Barron's marks in the latest edition of the Marks book I agree it's by him. The gap at the bottom of the B is right.
_________________
Carrot cake is just fake cake

That is interesting. I have looked closely and the suggestion of another letter such a list being there is the shadow in the corner of the impression. I am thinking of selling both this piece and the jug by Mary Rich. I don't know whether this has no real value as incomplete? Many, many thanks for all the advice so far. 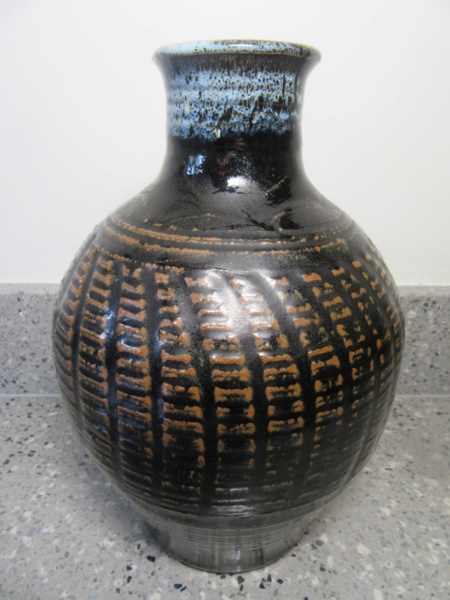 Paul Barron (1917-83) is primarily associated with Henry Hammond -with whom he shared a pottery- ans spent a good deal of his time as a lecturer on the famous Farnham pottery course. Bought this from Bonhams twenty yearsd ago. 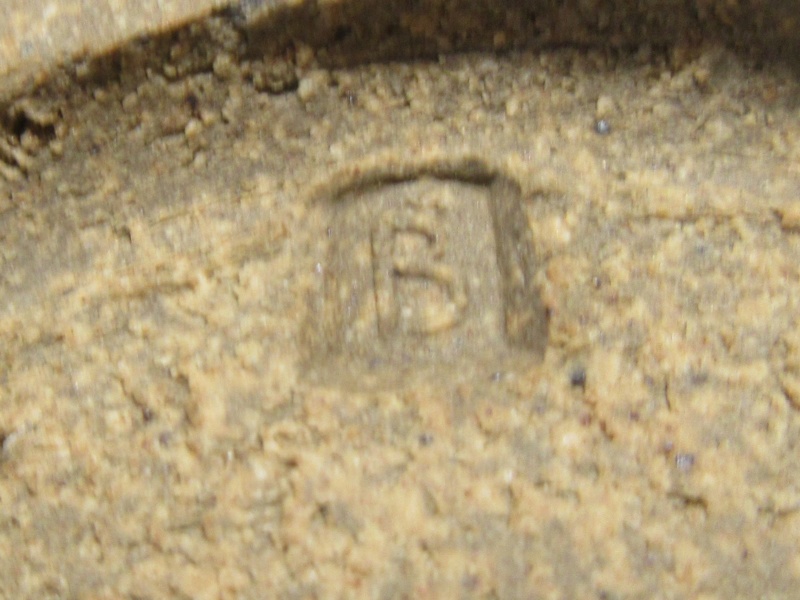 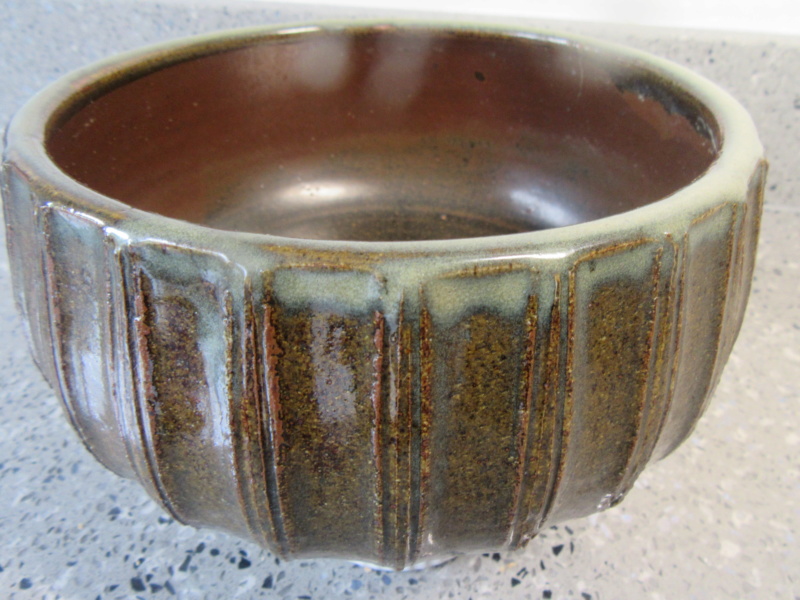 Its a great pity really that he was not more prolific. He was a very good potter.