11 cm bowl, brown clay, light brown outside, chocolate dark brown inside.
Stayed on base handrejed 402 with an incised signature.
At a guess, Danish. Any more info? 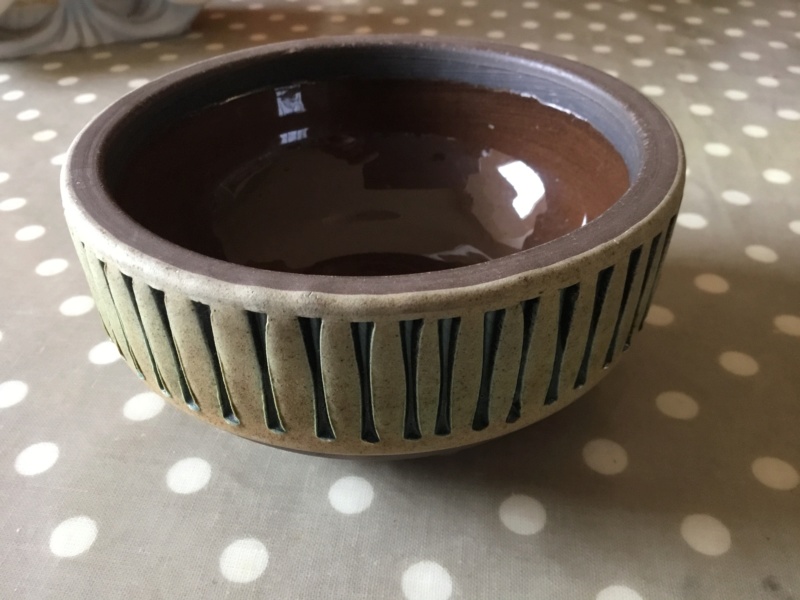 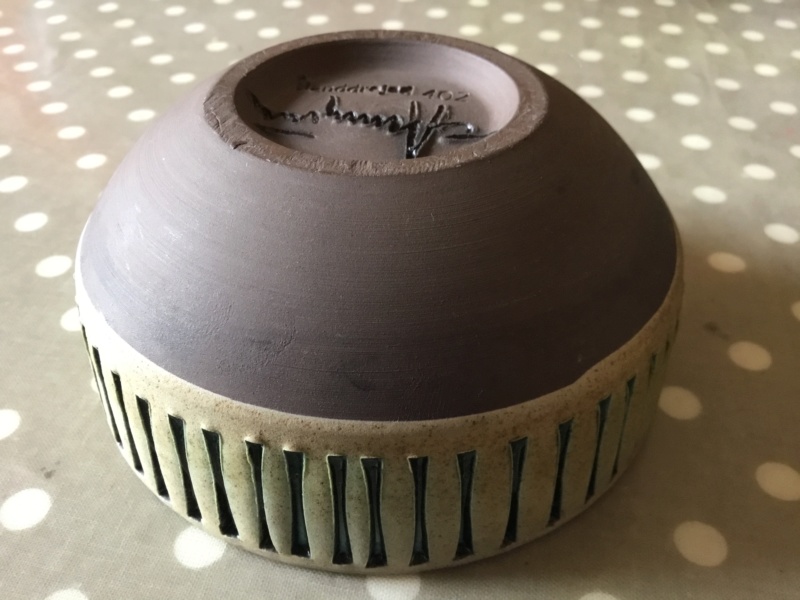 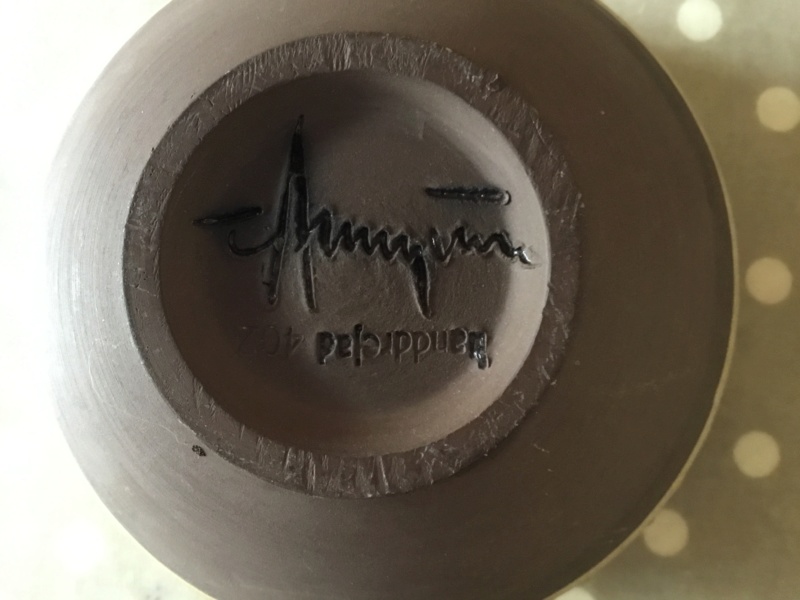 According to Swedish Wikipedia, Anagrius (b.1939) worked at Rörstrand and Gustavsberg and was employed as designer for two years [at Alingsås Keramik], before starting his own workshop, also in Alingsås, in 1963. In 1967, he moved to Kvidinge in northwestern Skåne, where he has worked ever since.

Thank you Hercules, I’ve only just seen this, a year or more late. Need to find the bowl now! Thanks.