it's art, you can't ask that but if you could the answer would be studio pots and I
_________________
Due to travel restrictions the US was obliged to hold the coup at home this year

.
Are you sure of that Dan?
You cannot be tempted by ANY of the Art of a person who is not a nice Man or Woman?

Can I tempt thee then?

How about this painting? In the Sainsbury collection? 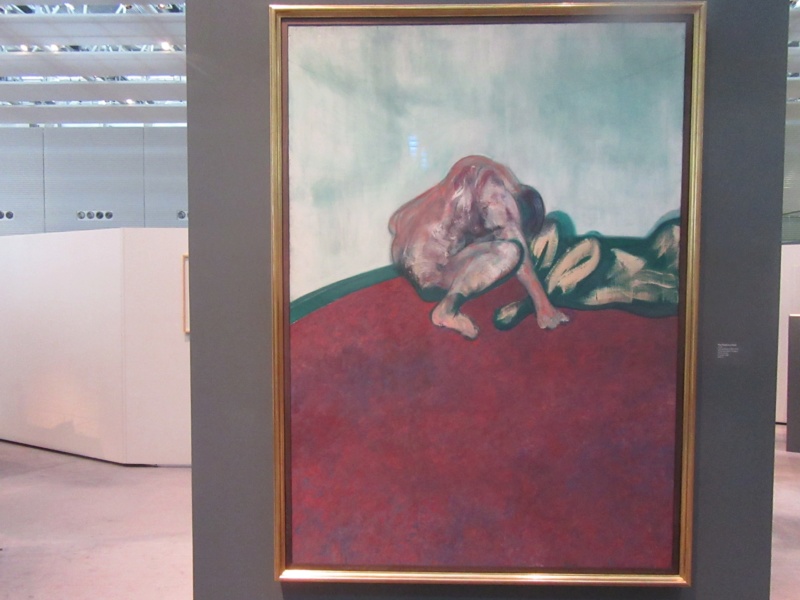 Francis Bacon. Who by many accounts was not a Nice Man at all. Study from 1960. Worth? £5 million? Or some such ludicrous Arty World stratosphere figure.
So, nasty man. Unsettling painting. But on another planet of level of worth to De Waal piece.

Does an artist have to be a 'nice' person for one to like his work? Many amongst the great artists of history have been fairly unpleasant characters.
While the general feeling on here seems to rather against De Waal, there are obviously many who find his work attractive. Who are also prepared to back that liking with Lots of Lucre.
Who is right?

If you are referring to my comments about the subject of this thread then I think you have misunderstood what I have said.

I think Francis Bacon's work is very special and what he was like as a person is immaterial.

I think Edmund de Waal's work is poor and that he is a sixth rate potter and a plagiarist because in my opinion his work is a poorly executed pastiche of what he is trying to copy.

The only part of me believeing him to be a scumbag that is important here is, that if he wasn't, then I would have been unlikely to have given an opinion on his work in this thread.
_________________
Now you should know by now that Potty and I need to see your bottom - we're funny that way!

https://www.phillips.com/detail/edmund-de-waal/UK050120/23?fromSearch=edmund%20de%20waal&searchPage=
As a footnote, the estimate of this De Waal assemblage piece at Philip auctioneers is a cool £150,000 - £200,000..The auction has had to cancelled once, because of our present predicament. If the 2008 financial crash is anything to go by, Ceramic prices will plunge given the dire economic forecasts to come. I wonder if De Waal will?