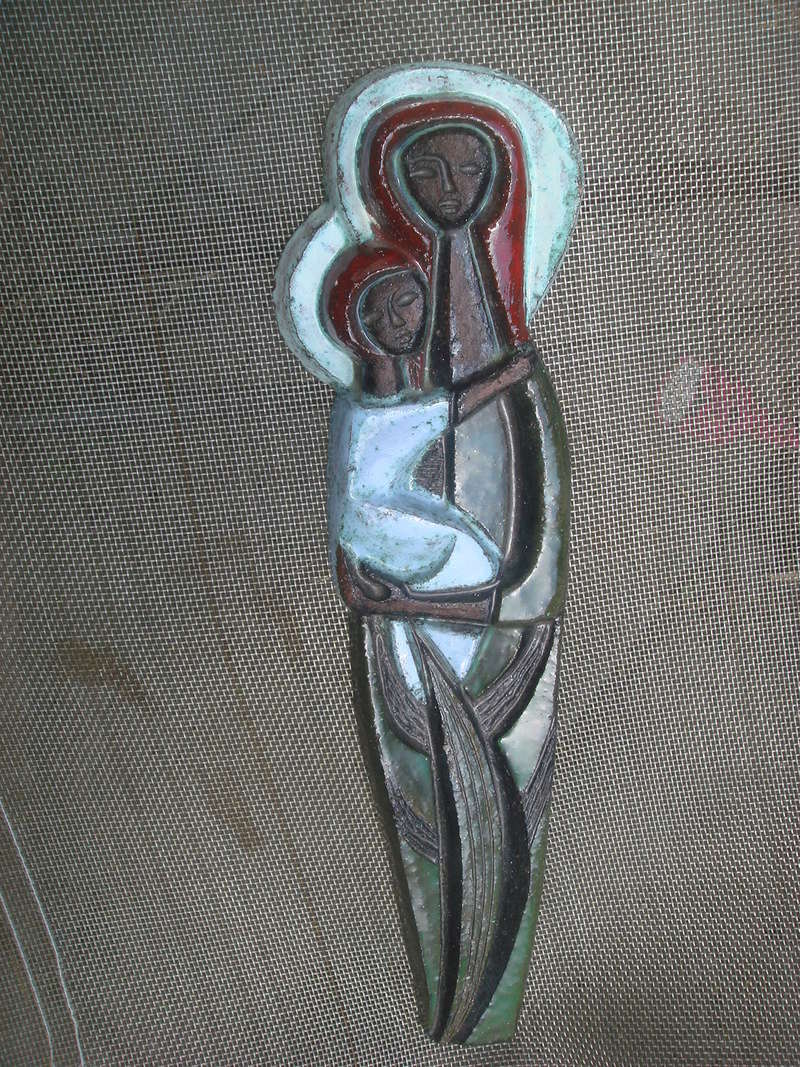 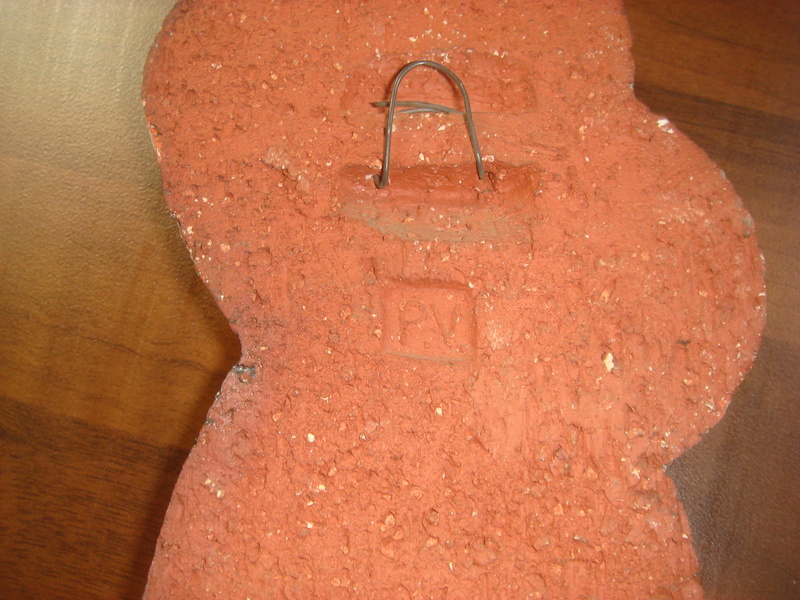 P.V. both handwritten and impressed, can be peasant village - mainly Italian wares.

Thanks debbie,,,i think its beautifully done

As a question...why would an Italian mark something P.V. for a peasant village piece..as that wouldnt be the initials for these Italian words ?

There are two types of PV marks-one written and another either impressed into the clay or printed with PV in a circle (although this one is in a square - it does have an Italian feel to it). I am now of the opinion that either mark refers to 'Peasant Village'. This was a line created for, and imported by, Mittledorfer Strauss of New York. Peasant Village pieces were made in several countries, including France, Italy, and even the U.S.

Mittledofer used the PV logo beginning in 1928 and I believe they continued to use it through the 1960's. The parent company, Mittledorfer Strauss, remained active into the 1970's.

There is no way to tell which specific factory made these pieces as the customer, (the importer in this case) refused to allow any company names or logos to be used except their own.

(copied from the internet - where there are several similar references)