First, there are two Danish ceramists called Peder Rasmussen.  One was born in 1942 and is still making pots today in a contemporary/postmodern style.  He has his own website.

The Peder I'm interested in here is less well known.  He was born in 1929 and died young in 1964.  He had his own studio in the 1950s and then moved to work and Bing and Grondahl in 1959 where he stayed until his death.  Pieces by him were known during his lifetime and he gained some recognition then.  Because of the rarity of his pieces however he has become a more obscure figure but I think an important one in a period of stylistic changes in the early 1960s in Danish ceramics.  I found this tray in a basement antique shop in Copenhagen last month.  It is initialed, numbered and stamped Bing and Grondahl. I think it is a unique piece. It measures 21cm square. 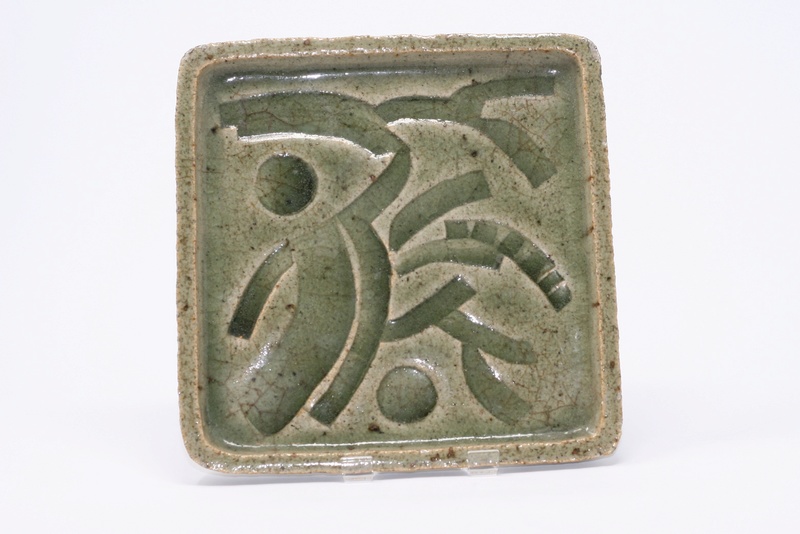 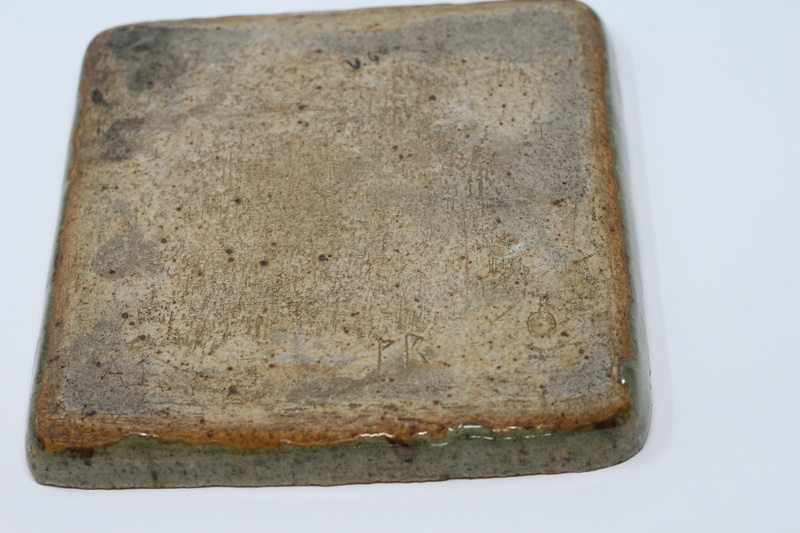 may we see the mark used by the lesser known Peder please?
_________________
"Changing your mind when you know what’s happening and you don’t like it. That’s what democracy is all about"

In the second picture you can just make out his initials PR. That is the only mark by him I've seen.

Love the contrast on the edge of that drippy glaze and the dry rusty coloured clay. Bottom lovely and dirty ...the best way