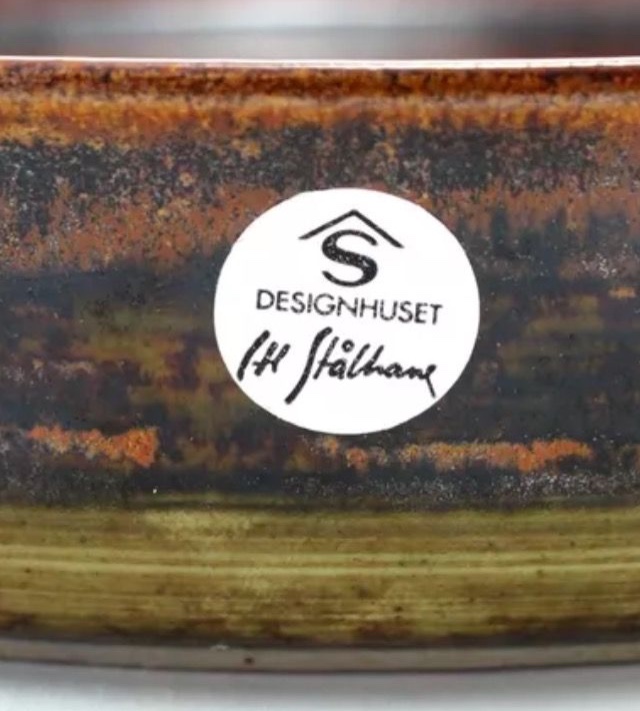 These are typical marks from the his Designhuset studio set up after he left Rorstrand.  He didn't throw pots himself but did the designs and oversaw production.  He did some decoration himself but his unique pieces usually have his full signature. 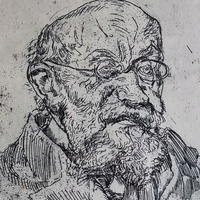 Carl Harry Ingemar Stålhane, born in Mariestad December 15, 1920, educated at Isac Grünewald Målarskola 1943-46, then at Academie Collarossi in Paris during the period 1947-48.  He came to Rorstrand 1939, just 19 years old and became one of the leading artists at the factory.  At age 30, he became something of a master of Stoneware and took over as lead artist for Gunnar Nylund.
Stålhane did all sorts of goods, from the uniqueness that he hand-signed himself into a studio goods which he became most famous for.  He also designed numerous tableware and drew a variety of decors.  Stålhane became Rorstrand faithful in more than 30 years, the last two years also as head of design at Upsala Ekeby.  He also worked as a teacher at the Industrial Art School in Gothenburg 1963-71


In 1973 he stops at Rorstrand and start his own business - Design house in Lidköping. Stålhane has made ​​several public works, including  a Stoneware Reliefs Commerce Trust Co. in Kansas City, USA and Volvo in Gothenburg.  His art is represented at the National Museum in Stockholm, the Museum of Modern Art in New York and Others  He dies in Lidköping 11 April 1990.


In 1973 Carl Harry Stålhane left Rörstrand and set up Designhuset (design house) in Lidköping .
Design house was meant to serve as a testing ground for various types of clays and glazes with a close collaboration with Chalmers University.
The design house made ​​a lot of figurines, plain utility and commercial goods, etc but there were also a lot of unique things and official decorations.  They were also involved in training and had presentations on manufacturing.  In total, about 10 people worked at the company over the years.  Ceramic Production shut down in 1988 and the premises became a ceramics academy
_________________
"Changing your mind when you know what’s happening and you don’t like it. That’s what democracy is all about"

here's a signed piece by Carl Harry Stalhane, marked with the more usual chevron and S

The other simpler marks are shown here: (near bottom of page).
http://www.berggallery.se/designers/carl-harry-stalhane/ 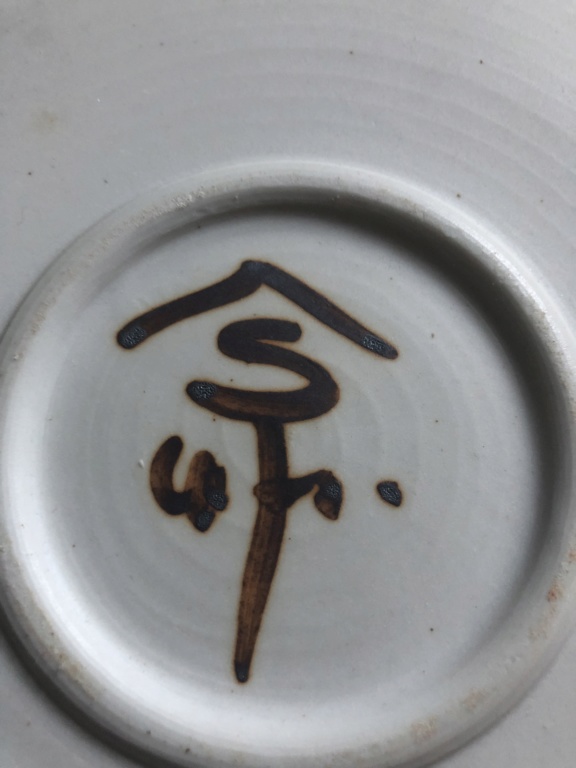 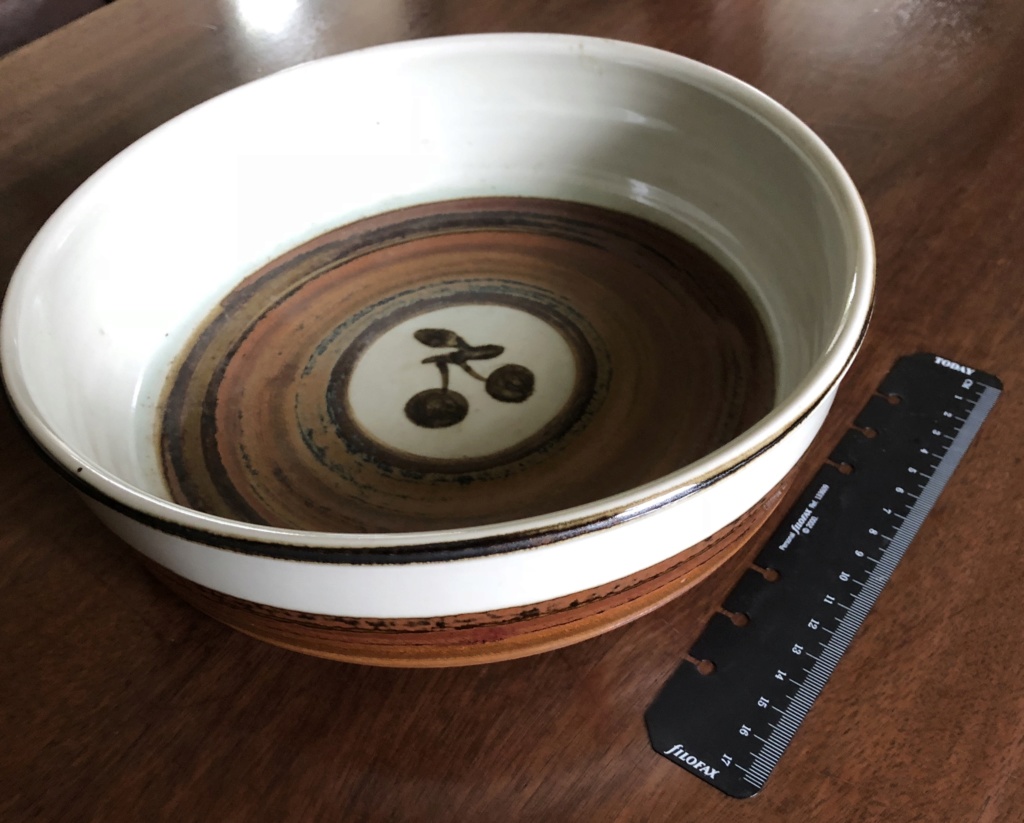 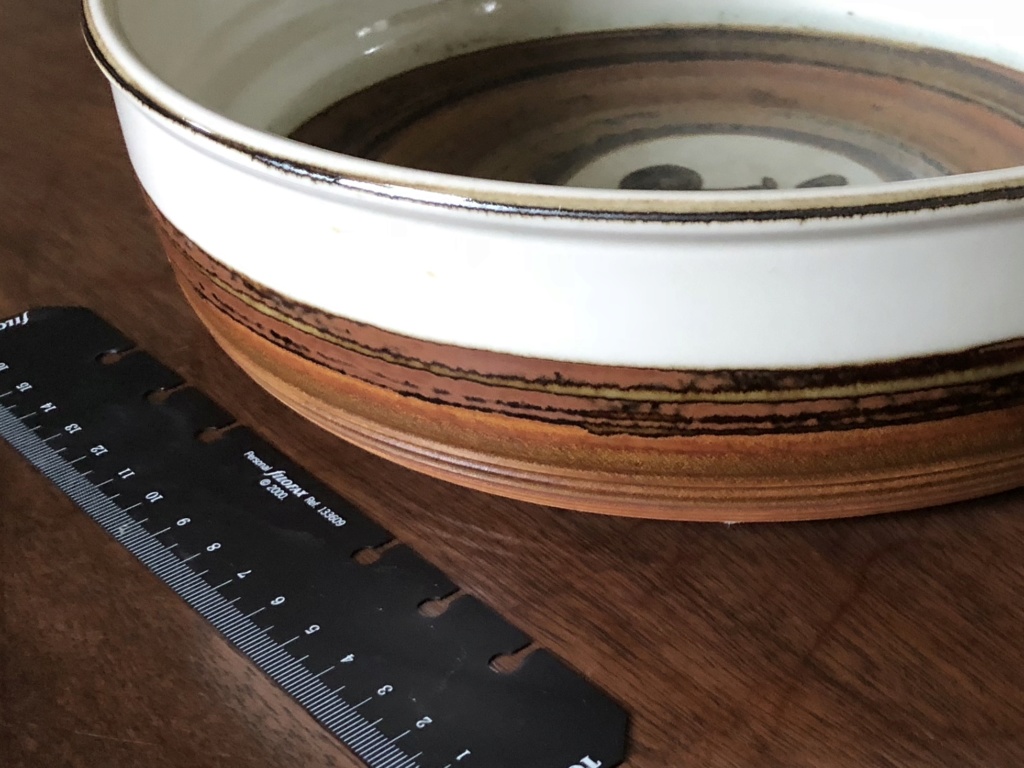 m a ‘new boy’ so apologies for missing off (vital!) info

Not his personal mark, but Definitely Designhuset. Nice...