Takeshi Yasuda is a Japanese potter who came to Britain with Sandy Brown in 1973. For had various potteries in Devon. He later worked in various styles and had lecturing posts in various places. Very well thought of and collected in this country. In the last decade or so he has a lot of time working in China. Had a Major exhibition at Goldmark Gallery  a few years ago. This is an earlier piece probably from the 80's. 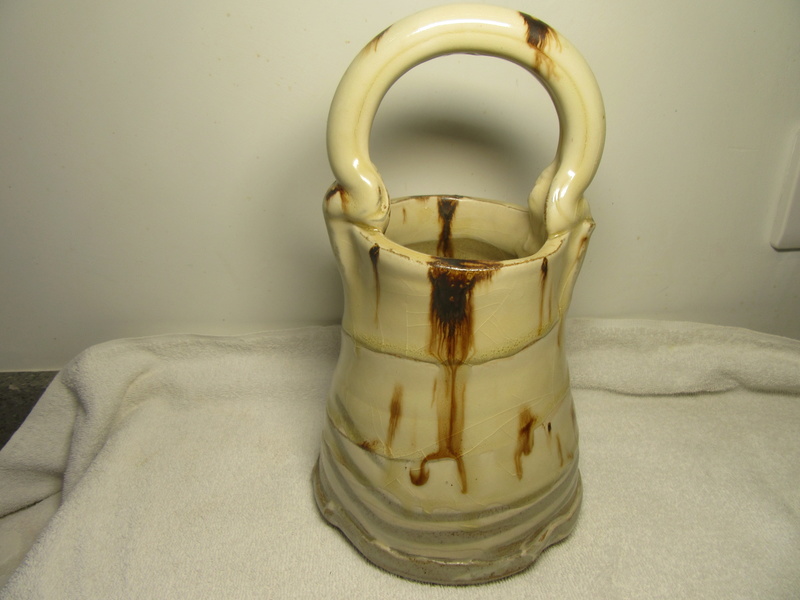 The mark on the above piece. An early mark, as from 1992 he only used a paper label. 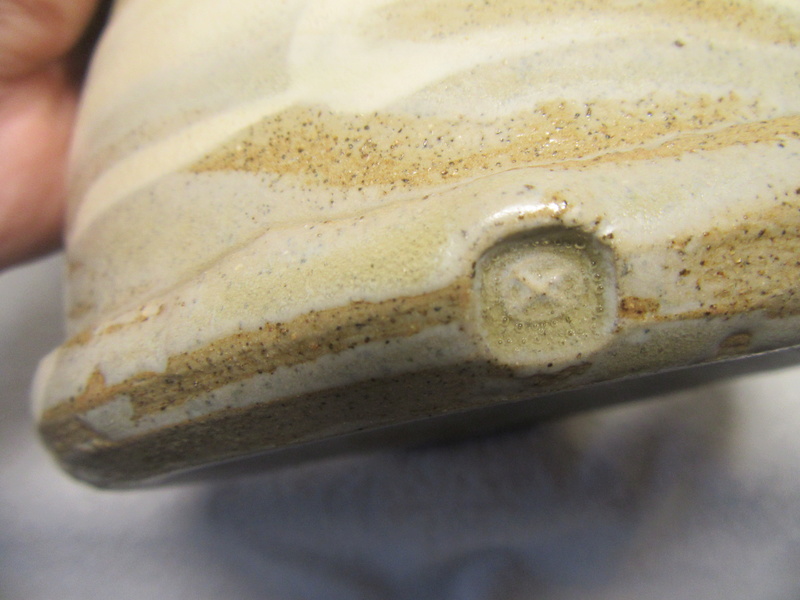 An altered Yunomi from the 90's 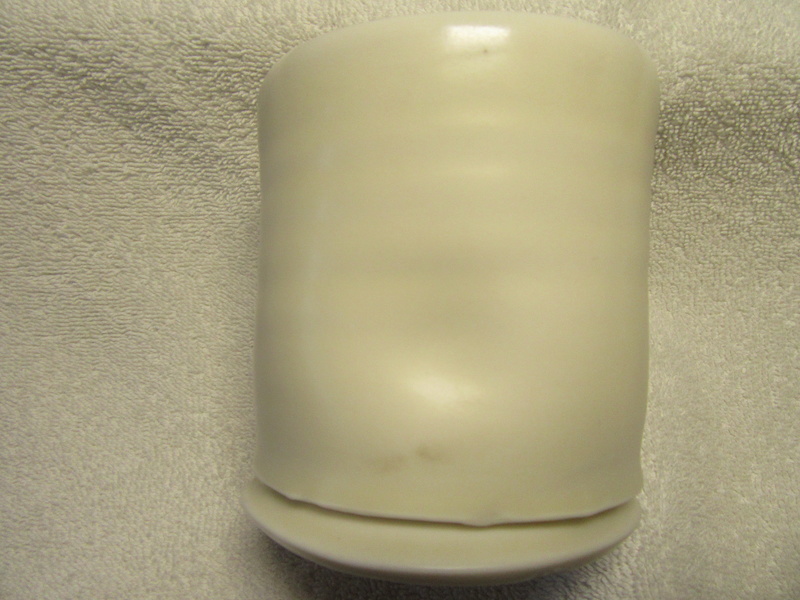 The paper label on the above yunomi. 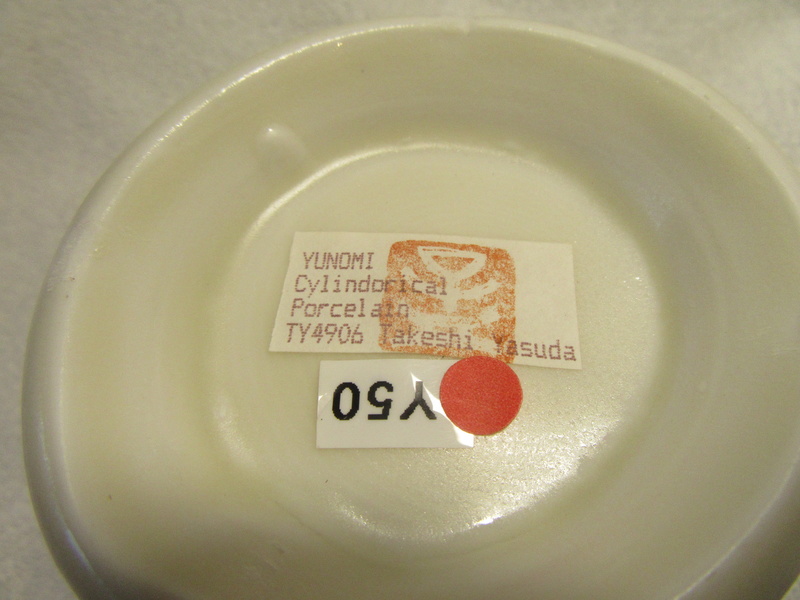 An early piece, probably made rapt South Milton in the mid 1980s. The more I handle it the more I like it but I need to let it go. Thought I’d put some pictures up first and then I can look at it again when I wish I hadn’t sold it! 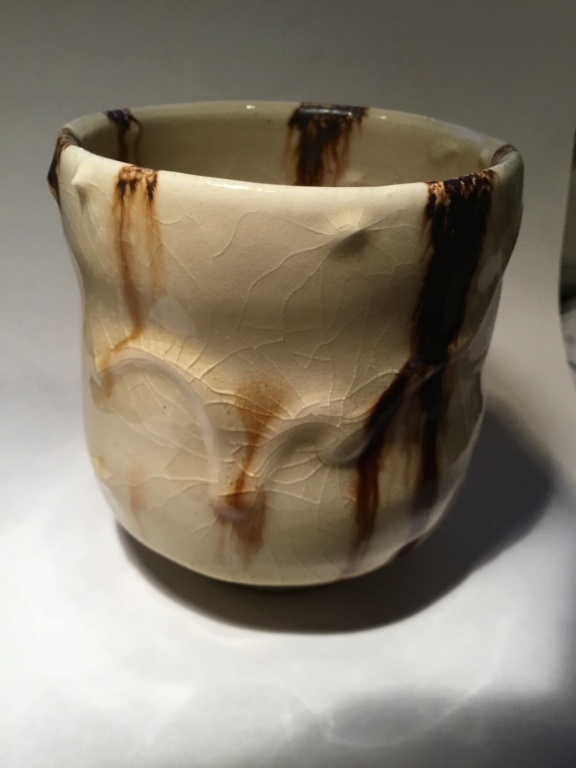 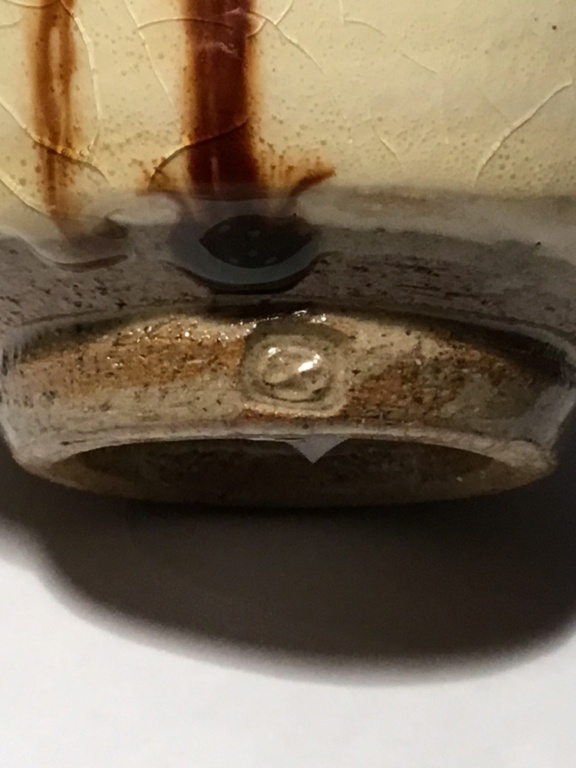 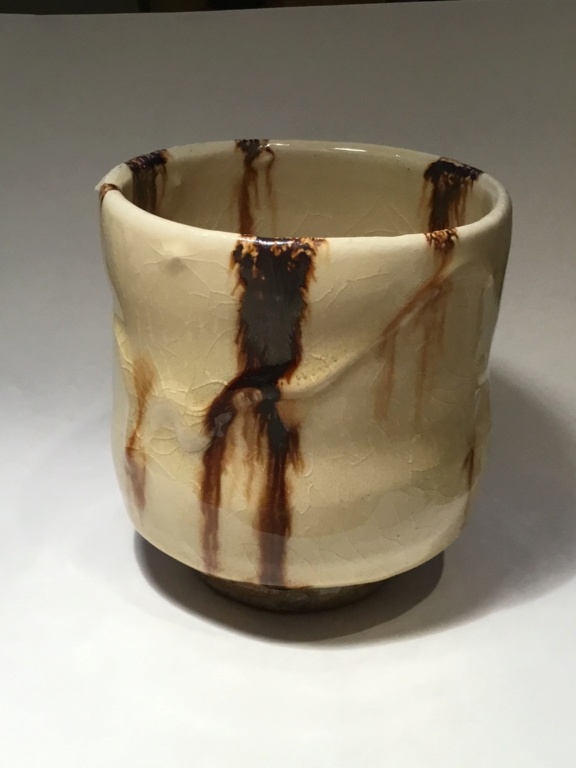 ' first met Takeshi at the North Wales Guild of Potters.He had just arrived from Japan and could speak no english.He was there to give a demonstration.I was applying for membership,was fresh out of college,and had submitted some work for "assesment"We hit it off instantly - there was a definite " chemistry".I seem to remember we hugged -wow,with a Japanese!Later,he stayed with me whilst teaching at Cumbria College of Art and we went to see the film " Gandhi".At the end of the film he placed his hand on my knee ( in a kind of reasuring way) and said," Gandhi said that no victorious army at the end of a war has the right to accuse the losing side of war crimes.