Perhaps best known for her delicate porcelain altered forms of the 70's and 80's. From 1990 she did reactive glazes with volcanic surfaces. 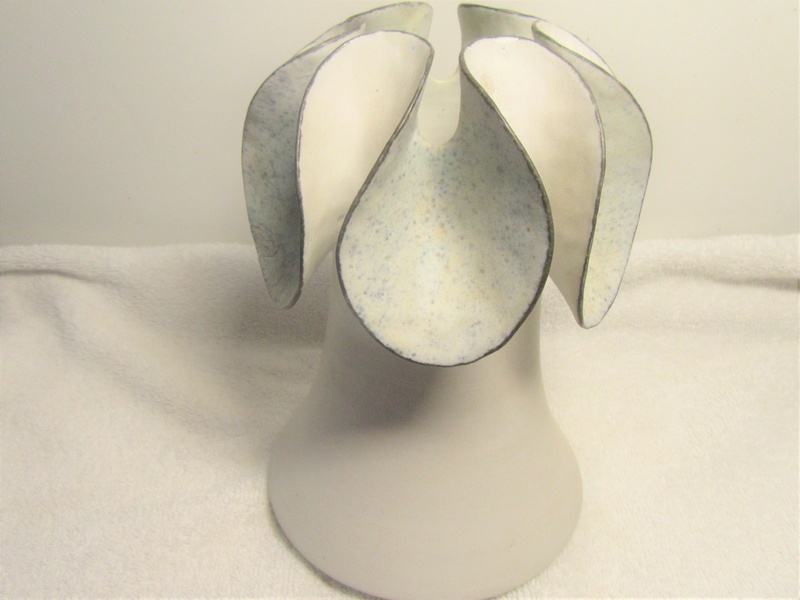 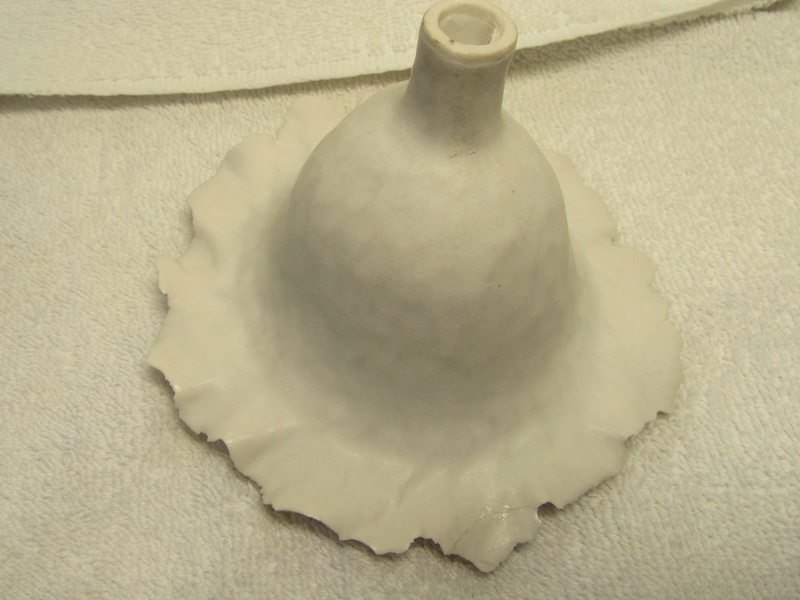 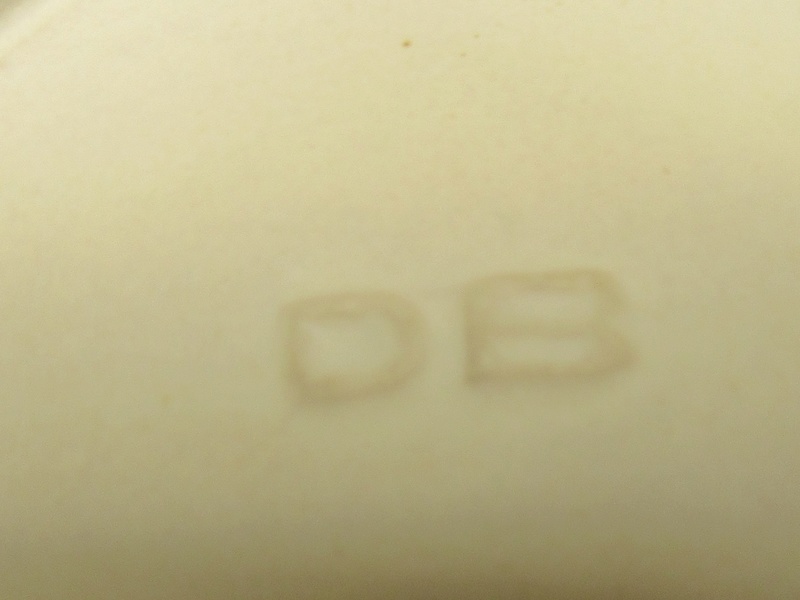 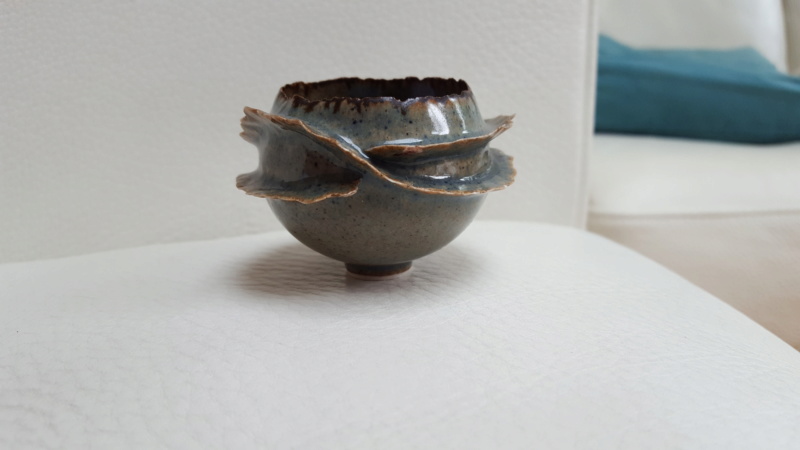 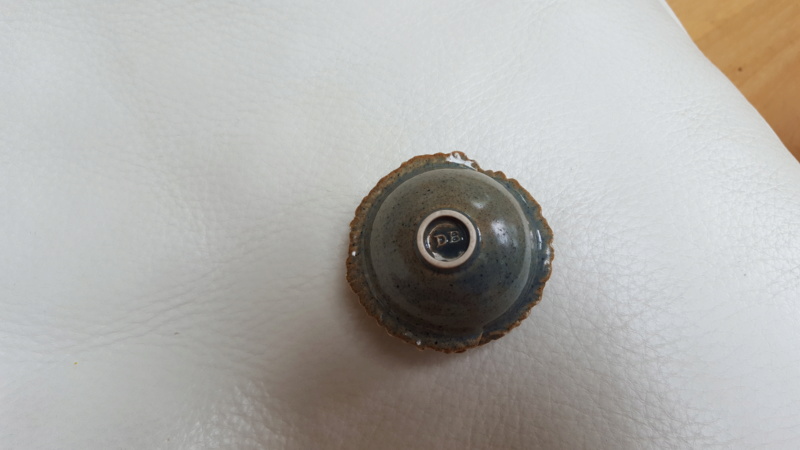 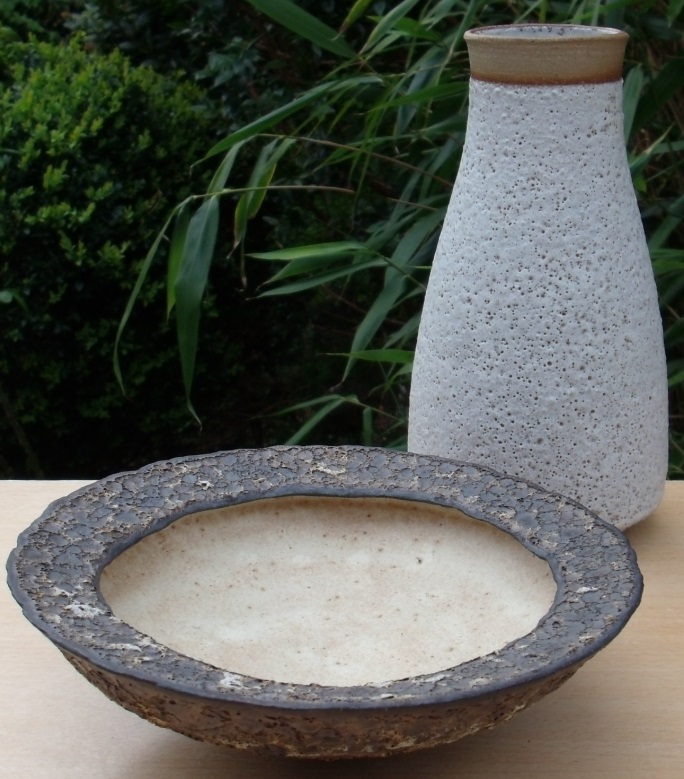 A vase and bowl with her typical lava/volcanic glaze. 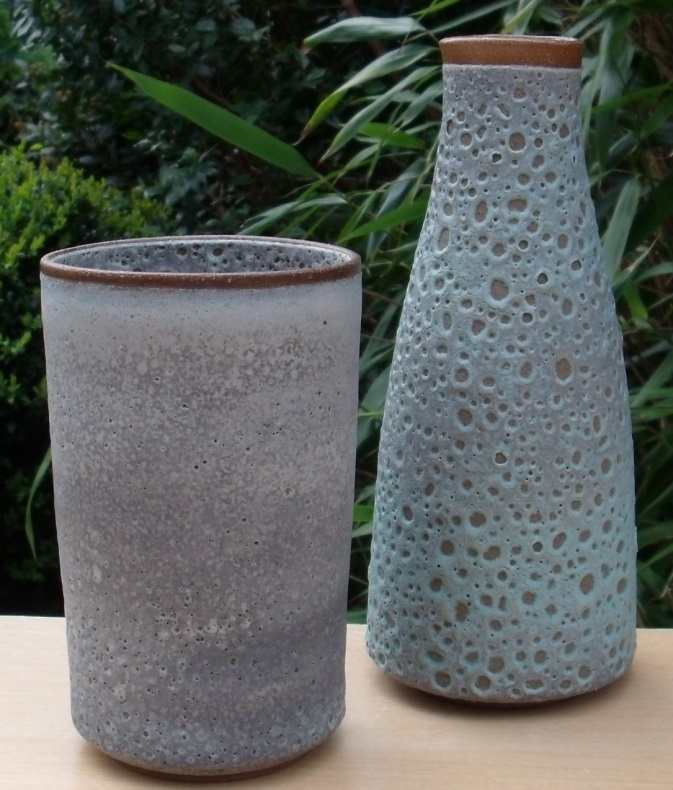 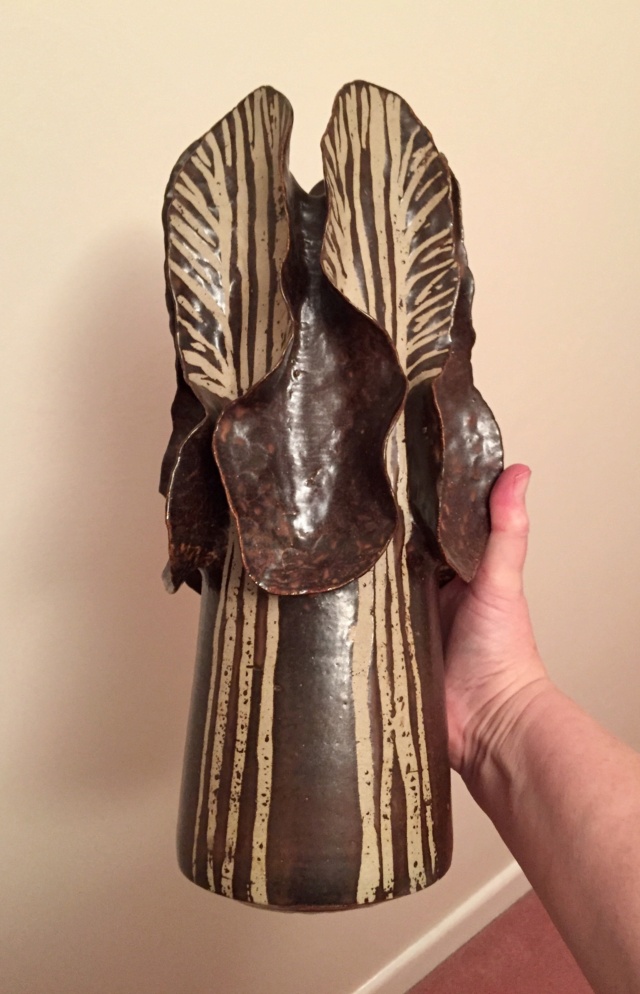 I finally got around to asking Deirdre about the pot above, Naomi. I just sent her the big image and didn't tell her that it was marked and so that is why she uses the word "think".

This was her reply, "The pot was a shock to the system! The foot would be the identification, even without a seal. I had no recollection of making tall versions but that looks like an early version of a family called crowns. Because the glaze is my 'yours faithfully' I think it is mine. Crowns were around when I showed at the CPA 1976 They were a squat version of the image you sent.
_________________
Now you should know by now that Potty and I need to see your bottom - we're funny that way!

Chipping is something that must have happened on many of her pieces from that period.
_________________
Now you should know by now that Potty and I need to see your bottom - we're funny that way!