Picked this Trevor Corser vase up just before Xmas at a local car boot on the last stall of the day. Approx 10" x 7.5". The Leach stamp has been almost fully covered by the glaze.

Trevor Corser was born in Oldham in 1938 and began working at the Leach Pottery in 1964, as an odd job man, which he combined with being a fisherman ( he dived and caught crayfish). He did eventually become a full time apprentice there and was taught by Bernard, Janet & Bill Marshall. After Bernard's death and Bill's retirement, the Leach Pottery continued with just Janet making her own pots in Pottery Cottage and Trevor making his pots in the workshop and looking after the kilns and the shop. One of the delights of going down to St. Ives in the 1990s was to walk up to the pottery and have a gossip with Trevor. He was the first potter asked to provide pots for use at the Tate Gallery when in opened in St. Ives in 1993 and remained at the pottery until it finally closed in 2005. While at the Leach Pottery he used Bernard Leach's old tools to make his own pots, which he felt was an important part of carrying on the Leach Pottery tradition.

Most of Trevor's work was done in stoneware but he did on occasions use porcelain as with this teabowl. 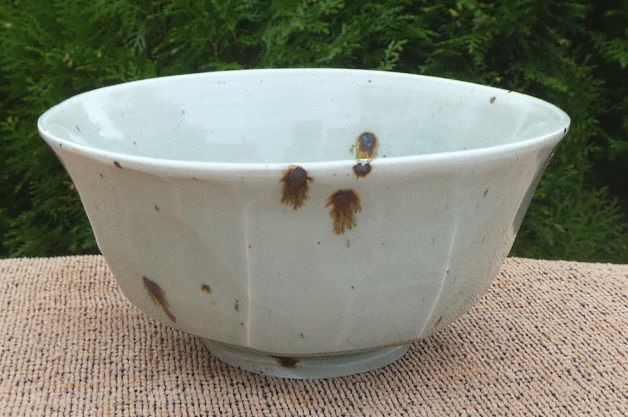 Here's the base of the teabowl above, with Trevor's personal seal and the Leach Pottery seal visible. 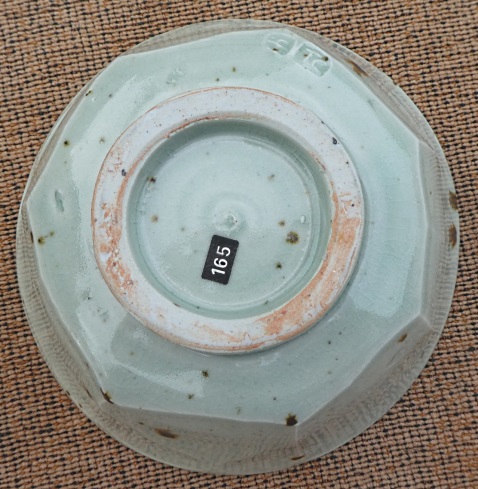 A couple of 3.5 in porcelain pots by Trevor Corser, both inpressed T.C. and St Ives.
(marks glazed over, so difficult to photograph). 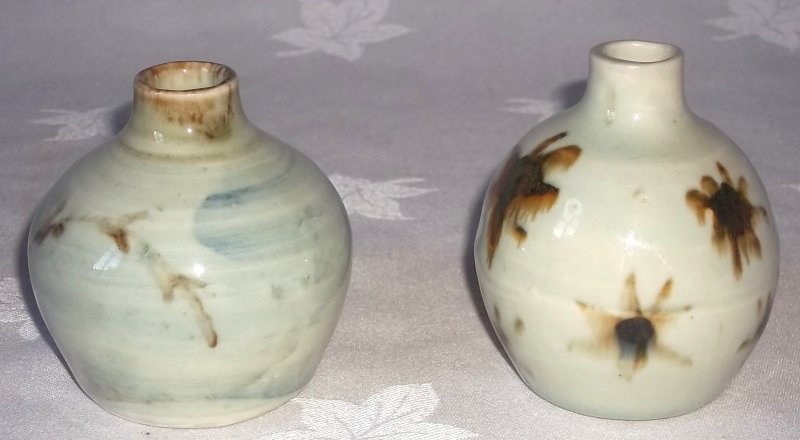 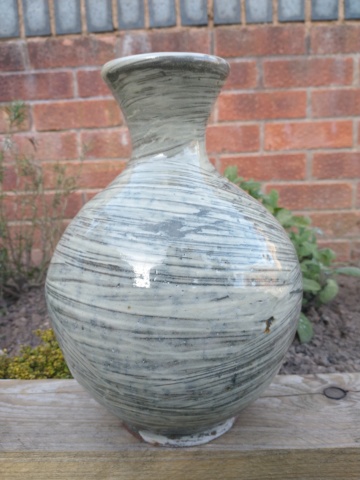 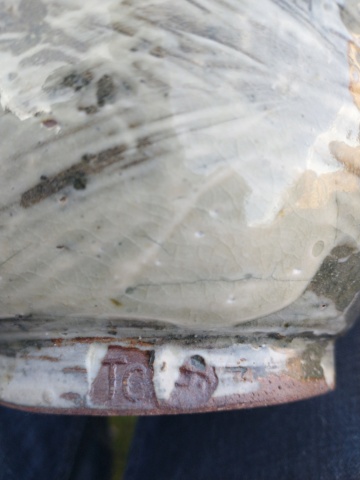 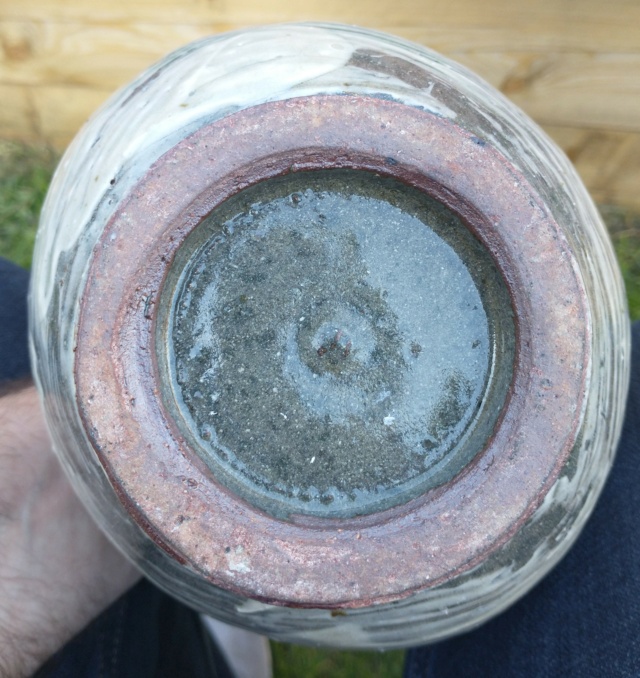 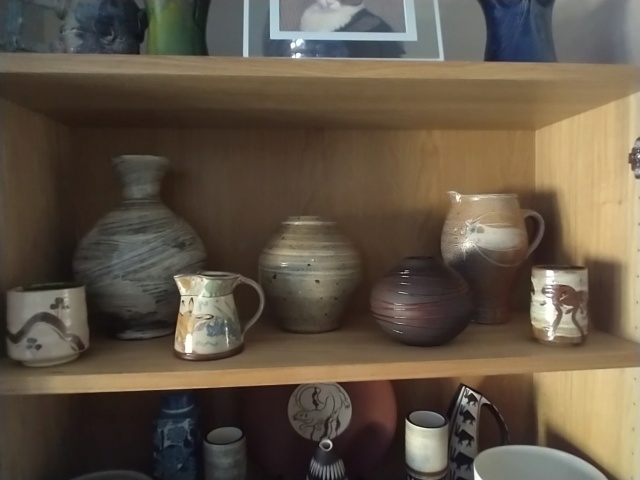