Could someone please help identify this character mug, bought from a flea-market in Berlin, Germany. It seems to have '1996' on the base(!) or '1926'?Looks 20s possibly? Can't find anything similar online, and am unsure what the nationality of the headdress is. Assume it's German?? 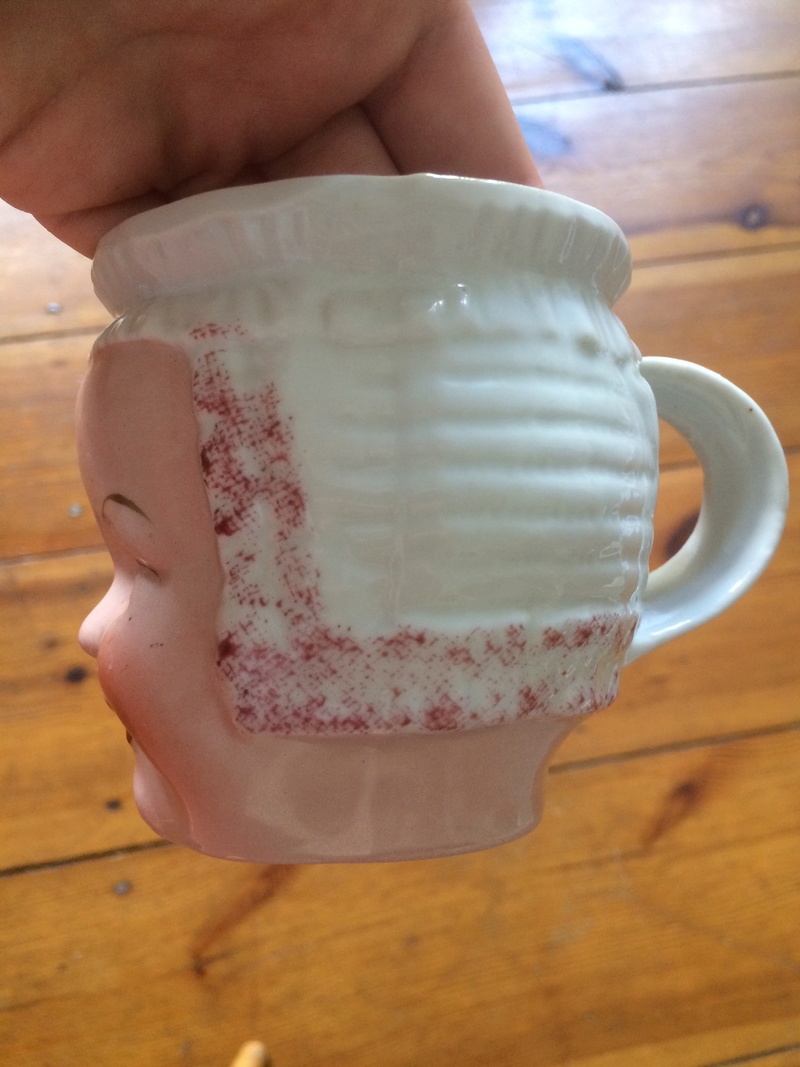 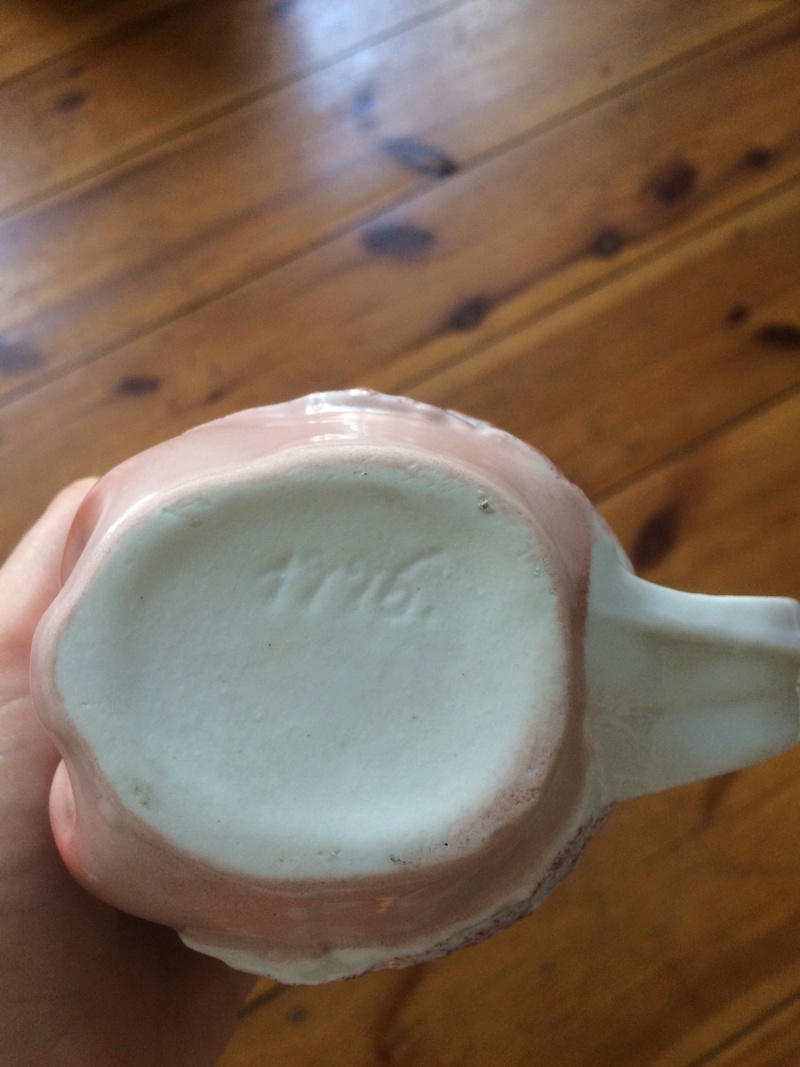 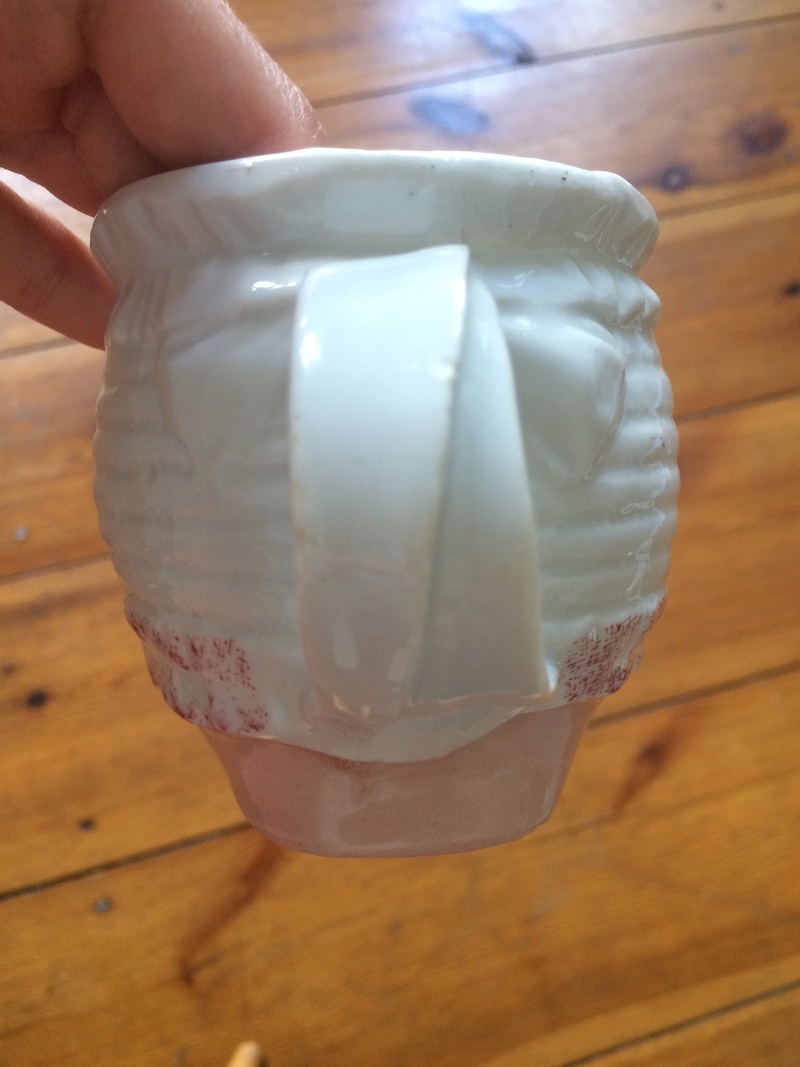 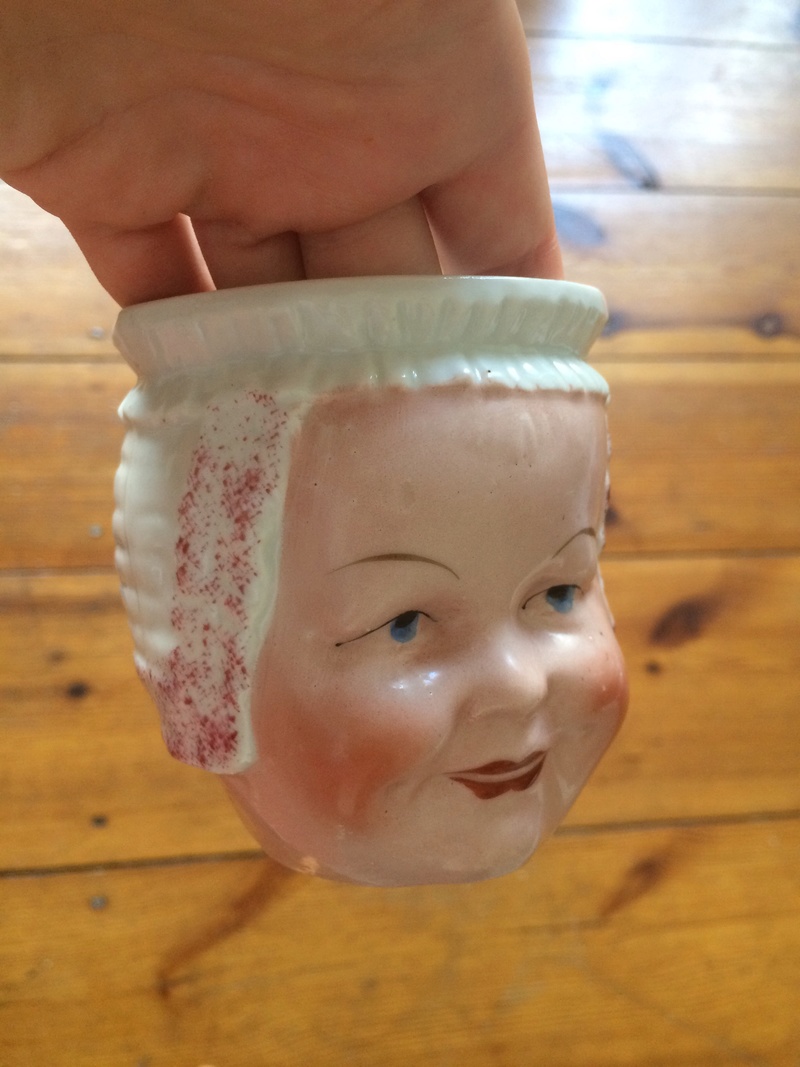 That is lovely :) The numbers and composition look very similar to German/Austrian 'fairings' sold at fairs and tourist locations in the U.K. and elsewhere, from the late 19th- early 20thC. I don't know if there was one manufacturer or many. None seem to be marked with a factory mark. The earlier ones had handwritten numbers; the later ones were stamped. The numbers seem to be a pattern number.
_________________
Carrot cake is just fake cake

Ah, many thanks for this! Will investigate 'fairings' further...