I was told these were made in Cornwall by 'Atlantic Pottery' but I can't find any records of such a studio. 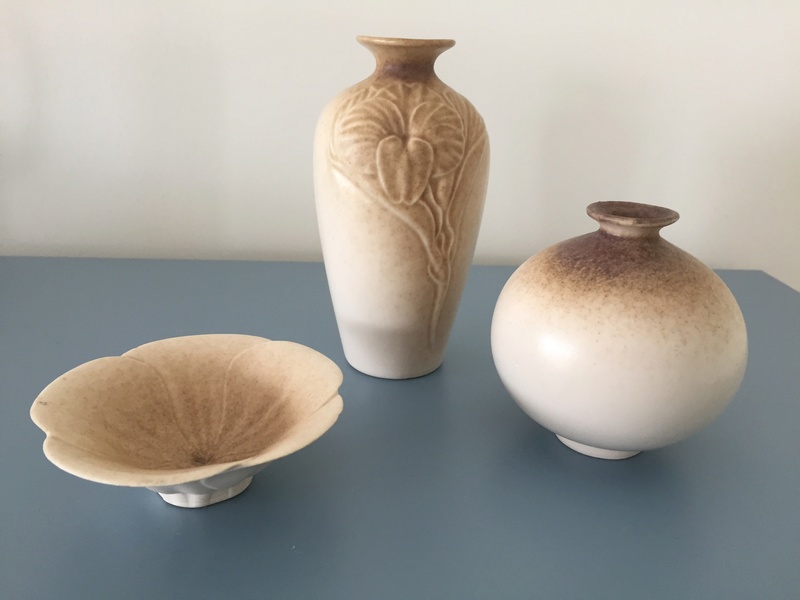 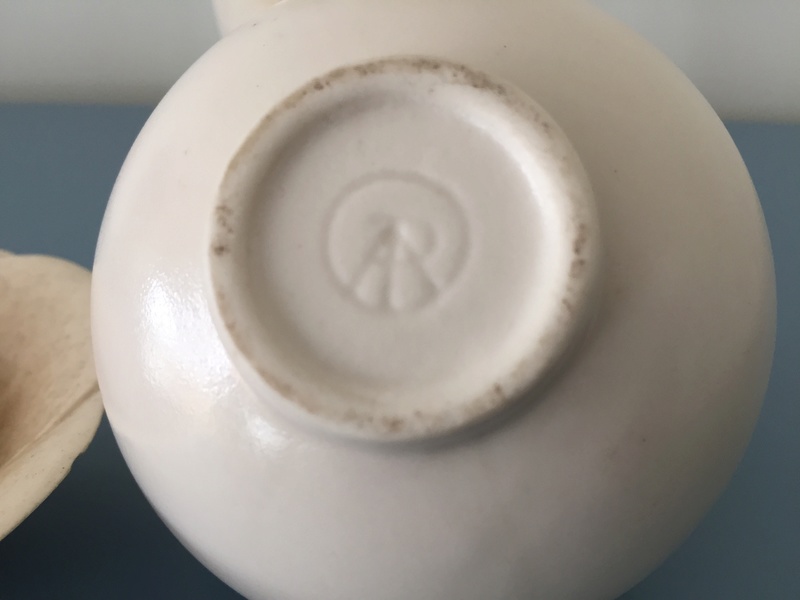 I have discovered that a guy from Staffordshire who was a designer and mould maker moved to Lelant and set up Atlantic Pottery - it only existed for a few years and then closed. I can't find out his name yet.

Found out who the maker is -

This makers mark belongs to Phillip Read - originally from Worcestershire and attended college in Staffordshire. He’s a mould maker by trade making moulds for many south west potteries including Troika. In 1969 he went to work for Eric Leaper at Newlyn Pottery eventually managing it for Eric. He worked with Maggie & Bill Fisher at Celtic. Atlantic Pottery was what he started after leaving Leaper in 1980 it didn’t last long and he said “there can’t be many out there, I didn’t sell too many”. When he closed Atlantic Pottery he started making gold and silver jewellery which he did for 10 yrs before returning to mould making.