Hello!  I've been puzzling over this little jug/pitcher for a long time now.  The mark is hand drawn, what looks like "AD" or "AP" but it could also be a triangle and a V?

- Looks like red clay
- it's a speckled glaze, khaki green - it's glazed in the interior except for the neck, which is red clay.
- not sure if the "Y" black mark is part of the artist mark or if it was placed by the seller (I bought it at a Mormon-run secondhand store in Boise, ID)

I've been digging through marks for a year or so - the closest mark I've found is what was labeled an "early van der Putten", but he is in New Zealand, which seems quite far for this little jug to have traveled. The other potter who has a similar style and glaze is Warren MacKenzie, and possibly his mark could be interpreted this way, but it isn't as similar.

It also kind of looks like the Carolina Soap and Candle Makers pitcher seen here, but this little jug doesn't have glaze on the interior neck:

Apologies that I cannot turn these images :( 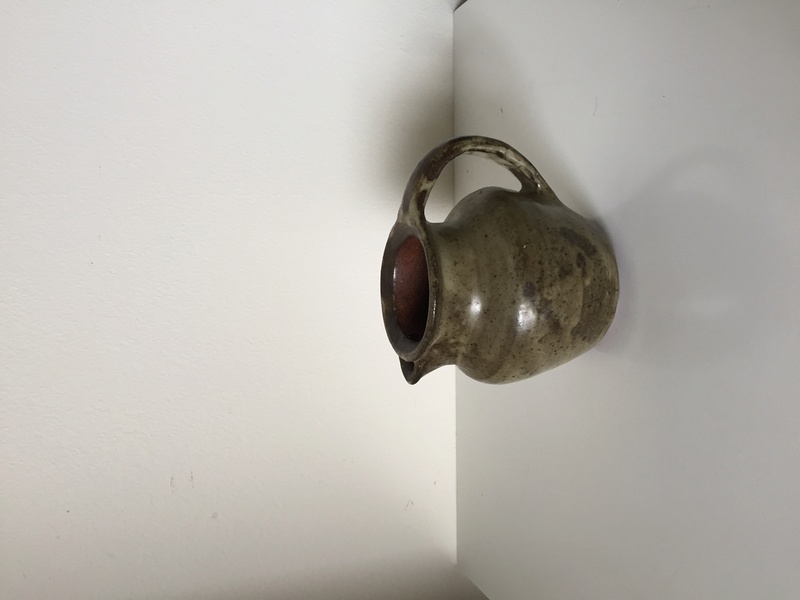 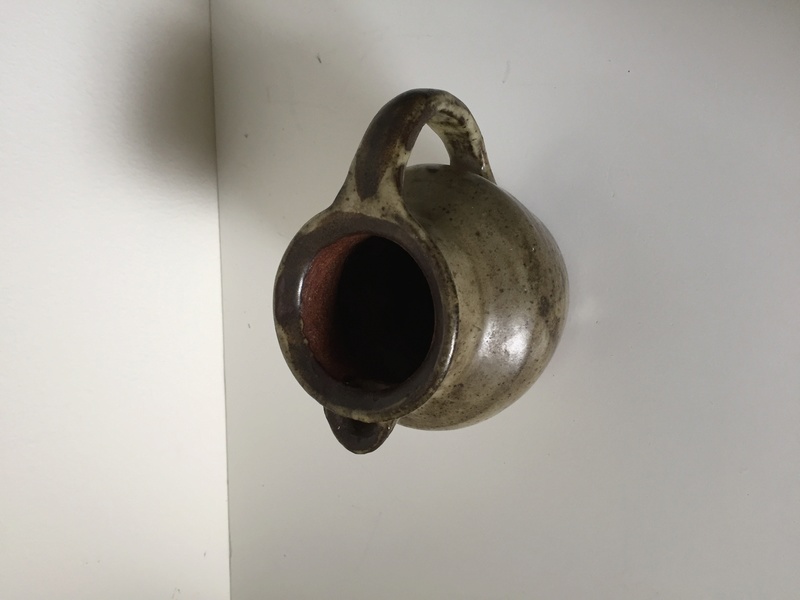 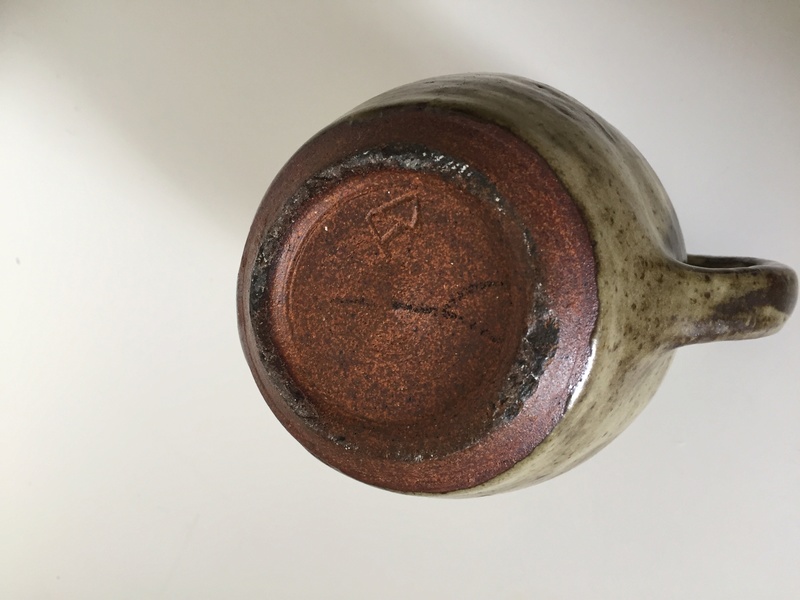 Since I am a new member, it wouldn't let me post direct links to the examples I had found, but I am trying in this reply to upload screenshots. 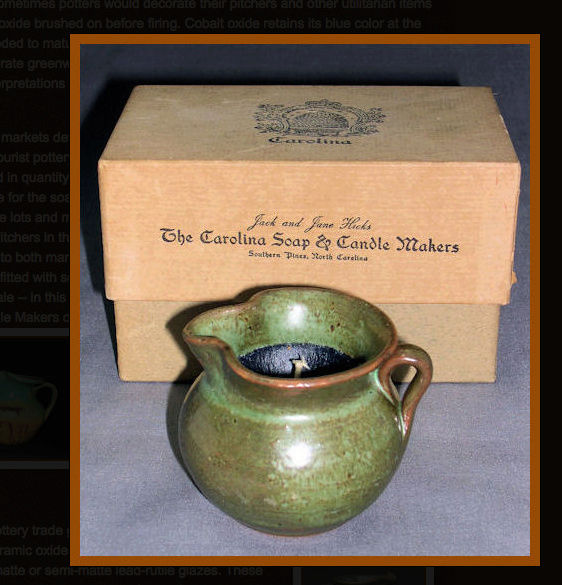 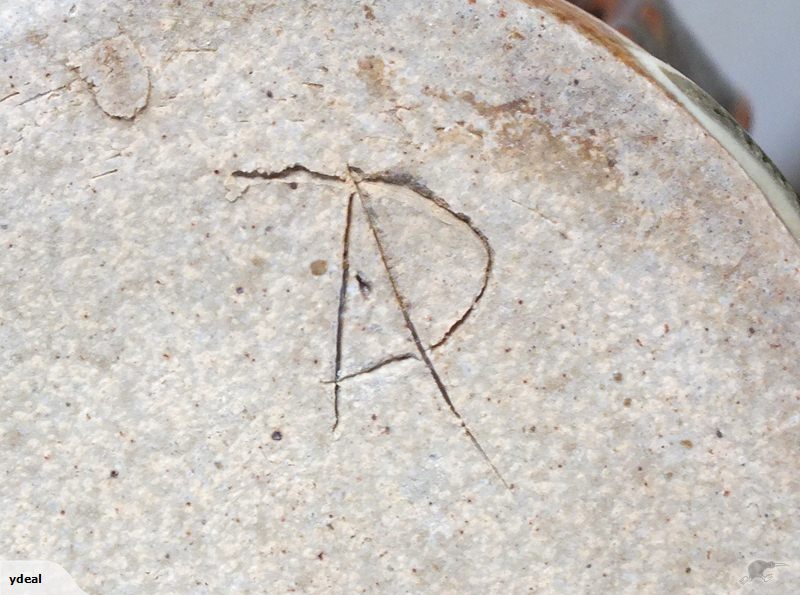 From TheMarksProject .org, Warren MacKenzie (work example, not his mark example - his entry has a lot more examples): 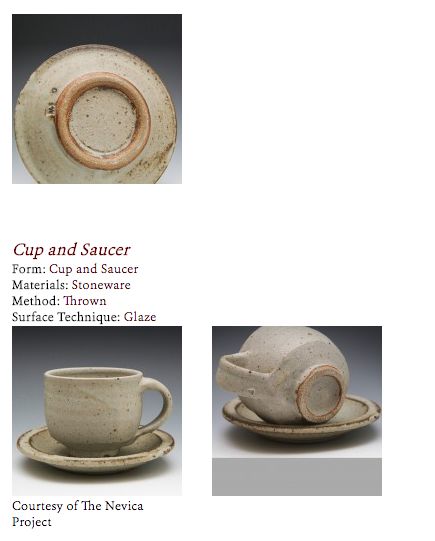 Or, maybe this little jug/pitcher is the work of a pottery hobbyist who was just really good!

I'm afraid it's not a mark I'm familiar with, but when identifying a piece it's best to look at the pot as a whole when comparing it to known pottery - clay, glaze, form - and not just concentrate on the mark. More often than not, the potter will be local to where you found it and there may be other examples of their work - hopefully with a label - in the thrift shops.
_________________
Carrot cake is just fake cake

Thank you! I will centralize my search to Boise and see if I can find other examples that are similar :)