Some great info about the life and work of the late Brian Sutherland, who was not connected to the Broadstairs Pottery - click the links below.

Brian Sutherland was my father, who sadly died of a brain tumour in 1998. He worked alone as a potter, after retiring early from teaching. His enterprise, first called Fairfield Pottery, and then Sutherland Pottery Ltd, was entirely separate from Broadstairs Pottery, which was run by David White and more commercially oriented.
My father particularly enjoyed hand-thrown pots. However, in the early days, with a family of five sons to keep, he made money boxes. The earliest designs were piggybanks produced in hand made plaster of paris moulds. I well remember having to fill them with jugs of slip as a young lad in the early Sixties. Amazingly, he would paint the owner's name on one side, and an original illustration of their choice on the other, e.g. a toy room once, I recall, and all for the sum of seven shillings and sixpence (35p). The regular model can be seen on the left in a photo on the "Early ceramics 1" gallery at the link in the first post (Sorry, I'm not allowed to post the link myself as a new member). I would love to see any that have survived!

Thank you for the information, Paul, and the link you mention above is: -


As this thread pre-dates my joining the Forum, it is the first time that I have read it. I had often wonder who the Brain Sutherland who wrote the formative book "Glazes from Natural Sources" was and now I know.
_________________
Now you should know by now that Potty and I need to see your bottom - we're funny that way!

Early bull money box with lift up lid on head. By Brian Sutherland 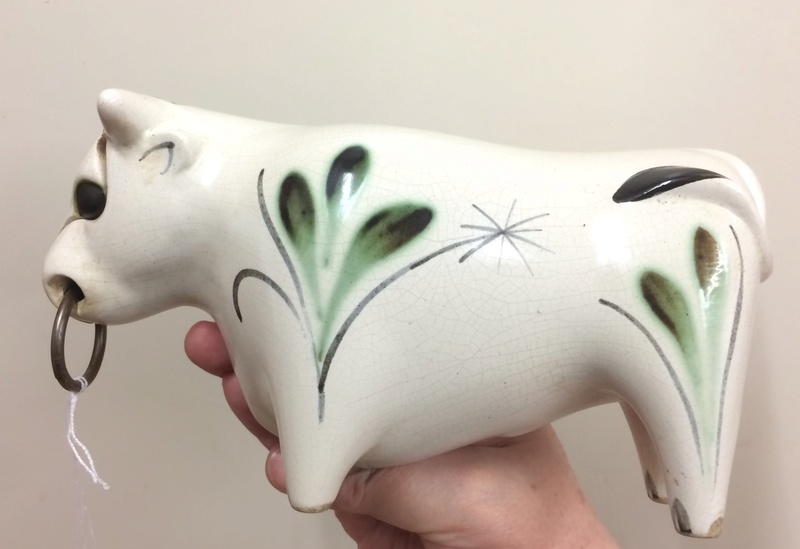 The black version.
Later versions didn't have the lid, and were stamped with the pottery's mark on the leg 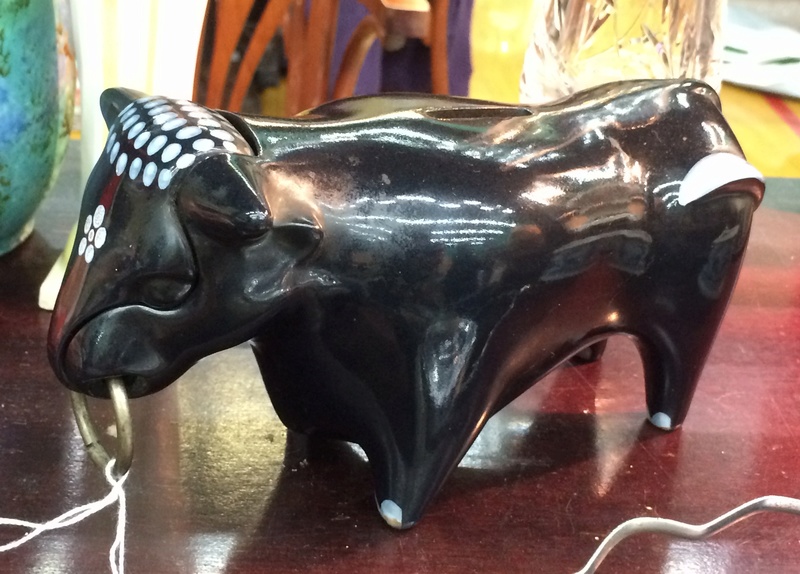 A little Stoke Gabriel Lotus Pottery like but I've never seen anything with a swing head emptying mechanism before.

The pivot is bamboo but I think that's just so it could be assembled inside rather than indicative of anything else. 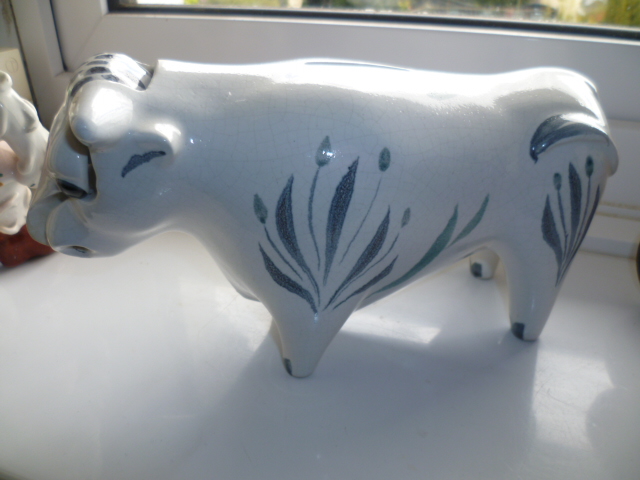 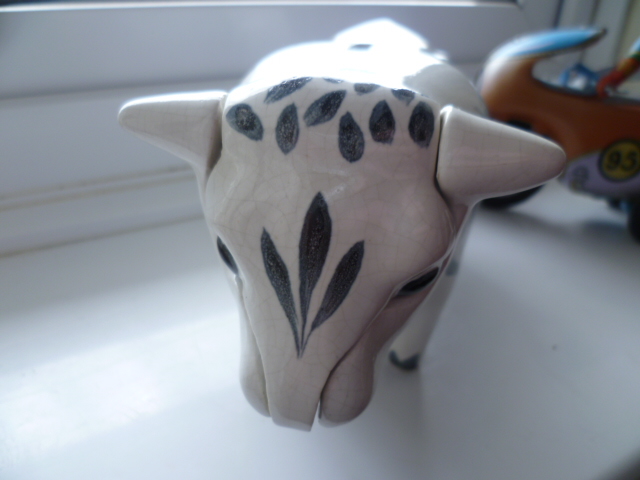 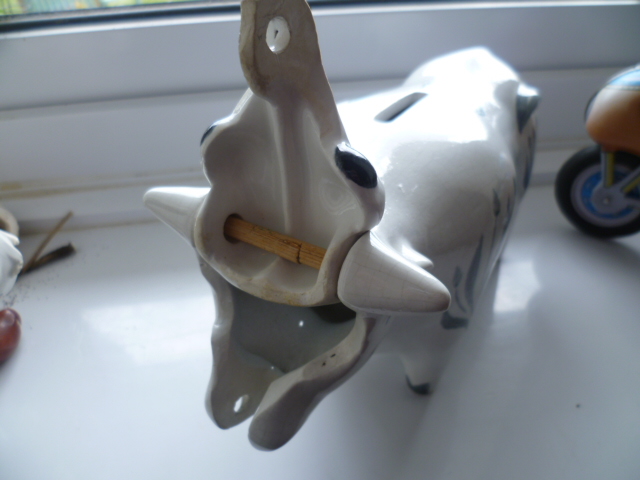 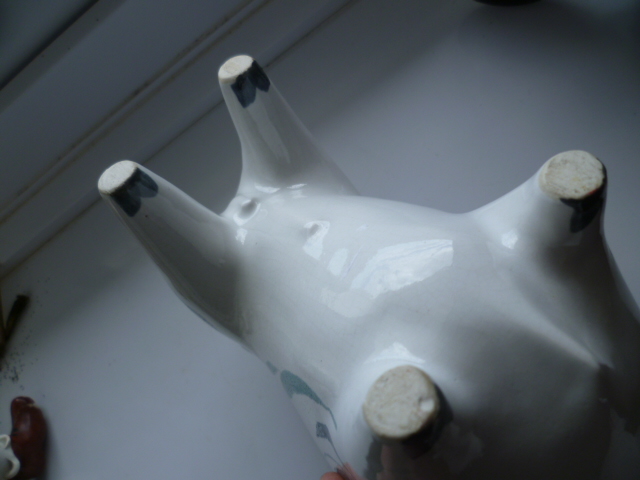